Under 21 A North Championship 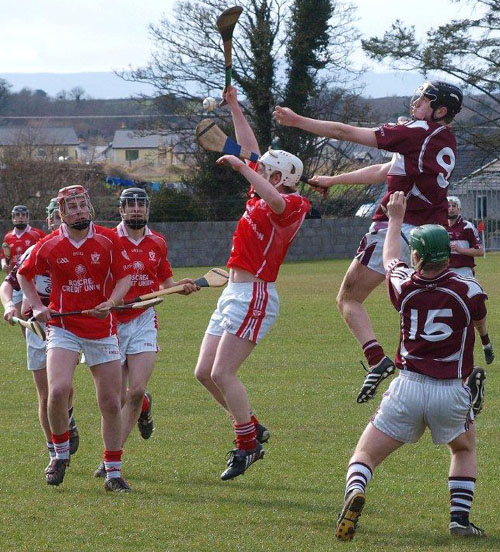 Dan making a jump for the ball

Some action from the game 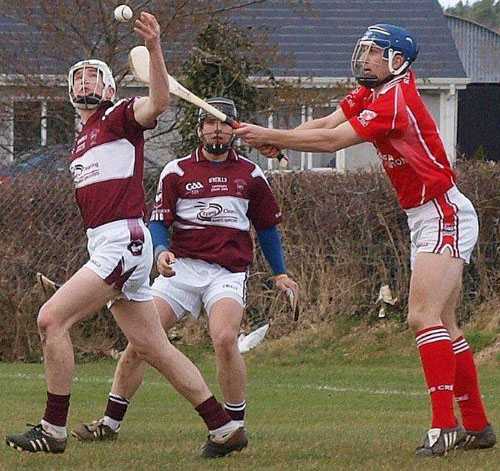 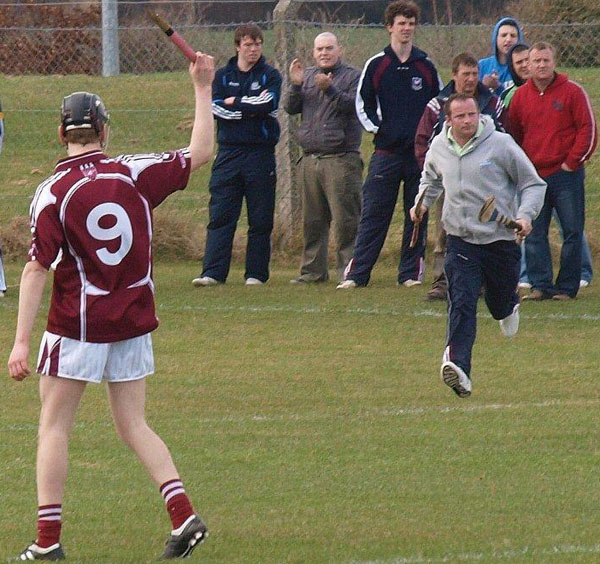 Dan calls to the line and Cecil reacts first 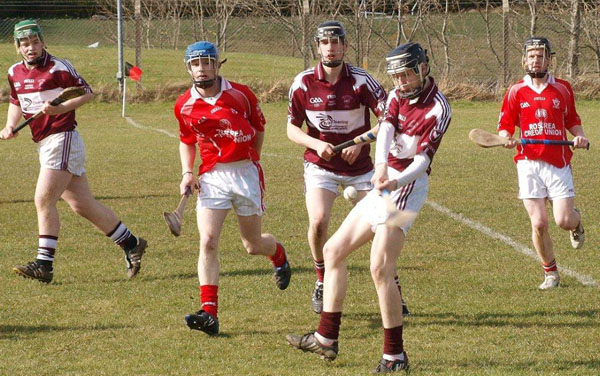 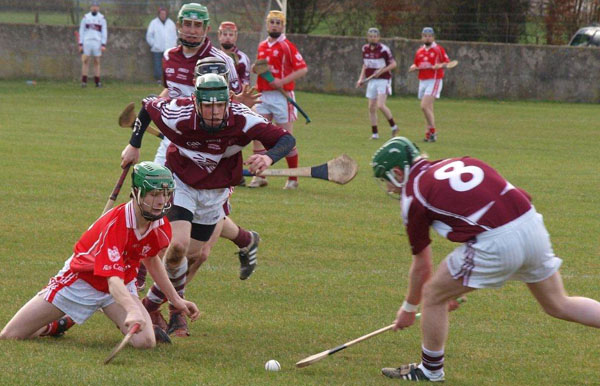 William (Chezney) gains possession of the ball with Barry looking on in awe!!!!

Borris-Ileigh were victorious on Saturday last when they beat Roscrea in the U21 A North Hurling Championship. The final score was 17 pts to 12 pts. 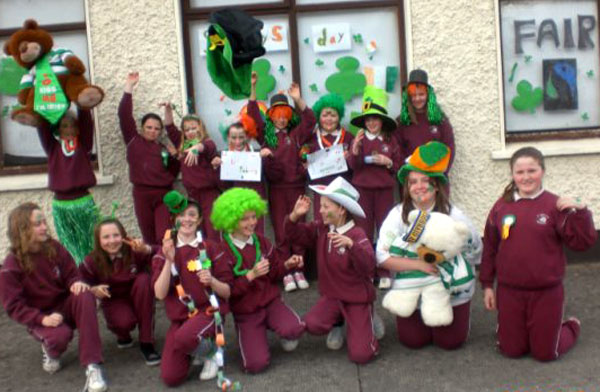 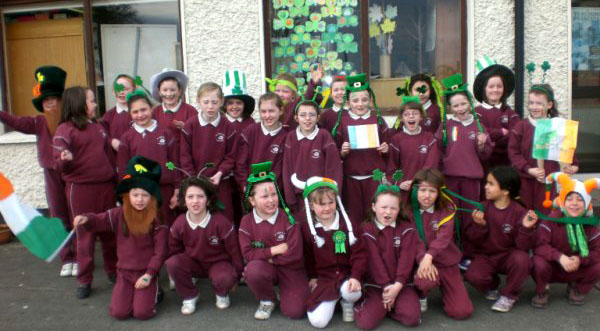 Some recent pictues of the students in St. Theresa’s N.S. during Seachtain Na Gaeilge 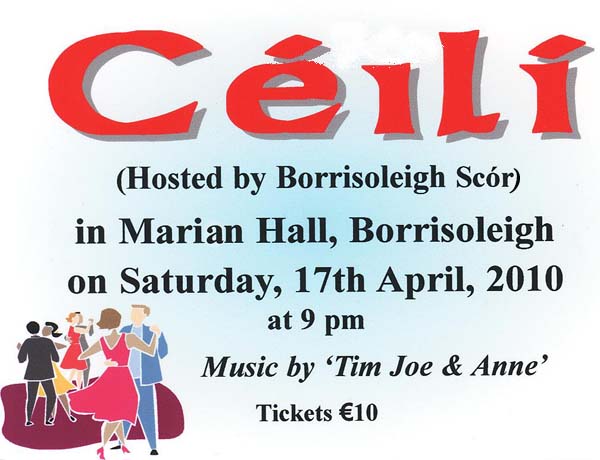 Transition Year students from St. Joseph’s College held a Fashion Show in the school on Friday last March 26, to raise funds.  A great nights entertainment was had by all. Fashion on the night was from Moran’s Thurles & Roscrea, Glamour Puss Nenagh, Ryan & Harty Nenagh, Sable,Thurles, Lár na Páirce Thurles, Polka Dot Nenagh, Primadonnas Nenagh, Bizarre Thurles, Borrisoleigh GAA Merchandise, Gúna Galore Roscrea. Hair was by Mary’s Hair Salon, Borrisoleigh and Make -Up by Carmel Ryan. A big thank you to all the models, students-past and present and the teachers who modelled so professionally on the night. Thanks also to all those who sponsored spot prizes and helped out in any way.

Patrick and Michael showing the men’s wear while Miriam looks lovely in this floral jacket!

Teachers Rebecca and Joan change profession for the night!!

Daniel escorts Louise while  Robert accompanies Aoife down the catwalk

Niamh and Brendan in the spotlight while Seamus and Eimear strut their stuff!!

Dean and Dylan in Borris style while Michael escorts Grace

For more photographs of the night please click here 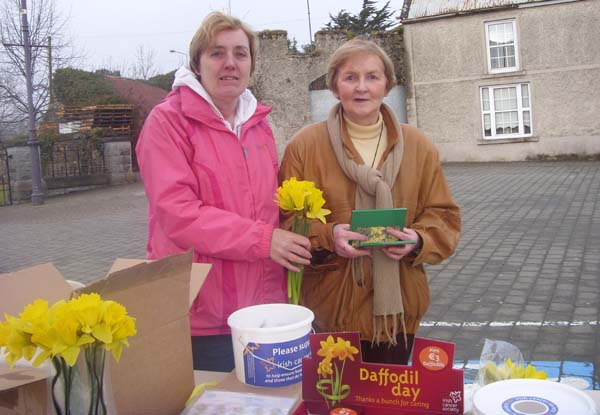 A huge thank you to everyone who came out to support us on Daffodil Day, Friday 26th March!
A special thanks to the volunteers who gave up their time.
Thanks to Hurley’s shop and Stapleton’s pub for providing refreshments to the volunteers during the day.
Every daffodil, pin or merchandise purchased by you on Friday allowed the Irish Cancer Society to continue to provide its free nationwide cancer information and patient care services.

Thanks again for your continued support!
St. Cualan’s Senior Citizen’s Outing to Roscrea 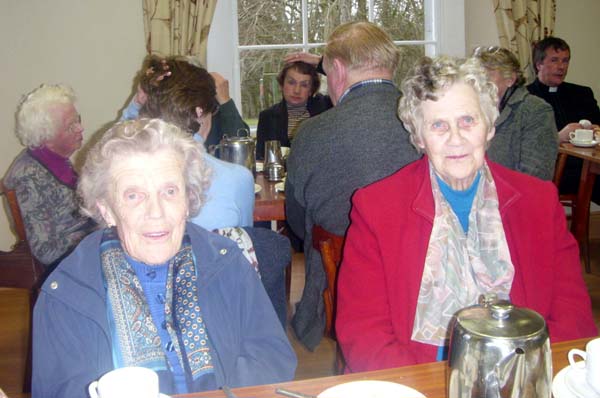 Ide Costello and Kitty Halloran enjoying a cuppa!
The annual Senior Citizens outing organised by the ladies of St. Cualan’s Committee took place on Thursday last March 25th. This is an annual event where the group have the opportunity to receive the sacrament of Penance for Easter. The food and the friendship that they receive from the Cistercian Monks always makes this a very enjoyable and memorable occasion. 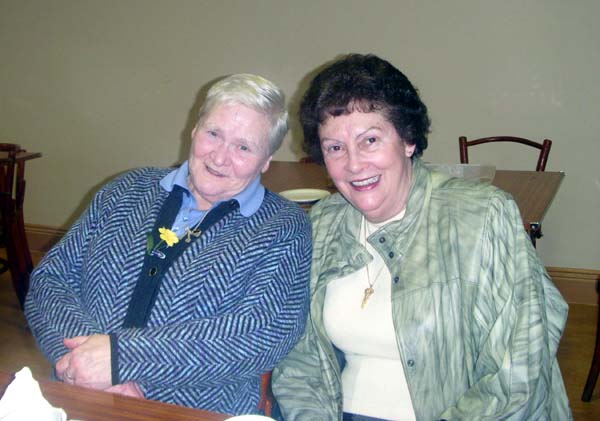 Biddy Young and Mary Cornish enjoying the day out! 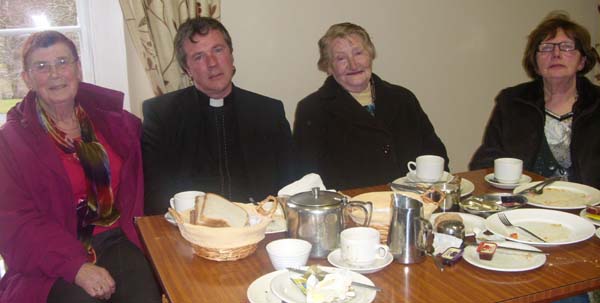 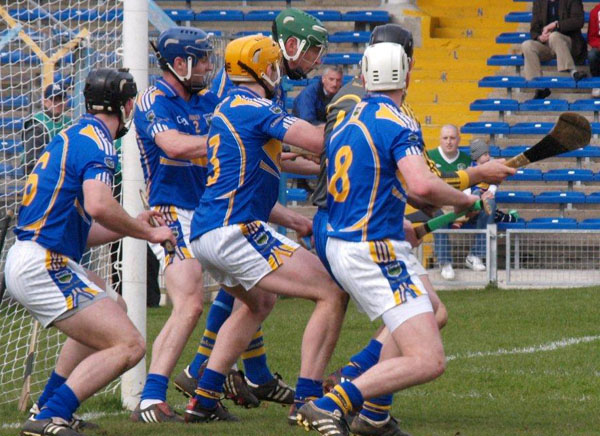 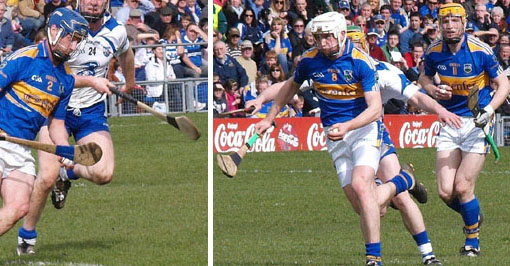 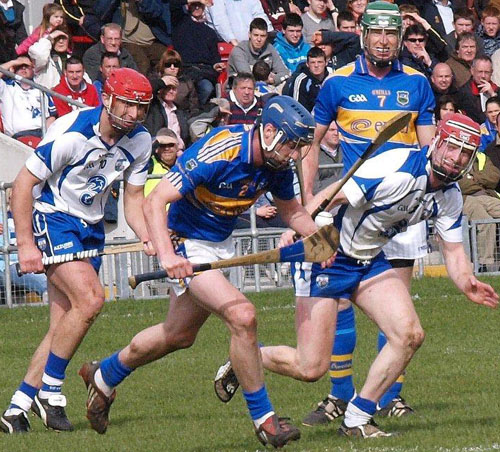 Paddy taking possession of the ball!!

Clodagh Macra  Managing your Finances, Taxation and Benchmarking your Farm Performance Talk
There will be a talk held in the Marion Hall on Thursday April 8th hosted by North Tipperary Macra and IFAC. The talk is on Managing Your Finances, Taxation and Benchmarking your Farm Performance. It will run from 8pm to 10pm. This talk is open to all and has been very successful and beneficial to all in the farming sector in other regions.
Congratulations!!
Also Clodagh Macra would like to congratulate Annemarie Kavanagh and Rory Kennedy, both of whom are now through to the final of the National Talent competition. The semi final was held in Cashel on Sunday last in Boru Boru, Cashel. It was a highly entertaining night and there was stiff competition from seven other counties! Annemarie was one of two solo singers to be put through, and Rory competed in the solo instrumental competition. Also well done to Maria Ryan, who competed in the mastermind competition and very narrowly lost out on a place. The final will take place on Sunday May 2nd in the National Concert Hall, Dublin. Tickets can be booked through the club secretary.
Borrisoleigh Scór
Senior Scór

Heartiest congratulations to the Set Dancing group who are the 2010 Munster champions of the senior Scór competition which was held in The Tinteán Theatre in Ballybunion recently.The dancers include Michelle Maher, Pauline O’Brien, Margaret Ryan, Aileen Óg Groome, Thomas Walsh, Henry Groome, Declan Maher and Peter Ryan. They will now compete in the All-Ireland which will be held on 24th. April in the I.N.E.C. , Gleneagle, Killarney. Anyone needing tickets for the All-Ireland, please contact Mary Bourke at 087-2160430.
Scór na bPáistí County Final Winner 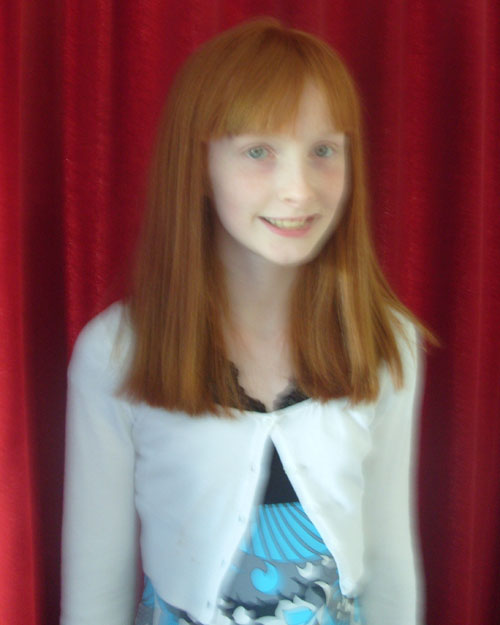 Well done Orla! Scór na bPáistí
Well done to Orla, who brought a county title to Borrisoleigh in the Co. Final of Scór na bPáistí at Halla na Féile, Casel on Sunday night last. Orla’s winning recitation consisted of an extract from Angela’s Ashes by Frank Mc Court. Congratulations also to the Quiz team of Declan O’ Connell, Eoin Stapleton and Orla Ryan who came second by a single question to an excellent Sean Treacy’s team after three tie-break rounds at the end of the competition. Well done to all concerned!
Marian Hall Lotto 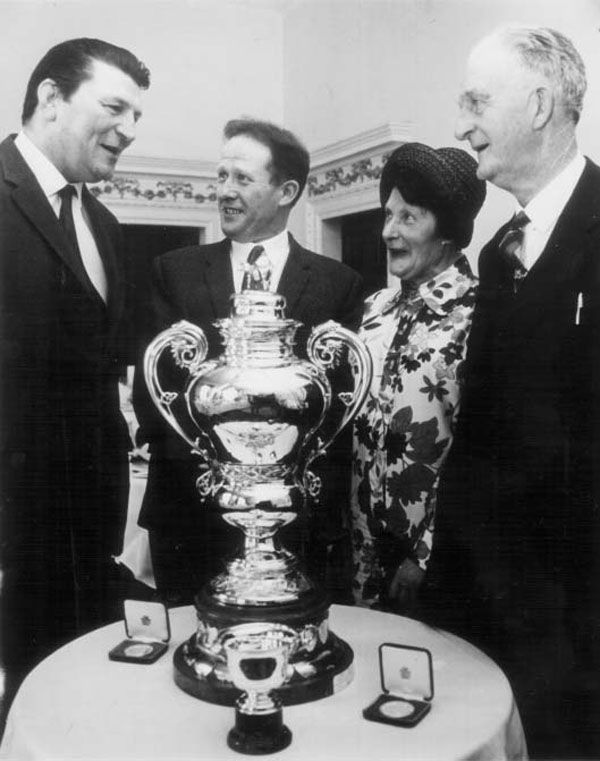