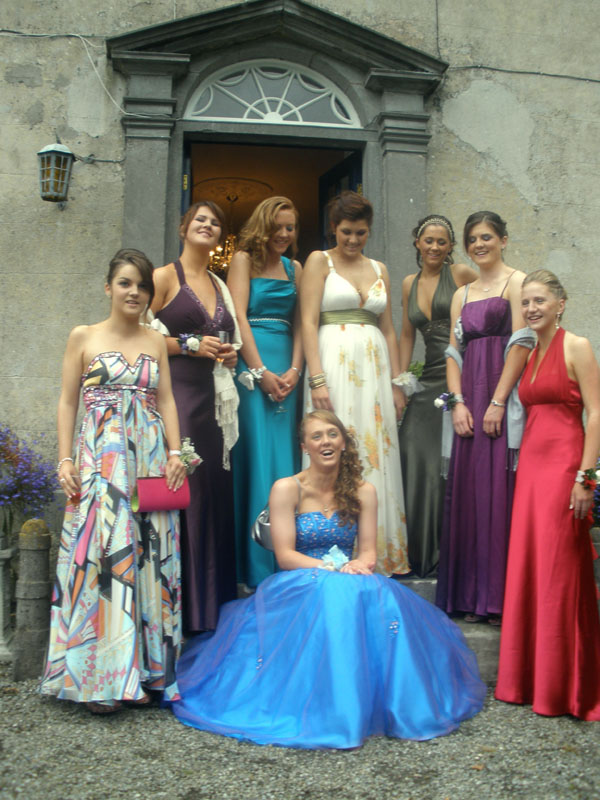 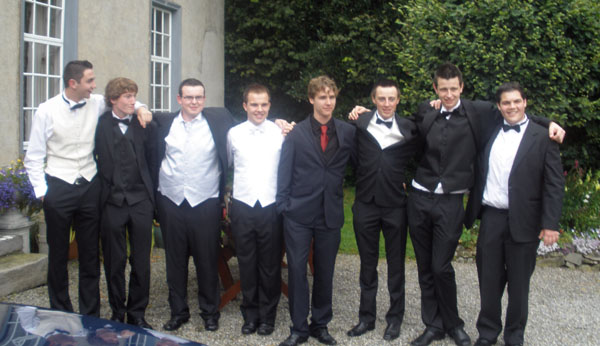 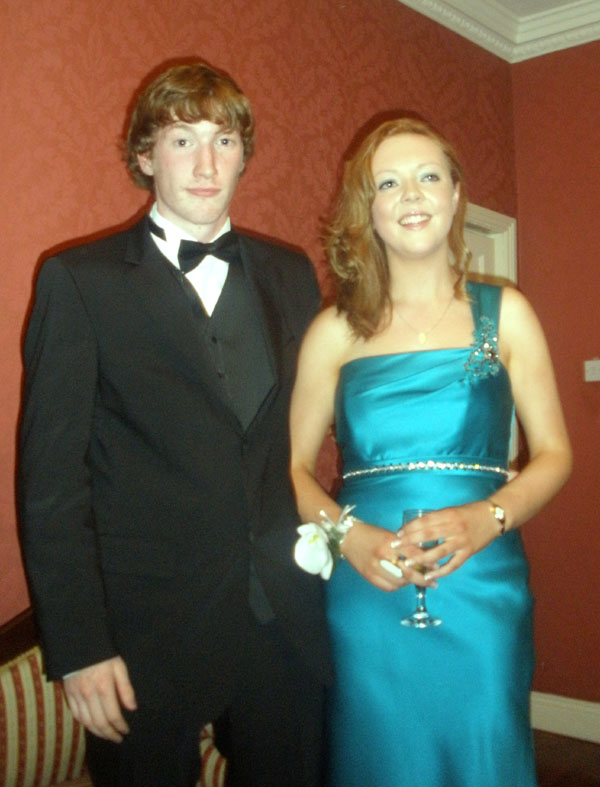 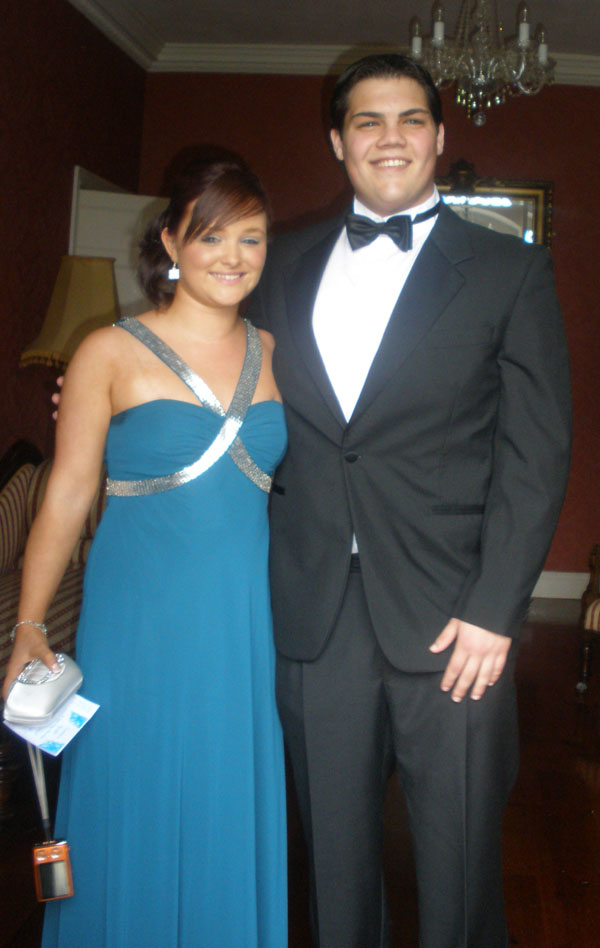 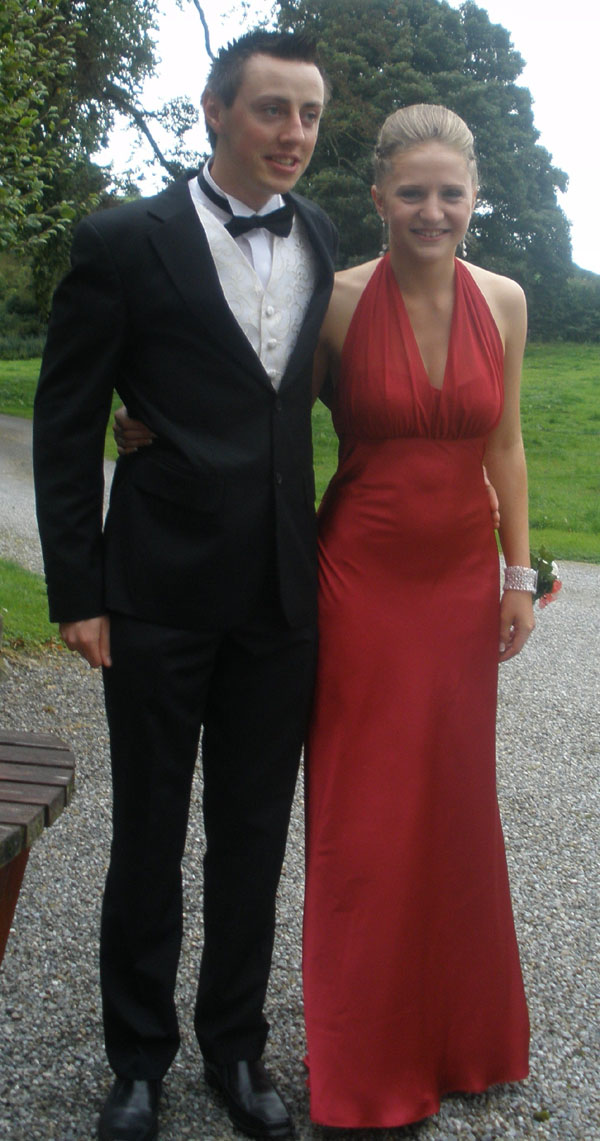 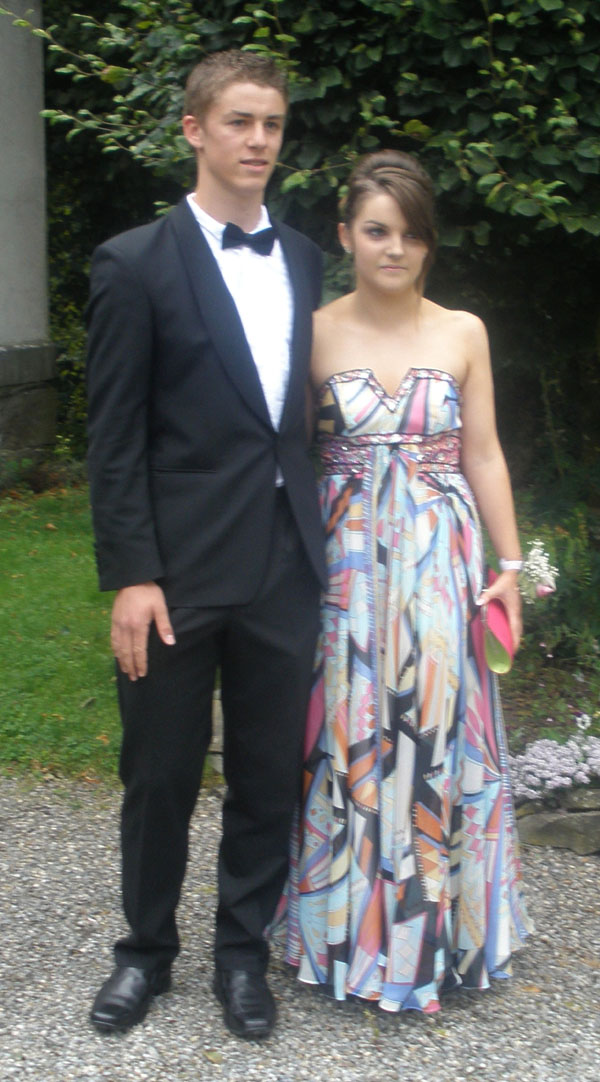 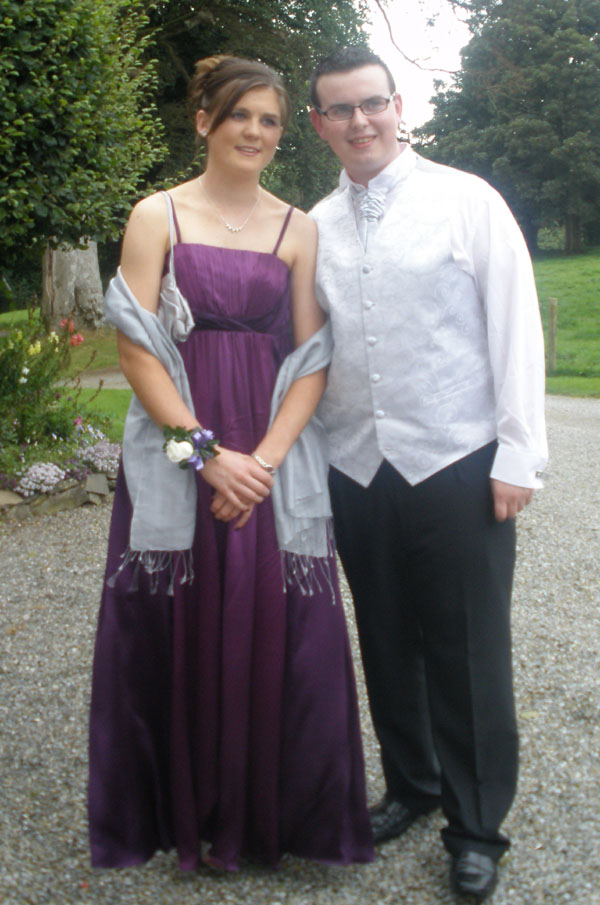 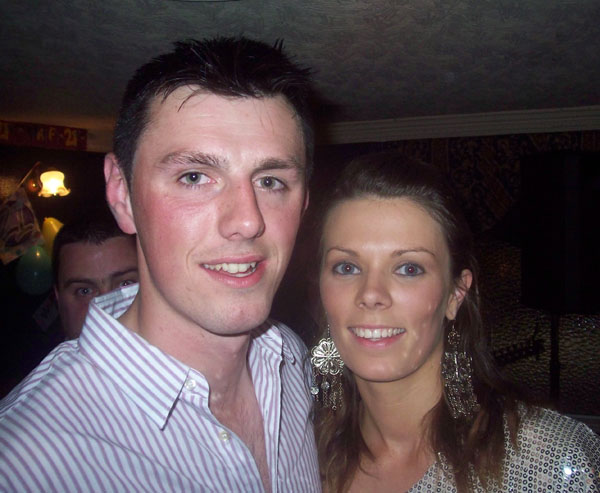 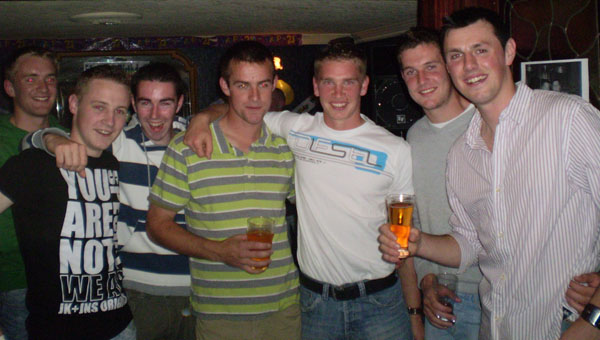 Ciaran celebrating with some friends 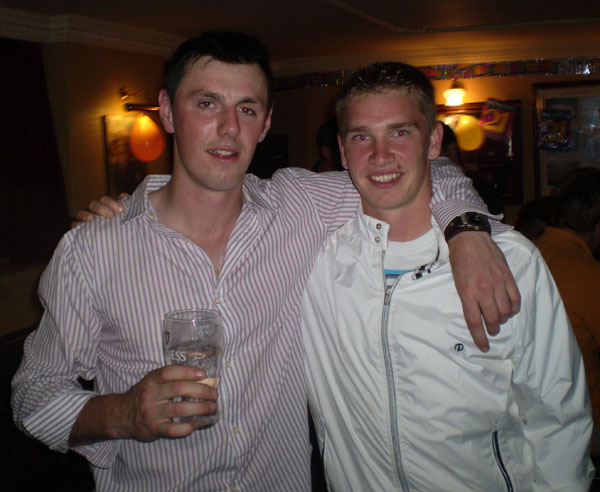 Ciaran and Brendan enjoying the night 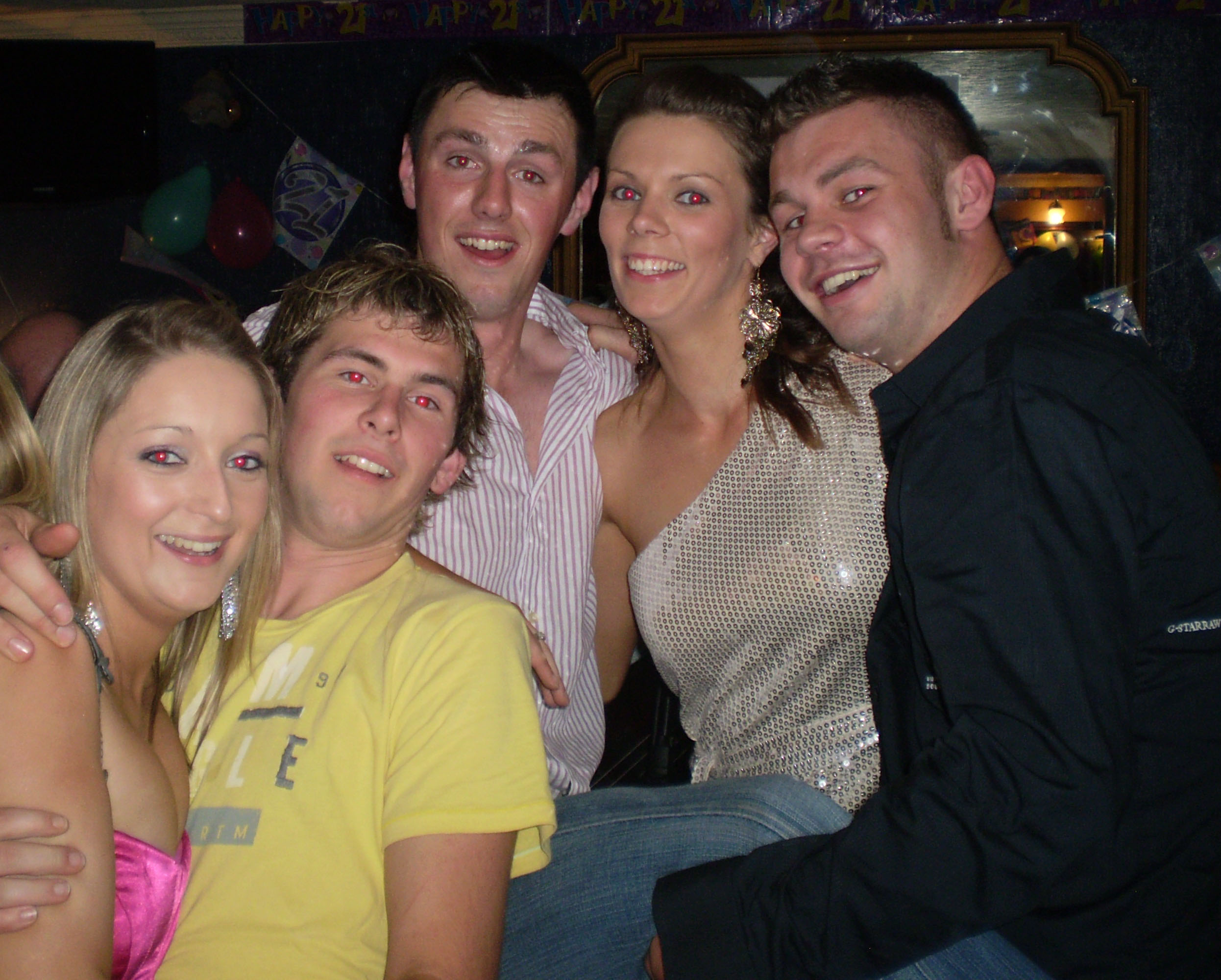 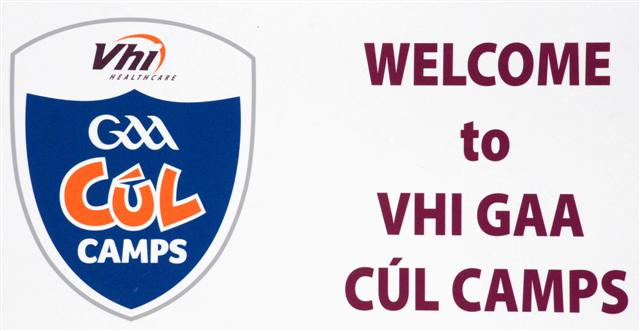 Borris-Ileigh Juvenile GAA club hosted the VHI Cul Camp from the 10th to the 14th of August. Head coach for the week was Len Gaynor, well-known from his playing and coaching career with Kilruane MacDonaghs and Tipperary. He was joined by eight highly skilled and personable coaches from all around North Tipp. These were Stephen Murphy (Kilruane MacDonaghs), Colm Gleeson and John Sheedy (Portroe), Philip Donnelly (Shannon Rovers), Triona Dunne and Maria Tynan (Toomevara), Pio Kennedy (Templederry) and Joe Gallagher (Kildangan). 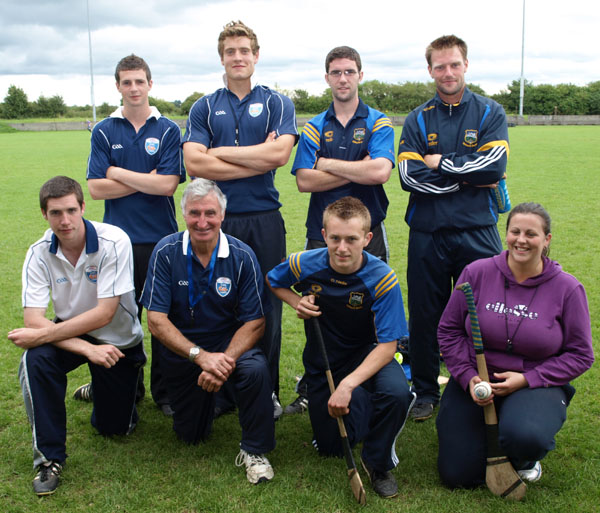 Pictured here are the coaches who made the week so enjoyable for all!
The camp was visited on the Wednesday by no less than five Tipperary players who happily spoke to the children, signed autographs and posed for photos. These were our own Brendan Maher and Paddy Stapleton, Shane McGrath (Ballinahinch), Seamus Callinan (Drom-Inch) and Paul Curran (Mullinahone).

The weather for the week was perfect, always dry and bright. 103 children from ages 6 to 14 attended this year’s camp and most, if not all, had a great time. There was a great atmosphere around the Park over the course of the week, helped greatly by a brilliant level of behaviour and cooperation from everybody. Paula and Michael Ryan, Brendan Kenny and Ruairi O Connell lent a hand over the course of the week, dispensing first-aid, water and refreshments for the coaches, among other tasks. Well done to everyone – coaches, helpers and especially, children on what was a most enjoyable and successful week.
To see all the action from the week go to: http://www.borrisoleigh.ie/photo.php
Borris-Ileigh Juvenile GAA Club Borris-Ileigh Panel U12 North Finalists 2009 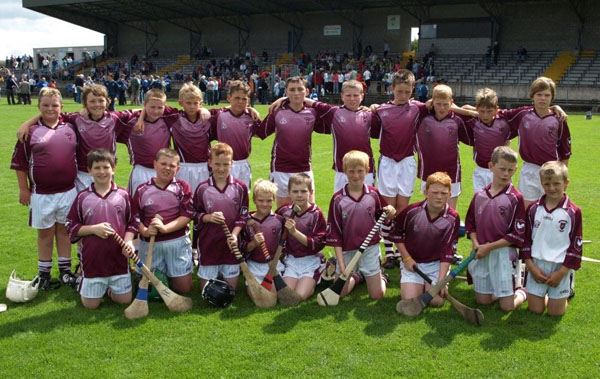 Fixtures & Results:
Commiserations but well done also to our U12 hurlers who lost out narrowly to Moneygall in the U12 North Final last Saturday in Nenagh. Playing against the strong wind, a tremendous first half display limited Moneygall to 0-5, but we were unable to get on the scoresheet ourselves in that period. However, with the wind in our favour in the second half we were confident we could overhaul Moneygall. However, a strong defensive display from Moneygall along with a number of saves from their goalkeeper and some near misses we were unable to reel them in and despite not conceding in the second half we were beaten on a score of 0-5 to 0-2. Throughout the game all players gave their all and in the end only one score separated two great teams. Best of luck to Moneygall in their County semi final. The Borris-Ileigh lads have put in a tremendous amount of effort throughout the year and since the 7th March have had numerous training sessions and also played 18 matches in both championship and challenge games. Their hard work and that of the management team of Ruairi, Denis and Michael almost paid off. Well done to all concerned and best of luck to them in the Plate competition. This was due to begin on Friday against Burgess but has now been deferred to next Tuesday 25th August.
Heads or Tails 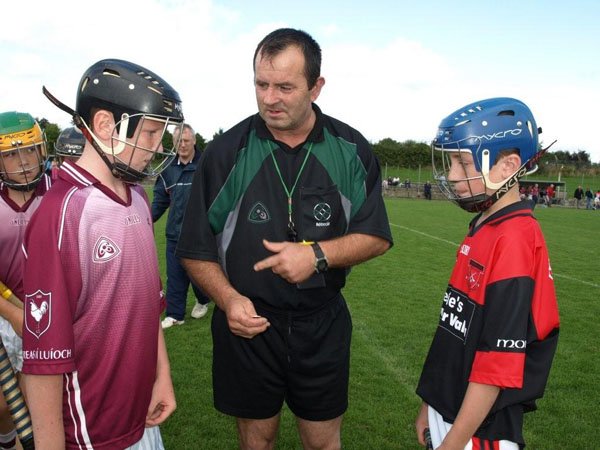 Our U14 Hurlers played Shannon Rovers in the North semi-final last Monday in Portroe. A very strong and skillful display saw us emerge winners on a scoreline of 7-9 to 1-7. We now play Moneygall/Ballinahinch in the North Final next Saturday 22nd of August in Templederry at 5pm. Congratulations and well done and best of luck to the Panel and Mentors in the Final. Please support the team on the day

Well done to Jack Hogan and Sean Kenny who took part in the mini sevens game at half time in the All-Ireland semi-final last Sunday in Croke Park.Well done also to Paddy Stapleton and Brendan Maher who played their part in Tipperary’s win over Limerick last Sunday.


Up for the Match! 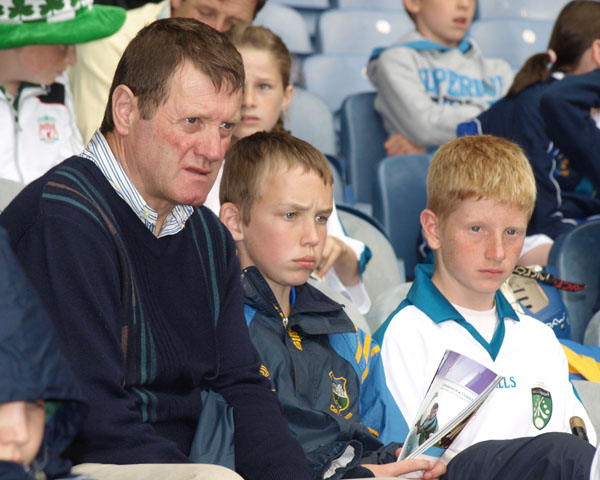 In colourful mood are the Kenny family originally from Thurles and Borrisoleigh and now living in Longford. They haven’t fogot their roots!!
Tipperary defeated Limerick by 6-19 to 2-7 in the All-Ireland Senior Hurling Championship Semi-Final on Sunday at Croke Park. Tipperary hammered home six goals as they destroyed a completely outclassed Limerick side to set up an All Ireland final date to savour with Kilkenny on the first Sunday in September. Congratulations and well done Tipp and especially to our two local representatives on the team-Brendan Maher and Paddy Stapleton. 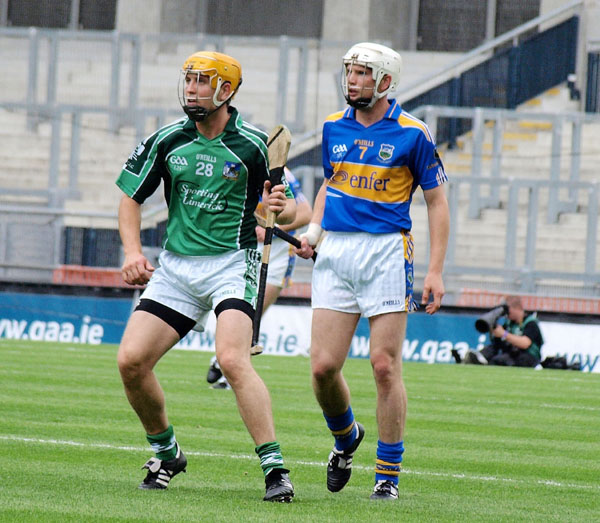 Brendan Maher keeps an eye on his opponent! 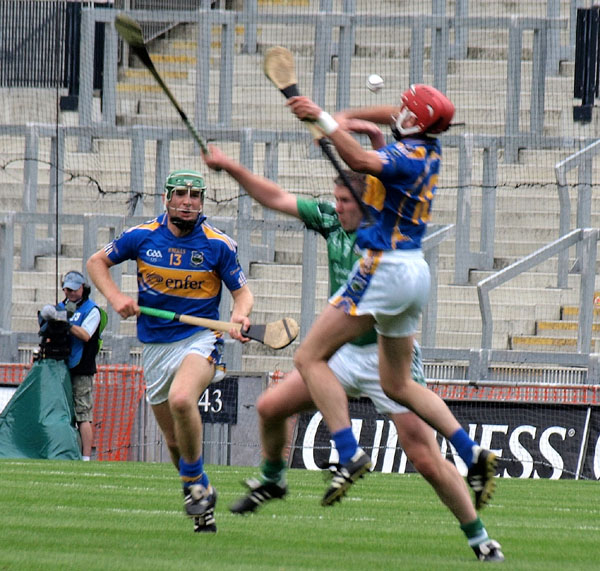 Home 2 Home provides tailored childcare to encourage each childs individuality and development. I have a range of suitable indoor and outdoor facilities to cater for all age groups. My childcare services are available from 8am to 5.30pm Monday to Friday. I also cater for part-time, half days of short term cover. After School service is also available.

If you are interested in talking to me further please contact Mary on
(087) 2031730 to arrange a no obligation visit. 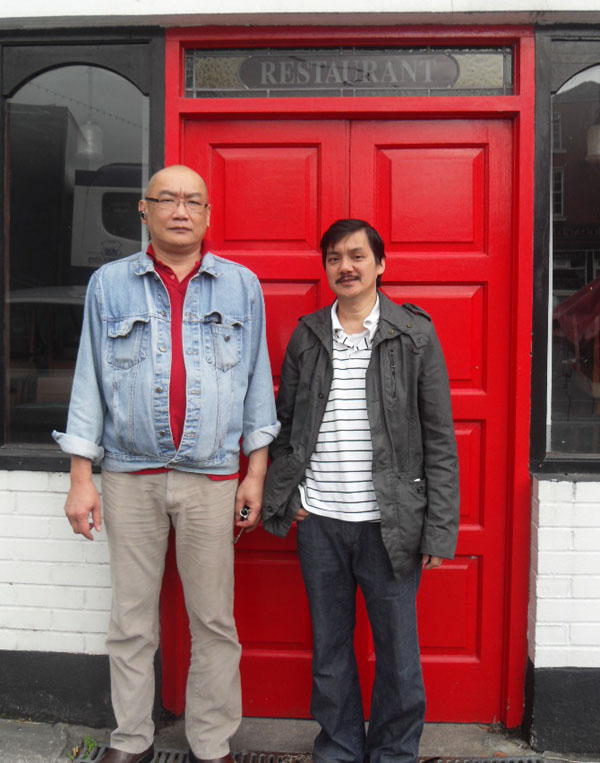 Pictured here are Michael and Vincent who are opening up a new Oriental Restaurant in Borrisoleigh Wednesday next the 26th of August. Opening Hours Mon – Sat 17:00 – 00:00 and Sundays 12:00 – 23:00. We wish them every good wish in their new venture.

Congratulations to Marie and Mikey 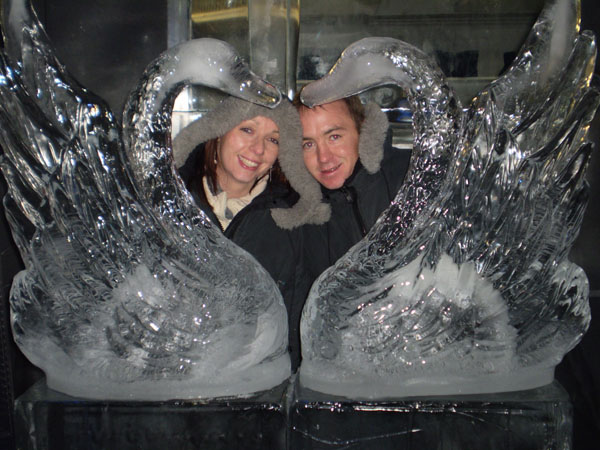 Congratulations to Marie Cowan and Mikey Kenneally who got engaged in Sydney, Australia recently. The couple plan to return home to celebrate their wedding next August. We wish them every happiness together. 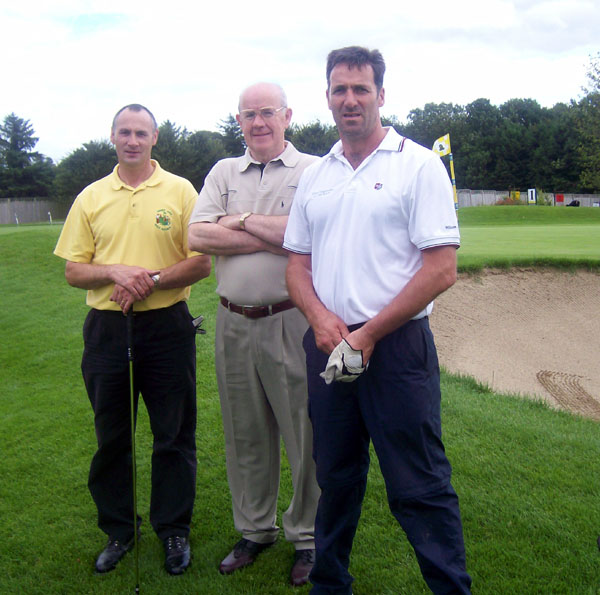 Martin Fahy, Liam Corbett and John McGrath enjoying their game
The Harry Cup Competition was played last Saturday August 15th in Hollystown Golf Club, Co. Dublin. This Perpetual Cup is played for every year in honour of Harry Groome, one of the founding members of Harry Joes. A group of 50 golfers took to the fairways. Seán Sullivan emerged the winner with Ciaran Cowan in second place and John McGrath third. The next outing will be held in Dromoland Castle Golf Club (President’s Prize) on Saturday September 12th. 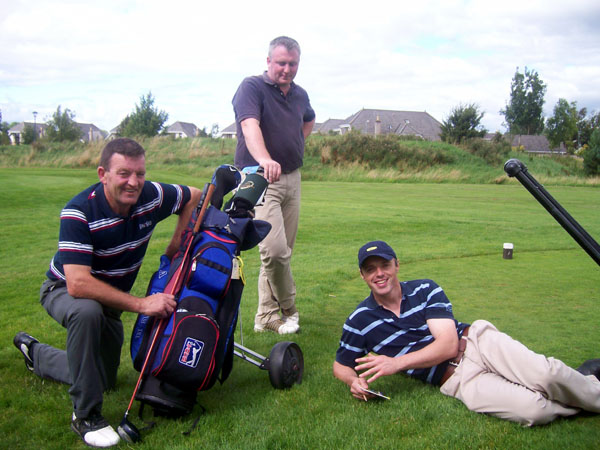 Relaxing on the golf course are Joe Harkin, James Gould and Aidan Cowan 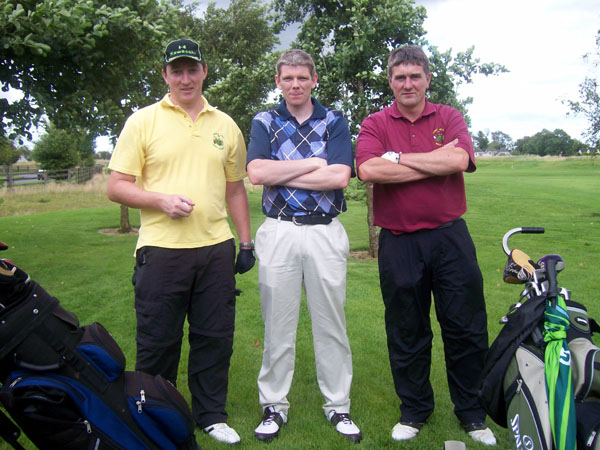 George Ryan, Mark Stapleton and Donal Hurley taking a break to pose for the camera! 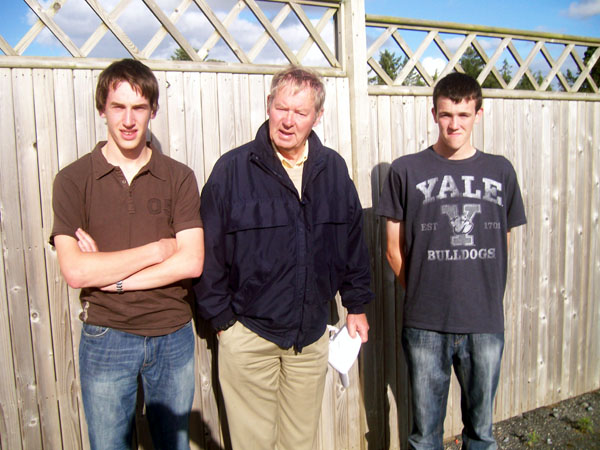 Paul McGrath and Thomas Fahy pictured here with GAA personality Mícheál Ó Muircheartaigh who they met out  in Hollystown For more photographs from Hollystown please go to : http://www.borrisoleigh.ie/photo.php 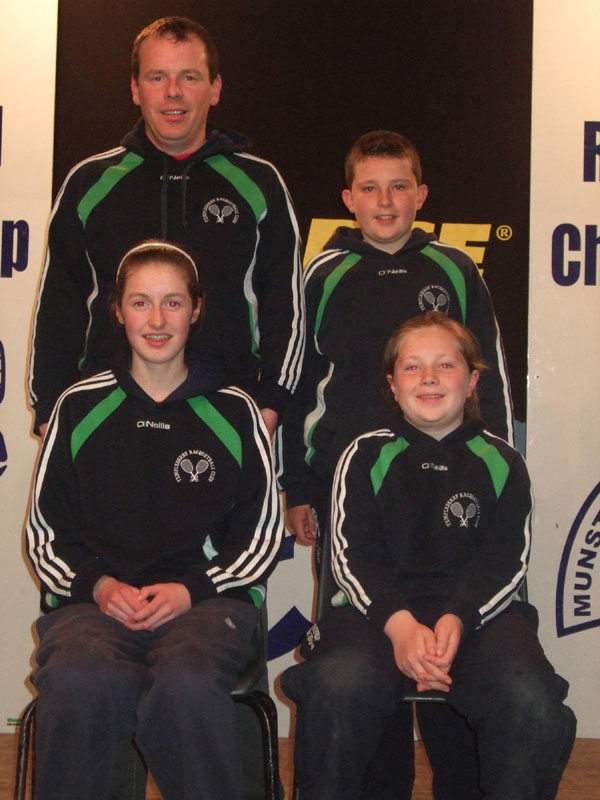 Pictured here are Christy Slattery, Darragh Carey, Elaine Murphy and Aisling Carey.
A 4 Mile Road Race will take place in Templederry on Friday 28th August. This race is a fundraising event in aid of the Irish Junior Racquetball Team which will compete in the World Championships in the Dominican Republic in December. The Templederry club has three members on this team, Aisling Carey, Elaine Murphy & Darragh Carey. The team is coached by Borrisoleigh man, Christy Slattery.

A 2 mile fun walk will take place in conjunction with the run. This will get under way at 7pm with entries been taken from 6pm. For the walk, participants must predict their time, their will be a prize for the person that finishes closest to but not faster than their predicted time. No Watches or Mobile Phones Allowed. Entry Fee for the walk is €5. 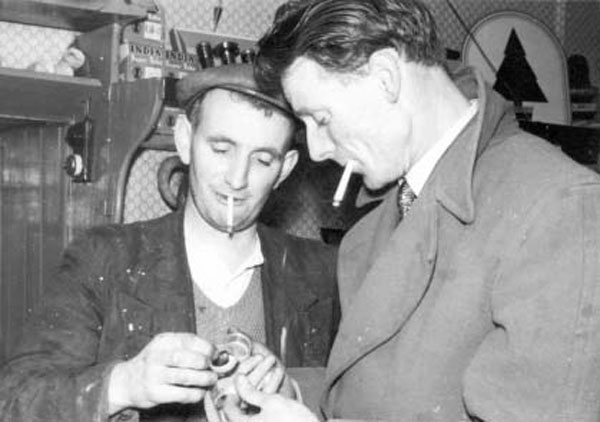 Jimmy Bourke and Austin Kearney enjoying a smoke.
Your Website Needs You