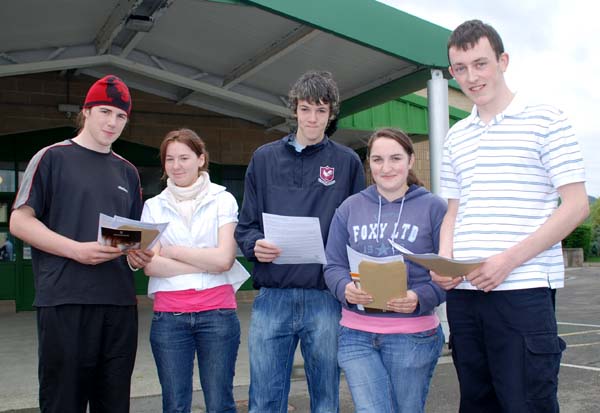 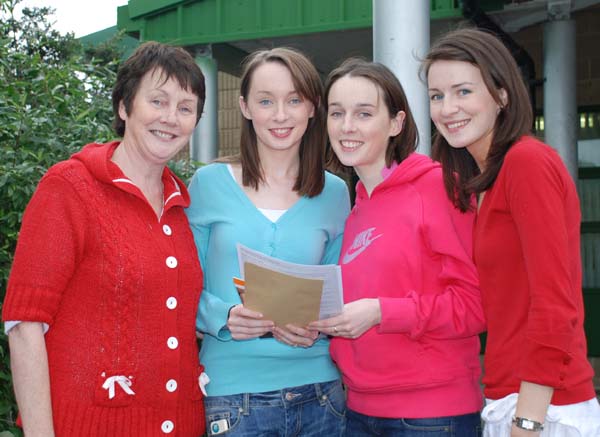 Marguerite Bradshaw with her Leaving Cert. results firmly in hand, with her mum Mairead and sisters Máire and Catherine 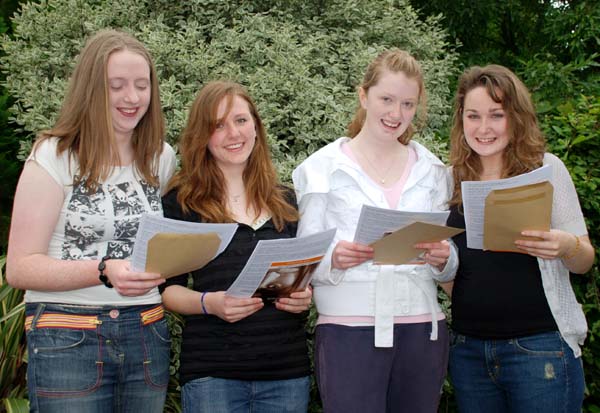 Karen Ryan, Aisling Stapleton, Sharon Madden and Ciara Lyons with every reason to smile on the day of their results
The long awaited Leaving Cert Exam Results have finally arrived. For all the 6th year students in our parish who have been anticipating (and possibly dreading!) this day, the wait is finally over. For some this was an opportunity to pay a final visit to their ‘place of learning’ for the last five or six years – while for others, thanks to modern technology, they were able to access their results online from the comfort of their own home. We hope that many dreams will be fulfilled following today’s results. Best of luck for the future to all concerned.

Summer Sports Camp in The Park 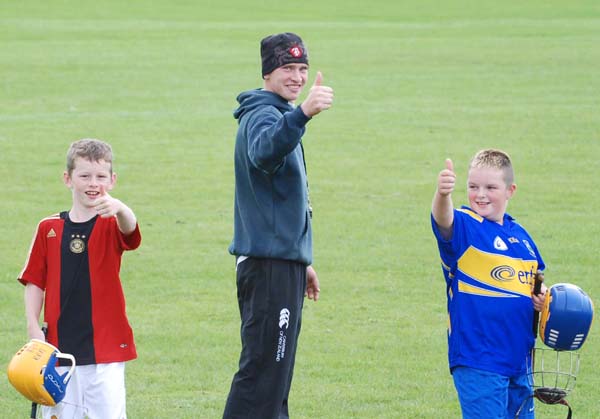 Stephen McCormack, Brendan Maher and Paidi Young give the thumbs-up for the summer Camp 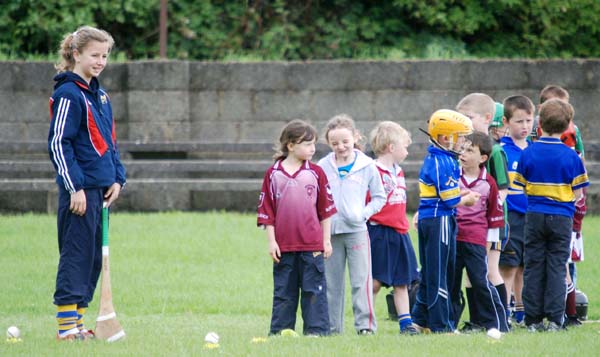 Nicole Walsh keeping an eye on the younger folk at the Summer Camp
The Borrisoleigh Juvenile GAA Summer Camp is taking place this week in the Town Park. Despite the inclement weather there is a great attendance and spirits are high. Well done to all those who organised this event and especially to the young helpers who are making this camp such a success. More to follow next week… 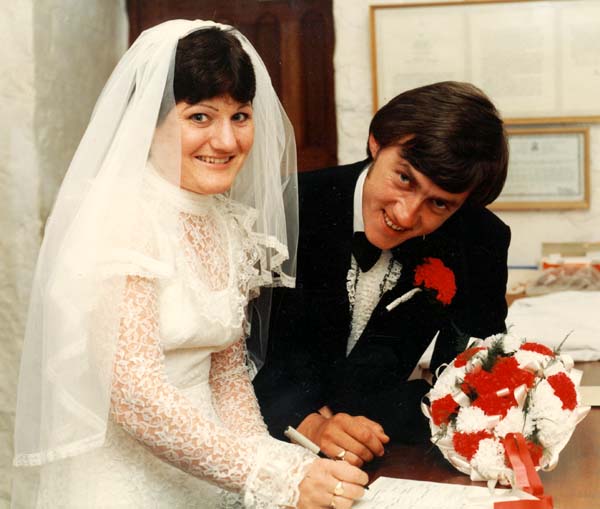 Phil Mason signing on the dotted line 25 years ago

Cakes – now and then! 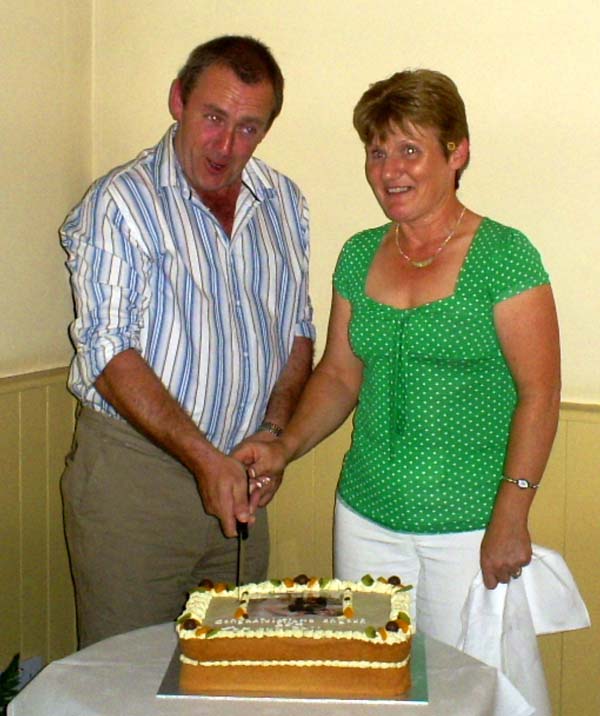 Phil and Tom Mason from Mount George, Borrisoleigh recently celebrated their 25th wedding anniversary. To mark the silver anniversary of their marriage, which took place at Holycross Abbey on August 6th 1983, the happy couple with family and a close circle of friends went for a meal in Sheehan’s Restaurant. This was followed by a party in Stapleton’s Bar. Congratulations to both on reaching this milestone in their married lives.

Just for a laugh

Then one may be that, and three would be those, yet hat in the plural would never be hose, and the plural of cat is cats, not cose. We speak of a brother and also of brethren, but though we say mother, we never say methren. Then the masculine pronouns are he, his and him, but imagine the feminine: she, shis and shim!

Let’s face it – English is a crazy language. There is no egg in eggplant nor ham in hamburger; neither apple nor pine in pineapple. English muffins weren’t invented in England. We take English for granted, but if we explore its paradoxes, we find that quicksand can work slowly, boxing rings are square, and a guinea pig is neither from Guinea nor is it a pig.

And why is it that writers write but fingers don’t fing, grocers don’t groce and hammers don’t ham? Doesn’t it seem crazy that you can make amends but not one amend? If you have a bunch of odds and ends and get rid of all but one of them, what do you call it?

If teachers taught, why didn’t preachers praught? If a vegetarian eats vegetables, what does a humanitarian eat? Sometimes I think all the folks who grew up speaking English should be committed to an asylum for the verbally insane.

In what other language do people recite at a play and play at a recital? We ship by truck but send cargo by ship. We have noses that run and feet that smell. We park in a driveway and drive in a parkway. And how can a slim chance and a fat chance be the same, while a wise man and a wise guy are opposites?

You have to marvel at the unique lunacy of a language in which your house can burn up as it burns down, in which you fill in a form by filling it out, and in which an alarm goes off by going on.

And in closing, if Father is Pop, how come Mother’s not Mop?! 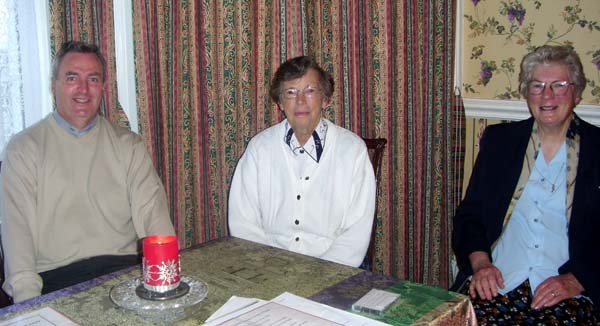 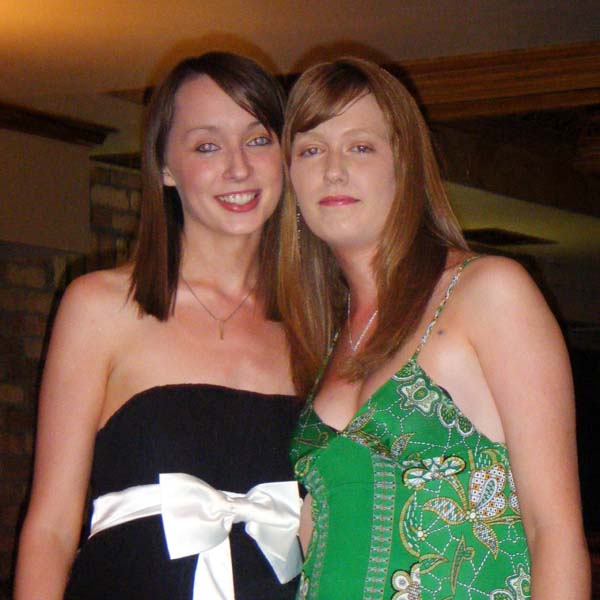 These two lovely ladies from Borrisoleigh, Sharon Madden and Marguerite Bradshaw, celebrated their 18th birthdays during the past week. Instead of one celebration the ladies spent much of the bank holiday weekend celebrating, the effects of which are evident in the photo below. Happy Birthday ladies! 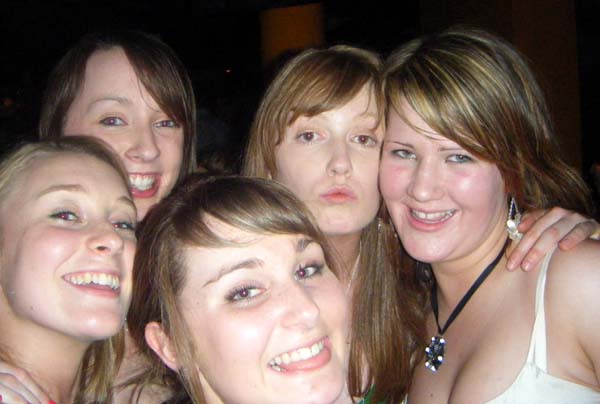 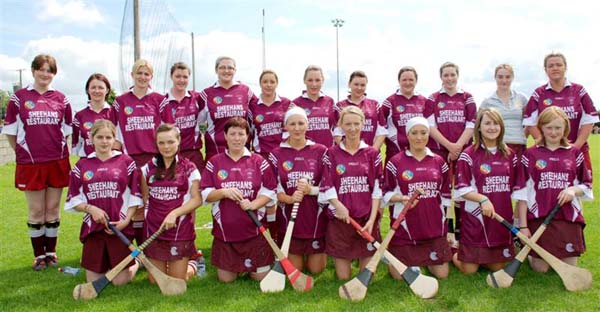 Borrisoleigh Camogie team played their first match in the Junior B Championship last Wednesday (August 6th) against Gortnahoe in Borrisoleigh. After a great display they emerged victorious with a score line of Borrisoleigh 4-6 to Gortnahoe 2-2. Well done girls!

Their second match of the Championship against Thurles was played yesterday (August 12th) in St. Patrick’s College. Thurles were the stronger team on this occasion and emerged the winners.

The next match is against Drom. Date and venue to be announced. 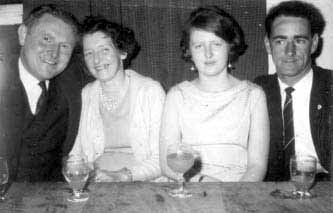 Jimmy and Susan Chadwick with Anna and Connie Ryan, Coohaun