A Table Quiz will be held in Stapleton’s Pub on Friday 3rd September at 9pm in aid of the Albanian Building Project. Borrisoleigh’s Gerry Ryan from Cooleen will travel with a group to Albania from 2nd October – 10th October. All are welcome on the night. Your support would be greatly appreciated.

This years cycle in aid of the North Tipperary Hospice In Home Care Movement will take place on Saturday 25th September 2010. The In Home Care Movement was established 20 years ago to support home care service for cancer patients in North Tipperary.  It needs approx EUR350,000 per year to maintain its services and the only source of income it has is through fundraising.  Due to the generosity of the people of North Tipperary and the dedication of fundraisers the movement has expanded its service over the years to include, Palliative Home Care Teams including Nurses, Carers and Therapists, necessary equipment to support patients in their own home including profiling beds and mattresses and rise and recline chairs. Themovement has also acquired two Cancer Care Centres in the county – Suaimhneas in Nenagh and Suir Haven in Thurles.  In each centre a Nurse Professional Manager offers a confidential service to cancer patients and their carers. These centres are fully managed and funded by the Hospice In Home Care Movement.  The Movement also has respite centres located in St. Conlon’s Nursing Home Nenagh, Dean Maxwell Home Roscrea and the Hospital of the Assumption Thurles. All of these have two bedded units.

This is once again a very worthy cause and we are delighted to do the cycle on behalf of this group. Sponsorship cards are now available so its time to get the bike in working order again and start training. A few short spins two to three times a week between now and the 25th September should be enough to get you around the traditional 25 mile course.

Following a request from a number of cyclists we are hoping this year to include an additional route totalling 50 miles from Borrisoleigh to Thurles, through Kilkenny and Laois
and meeting up again with the regular 25 mile cyclists in Templemore. This will only take place if enough people are interested as we will have to provide on-road support for that group as well. If you are interested in doing 50 miles please contact PJ Delaney 0868175505 as soon as possible. For any other questions or to collect your sponsorship card contact P.J. Delaney or Ruairi O’Connell. 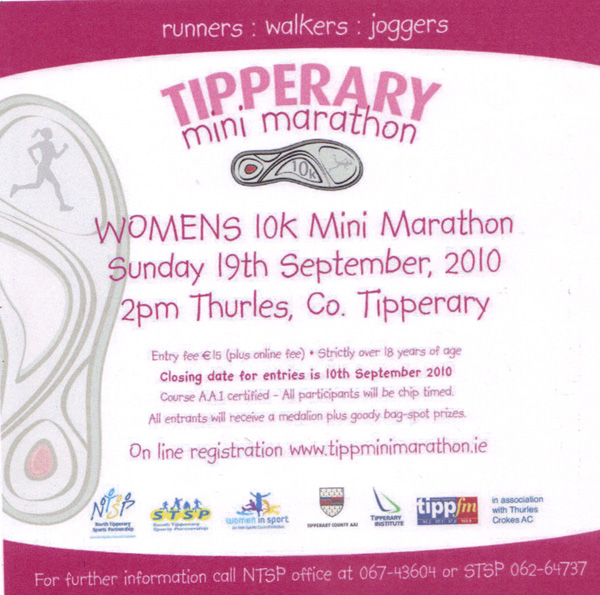 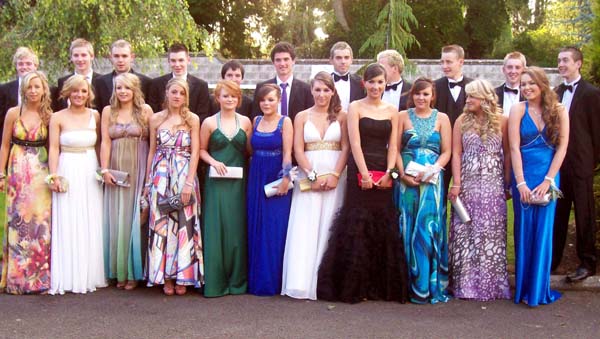 A stylish group ready to head off to the Anner Hotel, Thurles for their Annual Debs Ball last Monday night 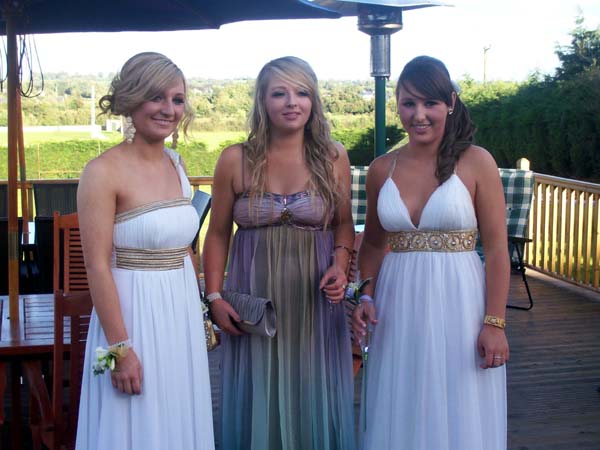 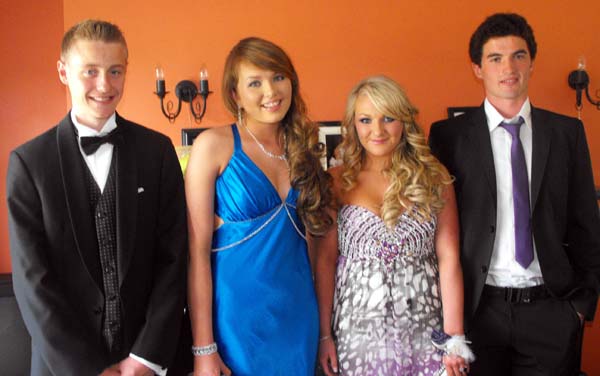 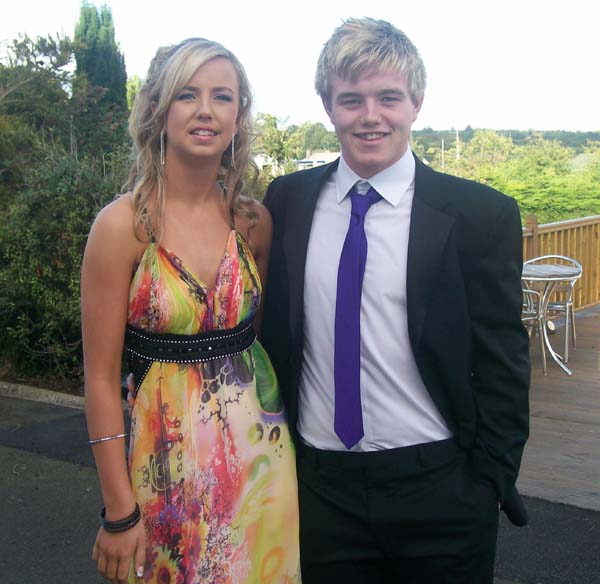 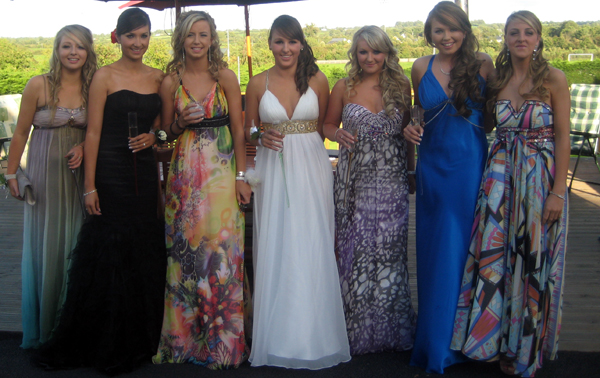 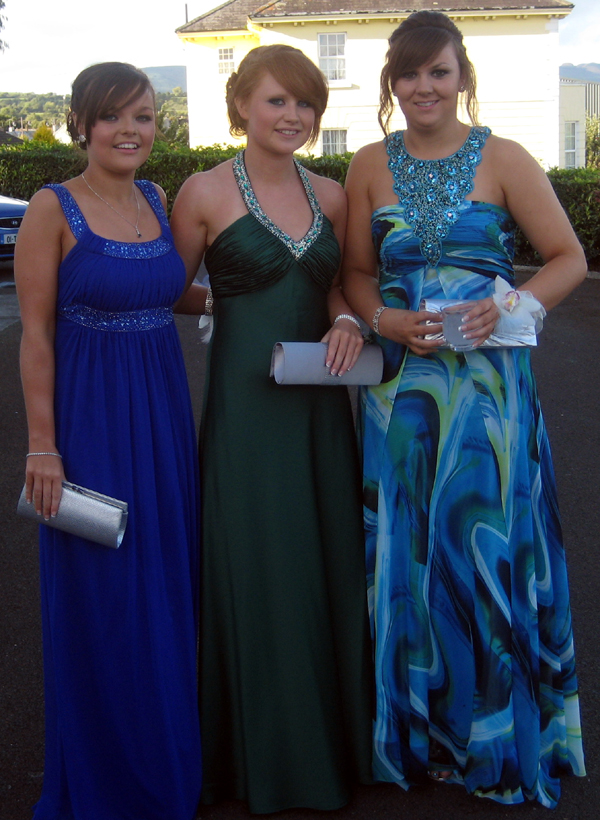 Claire, Grace and Louise stepping out in style. 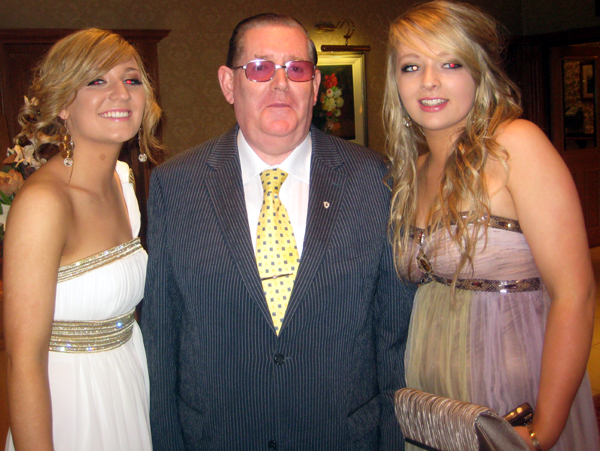 School begins for all students on Monday August 30th. Welcome back to all pupils especially those Junior Infants who are starting school for the first time.Junior Infants and Senior Infants will have a shorter day for the first two weeks of school (from 9.20 a.m. to 12.30pm).
Best wishes to Mrs. Susan Hoare on her retirement. .Welcome to Mrs.Frances Keneally, Mrs.Michelle Fitzpatrick and Miss Joan Cummins who have recently joined the staff of St. Therese’s School.Good luck to Mrs. Mary Butler on her appointment as Principal. 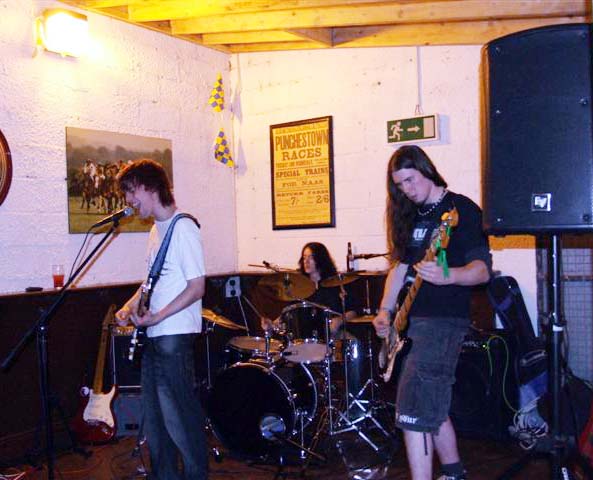 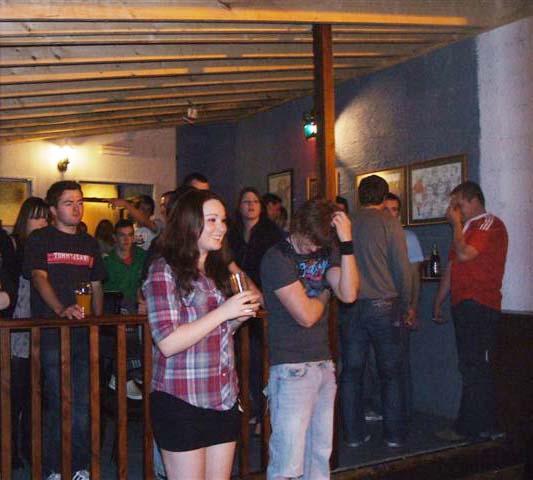 Some of "Rogue’s" fans enjoying the gig!

Borrisoleigh Camogie Club News  Our Juniors had a tough game against Newport in Newport in the second round of the championship last Thursday the 19th of August. A last minute goal by Deirdre Delaney secured a draw for us, well done to all involved. We play Cahir next in Borrisoleigh at 12pm on Sunday the 29th of August. 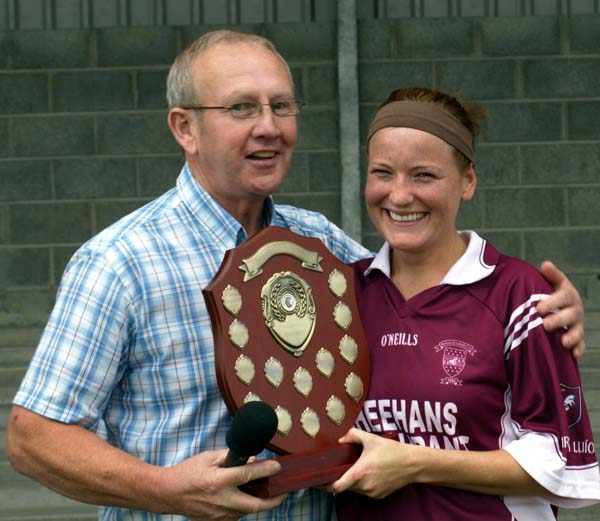 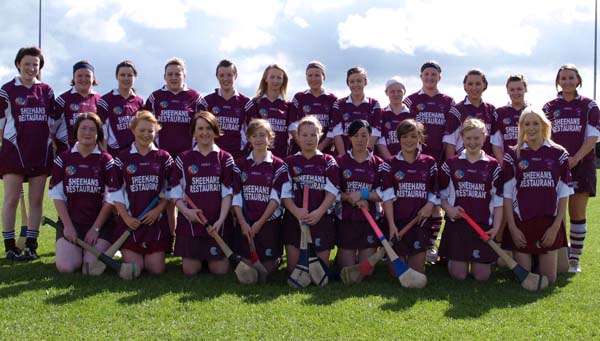 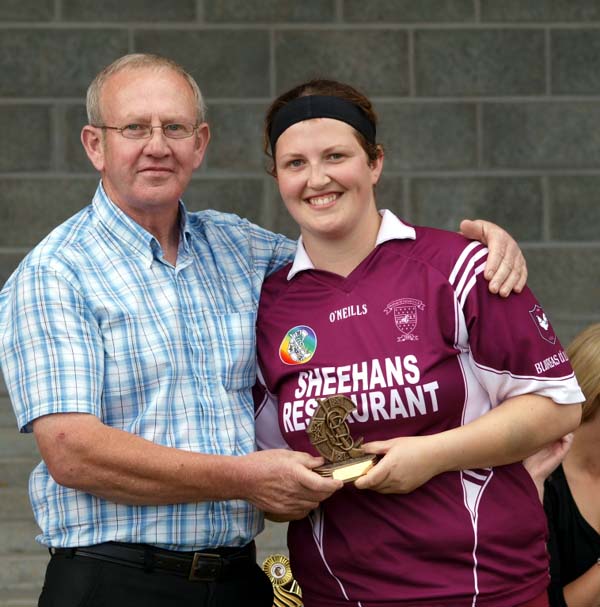 Pauline O’Connor receiving Player of the Tournament Trophy from her dad, Vincent


The Linda O’ Connor Memorial Tournament took place on Sunday last the 22nd of August. Our Junior team did very well winning their first two games and got to the final against moneygall. This was a highly contested final and Borrisoleigh emerged as the winners thanks to a late goal by Ashling Kiely. Well done to all the players on a great win. Vincent O’Connor spoke a few words in memory of his daughter Linda and on behalf of himself and his family he thanked everyone who helped to organise the day and to everyone who helped out. The Linda O’ Connor Memorial shield was presented to the captain of the Borrisoleigh team Deirdre Delaney by Vincent O’ Connor who also presented trophies to the Borrisoleigh Team and medals to the runners up Moneygall. There was also a trophy for player of the tournament for each team. Pauline O’ Connor received the player of the tournament trophy for Borrisoleigh from her dad Vincent. Thanks to Nenagh and Moneygall and to their management and selectors for taking part. A special word of thanks to Jody Harkin and Siobhain Stapleton who coach the junior team, thanks to you both for all your help. a word of thanks to all who helped out in preparation for the day and on the day itself to all who helped out in serving refreshments afterwards and to all who turned up to support the event. thanks to Paddy Stapleton and Brendan Maher who picked the player of the tournament from each team. Also to Carmel O Brien for all her help in organising the day many thanks Carmel. A great day was had by all. 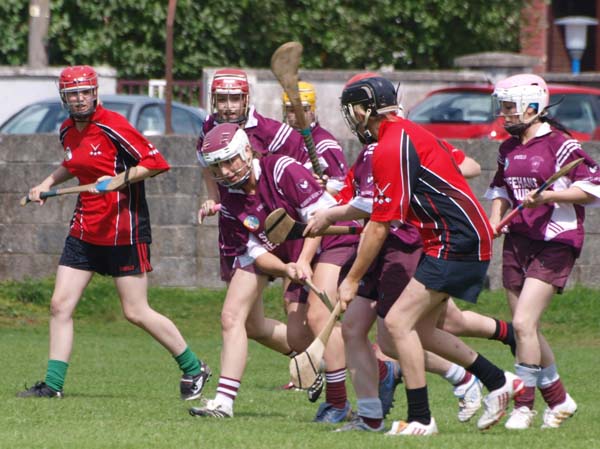 Borrisoleigh in action against Moneygall 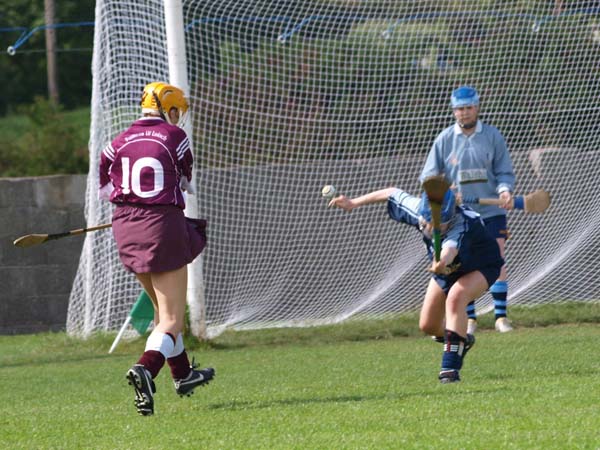 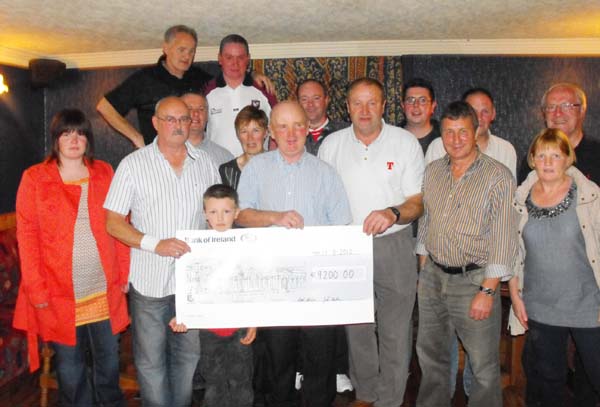 GAA Lotto Committee presenting John Harkin from Drom with his winning cheque of €9,200. John had the lucky "four" numbers in the lotto. Congratulations John!

As the new season across channel kicked off, this weekend sees the resumption of the almost as prestigious league-The North Tipp Soccer league. While there are no Wayne Rooneys on display Noel Kent is a worthy contender for top class football. Last season saw our return to the Premier Division and we finish strong over the closing months to settle on a fifth place finish. Again this year survival will be the foremost important objective, a feat hopefully we should accomplish with general ease.

The season kicks off this Sunday against last year’s Division One runners up Thurles Town. With an injury free squad and all players available for selection a win should be on the cards here.

Also we would like to announce that the extremely popular Last Man Standing competition that we ran last season, to great success, is starting back in a few weeks. The 11th of September has been earmarked for week one and the prize money has been increased to €400. Again the text number for the competition is 086 3287520. Alternatively you can give your name to David O Conner, Gerry Treacy or any other committee member. 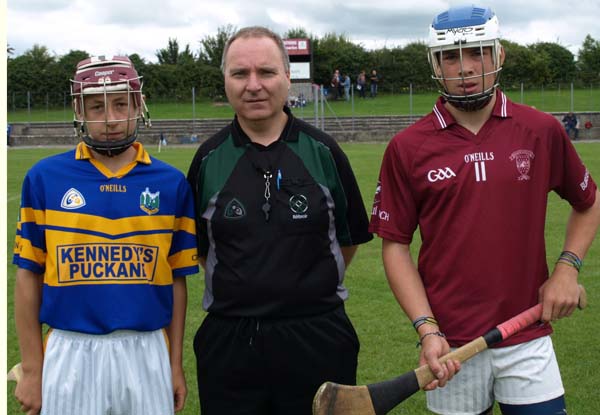 As promised last week photographs from the U14B North Final have now been added to the Gallery. Please click here to view them. 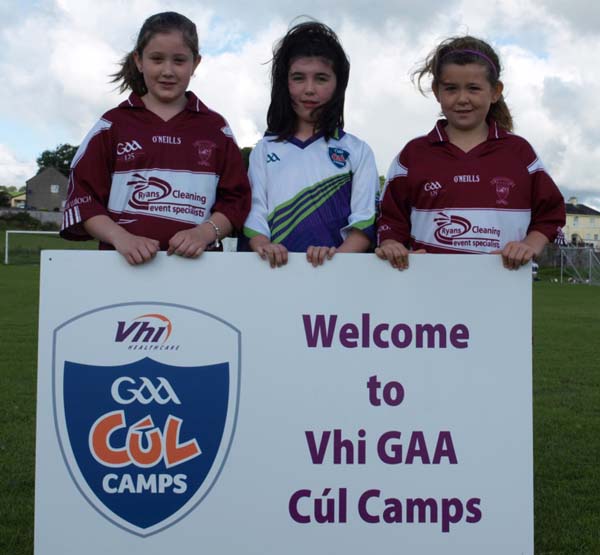 The Cúl Camp photographs have now been added to the Photo Gallery. Please click here to view them


Pic of the Past…Down Memory Lane 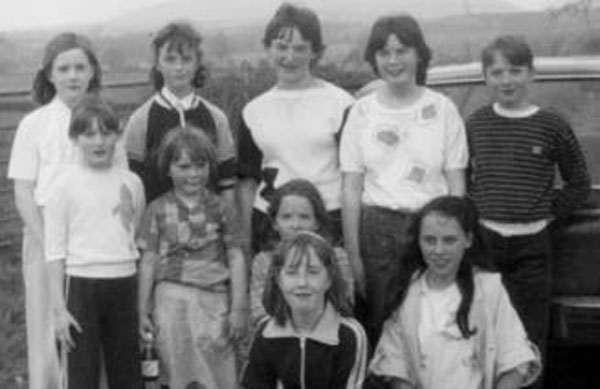