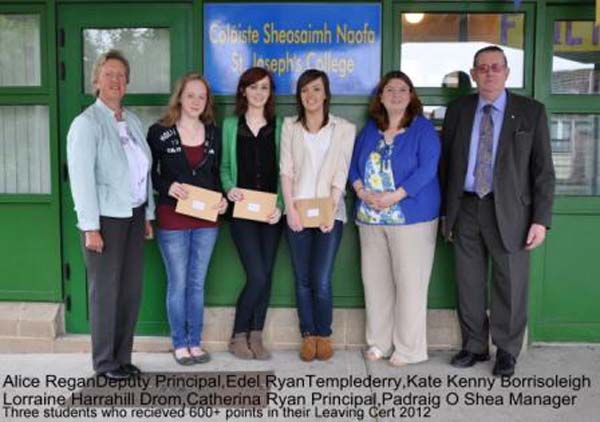 St. Joseph’s College, Borrisoleigh reported outstanding results in this year’s Leaving with the top three students receiving over 600 points each and the top ten achieving over 500 points each. 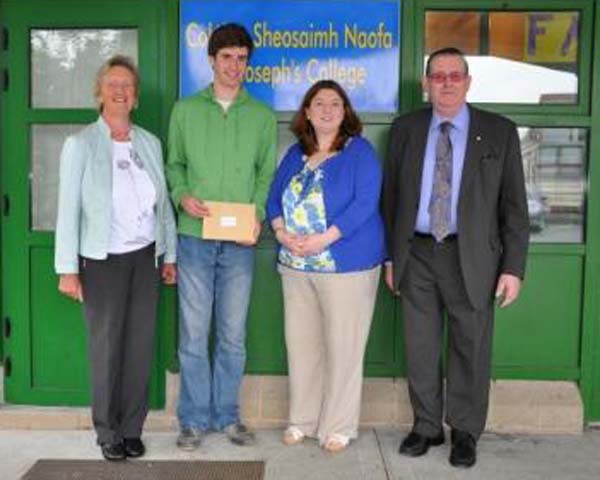 Pictured here is our Upperchurch pupil Éamon Ryan with our Deputy Principal, Principal (from Upperchurch) and Manager. Eamon got 590 points in his Leaving Certificate. 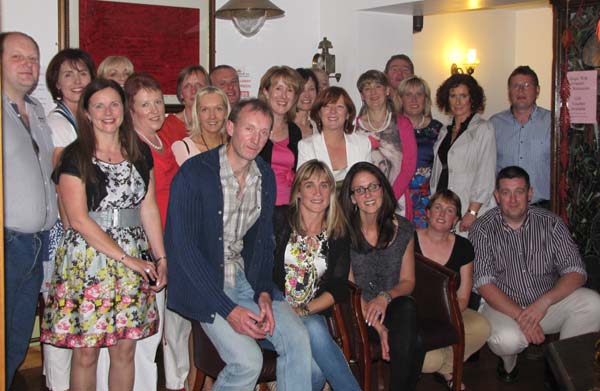 The reunion took place at the Magic Wok and after at Finns pub last Saturday 4 August. The reunion was for the St Josephs Secondary School 1987 Leaving Certificate class. 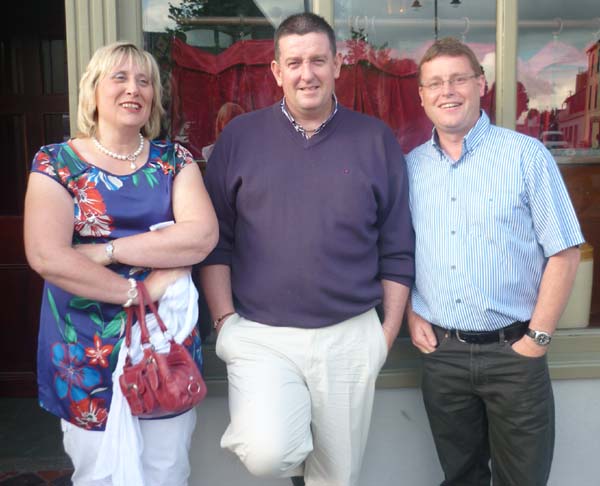 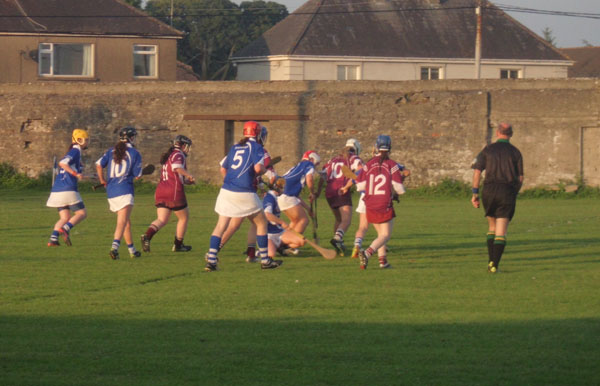 Our Junior team had the first round of the championship on Friday the 10th August at 7 pm in Thurles against Thurles. On a lovely fine evening the girls played against the wind in the first half. It was a tough game with no quarter asked or given. All the team played very well. At half time after 7 minutes added on for injury the score was 1-6 Borrisoleigh to 1-4 Thurles. Our girls came out stronger in the second half opening up a large lead with no reply from Thurles until well into the second half. Score at full time was Borrisoleigh 4-11, Thurles 2-7. Scorers from Borrisoleigh were Jane McCormack 1-1, Nicole Walsh 1-7, Noirin Stapleton 0-1, Mary Bradshaw 0-1, Sinead Ryan 1-1 and Deirdre Corcoran 1-0. Well done ladies and trainers a great start to the championship season.

Borris-Ileigh GAA News
Junior A Hurling: Our next fixture is on Wednesday 15th August versus Toomevara in Templederry at 6.30pm. Minor Hurling: We were defeated by Silvermines last Thursday by six points. We conceded a lot of scores in the first half and were never able to catch up after that. We have two more matches to play and we need to win both if we are to stay in contention. Junior C Hurling: Last Saturday we had a good win over Ballinahinch. This was a great performance by all especially since this was their first time together as a team. Well done to all concerned. Senior Hurling: We have drawn Cappawhite in the next round of the Co.Championship date time and venue to be confirmed. Club merchandise is available every Saturday between 11am and 1pm in the pavilion or contact 087 9439531. New stock now available. The club wishes the best of luck to Brendan,Paddy and the Tipp Senior hurlers next Sunday. Go mbeidh an bua agaibh. The club extends its deepest sympathies to the family and relatives of Kathleen Floyd who passed away recently. Ar dheis de go raibh a anam dilis.
Borris Ileigh Juvenile GAA Club 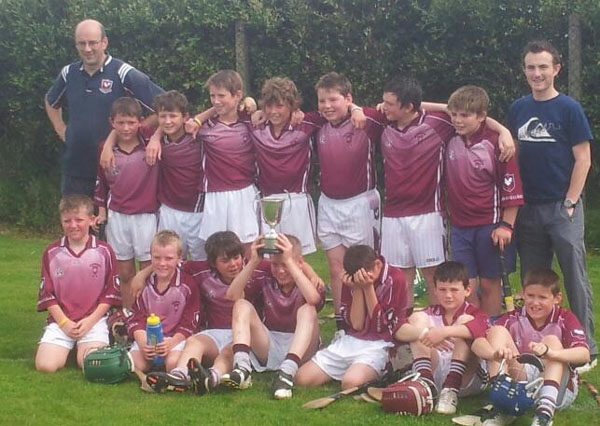 U12 Team who won the North Final 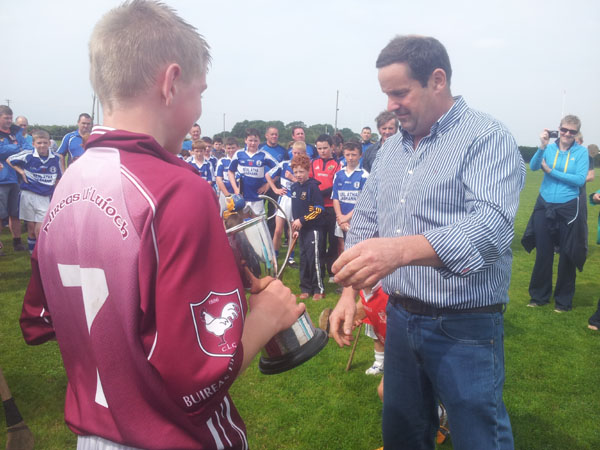 U12 Hurling: On Friday last an under 12 panel travelled to Semple Stadium for a Munster U12 Hurling Blitz. They played three games on the day against St Finbarrs, Newcastlewest, and Broadford. The players enjoyed the day out and were treated to a tour of the stadium by our own Brendan Maher afterwards.

U12 Final. Pride of place this week goes to our u12 hurlers who took on Silvermines in the North Final and put up a great performance to record a fine win on a scoreline 4-07 to 1-05. A well taken point by Alvis Danko in the first minute, followed by a James Devaney free a couple of minutes later settled the team. Two goals in the first half from James Devaney and Raymond Mc Cormack meant we took a 2-03 to 0-4 pts lead into the dressing room at half time. Silvermines put on the pressure in the second half and a combination of intelligent goalkeeping from John Mc Grath and some resolute defending from Seamus Ryan, Oran Bergin, Joseph Boyle and Aaron Rabbitte ensured that Silvermines scores were kept to the minimum. Alongside Captain Ray mc Cormack at midfield Kevin Maher pushed forward in the second half to score two excellent points from play. In attack Dirk Leimhlehner, Micheal Ryan, Dan Ryan, James Kelly Alvis Danko and James Devaney worked tirelessly throughout to ensure that the Silvermines defence was kept under pressure at all times. The North Board Chairman Mike Flynn presented the cup to the inspirational team Captain Raymond Mc Cormack. Well done to all concerned this team now proceeds to the County end games later this month.

U16 We were defeated by Newport /Ballinahinch on a scoreline 1-20 to 3-09 on monday night last. This was the last group game and we are drawn against Newport / Ballinahinch again in the quarter final which will be played next Tuesday evening in Borrisoleigh. 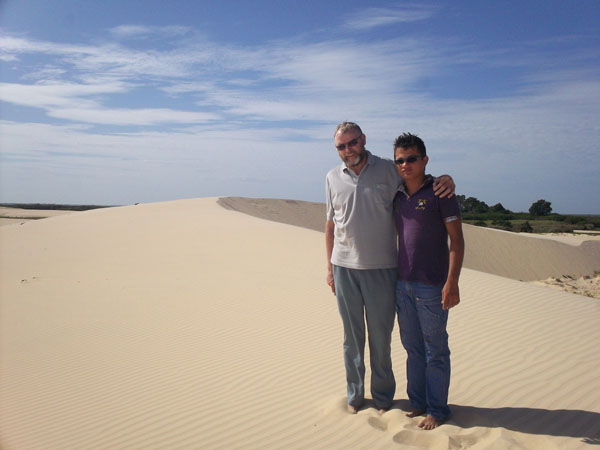 Olá !,
These pictures were taken recently during a missionary trip I did in one of the more remote areas of our Diocese. Its a backward place where the padre hadn´t gone to visit for years, but has some very very beautiful scenrery. The sand dunes are lovely to see but are impossible to travel them with the motor-bike, so we had to rent out the 4 wheel drive. Every where we were very warmly received by all and we organised in the localities little celebrations and comemorations with the children and the local people. Everything is going grand for me here and I constantly remember that there´s so many things that I can do because of your support from home !

Of course you are all aware that Corinthians are Brasilian Champions and South American Champions ! But Brasil bit the dust to Mexico in the Olimpics.! They are really worried now about their World Cup prospects here in Brasil in 2014 ! All the best Matt 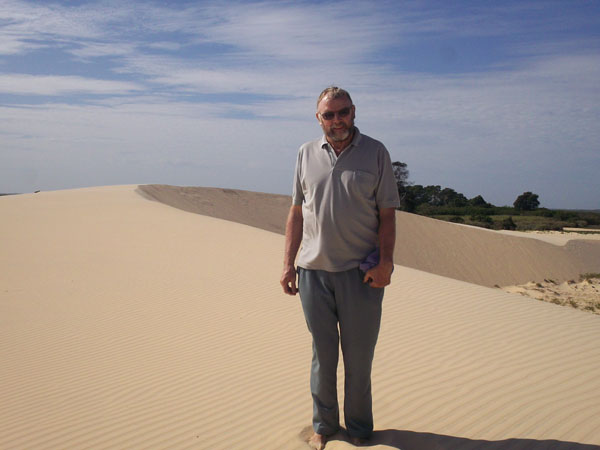 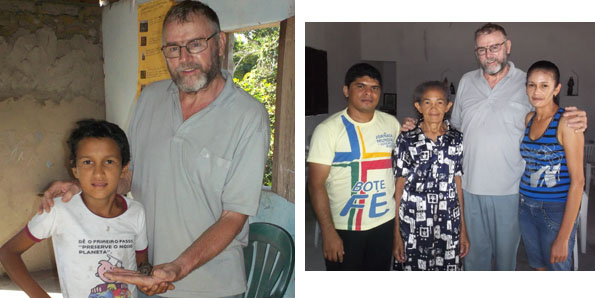 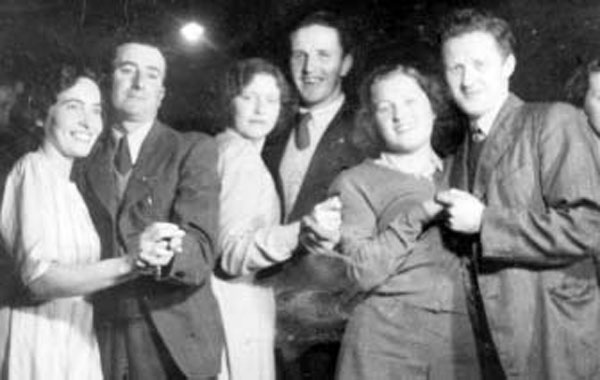