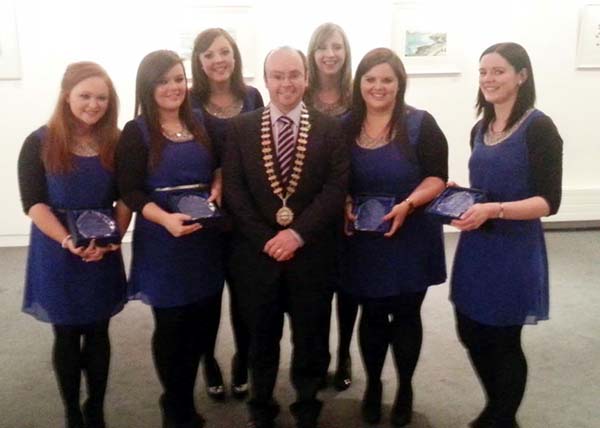 Congratulations to the Clodagh Macra Ballad group who become All Ireland Champions at the 29th Annual Macra na Ferime National Talent Competition last Saturday the 18th of May! A great night’s entertainment was had by all in the Helix Theatre in Dublin City University. The competition is made up of eight entirely separate events namely Disco Dancing, Solo Instrumental Music, Solo Singing, Novelty Act, Mastermind, Set Dancing, Comedy and Pop/Folk/Ballad Group. 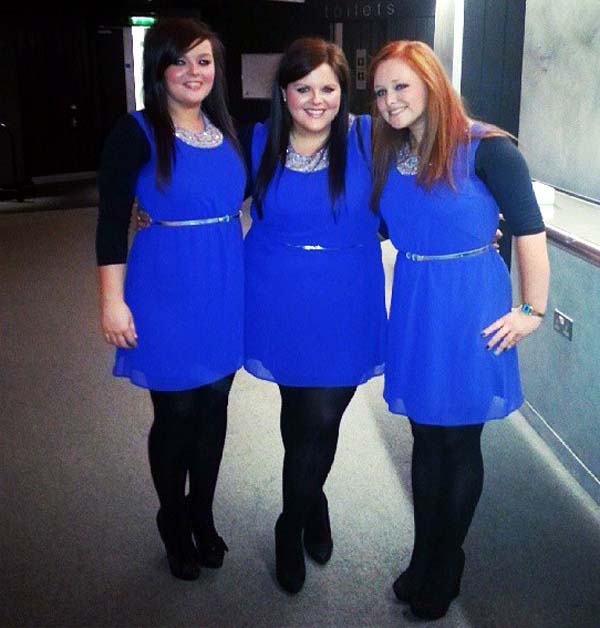 Sisters Clare and Anne Marie with cousin Becky after being crowned champs!!
The Clodagh girls were up against some tough competition from Freemount Macra (Cork), Fanebridge Macra (Louth) and Athboy Macra (Meath). But the only all-girl ballad group on the night were pitch perfect and came out victorious. The Ballad Group was made up of Anne Marie Kavanagh, Clare Kavanagh, Laura Ryan, Maria Ryan, Karen Ryan and Becky Prior. The girls performed 2 songs on the night, “Easy and Slow” by the Dubliners and the Lumineers hit “Ho! Hey!”. 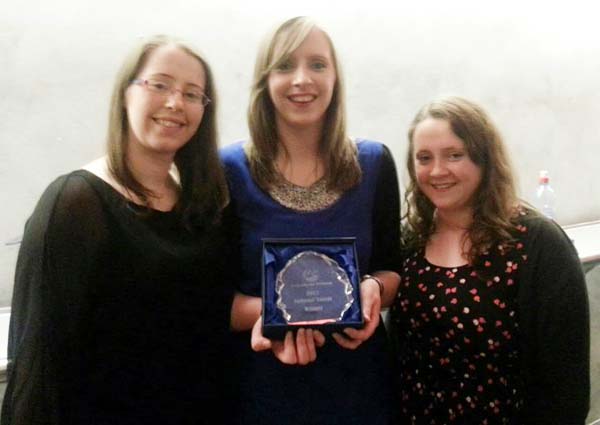 Gemma and Brid Ryan who came to support their sister Karen in the final
The girls have been working hard since they won the Tipperary round of the competition back in March. They then headed to Bru Boru in Cashel on May 4th for the Munster round where they sang their way to the final. Having reached the final twice before in 2008 and 2011 without the same results, the win was well deserved and all the sweeter! 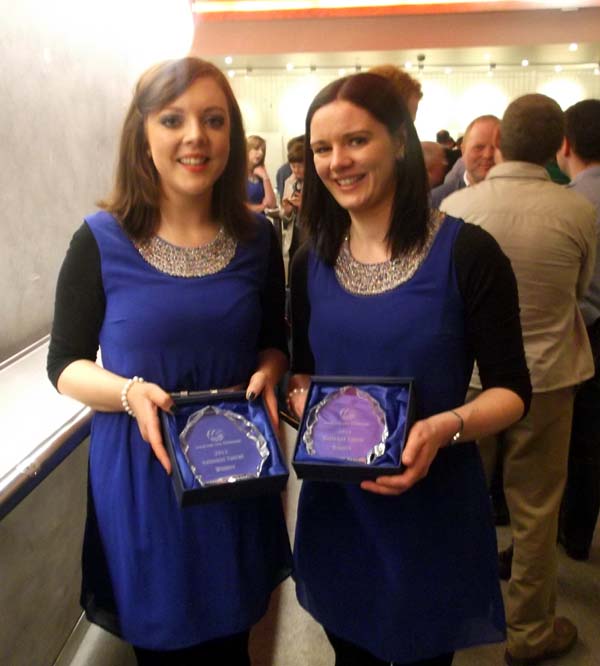 Maria and Laura Ryan  celebrating
Well done also to Patrick Kennedy who represented Clodagh so well in a very hotly contested solo instrumental competition on the night. No doubt he’ll be back again.

Con McGrath of Devil’s Bit Macra club also got runner-up position in Comedy, bringing more silverware back to the county!

Well done to all who took part and comhghairdeas again to our talented singing group! 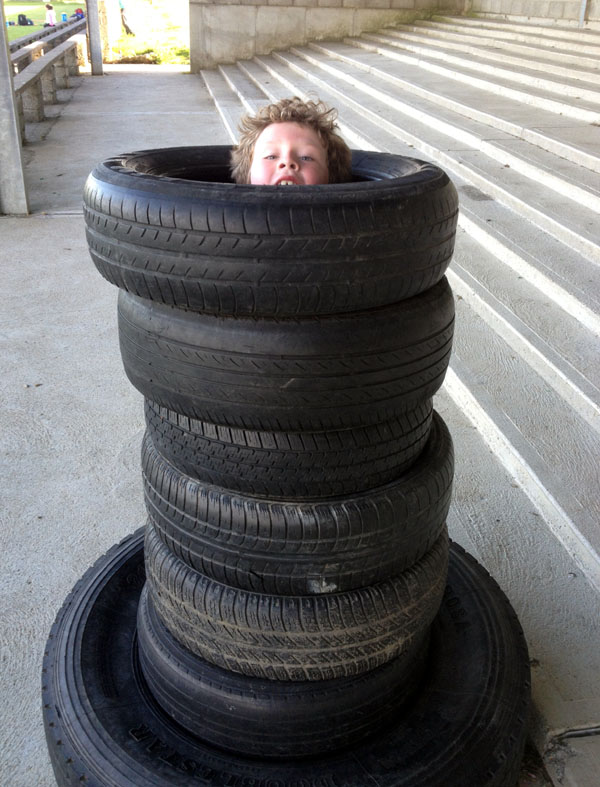 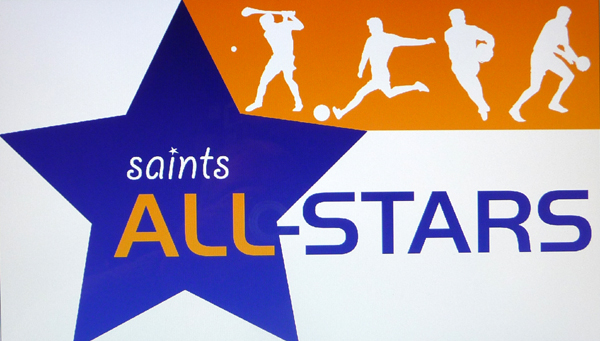 Saints All Stars Summer Camp 2013 will run from Monday 22nd of July – Friday 26th of July.
It will take place in Bishop Quinlan Park Borrisoleigh starting at 10am and finishing at 2pm.
The cost is €50 per child, if there is more than one child per family the price is €45 per child.
There will be a wide mixture of games incorporated into the Hurling, Football, Soccer and Hurling, with
specialist coaches provided for each.
Like every year there will be special guests attending and gifts given to the children.
I will be taking bookings from now until the 22nd of June, as otherwise I will not be able to order the correct
amount of gifts for the kids, and I do not want anybody left disappointed.

If you have any further queries contact me by call or text on 086-3328697
To book a child in call or text the above number with name, age and parish of child. 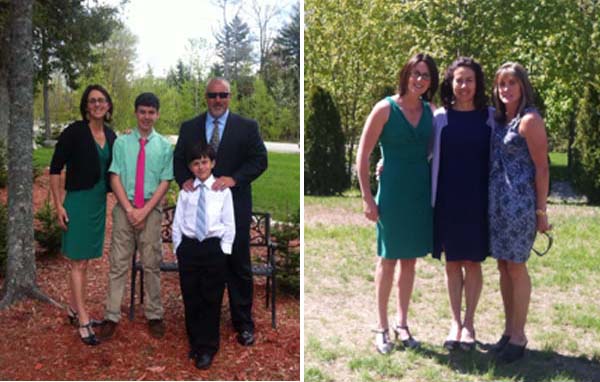 Padraig received his confirmation recently at St. Joe’s Church Ellsworth, Maine, USA. Padraig is the grandson of Bridget O’ Dwyer Currahaha. Also in the photo on the left Christena, daughter, Russ, son in law and Declan grandson. Photo on the left sisters, Christena and Noreen (twins) and Maura in the centre 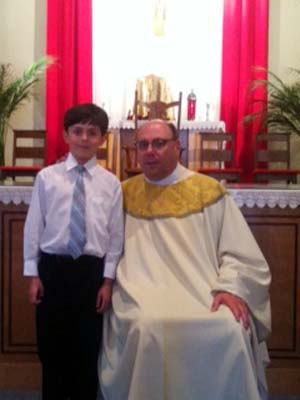 May she rest in peace 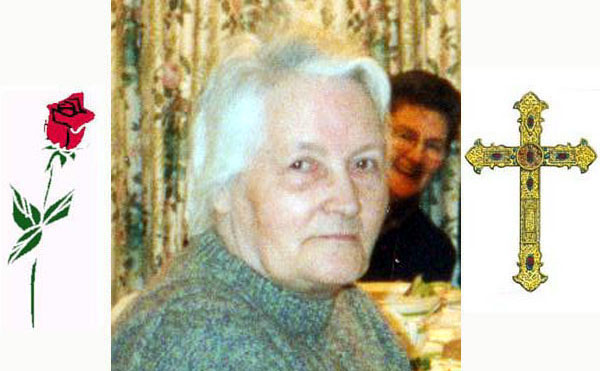 The death occurred on Wednesday 24th May of Nurse Phyllis Cunniffe of Main Street. Her Funeral Mass took place in the Sacred Heart Church Borrisoleigh on Friday 26th May with burial in Killimor Cemetery Co. Galway. We offer our deepest sympathies to her family and friends. May she rest in peace.

The death has also occurred on Thursday 16th May of Roger Cox of 4 Slí Aoibhín. His Funeral Mass took place in Ballycahill on Sunday 19th May with burial in the adjoining cemetery. We offer our deepest sympathies to his family and friends. May he rest in peace.

Borris-Ileigh Juvenile GAA
The Annual Peadar Cummins U14 Inter Divisional Hurling Tournament took place last week end in Borrisoleigh. In the semi finals West Tipperary beat North Tipperary and Mid Tipp beat South Tipp. In the shield final North Tipp defeated South Tipp and a well drilled West Tipp side comprehensively defeated Mid Tipp in the final. Well done to Jamie Corcoran who played well in the shield final. Our appreciation also to Michael Delaney who was a selector with the North Tipp side and to Eoin Kennedy Knockahorna who was a selector with the victorious West Tipp side. Thanks also to the Committee members who provided and served refreshments on the day or who helped out in any way.

The groups for the u12, U14 and U16 hurling competitions were agreed at the Bord meeting last week. The provisional fixture list for each competition will be posted on the Club website Borris-Ileighgaa.com this week. The U12 competition commences with a home game to Roscrea this Thursday evening.

A bus will leave The Square, Borrisoleigh, on Saturday June 22nd at 8.15 a.m.

For enquiries or bookings

Underage: We are looking forward to hosting The Tomás Max tournament which will be held on Friday the 7th June in the park. This is a tournament for our under 10’s. Visiting teams are Toomevara, St Cronan’s Roscrea and Moycarkey-Borris.
Our under 12’s had their semi-final against Shannon Rovers on Monday the 20th in the Camogie Grounds The Ragg, unfortunately they were defeated by Shannon Rovers. Final score was 2-4 to 1-0, however they played very well. This is our first underage team to reach a semi-final this year, well done on getting this far and better luck next time.
The under 16 panel won’t be playing again until after the junior cert.
Our minor panel continue to train; their first competitive matches won’t be until after the leaving cert.

Administration: Committee meeting Thursday 30th May at 7 pm in the park. Camogie club merchandise now available Hoodies, tracksuits, t-shirts, jerseys and raincoats available. See Advertising Section of www.borrisoleigh.ie for pictures. If interested please contact Caroline at 086 1522716. You can also follow us on Facebook. 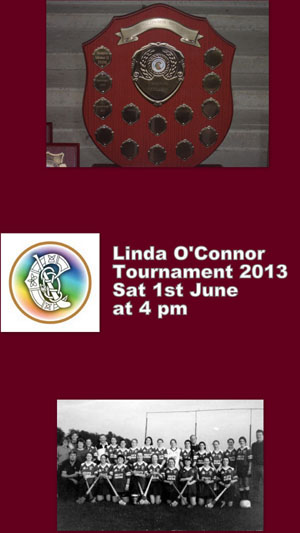 Intermediate Team: The Linda O’Connor tournament is set for Saturday the 1st of June the ladies will be hoping to regain the shield. First match will throw in at 2:30 p.m. in Bishop Quinlan Park. The visiting teams are our next door neighbours Drom and Inch, last year’s victors Harps from Co. Laois and St. Bridget’s from Co. Westmeath. It promises as always to be a fine afternoon of camogie entertainment.
Marian Hall Lotto 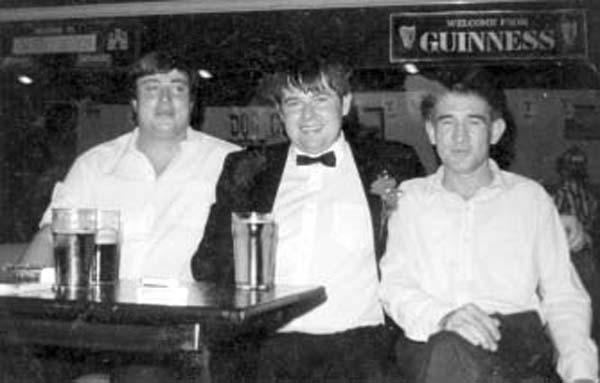