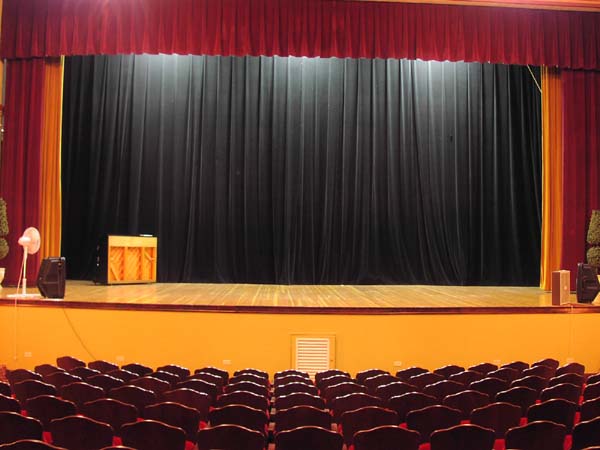 A meeting will be held in the Marian Hall on Wednesday next, 17th April, at 8.30p.m. to set up a Drama Group in Borrisoleigh. Anyone interested in taking part in the Drama Group, in any capacity on or off the stage, is invited. So if you feel that Borrisoleigh could be your Broadway and you fancy many a laugh on many a night, why not give it a go? Hope to see you there!! 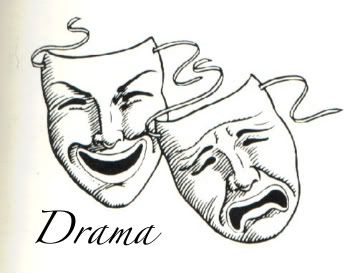 It was a very busy week on the camogie front.

Underage: Our under 16’s had their first championship game of the season on Thursday the 4th April in Roscrea against Roscrea. Their season got off to a great start with a win final score was Borris 12-4, Roscrea 0-1. Well done to all. Their next game is on the 18th April against Moneygall at 6.45 pm in the Park.

The under 12 panel had their second blitz of the season on Saturday the 6th April in Moneygall. They played Moneygall, Holycross and Newport. Again they won some and lost some, but all this match experience will stand to them when the league starts up. Their first match of the league is on the 20th April at home against Thurles.

Our under 14’s will have their second championship game on the 11th April against Holycross in the park at 6.45 pm.

Intermediate Team: The intermediate team had their final group match of the league against Shannon Rovers in the Park on Sunday the 7th April. They continued their winning streak and now top the table having won all their group matches. The final score on Sunday was Borris-Ileigh 1-10, Shannon Rovers 3-2. This means they are now in the semi-final, which will be played on the 28th April.

Administration: Club membership is now due adults €35 and juveniles €15. All players and adults involved with the club are required to pay membership which covers the cost of insurance and registration. No player will be permitted to play without membership paid. Can all players please return money from Fashion Show tickets at next training session. Committee meeting in the Park at 7 pm on Monday the 15th April, full attendance needed.

Fashion Show: The Club will be holding a fashion show in the Templemore Arms Hotel on Friday the 19th April tickets are €10 (this includes a cheese and wine reception) and are available from any of the committee (John Walsh- Centra, Christine O’Brien, Joanne Treacy- Stapletons Bar, Teresa Kiely, Paula Ryan, Carmel Harkin, Denise Hogge, Kathleen Scanlon, Liam Stapleton, Siobhan Stapleton, Triona Fitzgerald, Catherine Delaney, Caroline Harkin) or intermediate team member. Doors open at 8.00pm show commences at 8.30pm. This event will show case the latest collections from local shops all over Tipperary. Shops confirmed for the night are 1. Born-Thurles, 2. Soles-Thurles & Golden Threads-Cashel, 3. Lar na Pairce-Thurles, 4. Moran’s, Menswear, Thurles, 5. Shelia Shannon-Nenagh, 6. Elverys-Thurles, 7. Jim McLoughney-Nenagh, 8. Tescos-Roscrea, 9. Borris-Ileigh Camogie-Borrisoleigh, 10. In the Wardrobe-Carrick on Suir and 11. First Editions-Thurles. Keeping with the local theme all the models are local volunteers, local hair stylists Pearl Young and Caroline Harkin, makeup artist again local, Sheila Kenny whose work has been published in Vogue, beautician Brid Harty, make up volunteers Noirín Stapleton and Moira Dooley. Music and lighting provided by local DJ David Butler, MC on the night Micháel Tierney. Photographers on the night are Mandy Harkin and Mike Ryan. Apart from all the local talent on display on the evening, there will also be local stalls plying their wares and a raffle with some outstanding prizes up for grabs. 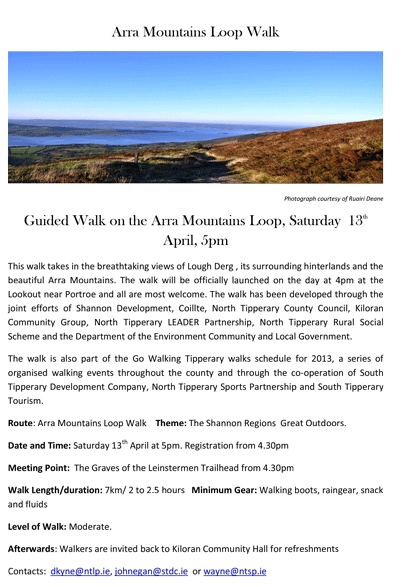 Walking is a simple activity that many people take for granted. It’s a form of natural exercise that can help you live a longer, happier and healthier life while helping you control your weight. There are some fantastic walking trails around County Tipperary. With a range of lengths and grades, there is sure to be something for everyone. A series of organised walks will take place during 2013. The North Tipperary walks include:

Arra Mountains Walk from the Graves of the Leinstermen trailhead near Ballina on Saturday 13th April at 5pm. View flyer here…
The Eamon an Chnoic Loop, Upperchurch on Friday 17th May at 6pm.
The Kilcommon Pilgrim Loop, Kilcommon on Sunday 4th August at 6pm.
The Sli Eala walk from Nenagh to Dromineer on Sunday 20th October at 3pm.

For details of these events and information on the Tipperary walking trails contact John Egan, Rural Recreation Officer on 087-0556465 or e-mail: johnegan@stdc.ie 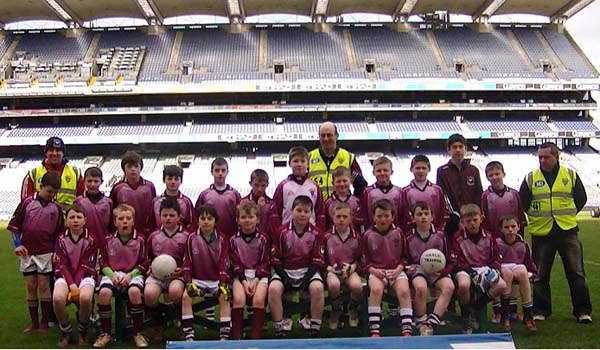 U12 Footballers in Croke Park

Our table quiz went ahead on Good Friday night and was a great night with 28 teams taking part. Winners on the night were Laura Ryan, Alan Ryan and Denise Ryan who incredibly answered all questions correctly. In second place after a tie breaker with 59 questions answered correctly were Martin Ryan, Mark Stapleton, Mattie Stapleton and PJ Kiely. In third place were Joe Kennedy, Paul Boyle, Anthony Ryan and Gerry Treacy. Winners of the juvenile prize were Kate Delaney, Aedin Hogan, Tara Mockler and Cliona O’Connell. The club would like to thank all the businesses that donated prizes for the raffle and all of those who attended on the night.

The Thomas Gleeson Cup was played in Bishop Quinlan Park recently. The first round games saw Oisin Stapleton’s team take on Adam Galvin’s team with Oisin’s team emerging as winners to qualify for the final. In the second game Darragh Quigley’s team played against Bryan Murray’s team and also qualified for the final. The final was an exciting game with some great hurling and plenty of goals scored particularly in the last few minutes. The victorious Captain Darragh Quigley was delighted to accept the Thomas Gleeson trophy from Paul Boyle. Thanks to all the teams and their managers who helped out in any way on the morning.

The U14 footballers travelled to Burgess last Wednesday evening and got off to a whirlwind start with two early goals. The tide turned however and by half time Burgess were back in front. Burgess emerged victorious on a scoreline 6-3 to 5-2.

The U12 Footballers had a busy week when they travelled to Croke Park on Wednesday last and played three games, recording a win against Tramore, and were narrowly beaten by Adare and Killavullan. The boys viewed a GAA promotional video, spent time in the interactive games room, and were brought to the top deck of the Cusack stand and given the history of each of the stands. The U12 Footballers travelled to Moneygall on Friday night and recorded a comprehensive victory. They play Newport at home this Friday evening.

The U10 hurlers took part in a blitz in Dr Morris park last weekend with three games, losing narrowly to Moycarkey and winning against Cahir and Knockavilla. 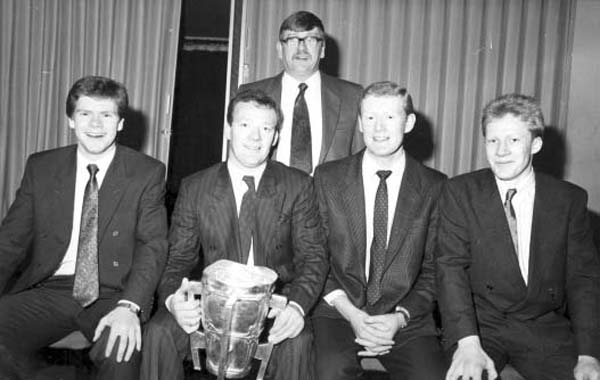 Bringing Back the McCarthy Cup
Michael Small N.T. (at back) pictured with four of his past-pupils Conor Stakelum, Bobby Ryan,
Richard Stakelum and Aidan Ryan who were all members of Tipperary’s All-Ireland winning team in 1989