Some Borrisoleigh locals enjoying the night and the entertainment which was provideed by Borrisoleigh Comhaltas.
Rose of Thurles 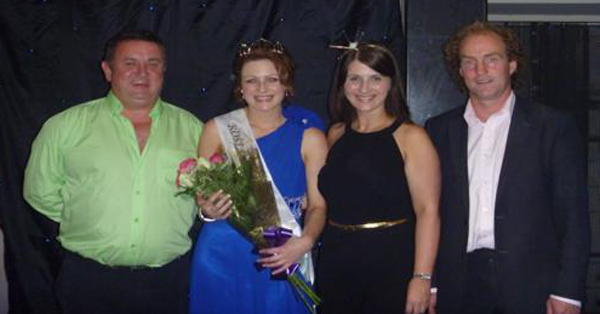 Winner of the Rose of Thurles Aimee with her Tiara designed by Borrisoleigh woman. Tiarabelle designs were delighted to be associated with the Rose of Thurles competition which was held in HQ in Thurles recently. Local girls from in and around the surrounding areas represented the business that they work for. The event was based on the idea of Rose of Tralee. It was a great event and the winning girl to receive a Tiarabelle tiara was Aimie who was representing The Source Cafe. The winning Tiara was called Belle. Tiarabelle would like to invite people to visit the Facebook page and if they like what they see "Like" the Tiarabelle page.
Heres to the Rose of Thurles 2012 with a Borrisoleigh representative winning!! 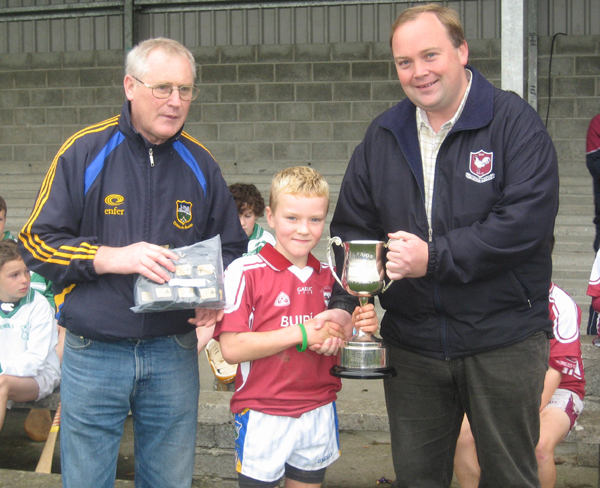 Well done to our U10s who won the Mick Prior Cup in Borrisoleigh last Saturday with wins over Borrisokane in the semi-final and Drom-Inch in the final. Well done to the mentors,Paddy,T.J., John, Gary and John Joe who have put in a lot of work coaching these lads over the last few years and the fruits of their efforts were realised with Borris-Ileigh retaining the trophy won last year. This was a great tournament once again with an array of talent and skills on display. Both semi-finals went down to the wire with Borris-Ileigh and Drom-Inch reaching the final after two great battles with Borrisokane and Kilruane respectively. Kilruane won the Plate final with a narrow victory over Borrisokane. In the Mick Prior Cup final the teams were level at half-time at 1-2 apiece however two goals from Borris-Ileigh in the second half and a strong defensive display ensured the cup stayed in Boerrisoleigh for another year. Sean Prior on behalf of the Prior family presented the Mick Prior cup and medals to James captain of Borris-Ileigh. Our thanks to Sean and all the Prior family and all who provided and served refreshments and prepared the field. Thanks also to the players mentors and supporters from our own club, Borrisokane, Drom-Inch and Kilruane. 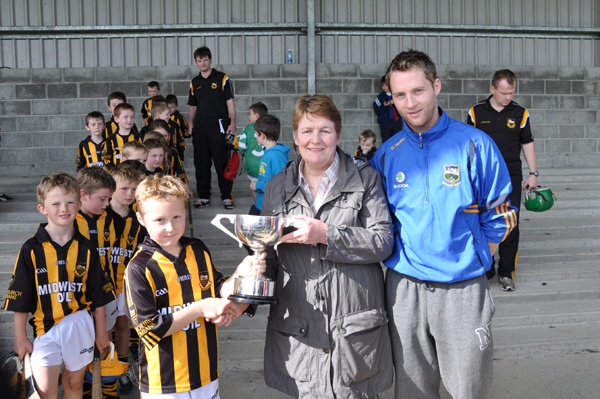 The previous Saturday we hosted our annual U8 tournament with teams from Borris-Ileigh, Upperchurch/Drombane, Drom/Inch and Templederry taking part. As always the hurling displayed by such young players was highly skillful and the great work being done by the coaches in all four clubs must be admired and acknowledged. In the end the final which was played out between Borris-Ileigh and Upperchurch was a very close affair with Upperchurch squeezing home by the narrowest of margins to win the Meagher Cup for the first time. Rose Stapleton presented the cup to the Upperchurch captain and our local county star Paddy Stapleton presented the medals and spoke to the all young players present. Our thanks to Rose and Paddy and to all who helped out and supported the teams on the day. Our thanks to our referees for both tournaments Dan McCormack and Tommy Kavanagh who did a great job both days.
Harrington Cup 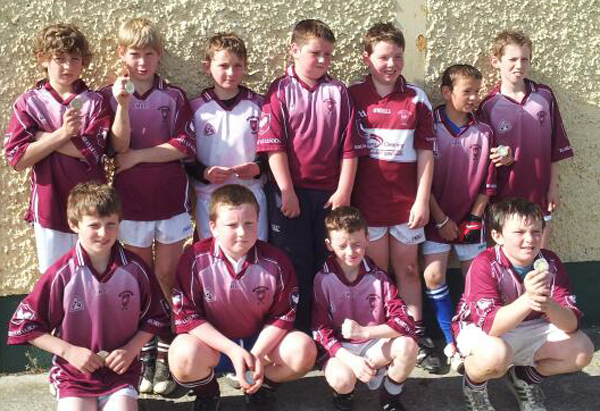 The Borrisoleigh under 11 hurling team finished runners-up in the Harrington Cup in Templederry last week and were beaten by Silvermines in the final. Thanks to Templederry Kenyons for organising the tournament, a great day was had by all. Well done players and mentors.
Thomas Gleeson Cup for players in U8s to U10s will take place this Saturday 8th October in the Town Park at 10.30am. Players will be notified by text.
Borris-Ileigh Juvenile GAA Club in conjunction with Borris-Ileigh Camogie Club will host a fundraiser on Sat 15th October in The Ragg Lounge. Santa Ponsa or Bust a comedy stage show starring Pakie O Callaghan and Frank Twomey of Bull Island and Liveline’s Funny Friday star in the show which follows the fortunes of two hapless Cork couples and their mad families from Cork’s North side to Benalmadena Prison and back again! Not to be missed and fun and laughter guaranteed. Tickets are €20 each or €15 each for two or more. Tickets will be available in the Town Park on next Sat morning from 10.15am or from any juvenile or camogie club committee member.
Any parent who wishes to submit an article or photograph(s) covering Juvenile GAA Club activities to the Borrisoleigh website should forward same to Juvenile Club PRO at roccon@iolfree.ie


More photos will be added to the picture gallery next week!

Borrisoleigh Camogie Notes
Well done to our Junior Team and their mentors who had a convincing win against Nenagh in the County Quarter Final on Saturday. Thanks also to all the supporters who braved the weather to watch the match. The result was Borrisoleigh 1-10 Nenagh 0-3. The girls are out again this Saturday 8th October in the County Semi final agianst Fethard in the County Camogie Grrounds The Ragg at 2 p.m. Best of Luck. The team would appreciate your support again if your available this Saturday.

The Camogie club in association with the Juvenile is holding a fundraising night in The Ragg on Sat 15th October @ 8.30 p.m. Tickets €20 or two for €30. Contact any committee member for tickets. Don’t miss this opportunity to see "Santa Ponsa or Bust". Santa Ponsa or Bust is the stage show that took the Dragons fiery breath away. For the first time ever in the Irish version of The Dragons Den all five dragons invested in what is already being talked about as the smash hit comedy of the year. Santa Ponsa or Bust has captivated audiences wherever it has played. Your support would be greatly appreciated. 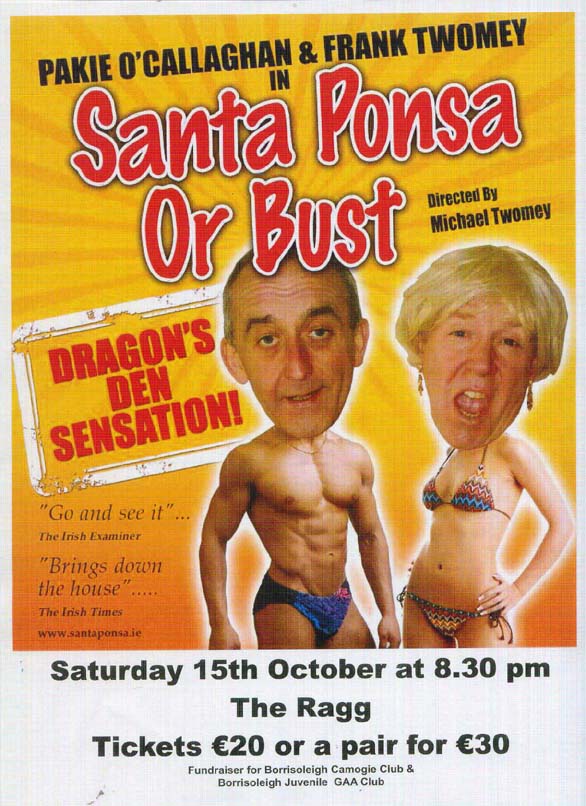 To celebrate the 10 year anniversary of Borrisoleigh’s very own Equestrian Centre, we are having an OPEN DAY on Sunday 16th October from 2 – 4 p.m. Pony and trap rides, pony rides, riding displays, obstacle races and fun and games. Admission Free! 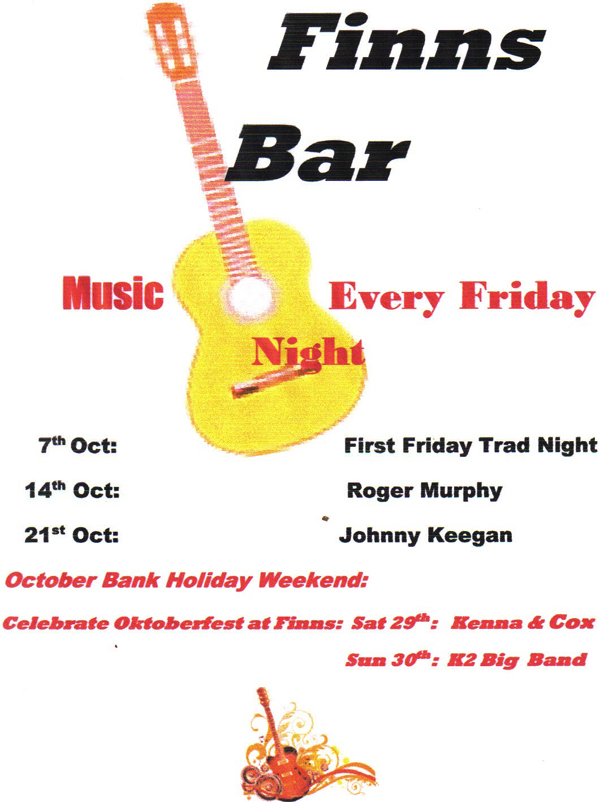 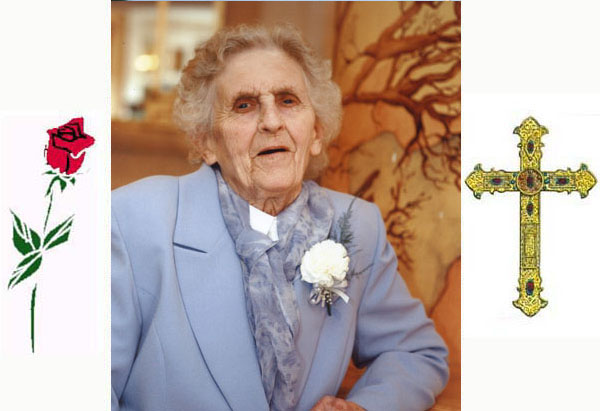 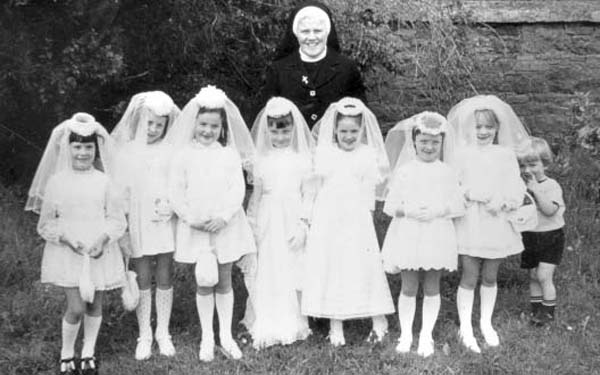