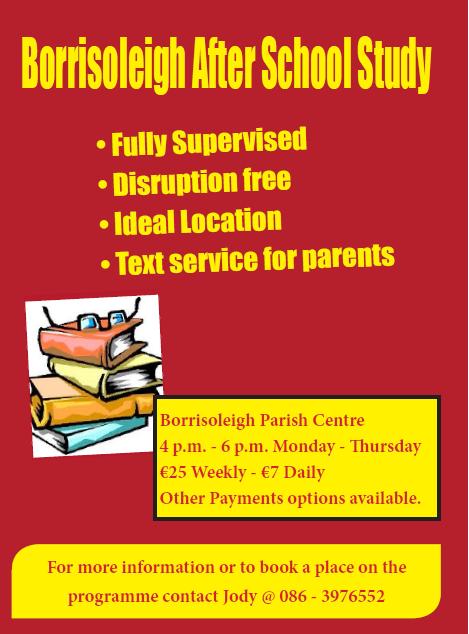 An After School Study Programme, in the Community Centre, will begin in the next number of weeks.  It will begin on Monday September 19th and it is aimed specifically at secondary students.  It is envisaged that this programme will have many benefits for those students that take part.

This programme will be available to students from Borrisoleigh and all local areas.
The fee will be €25 per week or €7 per day.  This will allow students to be more flexible in how often they use the service.  Alternative rates may be available from the co-ordinator.

The service will take place weekly, from Monday to Thursday.
To book a place or for further information, contact Jody @ 086-3976552. 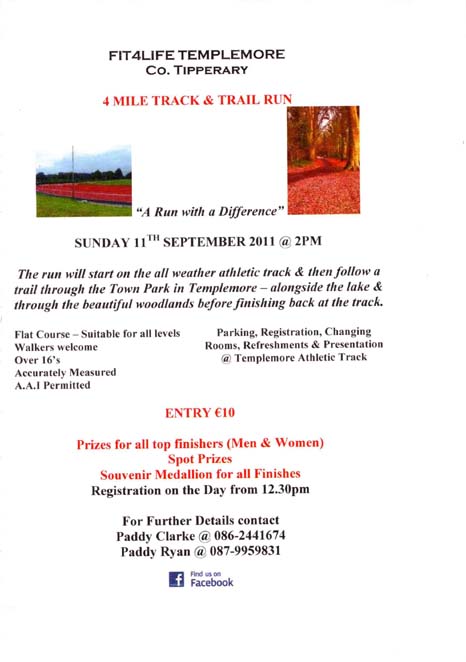 The Fit4Life group meets every Tuesday night at 8pm in Templemore Athletic Track.  All levels of fitness are catered for from walkers to serious runners.  New members welcome.
Borrisoleigh Camoige Club 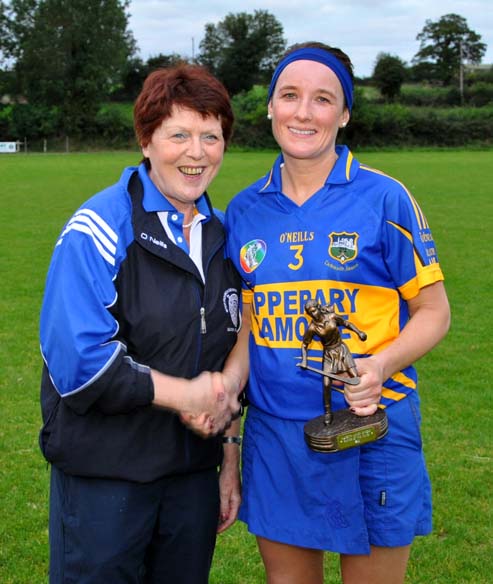 Julie Delaney-Kelly being presented with the Player of the Match award
by Jean Hayden, Munster Council

Congratulations to our Junior team who had a win against Boherlahan in Boherlahan on Sunday 28th Aug.  The final score was Borrisoleigh 3-16 Boherlahan 0-2.  Next training will be notified by text as usual.  The club would also like to congratulate Tipperary camogie full back Julie Delaney-Kelly who received the Munster Junior Final 2011 Player of the Match award. The Tomás Max U10 Memorial tournament will be held this year on Friday 2nd September  at 6.30 p.m. sharp. The kids would greatly appreciate your support.

Hip Hop dance classes by Michelle Richardson Hennessy (0863236002) of "MY School of Music", Nenagh will commence in Borrisoleigh Community Centre on Wed nights starting the 7th September.  5 yrs to 11 yrs 6pm to 7pm, adults 7pm to 8pm.  Pay as you go classes cost 7 euro each.

Hip Hop dance is an enjoyable way of getting fit and having fun for boys and girls and adults.  The workout programme is broken down into easy steps so anyone of any age can participate in this fun activity.  Pretty soon you will be feeling great and be able to bust some seriously cool hip hop moves! 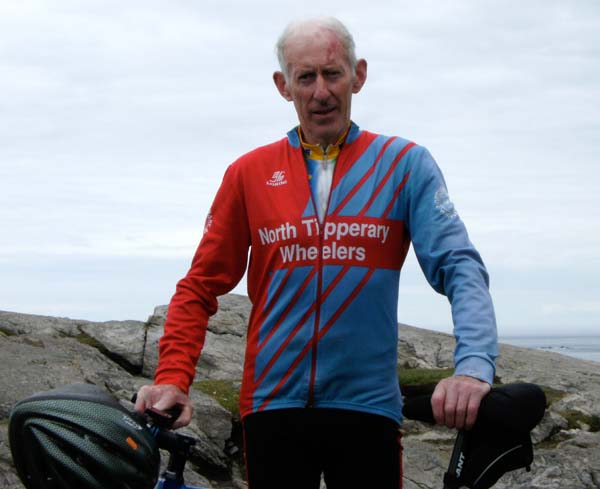 Gerard Ryan at the finish

North Tipperary Wheelers Cycling Club recently did the Mizen-Malin cycle between 19-22 August and Gerard Ryan (at 71) was one of the participants.  The distance cycled was 385 miles.  The Challenge was in aid of TLC 4 CF.  All riders finished without any major problems.  Well done to all involved.

U13 Plate: We lost to Borrisokane last week and play Kildangan this Wednesday in Puckane.

U14 North C/ship semi final:  A workmanlike display saw us beat off the challenge of Shannon Rovers in Dolla on Tuesday 30th of August to qualify for the North Final.  A very good first half effort from the team laid the foundations for a good win against a team who had beaten us in the early rounds of the championship.  We now play Borrisokane in the Final next Tuesday 6th of September in Cloughjordan at 6.15pm.  Please come and support the team as they try to retain the U14 North title won last year

On Friday 26th last the home of John and Mary Ryan, Currabaha was broken into.  Thieves entered via the front door.  Their home is situated on the right of the road from Currabaha Cross to Templederry Village.  The burglary occurred between midday and 1:10pm.  It would be deeply appreciated if anybody travelling that road around that time and in the earlier hours of Friday morning could think back on their journey.  Perhaps somebody saw something earlier in the day that did not seem significant then, but could be of huge assistance now.  Gardai are investigating and would appreciate any assistance from people who may have been on that road on the morning of Friday 26th. 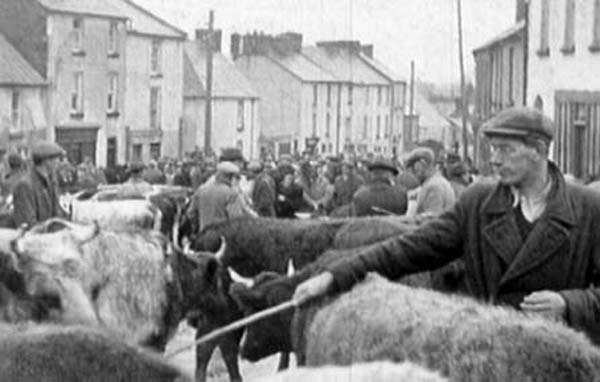