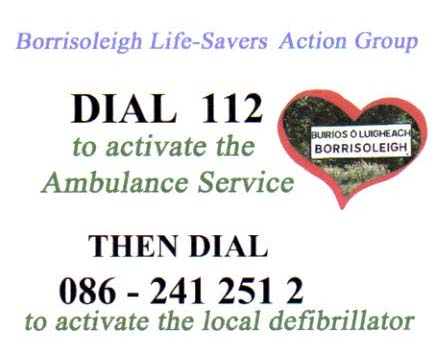 In order to maintain the defibrillators in the community, Borrisoleigh Life Savers Action Group will hold a Church Gate collection, in Borrisoleigh, this weekend, 28th and 29th May. Your support would be greatly appreciated.
Borris-Ileigh Juvenile GAA Club

Hurling Championship
The u14s have now played two games and have had two wins over Newport/Ballinahinch and Borrisokane. They play Kildangan this Wednesday 25th May in Puckane and Ballina next Wednesday 1st June in Borrisoleigh.

The U12 championship begins in the coming weeks, games will take place on Fridays and players will be notified at training of the match times etc.

U16s continue training on Mondays & Wednesdays and with exams coming up soon for most players these sessions are confined to drills only.

U8s and U10s continue to train and play challenge games when the U10s went to Dolla to play Silvermines last week and the U8s entertained JK Brackens in the Town Park last Saturday.

Peadar Cummins Tournament
The annual inter-divisional U14 hurling tournament takes place next Saturday 28th May in Borrisoleigh. This tournament always produces a very entertaining days hurling in the Town Park and the Juvenile Club are very proud to host this tournament that continues to honour the late Peadar Cummins and his tremendous work for underage hurling. Once again this year the club has two representatives on the North Panel, Eoin Stapleton and Micheal Carey. Congratulations and well done to both lads and best of luck on the day. It’s all hands to the pump that day and anyone that is available to help out would be most welcome in the Town Park from early on Saturday morning. Also as we provide refreshments for all teams and supporters, anyone that wishes can deliver sandwiches and other refreshments to the Pavillion on the morning of the 28th.

Borris-Ileigh Camogie Club Our Juniors had a great win over Nenagh in a challenge match recently, well done to all involved, players will be notified about training via text message, anyone who cant attend please contact Jody or Siobhain.

The club would like to express our deepest symapthies to the Harkin, Delaney and extended family on the recent death of Mary Harkin. May she rest in peace.

Happy Birthday Mary
On Saturday last 21st May a special surprise birthday party was held for a very special lady and member of our community, Mary Ryan of Main Street. 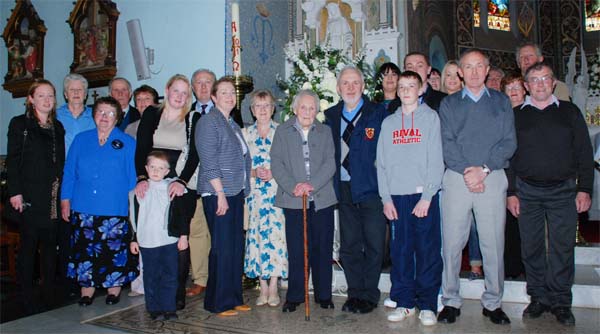 Mary, surrounded by family and friends after the special Mass of Thanksgiving in honour of her 90th birthday

A special Mass of thanksgiving to mark this milestone event was celebrated in the parish church at 5pm on Saturday which was then followed by not one, but two parties, one at Mary’s home and then later at 9pm another in the Community Centre. 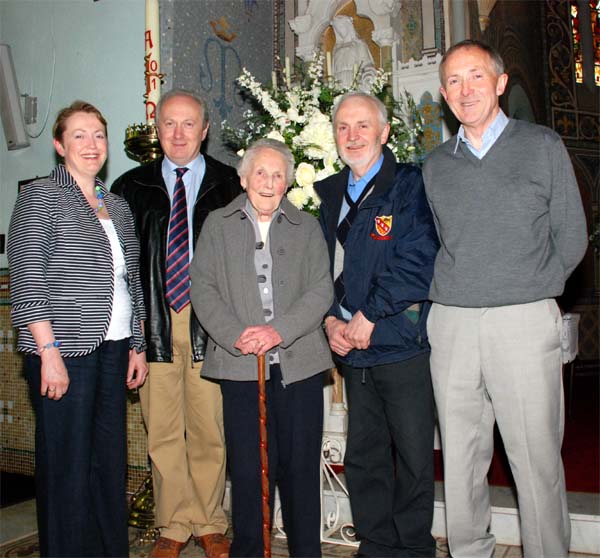 Mary with her daughter Mary and sons Gerard, John and Michael after the Mass of Thanksgiving in the Sacred Heart Church
Mary was surrounded by family, neighbours and friends and like the ‘other’ queen she greeted her royal subjects as proper protocol required. Buckingham may have’ her majesty’ but Borris has ‘her ladyship’, the only difference being that the formality of the ‘curtesy’ was dispensed with in favour of the less formal hug and handshake to wish ‘our queen’ – Queen Mary – joy and happiness on her big day and in the years ahead. 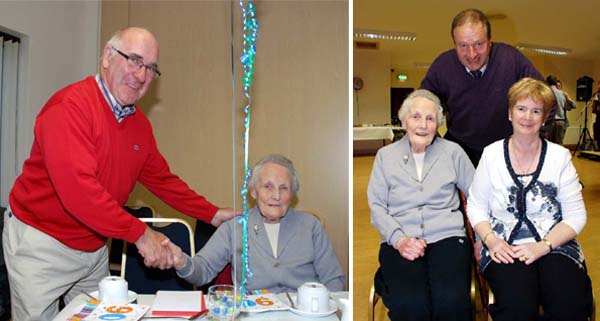 Mary and Ida, one looking younger than the other!
The Castle Trio of Phil, Mick and PJ regaled with their music those who attended the royal banquet, which was served up by an army of helpers, and the dancing continued late
into the night. 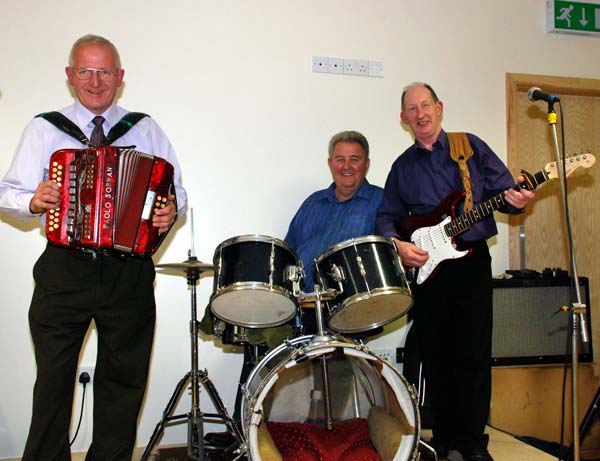 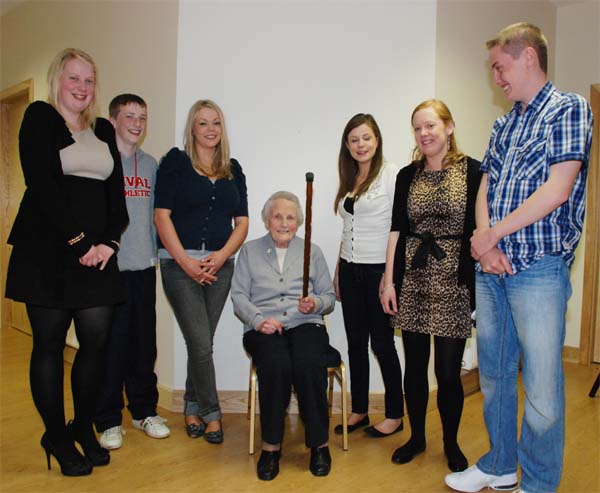 Mary may be 90 but she can still show us who’s boss much to the amusement of her grandchildren!!! 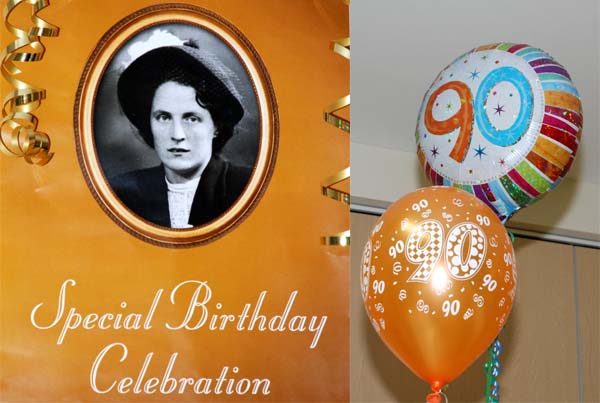 Mary on the day of her wedding all those years ago!

Mary’s family would like to thank everyone who made this such a special event for their mother, it is very much appreciated. 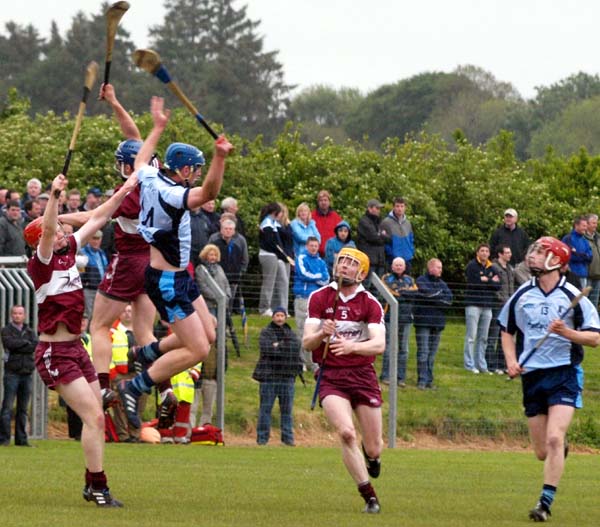 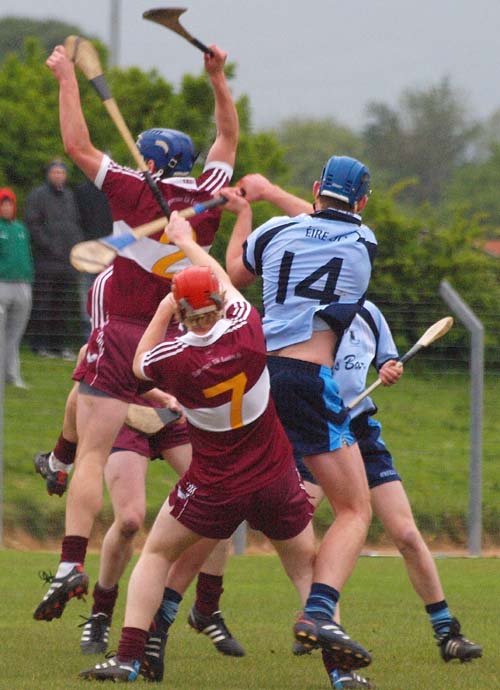 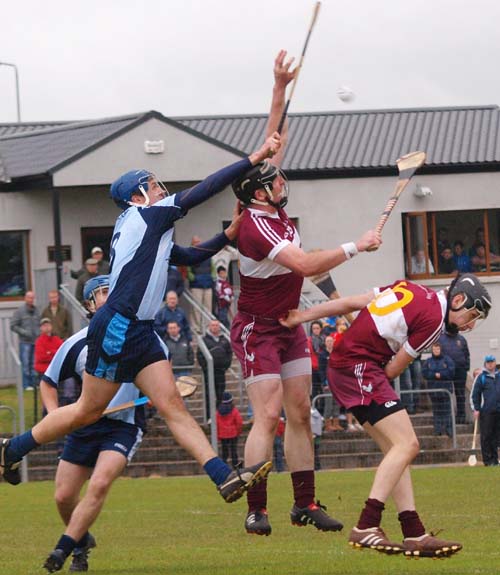 Some action from the Borris-Ileigh -v- Nenagh match that was played in Toomevara recently and ended in a draw game. 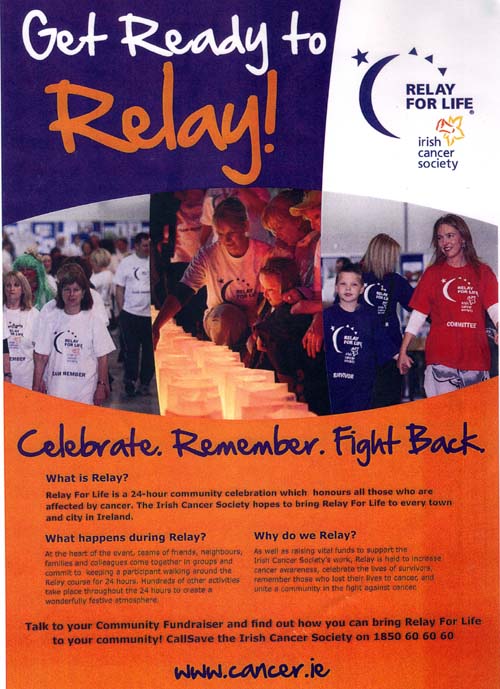 If you are interested in entering a team or going along on the day please contact:
callsave 1850 60 60 60 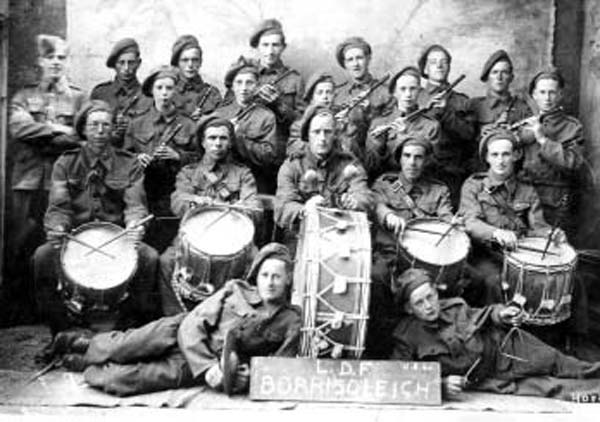