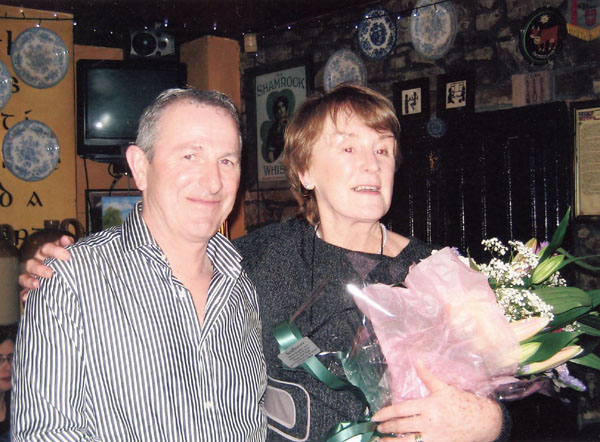 Anna Egan from Coolawn, Borrisoleigh retired recently after 21 years working at Ryan Insulations, Nenagh Road & previously at Chapel St. On Saturday 19th February Don & Della Ryan invited Anna & her colleagues, friends & family to celebrate the culmination of her 21 years dedicated service to Ryan Insulations. A beautiful meal & drinks were enjoyed by all at Kinane’s of Upperchurch in honour of her 21 years of loyalty & hard work in Ryan Insulations. She is wished all the best for the future. 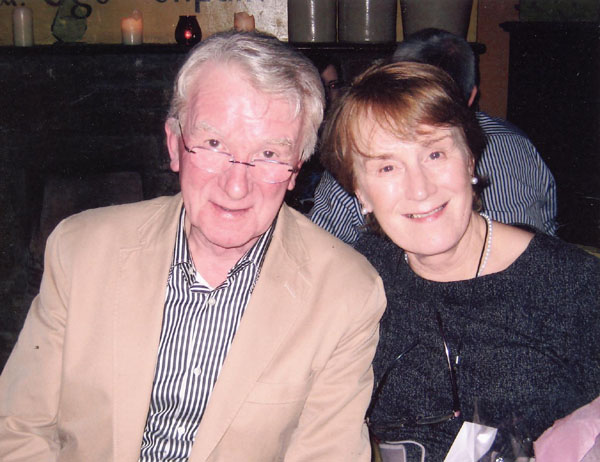 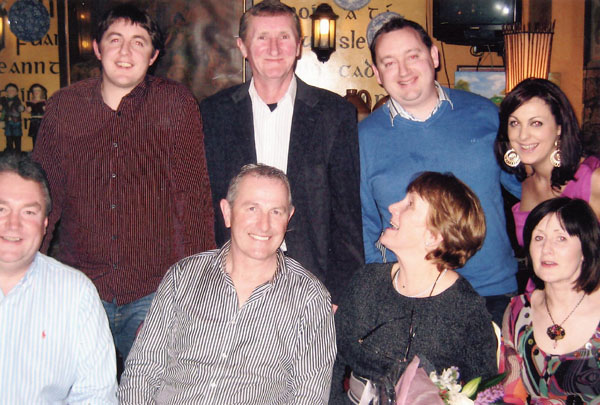 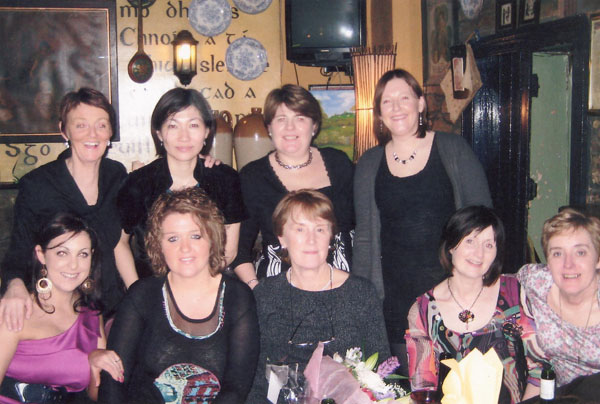 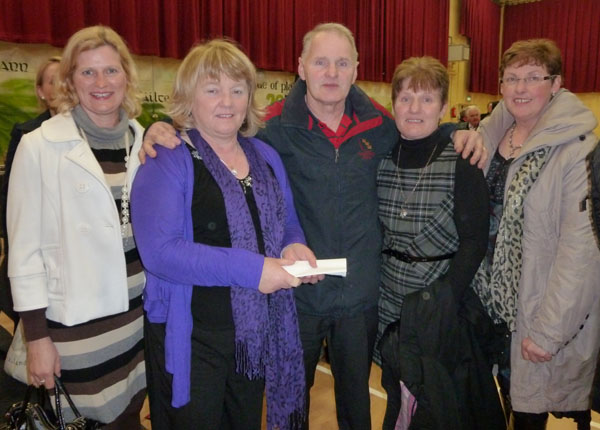 Paddy and his fan club!

Congratulations to Paddy Dolan in the solo song competition and to the Borrisoleigh dancers in the Set Dancing competition who were victorious in the Munster semi-final of Senior Scór which was held in Cappaquin last Saturday. Both Paddy and the dancers have qualified for the Munster Final which will be held in Our Lady’s Secondary School, Templemore on Saturday 19th March at 6.00pm. Gach rath ar Phádraig agus ar na rinceoirí. 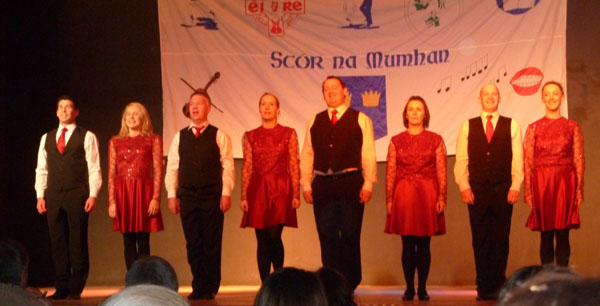 The set lining up.

Entry to the Scór Munster Final is by ticket only.If you require tickets please ring Mary Bourke at 087-2160430.

The area final ( North semi-final ) of Scór na bPáistí will be held in the Marian Hall, Borrisoleigh on Friday next 11th March at 7.30pm sharp. A great night’s entertainment is guaranteed as the children will perform at their best in the hope of securing a place in the North Tipp. Final of Scór na bPáisti. Best of luck to all the competitors and their mentors. 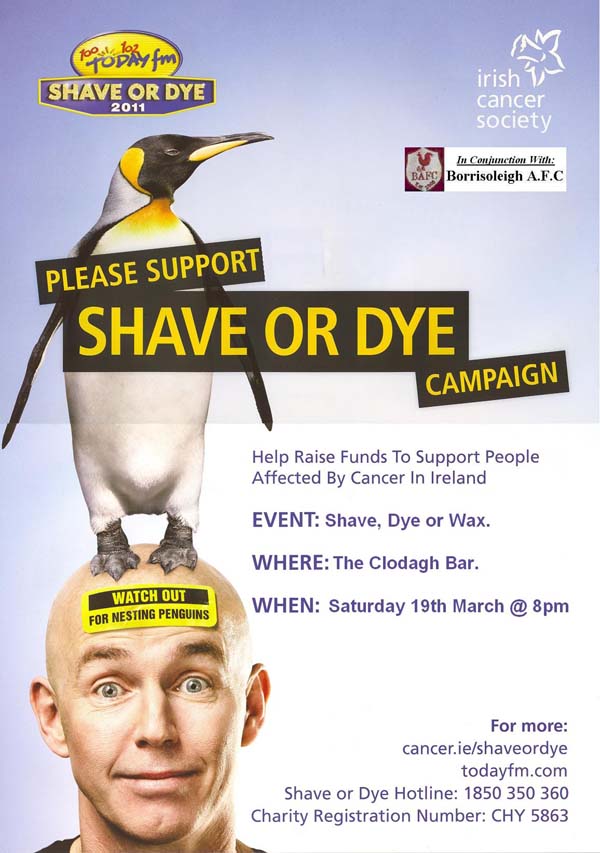 Borrisoleigh AFC will hold a “Shave or Dye” charity fundraiser on Saturday 19th of March in the Clodagh Bar in aid of the Irish cancer society. Names are being finalised at the moment but expect many heads to take a different shape or colour on the 19th.
Confirmed to be turned into skinheads in aid of the cause include our flame haired keeper Gerry Treacy. The somewhat balding Barry Walsh is also giving up his much valued hair along with Martin Ryan. The fate of Brendan Maher’s hair has gone to a public consultation while our club chairman David Butler has volunteered to a chest wax. Also in line for a leg waxing are David Walsh and Wayne O Mahoney. More names shall be added before the night itself.

We would be very grateful if you come along on the night and support this very worthy cause. Sponsorship cards shall also be doing the rounds for the next two weeks so if you see one try and give a few euro. 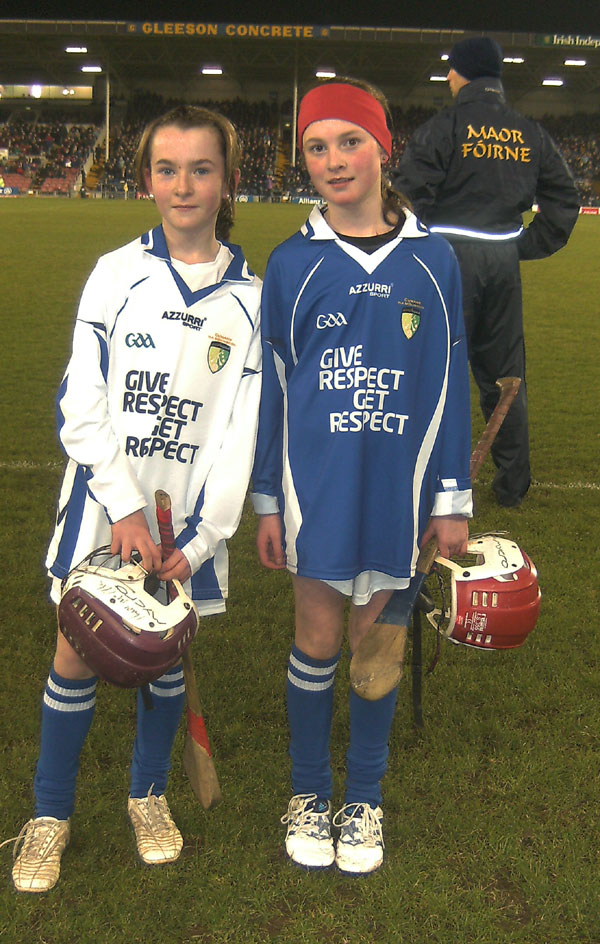 Aedin  and Tara  taking a break for a photo shoot at the Tipperary-Waterford match in Semple Stadium at the weekend.

These girls were delighted to have been chosen to represent their school-St. Therese,s N.S. and their club-Borrisoleigh in the half-time match.
Congratulations girls!

Hogan Cup Senior Hurling: We overcame Moneygall by five points in the second round of this competition last Sunday. We have now qualified for the final, date to be fixed. At the moment we are down to play Roscrea next Friday 11th.March at home in the Co.League under lights at 8pm.
In the North C/Ship we have drawn Roscrea,Nenagh,Borrisokane,Temple
derry,Portroe in a group of six – first game starting on the 10th of April versus Portroe.
U21 A Football: We play Kildangan in Dolla on Saturday 12th March at 2pm. As this is a semi-final your support would be appreciated.
Senior Scor: Congratulations to Paddy Dolan (solo song),our Set Dancers ( Julie Treacy,Pauline O’ Brien,Aileen Og Groome,Michelle Maher,Declan Maher,Henry Groome,Tomas Walsh and Peter Ryan) who qualified for the Munster Final to be held in Templemore on Sat.19th March.

Congratulations to Paddy Stapleton who won the Fitzgibbon cup with UL recently. Commiserations to Ciaran Cowan who was on the LIT team. This match was won by an injury time goal. Both Paddy and Ciaran aquitted themselves well.

Shape up for Summer 2011 with Pilates

We hope to run another eight week session of Pilates before the summer break in the Community Centre Pallas Street. The course will cost 78 euro. starting on March 15th. 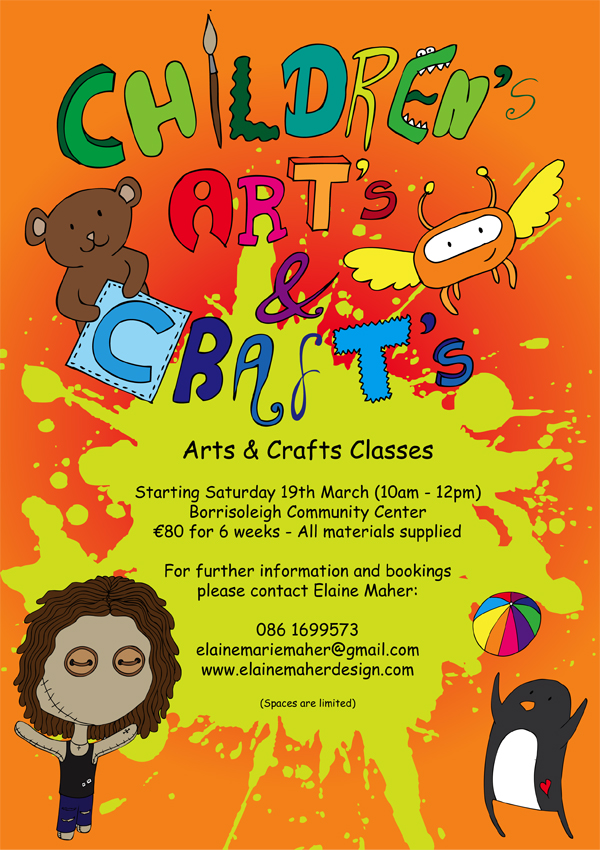 Junior training takes place this Thursday the 10th of March at 7pm.
Anyone who is interested in joining the Tipperary Camogie Draw can contact Carmel O Brien or Christine O Brien. Your support would be greatly appreciated.
Marian Hall Lotto 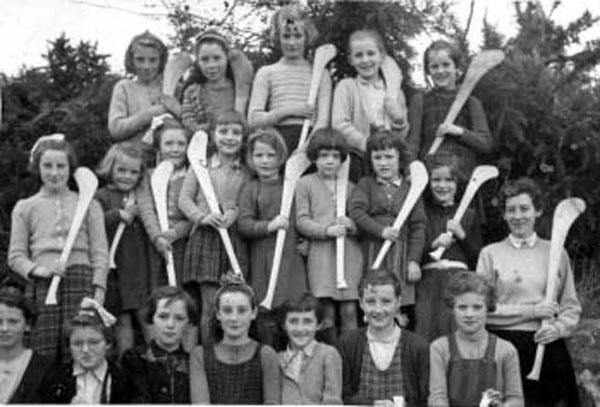