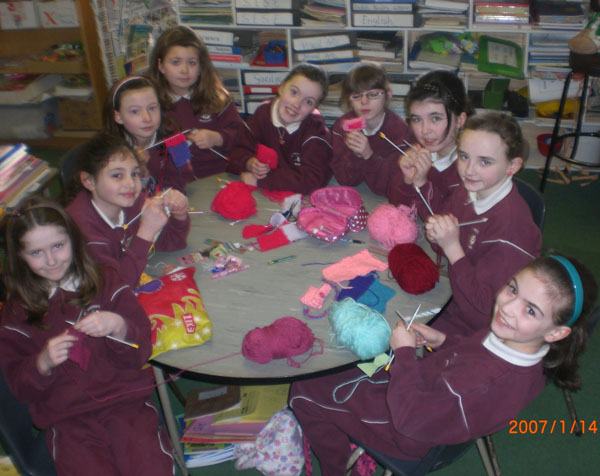 Nine nifty knitters
Deirbhila, Antoinette, Aoife, Shaneen, Sinead, Claire, Maeve, Kayleen, and Aideen showing their wonderful knitting skills. Rumor has it that these busy ladies are teaching their mothers a thing or two about the craft.Knitting has become fashionable again. 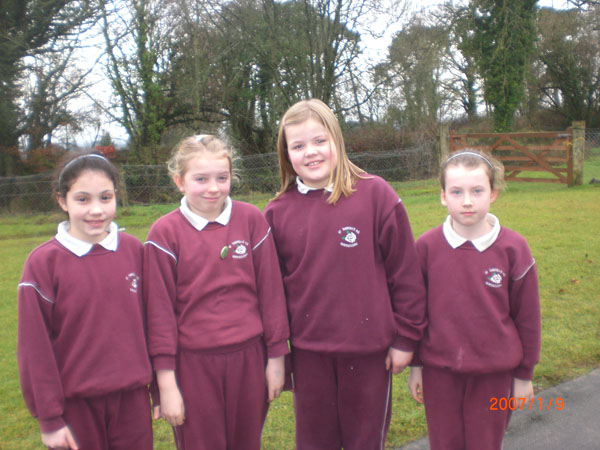 Competitors -Team A
Gretta, Amy, Avril, and Laura all participated recently in the Templemore Credit Union Quiz .
Raising the Posts 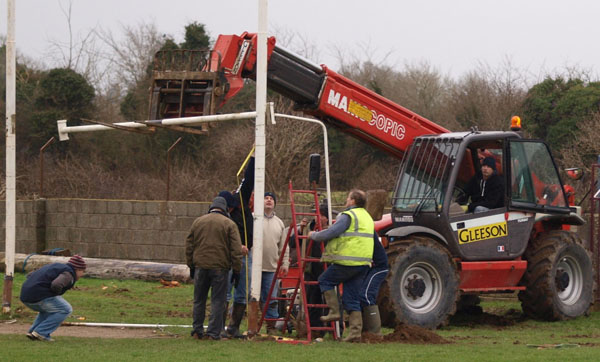 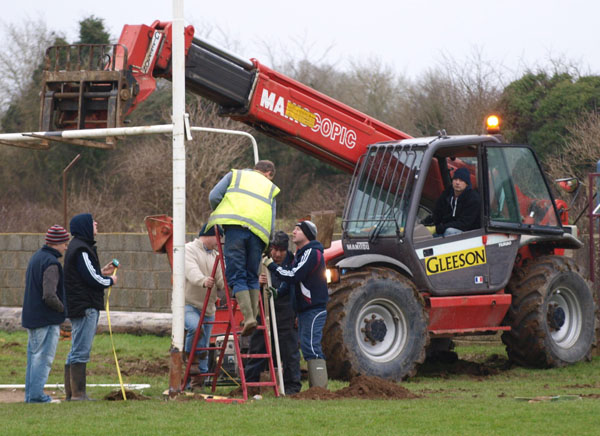 The film follows the cataclysmic events for a local community following the discovery of gas in the Corrib Gas Field and the attempts to bring it to shore by pipeline over farmland in Rossport. Five men were jailed in 2005 by the President of the High Court of the Republic of Ireland, for civil contempt of court after refusing to obey a temporary court injunction forbidding them to interfere with work being undertaken by Shell on their land.
The struggle between the company and the landowners divided the community as both the organs of State and the Oil Company attempted to force through the work. The community reacted against an aggressive “invasion” by blockading the project and forcing it to a halt.

Director Risteard O’Domhnaill who followed the story on camera says; “I, unwittingly, became drawn in by the dignity and intelligence of these people and over the next three years followed them in their daily lives, while at the same time researching into the historical and political reasons as to why this project was so controversial.”

‘The Pipe’ won The George Morrison Feature Documentary Award at the Irish Film and Television Awards last Saturday night. The battle between community and the Oil Company goes on, with the recent imprisonment of protestors.

Patrons can call into the Arts Centre in the Town Hall, Banba Square, Nenagh to purchase tickets for this extraordinary film. Tickets are €6 and booking online for this and all Arts Centre events is available at www.nenagharts.com 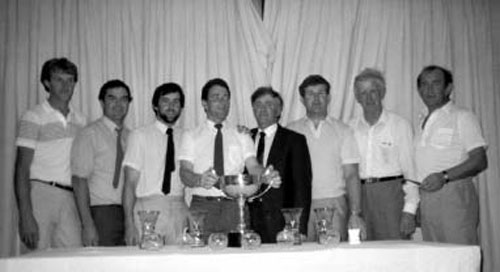