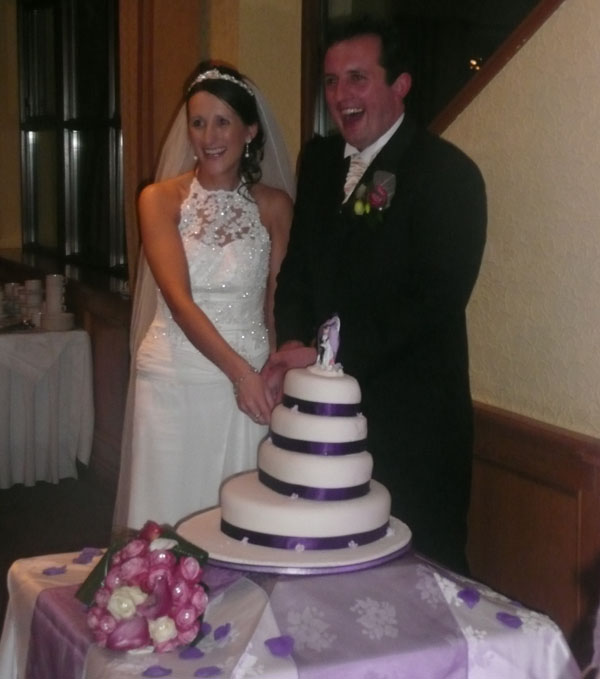 Congratulations and best wishes to Ann Ryan, Borrisoleigh and Wilie O’Brien, Tuamgraney, Co. Clare who were married Saturday 2nd October in The Sacred Heart Church, Borrisoleigh and celebrated their reception in The Lakeside Hotel, Killaloe.

Eamon walking Ann up the aisle.
Thomas and Mary Tie the Knot 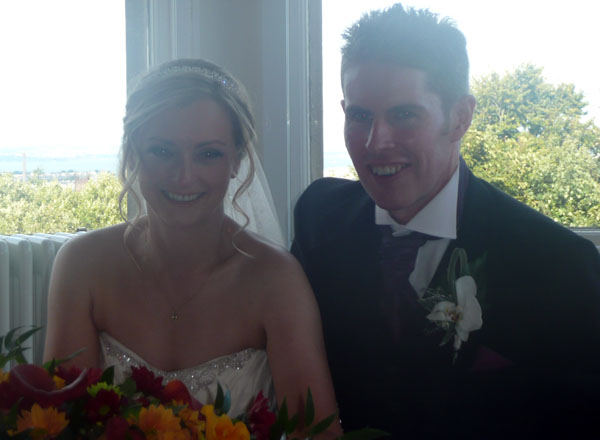 Congratulations and best wishes to Thomas Kiely, Borrisoleigh and Mary Cameron, Scotland who were married on 17th September at Napier University Edinburgh. 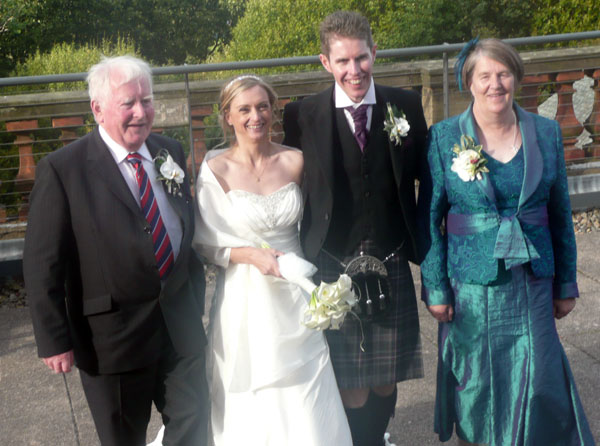 The happy couple pictured with Thomas’ parents, Tom and Mary. 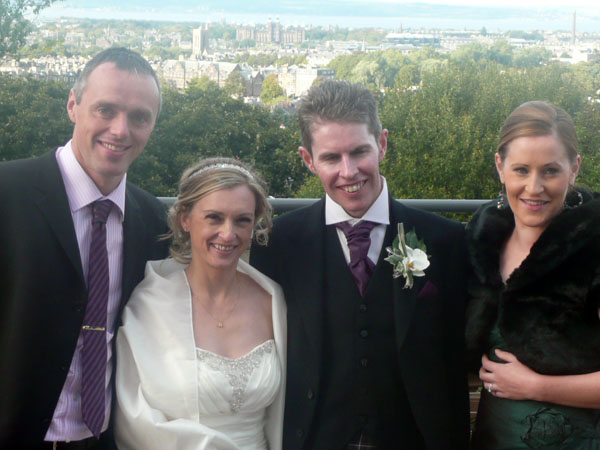 Thomas and Mary with Thomas’ sister Maria and her husband Aidan. 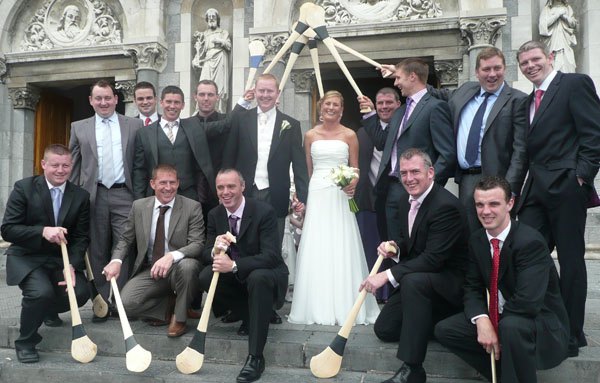 Congratulations and best wishes to Robbie Stakelum and Ellen Ryan,Thurles who were married on 7th August in The Cathedral of the Assumption, Thurles and celebrated their reception in The Anner Hotel, Thurles. 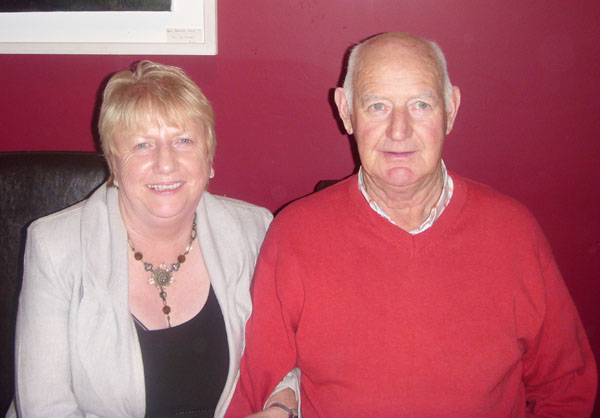 Congratulations to Mick & Frances Kennedy, Cullohill, who celebrated their 40th Wedding Anniversary in Stapleton’s on Saturday 9th October. The party was a complete surprise to the couple, who got a land when they came into the pub. A great night was had by all. 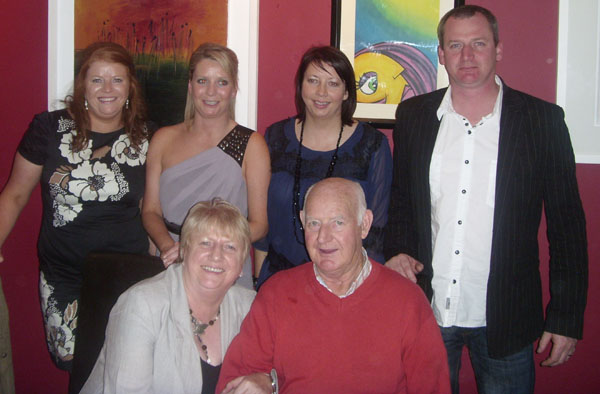 Frances and Mick with their children, Siobhan, Oonagh, Anita and John.

Frances and Mick with their grandchildren.


It started with a simple ring forty years ago,
And now we have a treasure chest that’s began to overflow,
A loving family of four, three girls and a boy
And five grandchildren as well, they are our pride and joy.
We have also gained a wonderful daughter so beautiful and grand
A caring son as well to join all in the band,
The years have rolled by and gladly with no regret,
Because we have no doubt we were the “ perfect set”.

A sincere thanks to our family and to all who made our night such a wonderful and joyous occasion.
Mick & Frances. 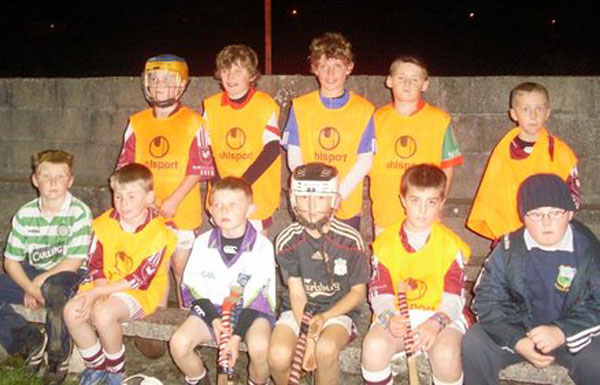 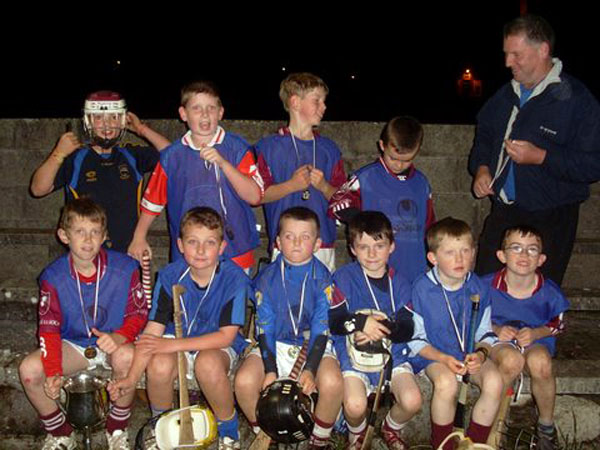 Thomas Gleeson Cup: The fourth annual Thomas Gleeson Memorial tournament for U10 to U8 boys was held on Wednesday 29th Sept in the Town Park. Following the two semi-finals, George Stapleton’s team played Harry Young’s team in the Plate Final and Seamus Ryan’s Team played Daniel Fahy’s team for the Thomas Gleeson Cup, The Plate final was a very close game with the teams inseperable after normal and extra time, and with the time moving on, it was agreed to settle for the draw. In the Cup Final Seamus Ryan’s team proved the stronger and with some fine dispalys throughout they emerged worthy winners. Well done to all the young players who took part on the night, their managers supporters and referees. Thanks also to Diarmuid Boyle who ably assisted by juvenile Club Chairman Michael Carey presented the Thomas Gleeson Cup to Seamus the winning Captain and the medals to the winning team.
For more photots of the Thomas Gleeson Memorial tournament click here 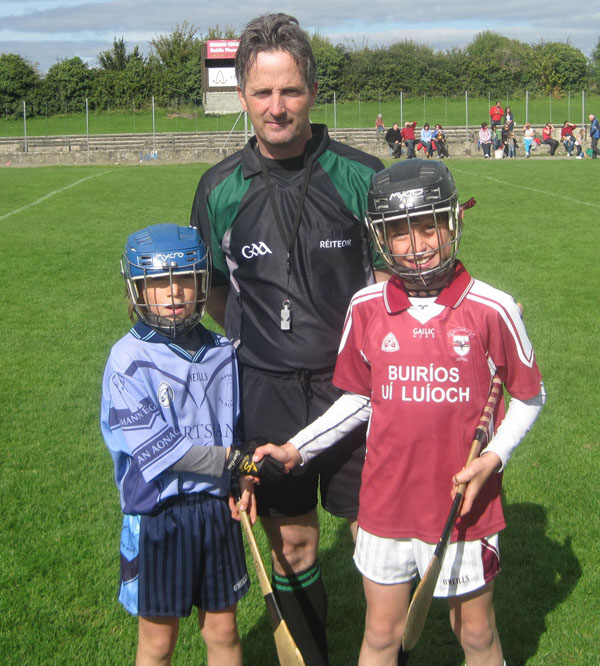 We were invited to take part in a Hurling Blitz in Cahir last Saturday. Our U7, U8s, U9’s and U10’s competed against Cahir, Boherlahan and Lisgoold from Cork. A great days hurling was enjoyed by all. Our thanks to Cahir for the invitation and for their hospitality on the day.

New Avon rep in Borrisoleigh, caters for Borrisoleigh and surrounding areas.
Call or text Ciara on 0860662811 for an avon brochure, anytime after 4 o’clock. 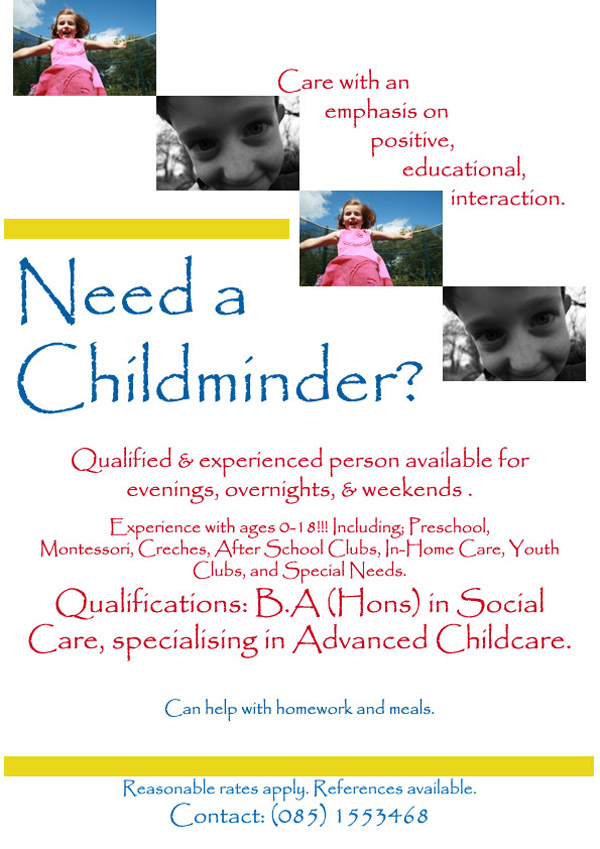 Next draw: Thursday 14th October in Stapleton’s (Cross of Pallas) 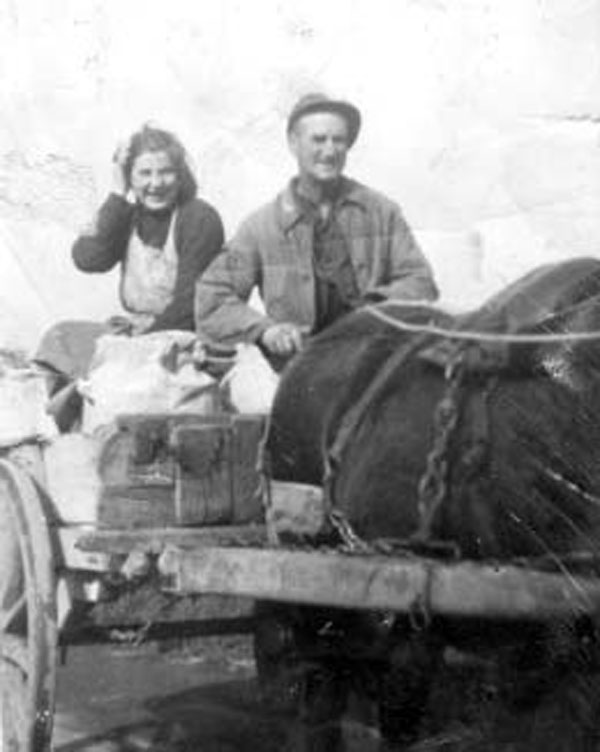 Mary Stapleton, Kilfithmone and Dinny Shanahan, Upper Street
Dinny was a ‘carter’ with the County Council.
Your Website Needs You!