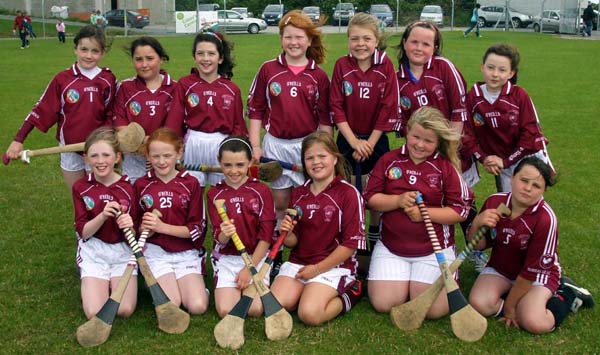 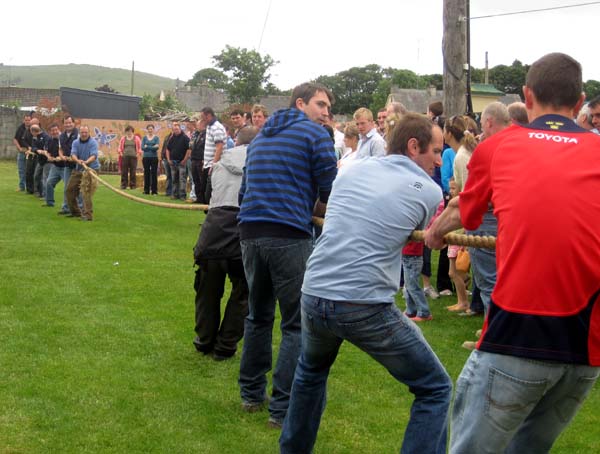 Looking serious at the Tug of War!

Clodagh Macra held their annual ice-cream fun day in Templederry on Sunday last in aid of Down Syndrome Ireland.

A great crowd turned out for what was a very enjoyable day for all.  There were plenty of activities for everyone, with bouncing castles, welly throwing, hurling targets, a bale run, penalty shootout and much more.  The tug of war competition was very popular with 5 teams entering and it turned out to be one of the most competitive and entertaining events of the day.  There was of course ice-cream and refreshments for all.

A huge thanks must go to everyone who helped organise and run the event and also those who turned up to support us on the day.  As all the money has not been collected yet, we do not have an official figure as to what was raised, but it all goes to a great cause. 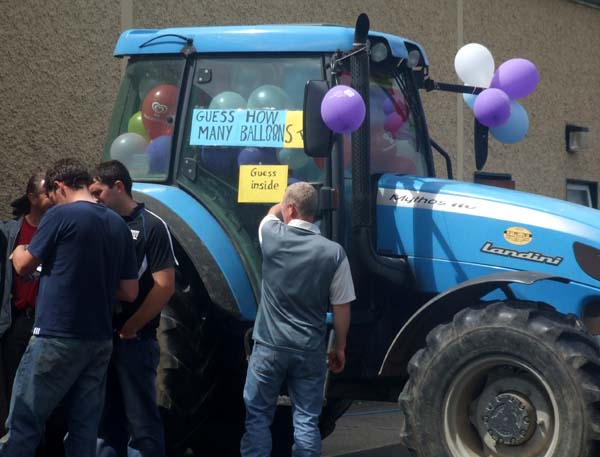 How many balloons can you get into a Landini?? 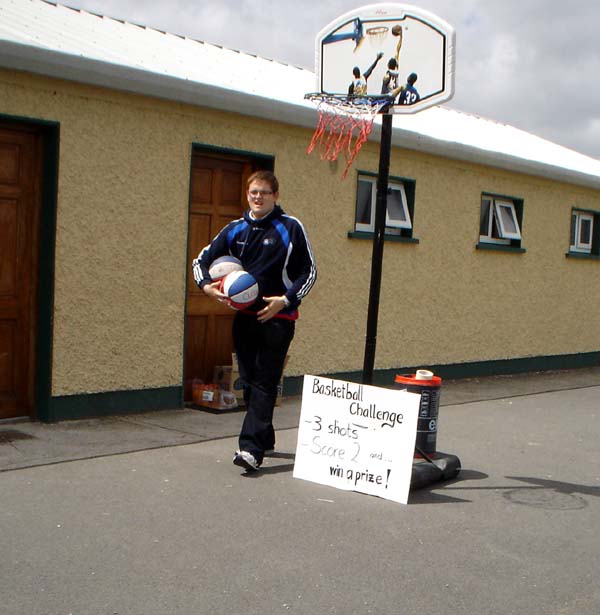 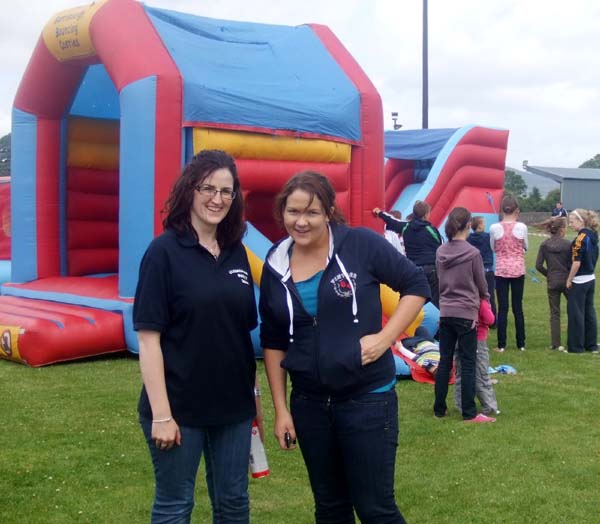 Are adults allowed in bouncing castles?

Borrisoleigh AFC
Borrisoleigh AFC will hold a fundraiser with a difference on Saturday 24th of July in the Clodagh Bar.  While most of us are familiar with the Rose of Tralee, Borrisoleigh AFC have decided to give the current format a revamp and instead of female roses we shall have males ones instead.  While the full list of roses has yet to be revealed, I can tell you that Ciaran Cowan, Tom Young, Benny Harkin and John Keane will all be on stage for the elusive prize. The full list of the budding roses shall be released nearer to the date.  Also a stellar panel of judges will be there on the night to give an added bit of spice to the night.  So far Denise Ryan and Joe Kennedy have been signed up for the night to impart their thoughts to the crowd.

Keep an eye out for posters and advertisements over the coming weeks for more information. 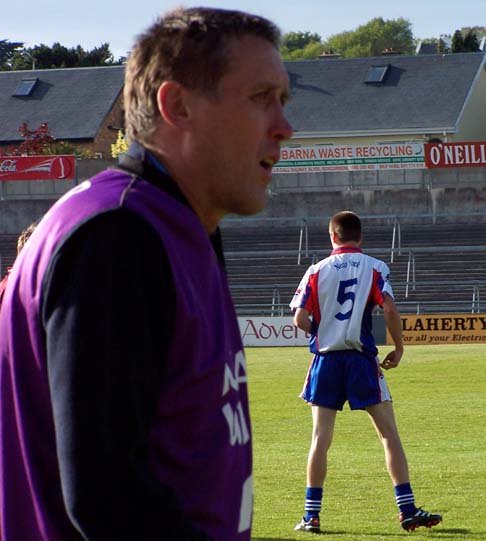 Donnacha O’Dwyer wearing his Maor Uisce bib on the sideline with his son wearing No 5
Borrisoleigh man Donnacha O’Dwyer recently travelled with his son, also Donnacha to Galway for the New York v Galway Minor Football Championship clash on May 9th.  Although New York lost the game, a great time was had by all and as always the hosts hospitality was fabulous.

Pic of the Past …. down memory lane 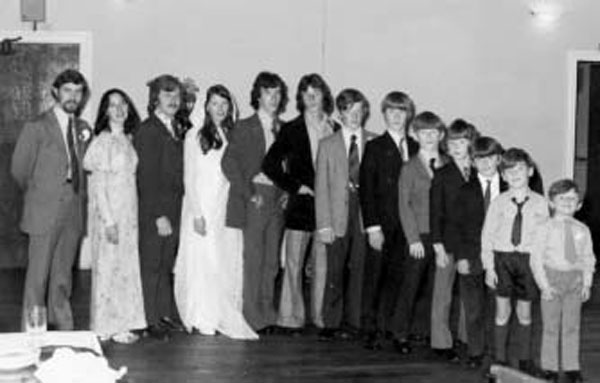