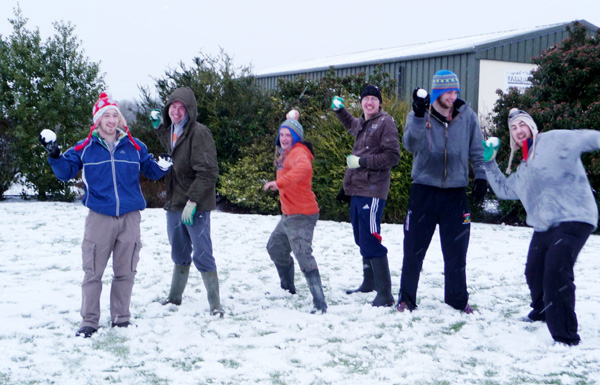 A half dozen free-range Borris Boys prepare to launch a futile attack on a ‘wiley’ website photographer. Better luck next year lads! 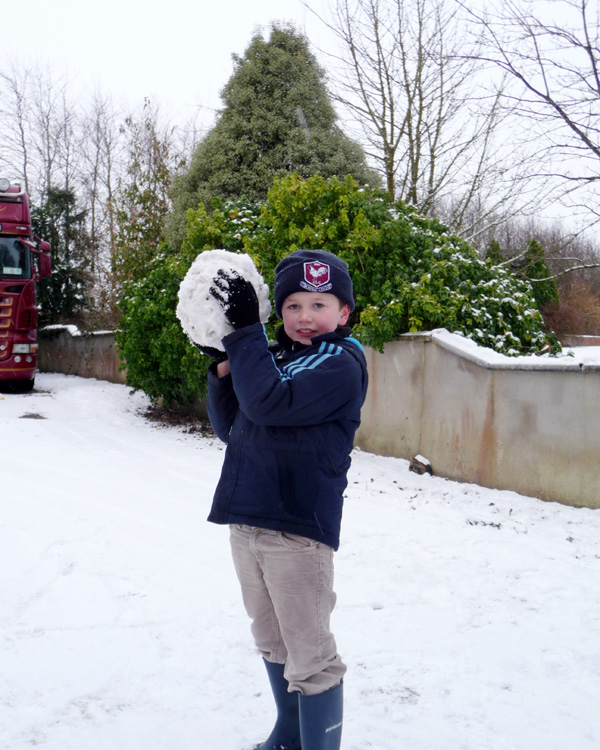 It takes a real man to make a real snowball. Well done Cian!

A white Christmas (well, nearly!) in the great metropolis of Borris! 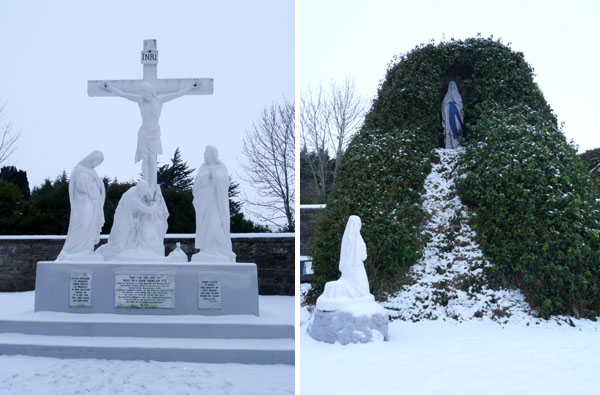 Safety First – FÁS to the rescue 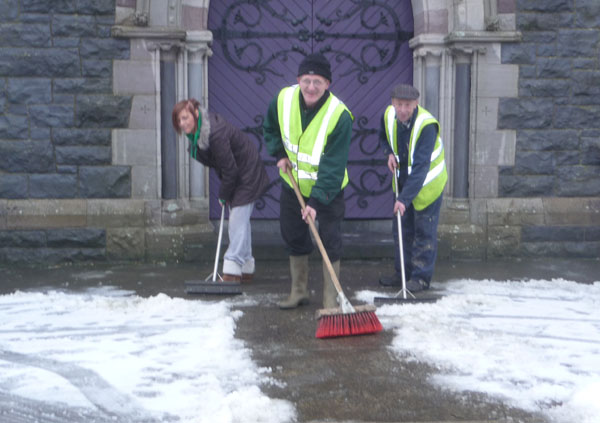 Marie Fitzgibbon, Phil Maher and Martin Kennedy (Fás workers) helping to keep the entrance to the parish church safe for the morning Mass-goers. 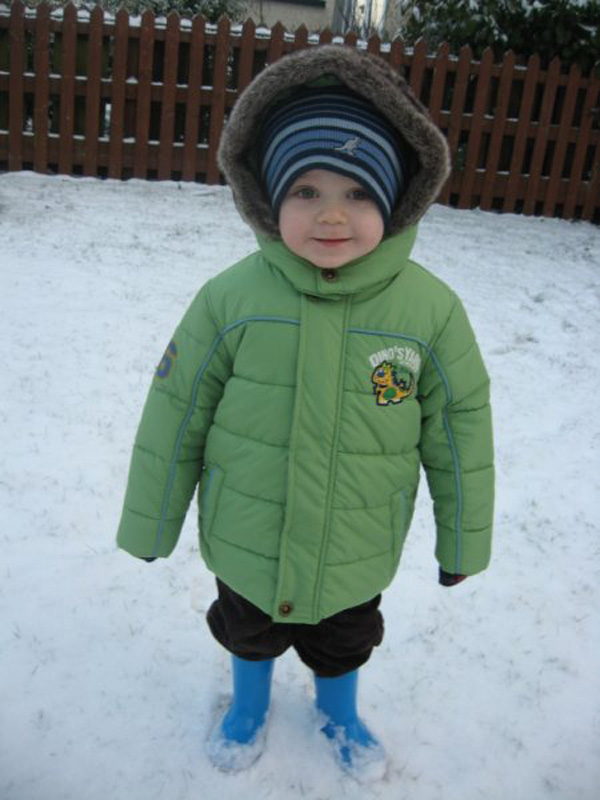 The results were as follows:

Many thanks to all who supported the draw. 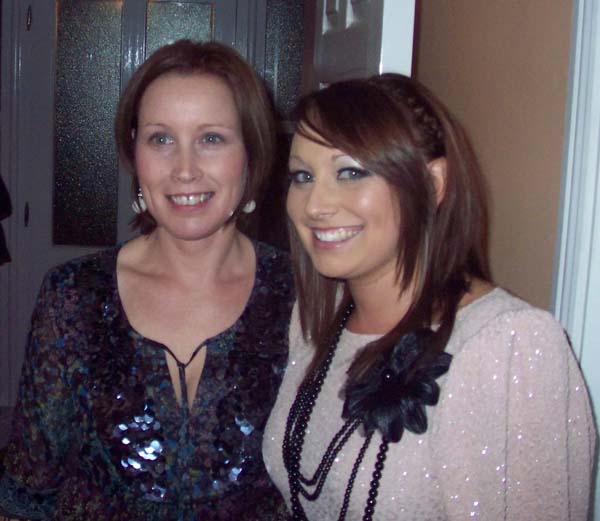 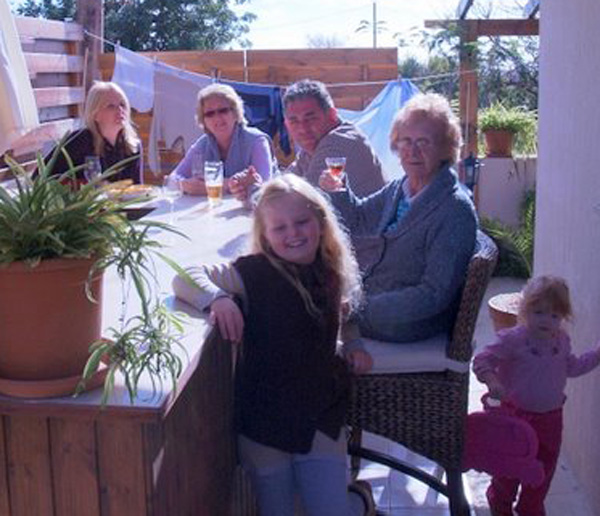 Mary Lennon spent Christmas in Cyprus enjoying the sunshine with temperatures of 20 degrees! Lucky you Mary. Mary is seen here with some of her family enjoying a sherry on St. Stephen’s Day. 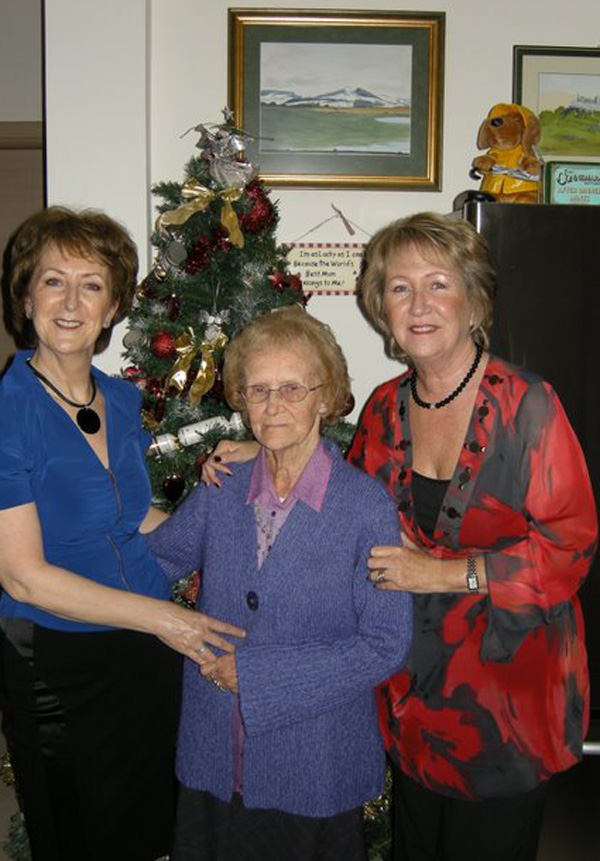 Mary is pictured here  with her daughters Deirdre and Margaret under a
painting of the "Devils Bit’ that Deirdre painted when the family lived in
Borrisoleigh.
Mary enjoyed looking at the sight over the Christmas and New Year. 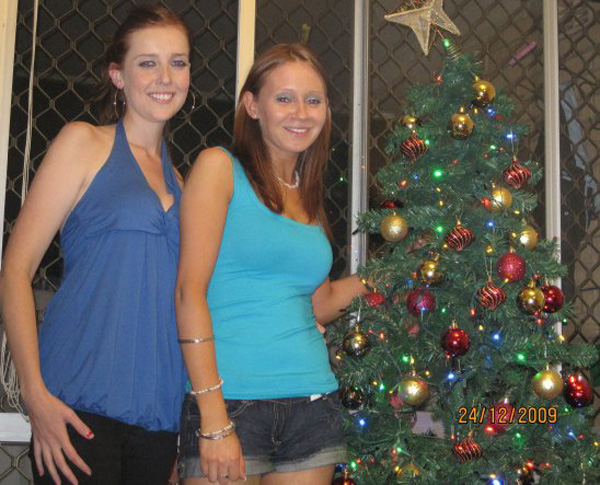 Brid Harty and Katie Ryan at their apartment in Bondi Junction, Sydney on Christmas Eve

Brid and Katie at the Randwick races

Home for the Holidays 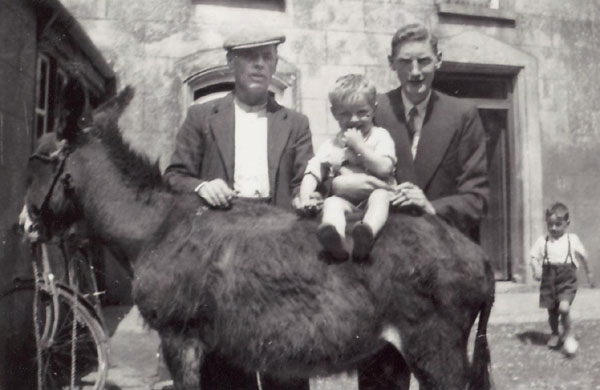 Did you guess correctly?

Miriam Lambe submitted the answer. The characters are Tim Stapleton, T.F. Stapleton and Mattie Lambe, Neddy the donkey and Michael Stapleton in the background. 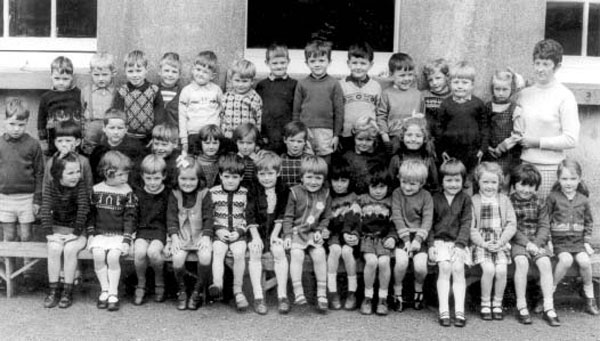