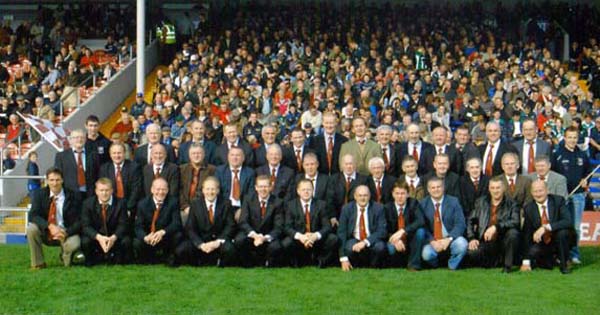 Borris-Ileigh – County Senior Hurling Champions 1981, 1983, 1986
On county final day Sunday last, 18th October, the Borris-Ileigh teams who became county senior hurling champions in 1981, 1983 and 1986 were honoured in Semple Stadium.
The eighties were a great time for the club and when they won the county final in 1981 they were returning to the winners enclosure in senior hurling for the first time in twenty eight years. They went on to win again in 1983 and 1986. The county champions of 1986 continued their good work into the following year, winning the All-Ireland Club final in Croke Park on March 17th, gaining victory by 2-9 to 0-9 over Rathnure.
Club Presentation to the Teams of ’81 ’83 and ’86 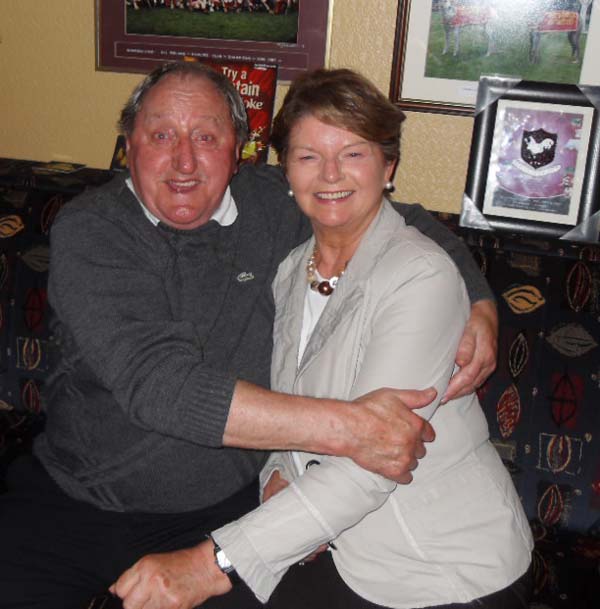 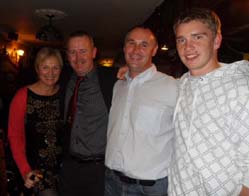 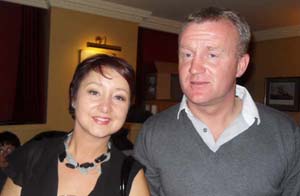 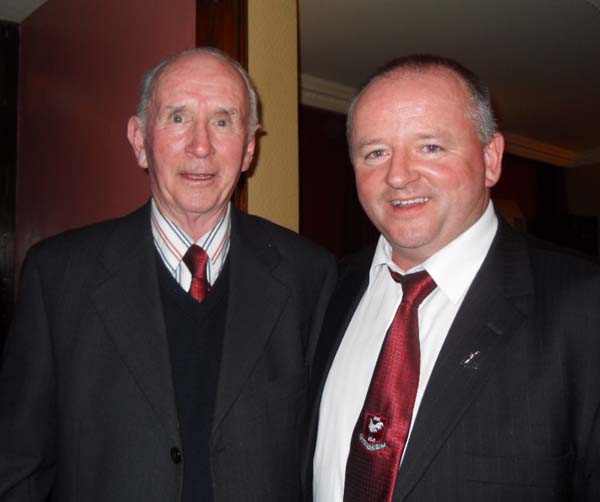 Mick Collins with his son Francis. 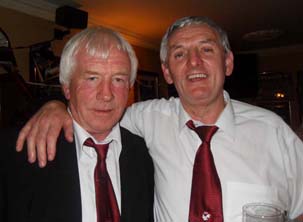 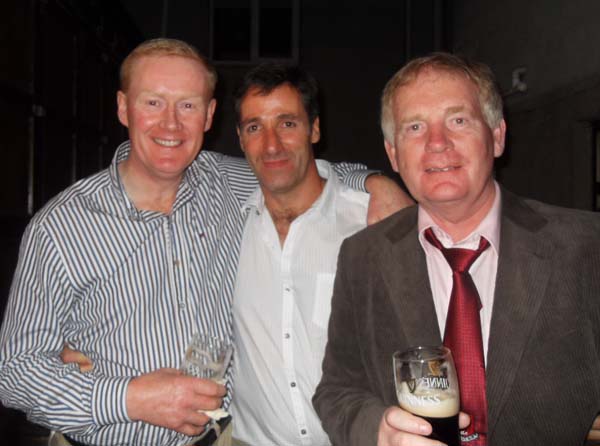 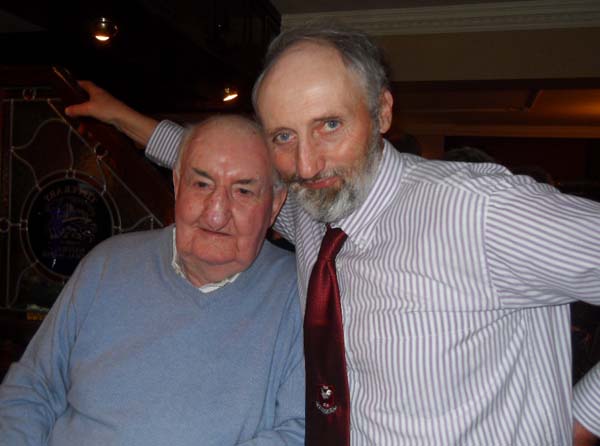 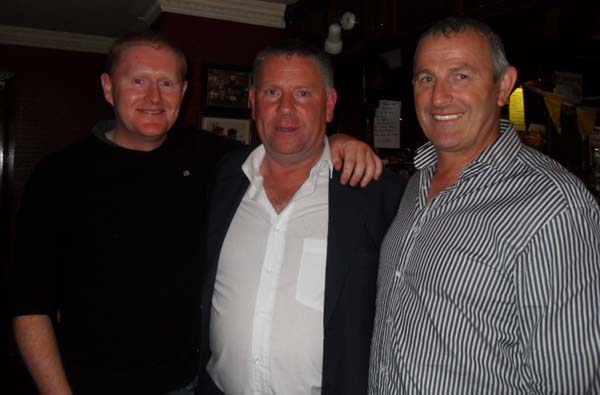 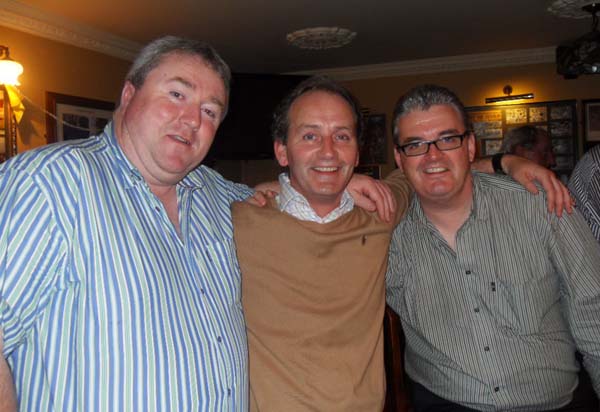 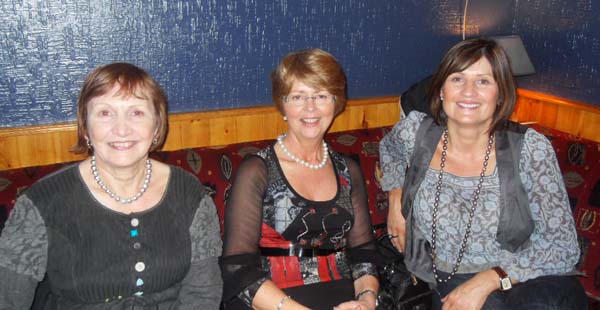 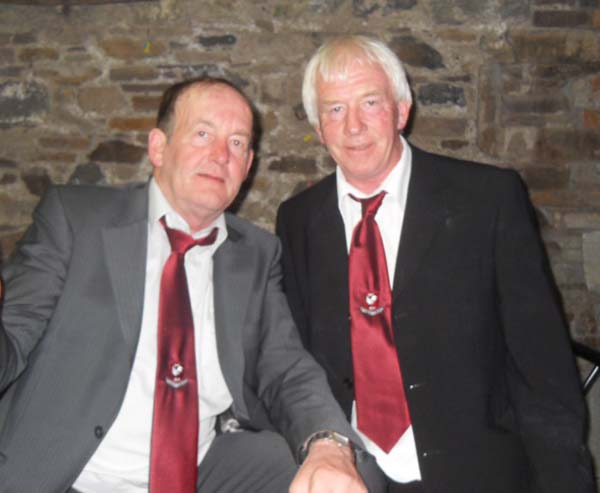 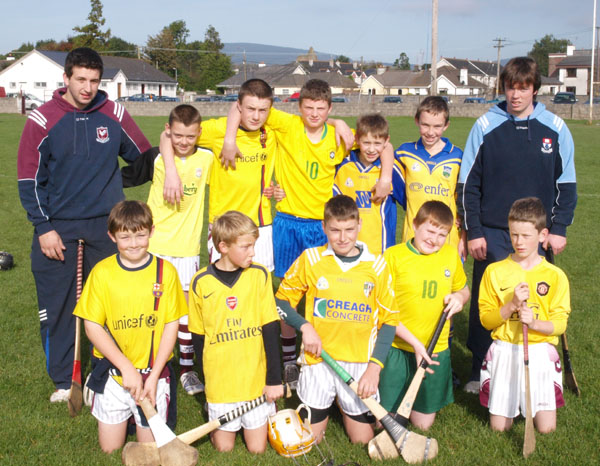 The final victors in the Parish League Final
The u-14 hurling Parish League finally came to an end on Saturday morning last. In the final, Declan Ryan’s team, wearing Munster blue took on Matt Stapleton’s team, wearing Ulster yellow. In dry, bright conditions, ideal for hurling, the two teams served up a classic, with Matt’s team taking the honours by a single point. The lead changed hands a number of times thrioughout the game and the final few minutes were nail-biting stuff. Great skill and commitment was shown by both teams and they can be justly proud of themselves. Michael Small, presented the cup, in honour of his uncle Albert Small and all players received commemorative plaques and medals. In the plate final, Michael Ryan’s team had a comfortable win over Thomas Ryan’s team. This game also featured some wonderful skills and scores. Well done to all the lads for serving up some wonderful entertainment over the course of the league and congratulations to Matt, his team and mentors. Also, a special word of thanks to Carmel Harkin who refereed all matches in the league and her two umpires, Siobhan Stapleton and Deirdre O Connor. 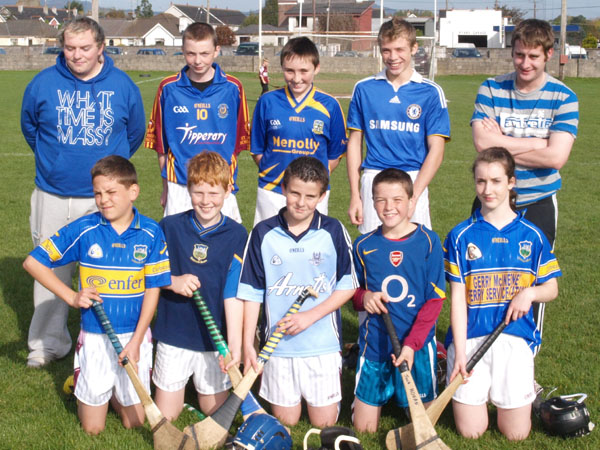 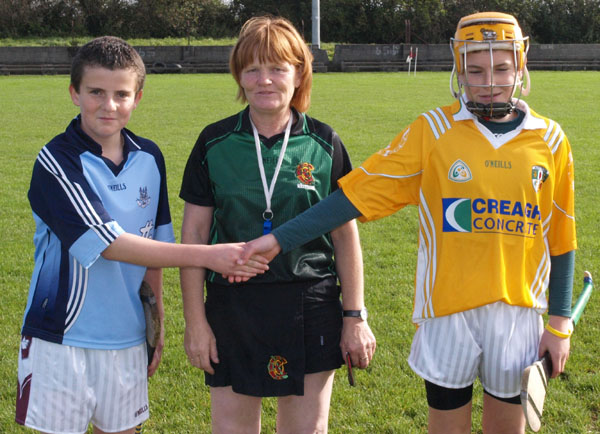 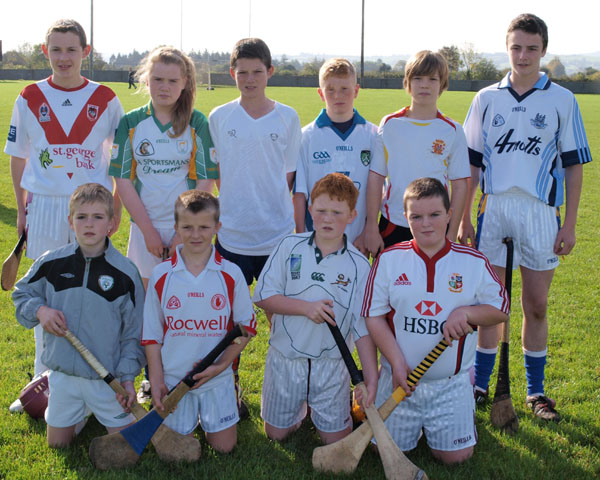 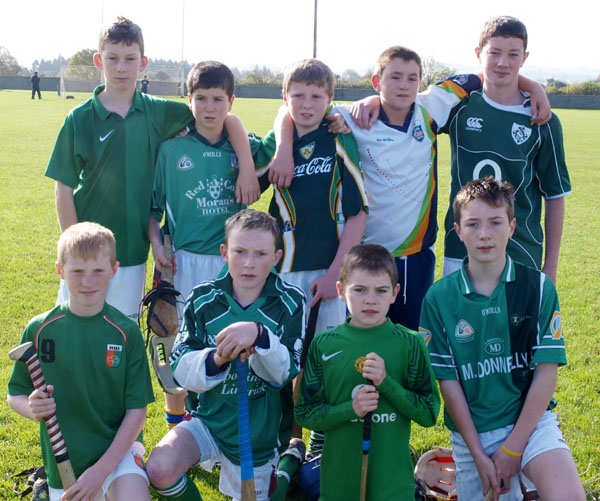 Michael Small a.k.a ‘The Master’ presented the cup and plaques on the day. 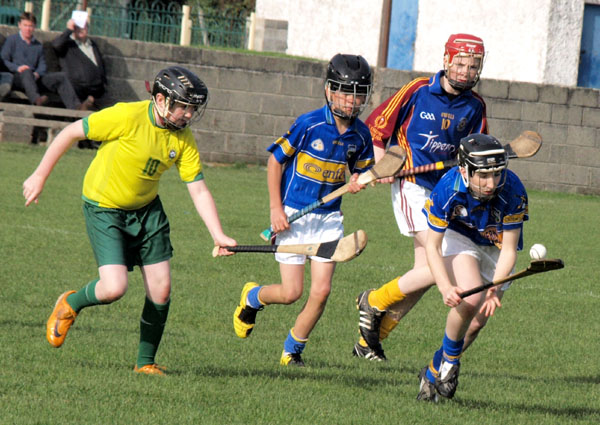 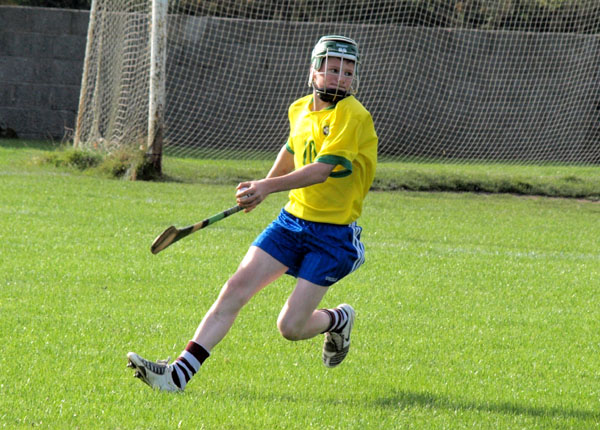 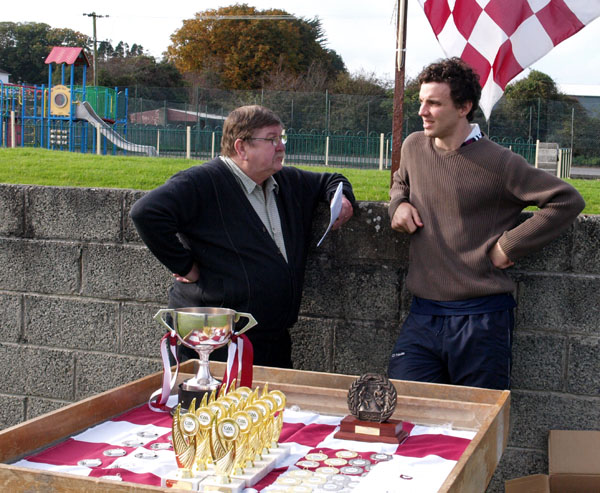 The Master speaking to one of his past pupils Brendan Kenny who is now a teacher himself. 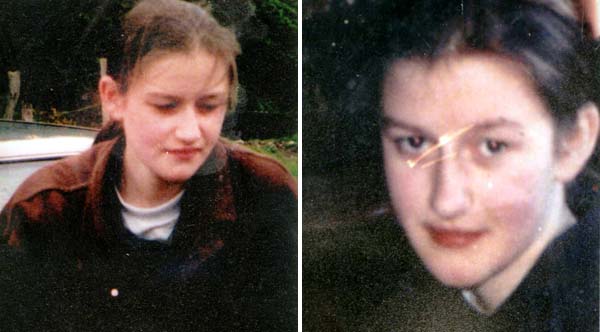 Borrisoleigh Junior B Camogie Club are holding the Linda O’Connor Memorial Tournament in the Town Park this Sunday 25th October at 2pm in the town park. There are just two teams participating this year: Monegall and ourselves.

There will be refreshments served afterwards and we urge you all to come and support this event. Your support would be greatly appreciated. 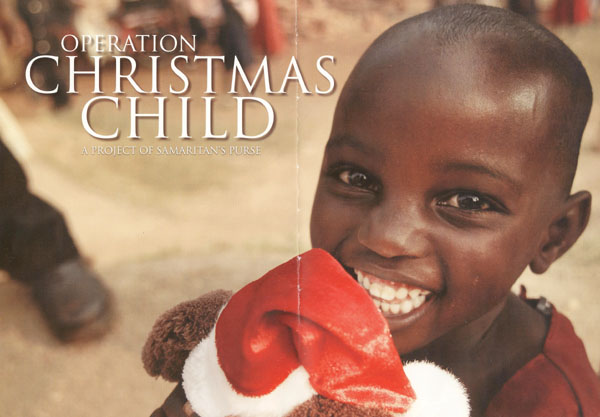 If you are interested in taking part in this worthwhile cause or wish to find out more you can obtain an information leaflet about Operation Christmas Child from Fifi’s Tots Pre-school, 5 Cnoc Neibhín, Ileigh Rd., Borrisoleigh. Christmas boxes may be dropped to the same address. 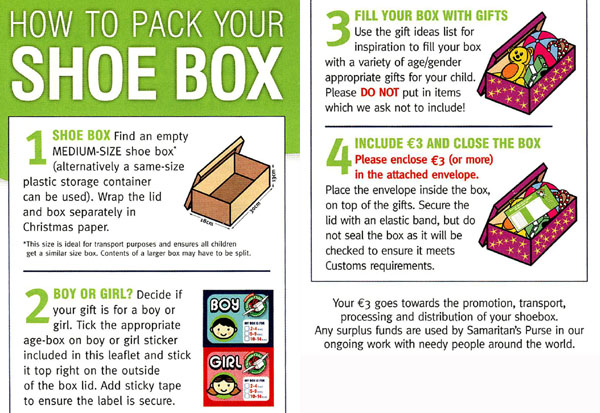 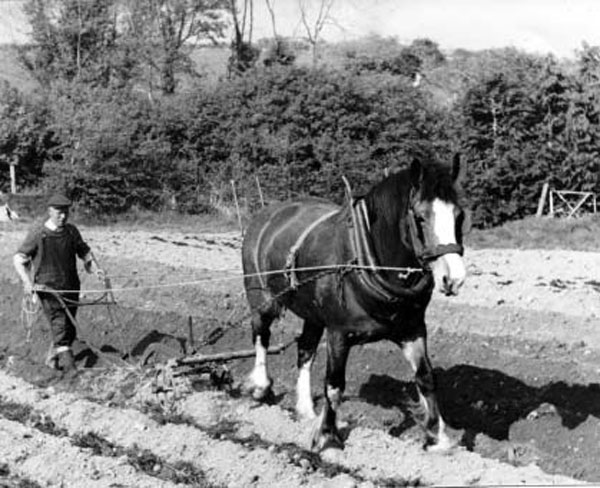 In the Haggart
Paddy Walsh, Chapel Street, closing the drills on seed potatoes which were set in farmyard manure. 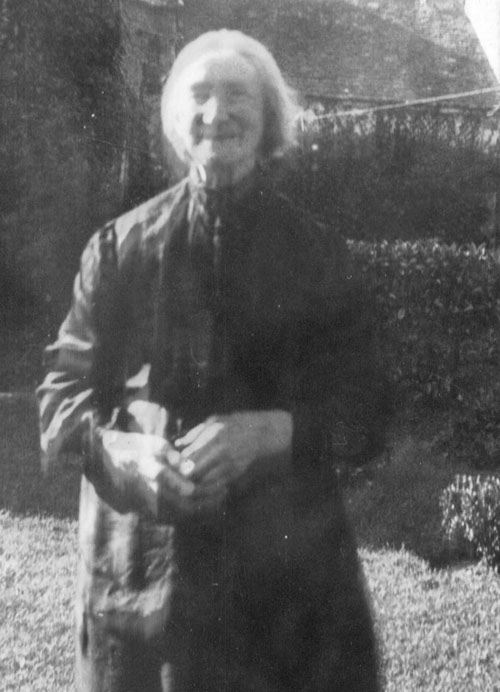 A man called Paddy Doherty contacted us lately with this picture and here is his mail.
Recently I inherited a photograph which has this caption on the back ‘Mrs Lanigan Borris – cousin’.
Perhaps you would like to include it in your memory lane spot and ask any of your viewers who can help with identification to contact me at reiska@eircom.net
Thanks
Paddy Doherty