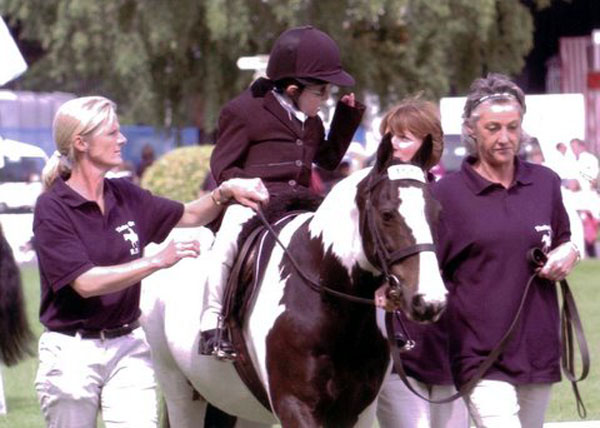 Conor  from Rathmoy on his pony with Roisin Henry, Josephine King and Gerlyn Doyle at the Dublin Horse Show on August 8th last
Seven year old Conor from Rathmoy, Borrisoleigh displayed great ability, bravery and a sense of achievement as he entered Ring 2 at the RDS, Ballsbridge, during Horseshow Week, on Saturday August 8th. His proud parents, June and Jimmy Stapleton, along with brother Eoin were nervous onlookers, but they knew that little Connie would deliver, on what turned out to be one of the sunniest, brighter days this Summer for many reasons.

Granny Anna, aunt Lucy, uncle Alan, cousins Cian & Evan and Conor’s many friends and supporters, who had travelled by bus from the Premier county, with flags and banners, were all on the sidelines as Conor entered the arena to screams of joy and support.

Finally, the day had arrived which we looked forward to for so long, the sense of pride and achievement was clear to be seen and felt. Conor is no ordinary horse-man as he is unable to walk or sit up, but when Connie sits on his pony he is a different child who displays great posture and shows us what he is really made of.

Conor is part of the RDAI group that meet on Wednesday mornings in Josephine Doyle’s yard in Holycross. This is a voluntary service that Josephine runs, while it allows children like Conor to excel in their field. The therapeutic benefits from these mornings in Josepine’s yard are indescribable, both to the kids taking part and indeed their helpers. This was also evident at the RDS where Conor made us all so very proud to be associated with a very brave, courageous young boy from Tipperary.

Well done to Conor and all the Stapleton clan on this unforgettable occasion and remarkable performance. It will remain a lasting memory to all who were fortunate enough to attend the RDS, one of Europe’s main events in the equine calendar.
.
Thurles Parents & Friends of People with Special Needs would like to congratulate Josephine Doyle and her team of helpers for the great work they continue to do and we wish them well in their fundraising campaign for a new sand arena. This new arena will further enhance the capabilities of our special friends.

Dublin Ladies Mini Marathon walkers and all helpers from the Summer Camp will be treated to a ‘little thank you party’ this Friday night, Aug.28th in the Thatch, Ballycahill, in recognition of their generous voluntary contributions. Music, finger food and craic on the menu. Michelle is ‘bean an tí’ for the night and everyone is welcome to come along. 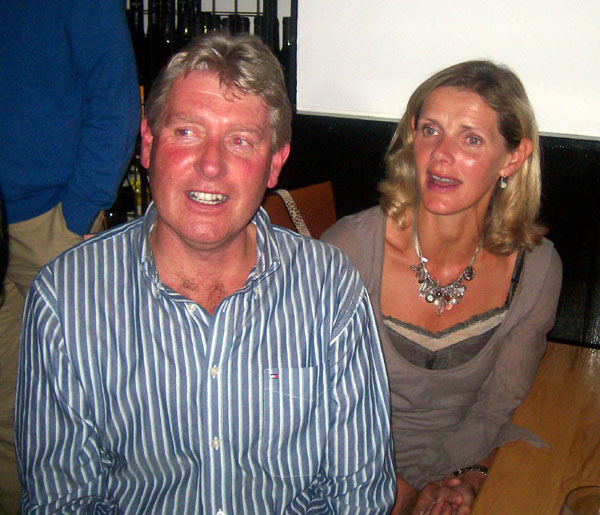 Joe and Teresa Kelly enjoying the opening night at The Magic Wok, the new Oriental Restaurant in Borrisoleigh 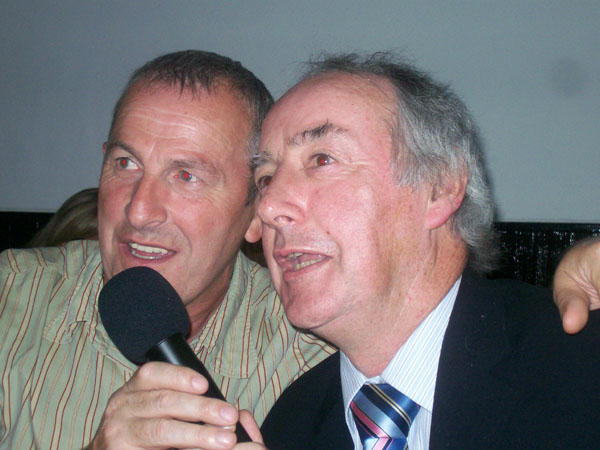 Don Ryan and Mick Cowan trying out the Karaoke 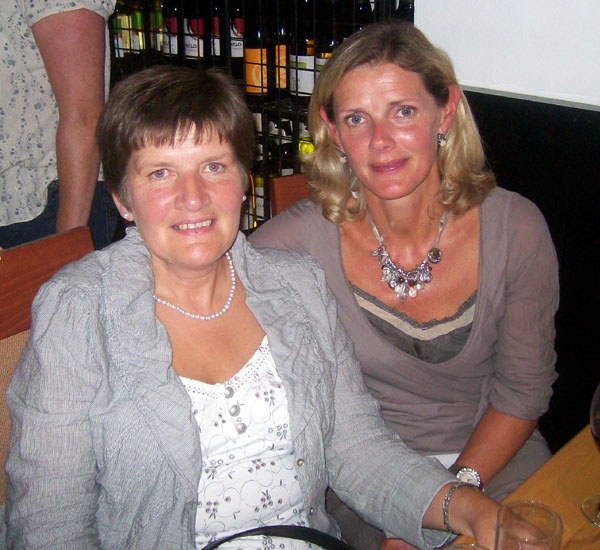 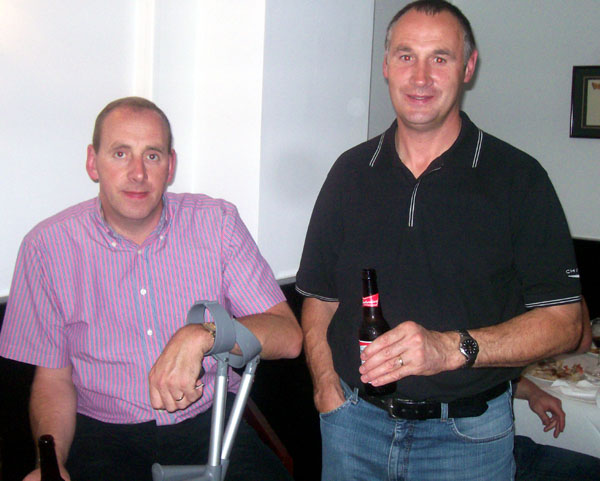 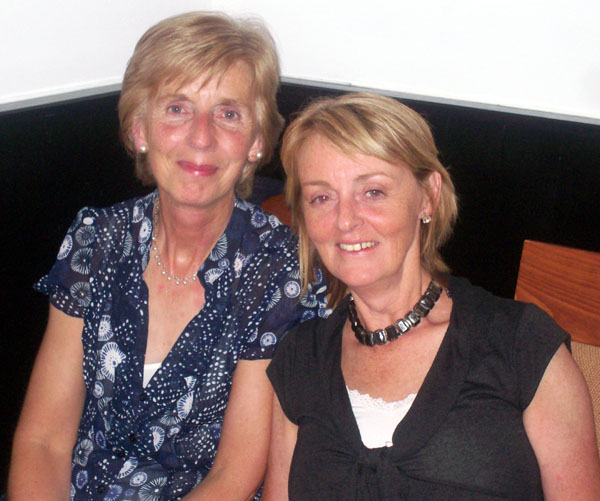 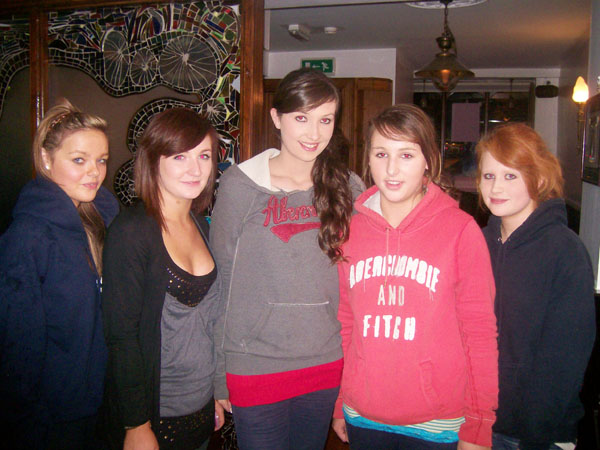 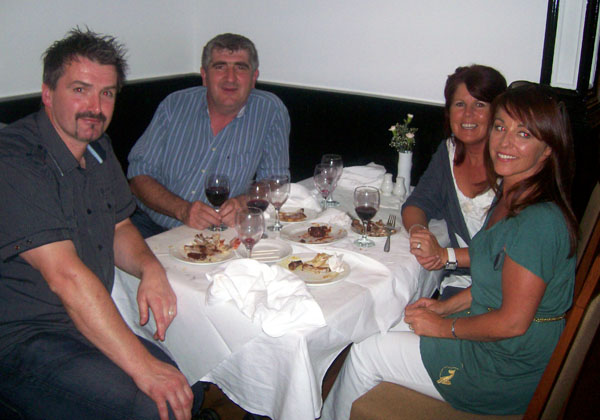 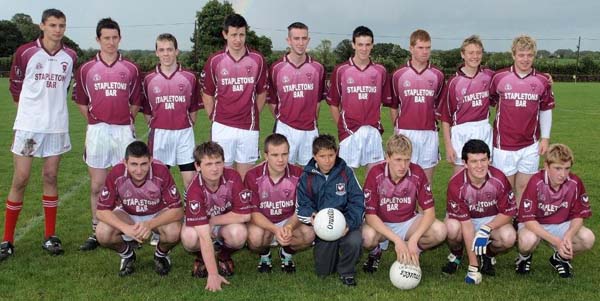 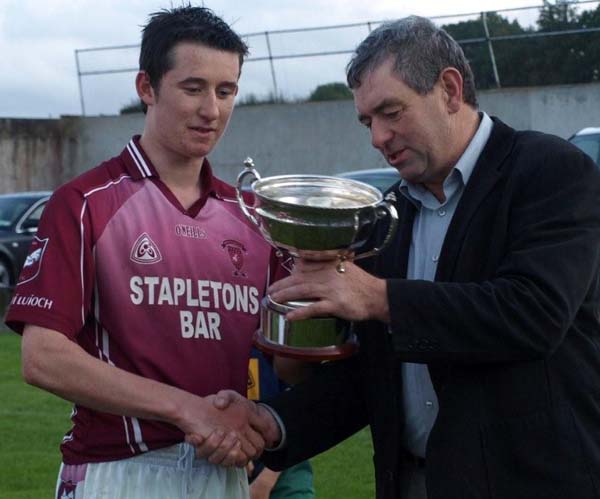 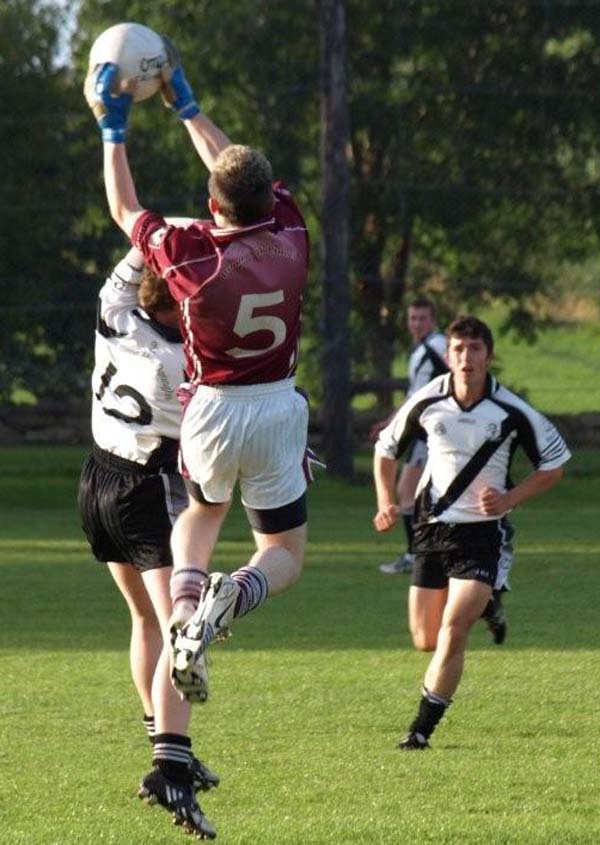 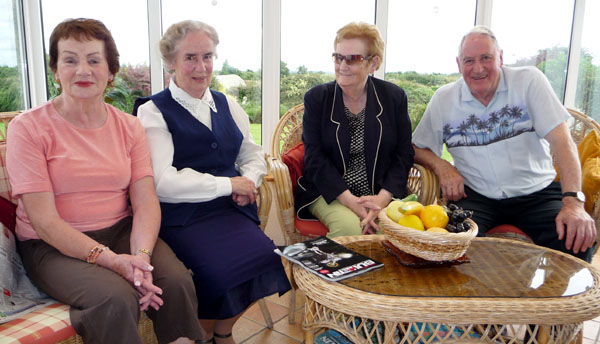 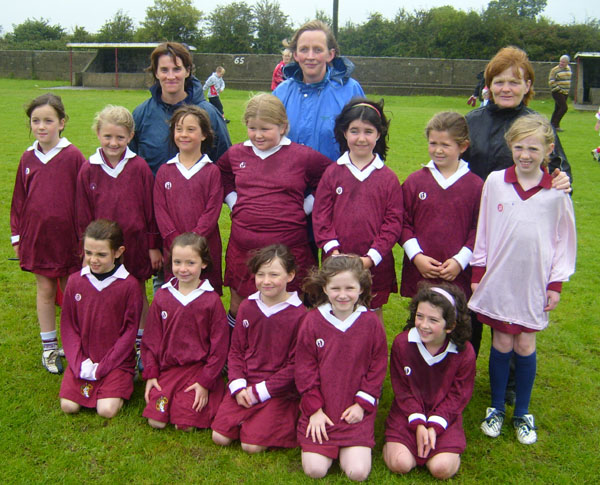 Borris-Ileigh’s U8 Camogie Team pictured here with their trainers Vera Hogan, Geraldine Delaney and Carmel O’Brien at a Camogie Blitz which was held in Roscrea last Sunday 23 August in wet and windy conditions. Borris beat Roscrea  on a scoreline of Borris 7 goals to Roscrea 2 goals. They drew in their match with Burgess. Well done girls!

Ciara for the Double "Hat Trick" 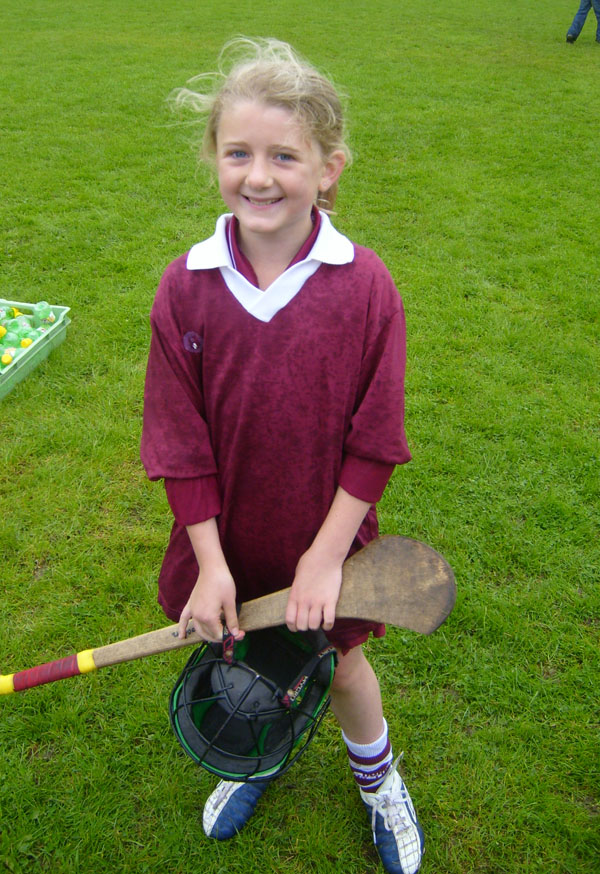 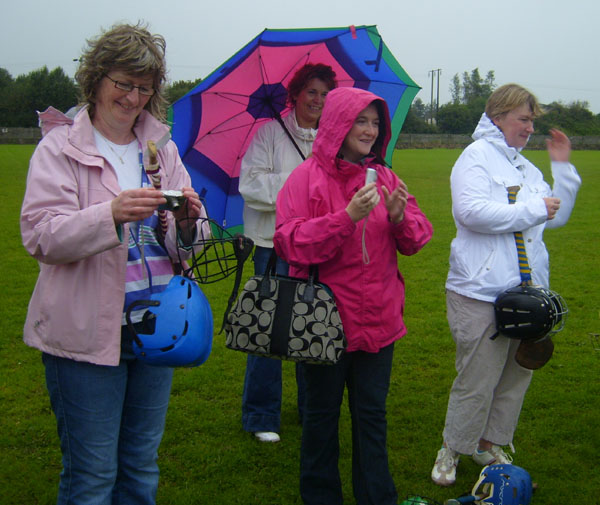 Braving the elements on Sunday to cheer on Borris are Laura Donnelly, Frances Stapleton, Claire Ryan and Lucia Ryan 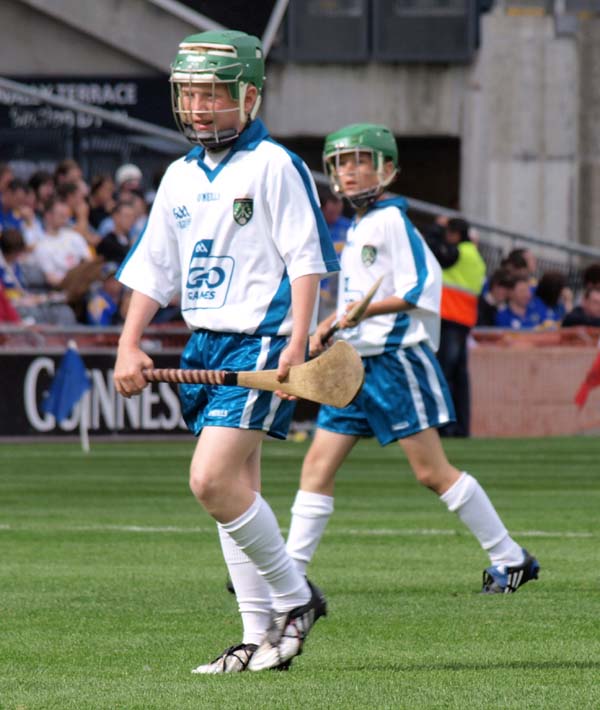 Sean and Jack did us proud on the day.  Both of them scored a goal for their team 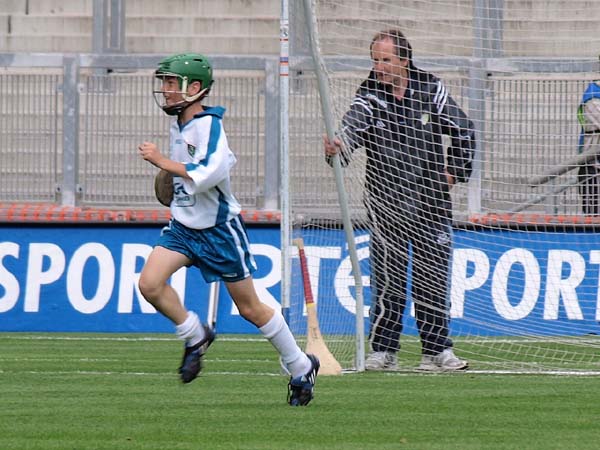 Jack is happy after scoring a goal 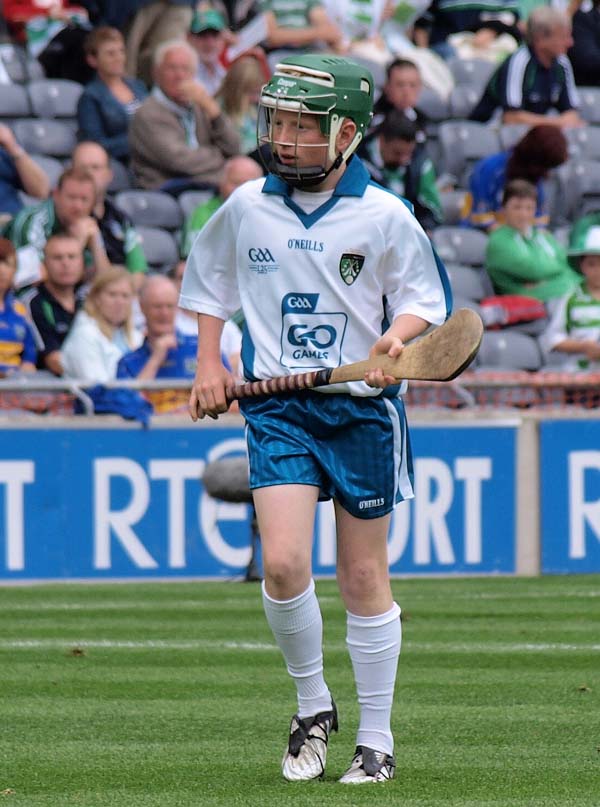 Sean waiting in anticipation for the ball to come his direction 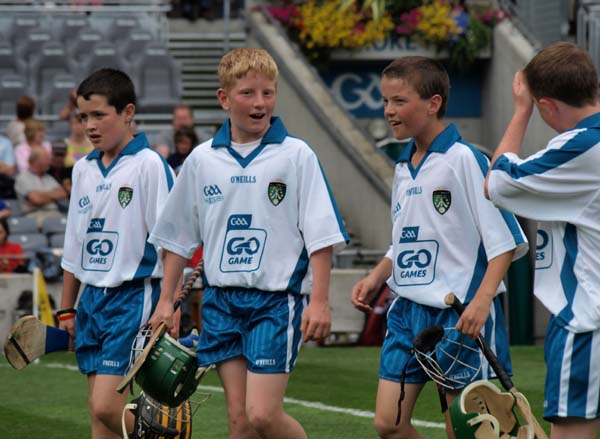 Happy faces after a great match!!!

For more photographs from the match please go to : http://www.borrisoleigh.ie/photo.php
Tying the Knot! 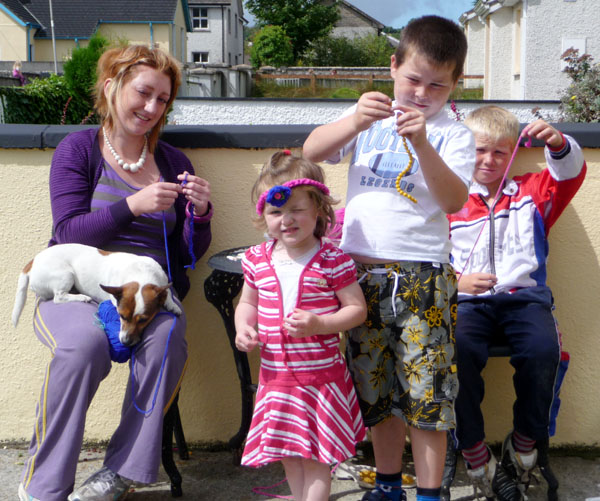 Elaine Hurley of Pallas St is seen here with a few of her neighbours Emma, Darragh and Papa as she teaches them a thing or two about knitting, beading and knot tying! Snotty the dog is also featured! 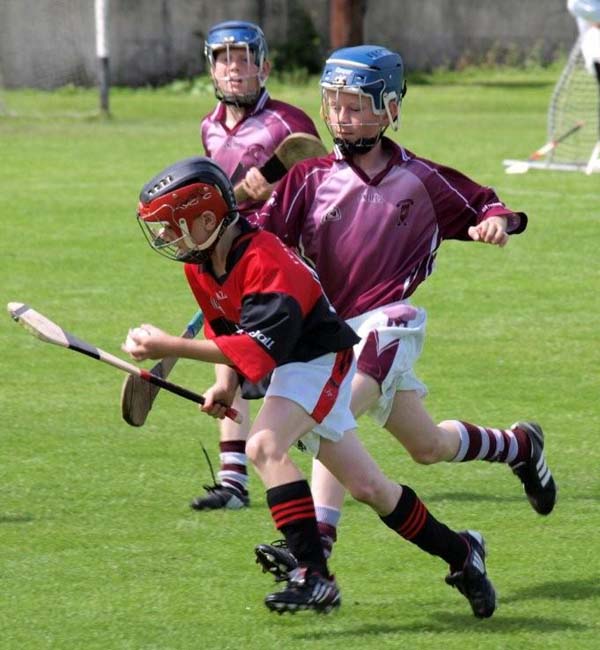 For more action photographs from the match please go to : http://www.borrisoleigh.ie/photo.php 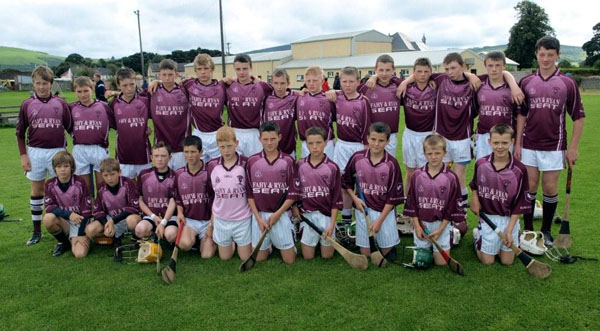 U14 North Final Following on from our defeat in the U12 North Final hopes were high when our U14s took on the combination of Moneygall/Ballinahinch in the North Final last Saturday in Templederry. Once again the Borris-Ileigh lads played their hearts out and gave everything in pursuit of a win but it was not to be. Despite a solid first half performance by Borris-Ileigh against the wind the Combination scored two goals in quick succession around the 18th minute and these proved to be too great a margin to claw back. Starting the second half 6 points behind Borris-Ileigh tried hard to get back that deficit and had a number of scoring chances to do so. However, the Combination’s defence proved too strong and the game finished at 2-5 to 0-5 in favour of the Combination. Best of luck to the Combination in their County semi final. The U14 Panel and the management of Vinnie Stapleton, P.J. Ryan, Brendan Kenny and Rory Ryan have put in a huge effort since the start of the year and unfortunately despite this have been defeated in both hurling and football North Finals. Hopefully in the future their day will come. Well done to all concerned and best of luck to them in the Plate competition which begins shortly. 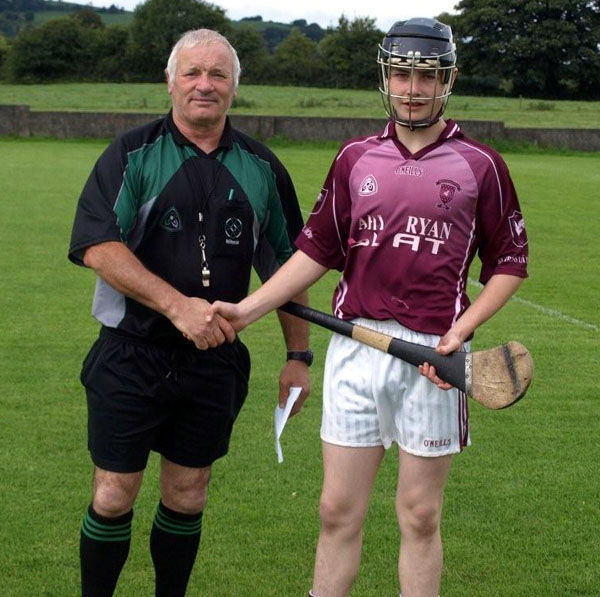 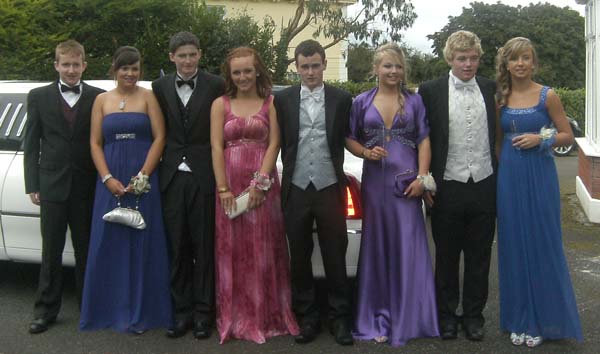 Joe, Louise, Patrick, Aoife, Mossy, Moira, Benny and Nicole before they head out for the night. 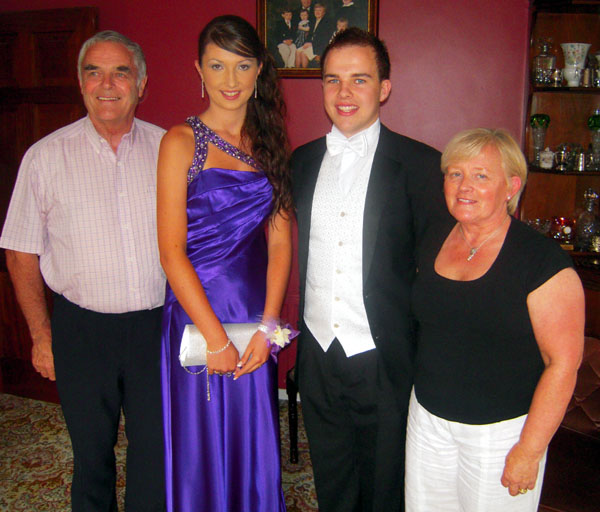 Pat and Sadie Kavanagh with Eimear and Tommy 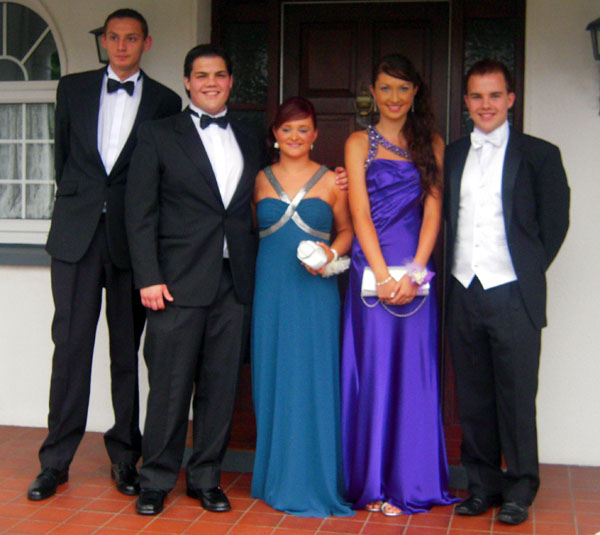 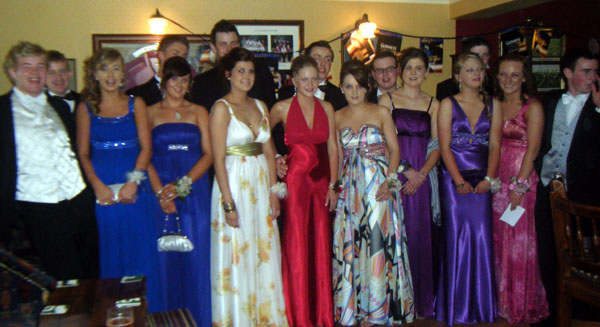 Enjoying their Debs Ball which was held in Kilcoran Lodge, Cahir recently 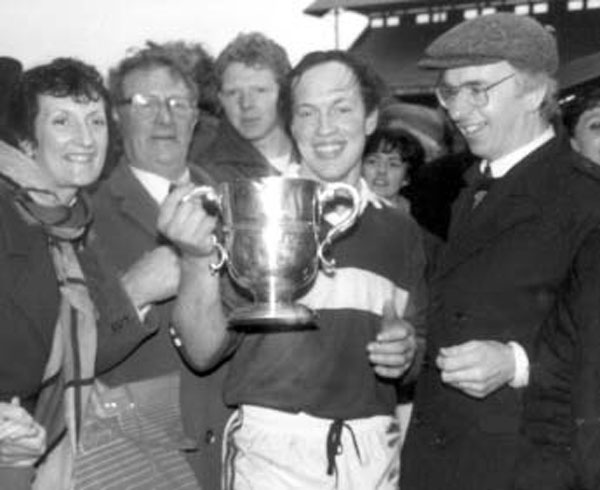