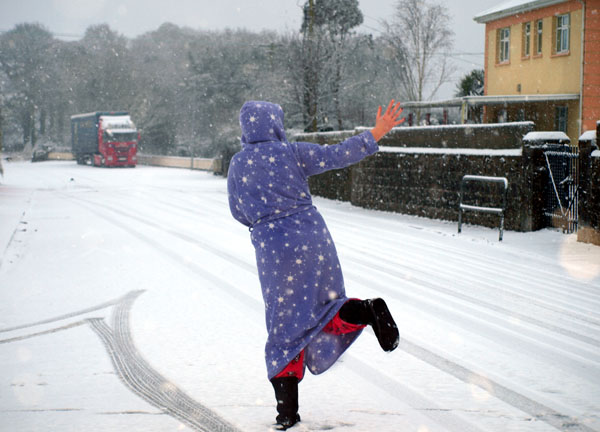 I’m singing in the snow – yes singin in the snow! (bet you don’t know who I am though?!)

Up & down Pallas Street on Sunday 8 February All-Ireland Champions 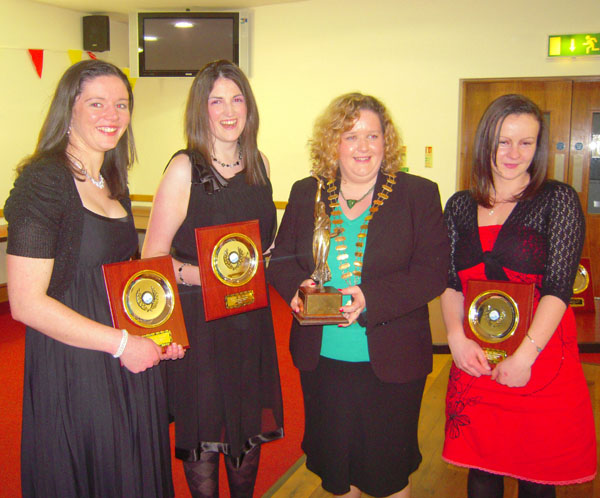 National glory came to The Clodagh Macra Club last Saturday night 7 February at the Mallow GAA Complex where the All-Ireland Public Speaking Championship was held. The dynamic trio saw off their stiff competition when they beat Galway, Waterford, Louth and Laois to claim the top prize. The girls debated the topic "The Corporate Sector has Hijacked Sport".  Well done on this marvellous achievement – Our first No. 1 – onwards and upwards we go… 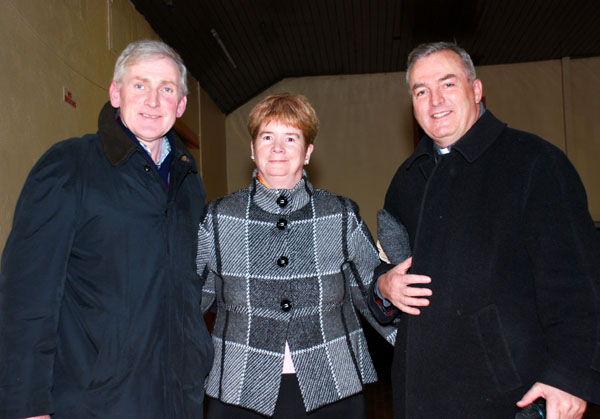 Michael Ryan, Biddy Stapleton and Fr Liam Everard PP at the first of the Parish Centre Draws on 7 February last
The first of the five monthly draws in the fundraiser for the Parish Centre took place in the Marian Hall on Saturday last 7 February. Fr. Liam Everard. PP addressed those who attended and thanked them for their support. Thomas Russell and TF Stapleton then officiated over the draw for the winners who were as follows: first prize of €600 to Maire Treacy, Ballycurrane, Thurles, second prize of €200 to Peggy Treacy, Fantane, third prize of €100 to Tommy O’Dwyer St. Brigid’s Villas, and the fourth prize of ‘a free entry to the draw for the car’ to Maura Ryan Ballyconnor, Latteragh.
The next draw will take place before the Saturday evening Mass on 28 February in the Marian Hall 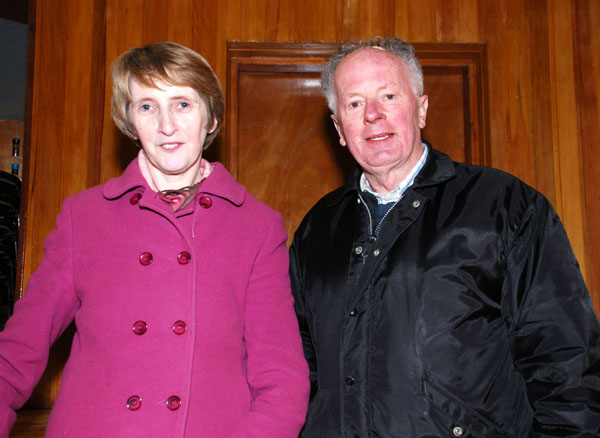 Kathleen Ryan and Thomas Russell at the Draw 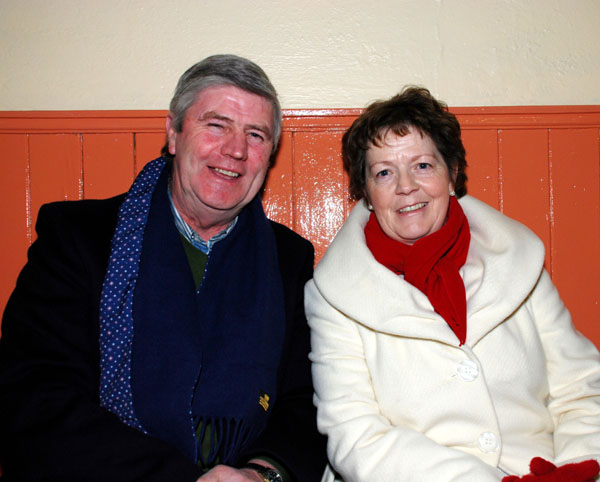 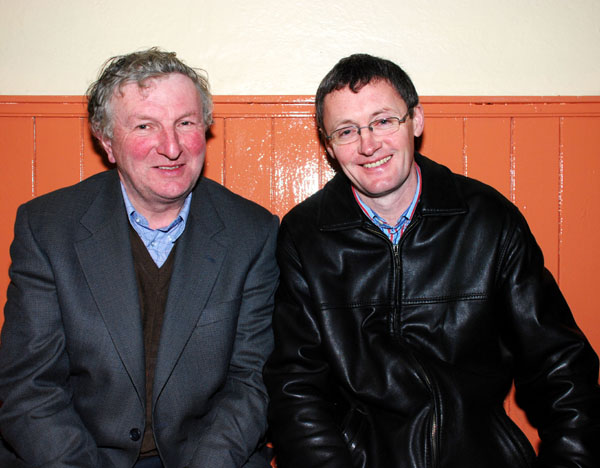 Gerry O’Reagan and Francis Doolan at the Draw 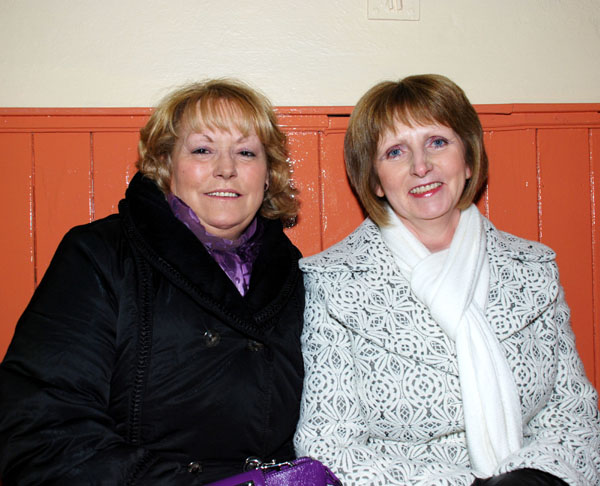 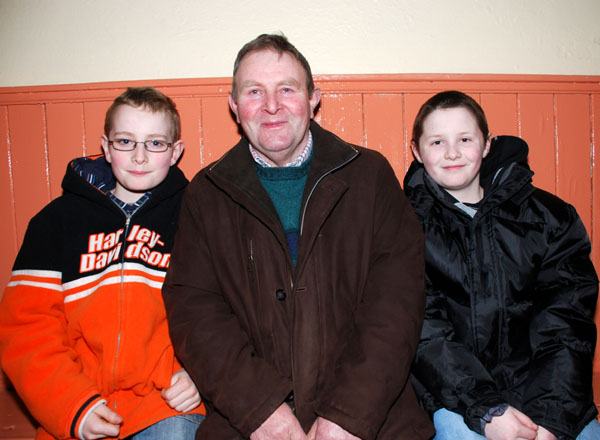 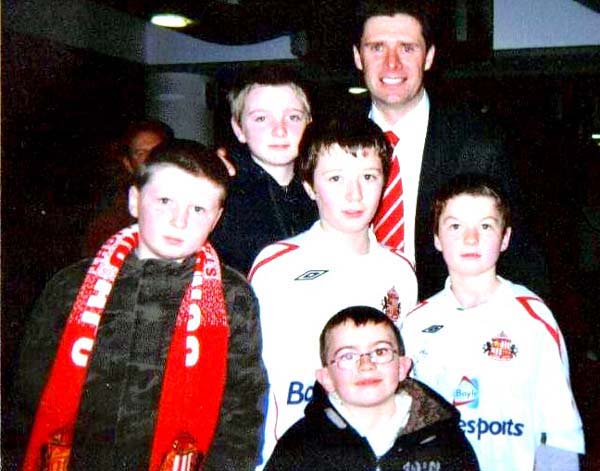 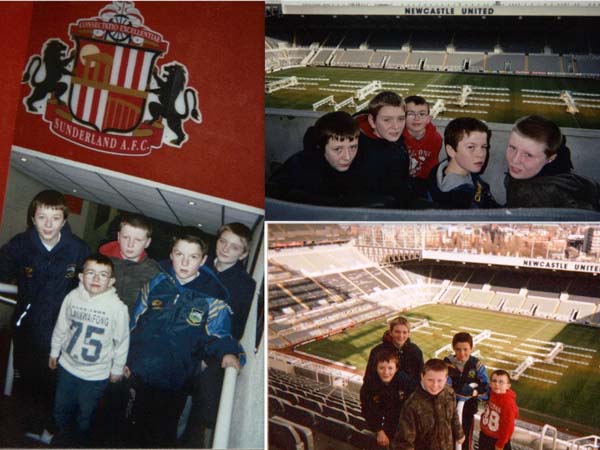 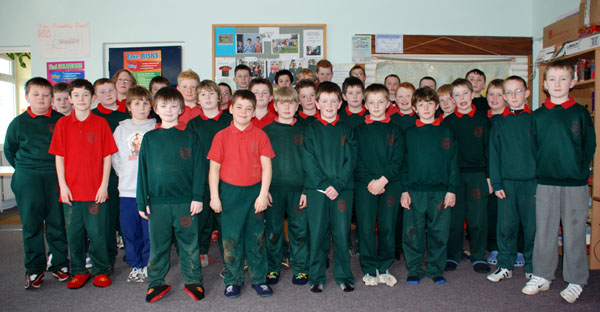 The senior choir boys from St. Patrick’s Boys’ National school photographed during a recent rehearsal in preparation for the Confirmation ceremony on Friday 27 March 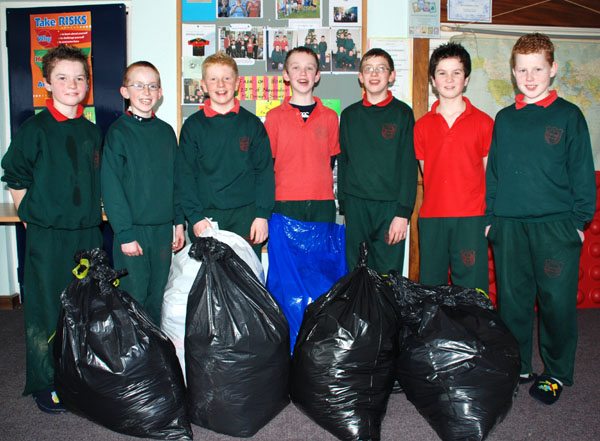 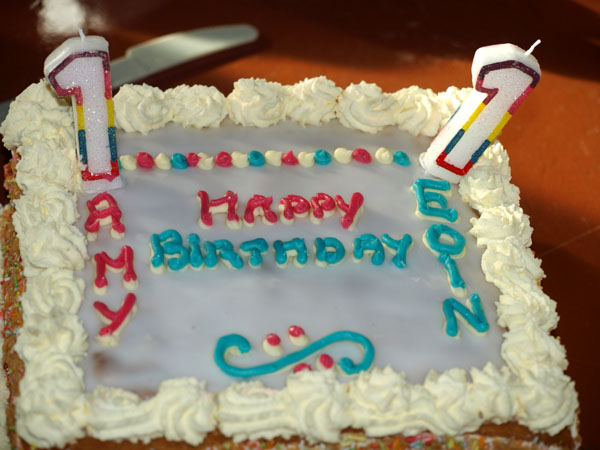 Amy and Eoin Ryan of Coarsepark celebrated their first birthday party on Wednesday 11 February at a special party in their honour at the Borrisoleigh Parent and Toddlers Group in the Marian Hall. We wish them a happy birthday and the very best as they plan for the BIG 2 which, in fairness, is a lifetime away! 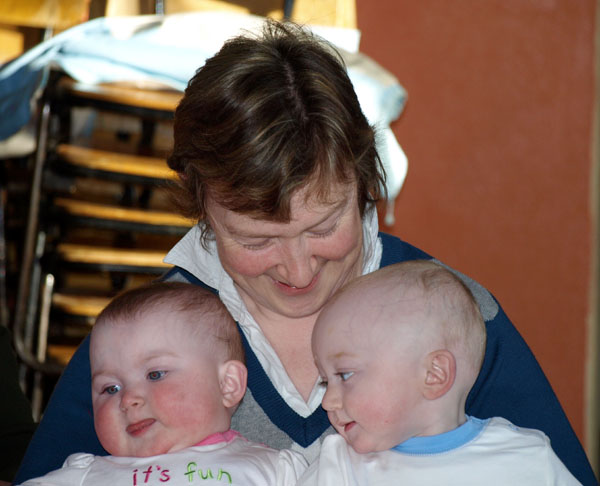 Some of the invitees to the big party! 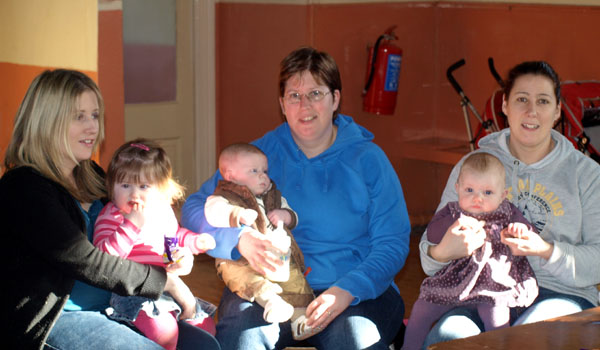 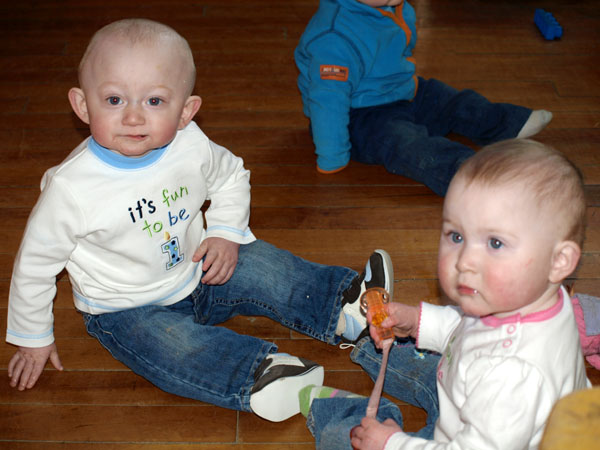 It’s our party and we’ll play if we want to! 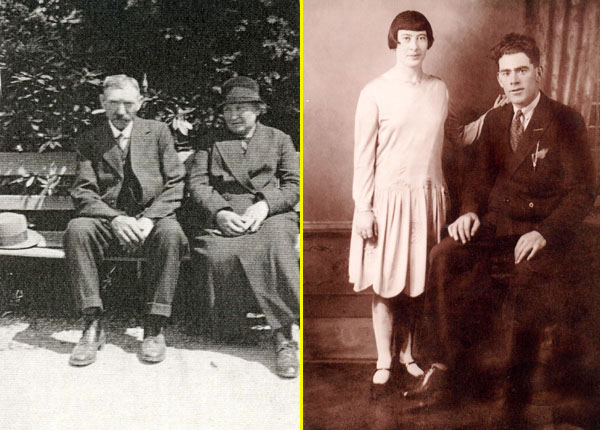 St. Theresa’s 4th, 5th and 6th classes are thoroughly engrossed in their family history project. This involves researching family surnames, family crests and of course a family tree. Some lovely old photographs have been unearthed and these will be displayed as part of the project.

Lucia (O’Donovan) Ryan from Coarsepark (mother of the twins) as a young girl in school and as a ‘liggle’ baby catchin a few rays on the beach! 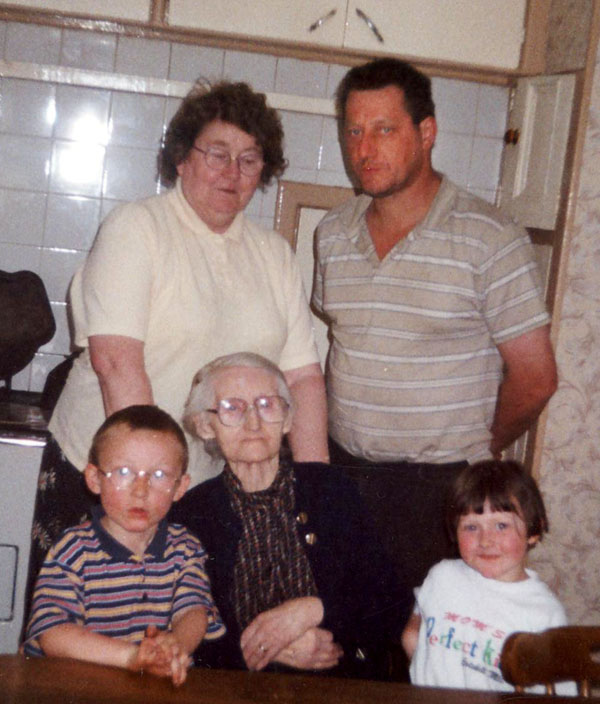 Josie Ryan with her daughter Maura, Maura’s son John and his son Thomas and daughter Sarah
Borris-Ileigh Juvenile GAA Club
The Annual General Meeting of the Juvenile Club took place on 24th January in the Marian Hall. Comprehensive reports were presented to the meeting by Sheila Delaney Secretary and Mary Stapleton Treasurer and both were highly commended by Jimmy Stapleton in his Chairman’s address for the tremendous work put in by both during their times in office and he wished them well in the future. Jimmy also praised the effort and dedication of the Committee and those involved in training teams and also the commitment of all of the juvenile players in the club from U8 to U16. In outlining the great strides made by the Juvenile Club at all levels he had a special mention for the U16’s who won football and hurling titles at divisional level and also captured the hurling county title. Parents and sponsors were also thanked for their contribution to the juvenile club throughout the year. Micheal Tierney Chairman of the Senior Club also addressed the meeting and reaffirmed the tremendous work being done at juvenile level and assured the meeting of the continued support of the senior club. The following nominations were ratified for 2009. Chairman Jimmy Stapleton, Secretary P. J. Ryan, Treasurer T. J. Ryan, Vice-Chairman Michael Carey, P.R.O Ruairi O’Connell. The following managers and selectors for 2009 were also ratified U8 manager Paddy Ryan, U10 manager P.J. Younge, U12 Hurling and Football Manager Ruairi O’Connell U12 selectors Michael Carey & Denis Kelly, U14 Hurling & Football Vinnie Stapleton and U16 Hurling & Football manager Jimmy Stapleton.
Indoor Hurling
Indoor Hurling commenced during January for boys born in 1999, 2000, and 2001 on Thursday evenings in the sports hall in St Josephs Secondary school, Borrisoleigh from 7 to 8 pm and for boys born in 2002, 2003 and 2004 in the Marian Hall on Saturday mornings from 10.30 am to 11.30am. New players are always welcome to attend. Players should arrive togged in runners and with a helmet. Indoor hurleys will be provided. The cost is €2 per session. Players will be notified by text of any changes to times etc. Hurling training for 2009 has begun with the U14’s first to resume despite the recent cold weather. All other teams will be getting going over the next number of weeks and all players will be notified by text of times, dates etc.
2008 Parish Football League 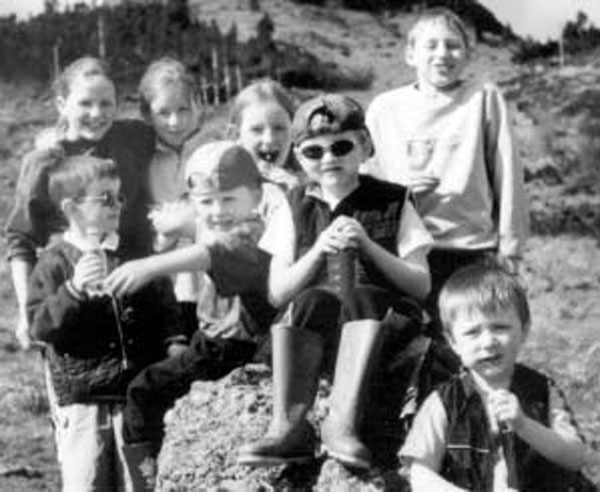