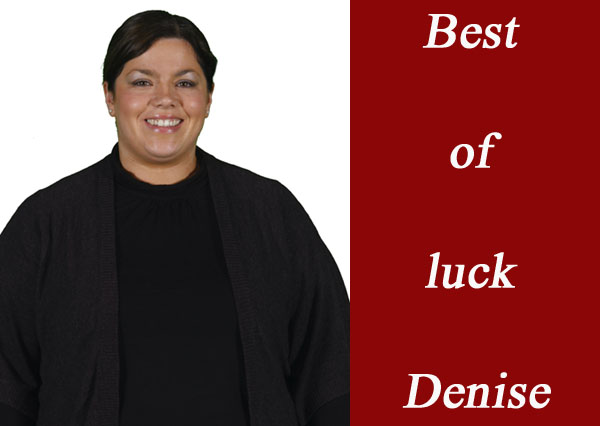 Denise Ryan – one of Operation Transformation’s Leaders for 2009

We wish to take this opportunity to wish local popular Manageress of Sheehan’s Restaurant Denise Ryan the very best of luck as she participates in the RTE Television programme ‘Operation Transformation’. The programme, which airs on this Thursday evening (9 January) at 8:30 and for the next seven Thursdays, tracks the lives and efforts of six leaders as they battle and struggle to reduce their weight.

Denise, formerly of Currabaha and now living in Castlecourt, was chosen on the 2 FM Gerry Ryan Radio Show from thousands of other would-be participants. Each of the chosen few is aided by the professional assistance of a nutritionist, a psychologist and a personal trainer as he/she journeys on a new path of diet and exercise. Anyone who has tried and struggled to reduce those dreaded pounds will know how difficult this is. Hopefully Denise’s new year’s resolution will lead to her having a lighter spring in her step (literally) as she counts down the weeks and hopefully the pounds for the duration of the programme and beyond!

And just in case you’re interested Denise will be climbing the Devil’s Bit every Sunday morning during the series. If you would like to join her at 9 o’clock on any of these Sunday mornings she would be delighted to have you come along, just give her a buzz at to find out where the climb sets off from. Or you can call Tom Kenneally at as he is helping Denise with her fitness regime.

The very, very best of luck Denise!!! We’re rooting for you! May the road rise to meet you and the weighing scales fall to greet you! And may we see less of you in the future!!!

Room at the Crib!

While Mick is away the cat will play!

The Christmas story informs us that when Joseph and Mary sought accommodation in Bethlehem on that first Christmas night none was to be found- ‘No room at the Inn’. Luckily for this little pussy cat, as seen in Mick Hogan’s Crib on Pallas Street, the story has a much happier ending. This little feline creature sought refuge under the glowing lights of the little crib on a cold and frosty night and was not turned away. Well done Mick for leaving the door open. You’d never make an innkeeper!!!

The bells are back in town! 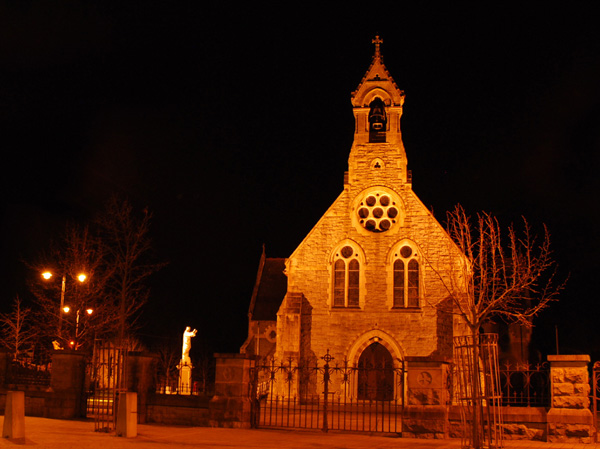 Borrisoleigh’s Sacred Heart Church by night
After a period of being bell-less the parish church bells are once again back in action. No more the lingering silence at Mass and Angelus time. Thanks to some new equipment recently installed at the church the bells are once again open for business!!! They ring half an hour and five minutes before each Mass and at 6 pm each evening for the Angelus.
Scaling the heights 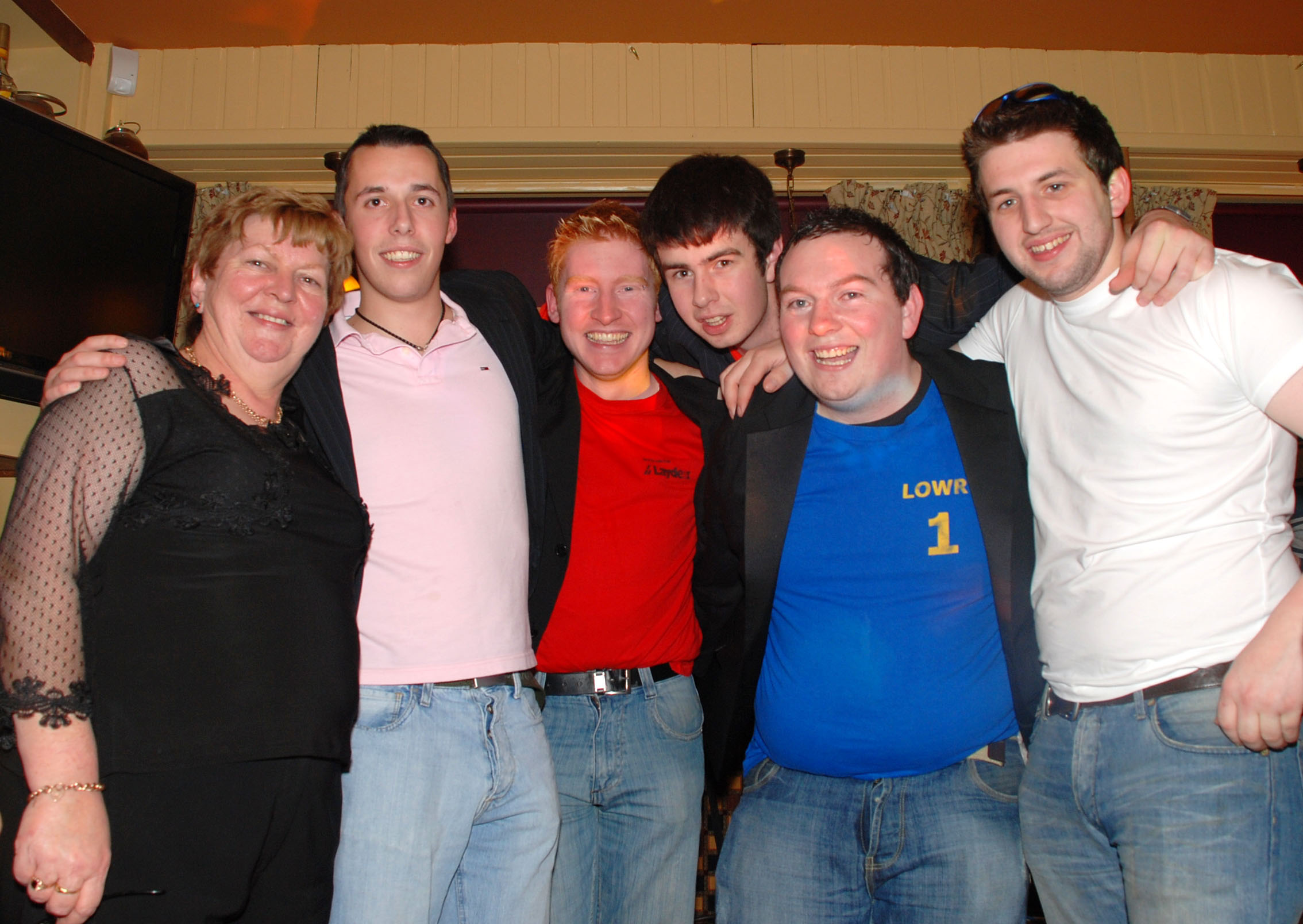 Nuala Ryan with the winning combination of The Back Street Boys
The organisers of the very successful fundraiser for the Irish Cancer Society wish to thank everyone who made the night in the Clodagh Bar on 28 December such a raging success. Over €7000 was raised for this very worthy cause. Well done to all concerned. 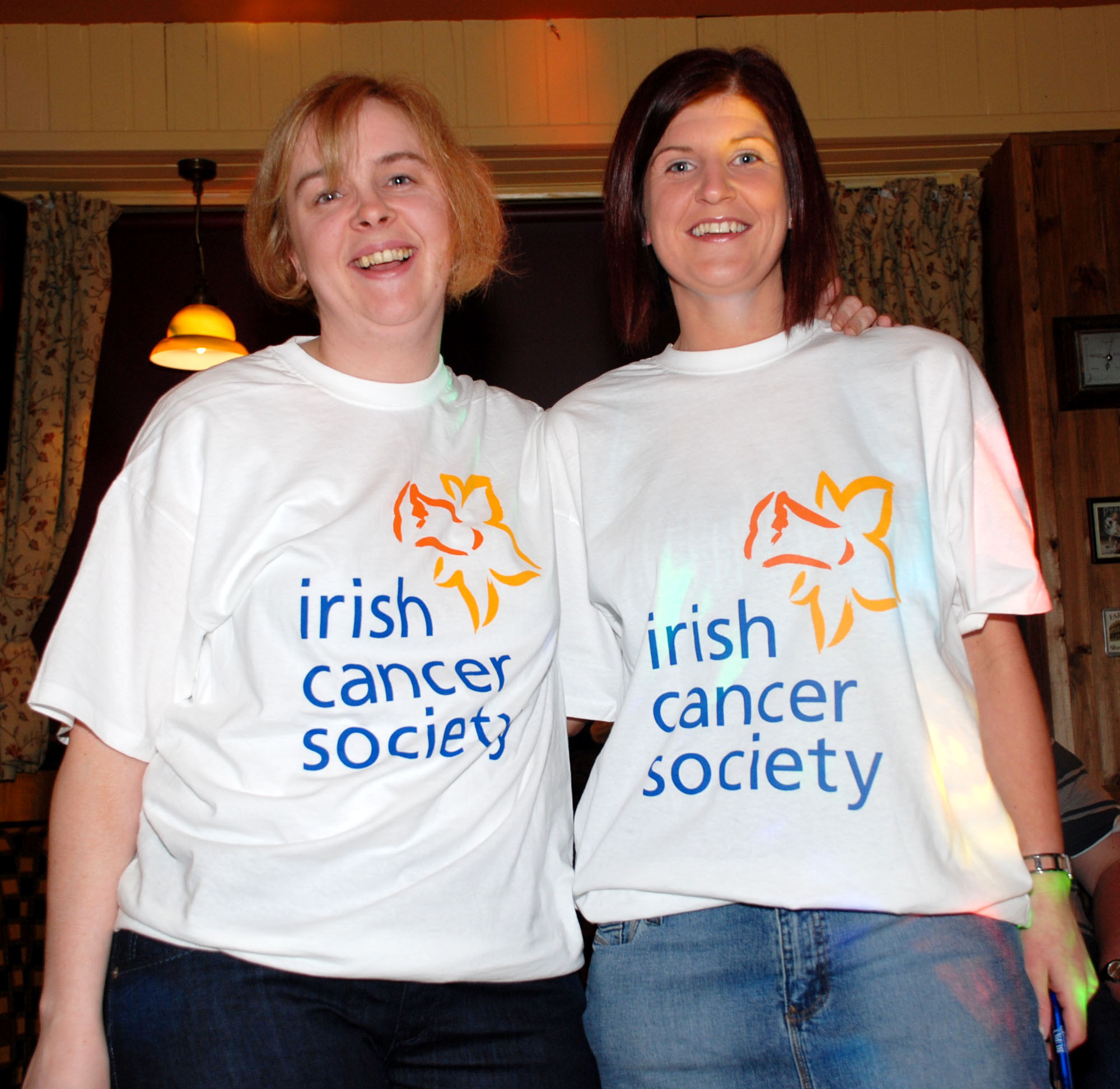 Lisa Ryan and Noreen McCarthy, the ever-smiling duo keeping the show on the road on the night
The Judges 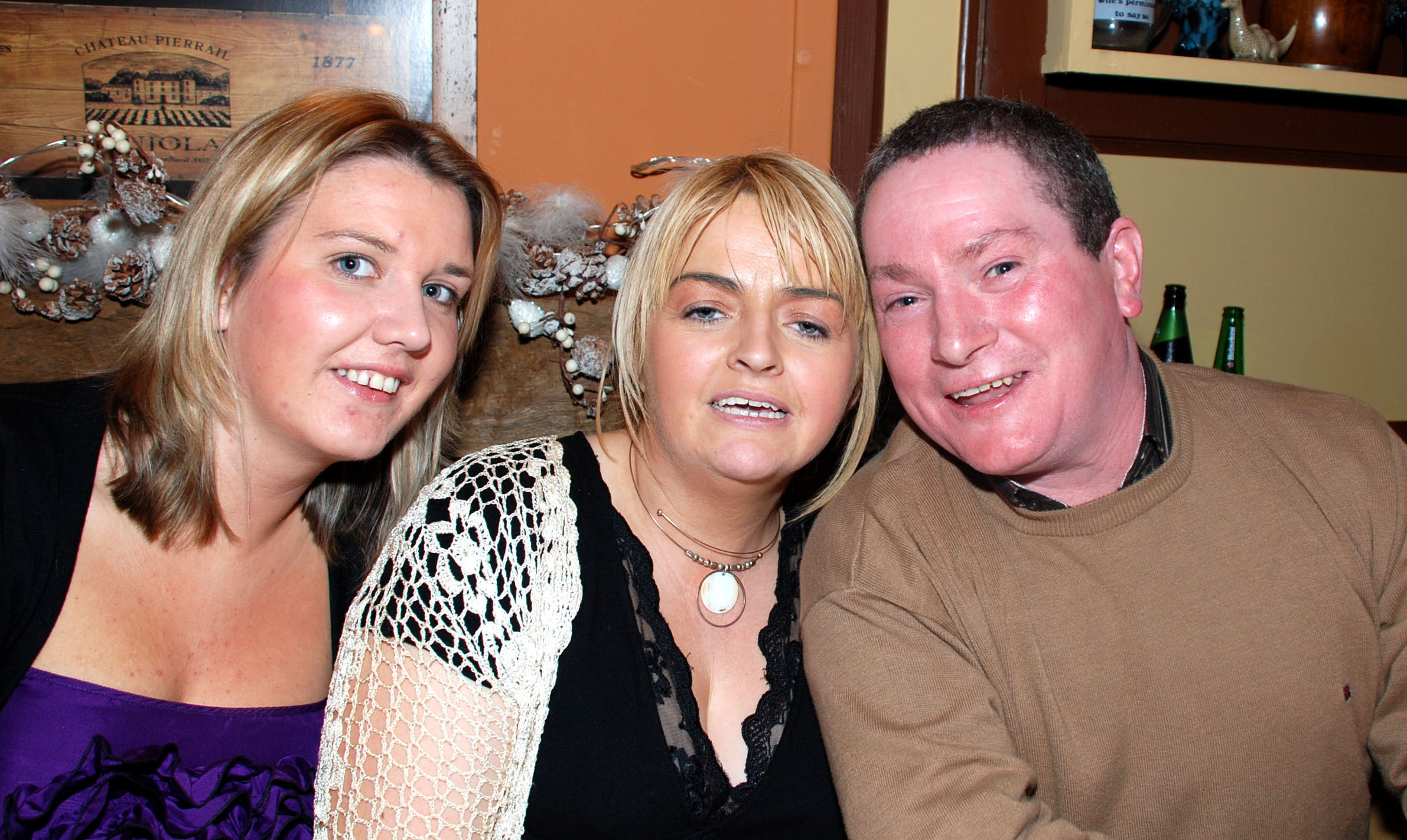 Nuala as the very out-spoken Sharon Osborne, Pearl Younge as the feisty Michelle Heaton and Fudge as the very modest (!!!) and opinionated Simon Cowell

The many faces of Julia!!! 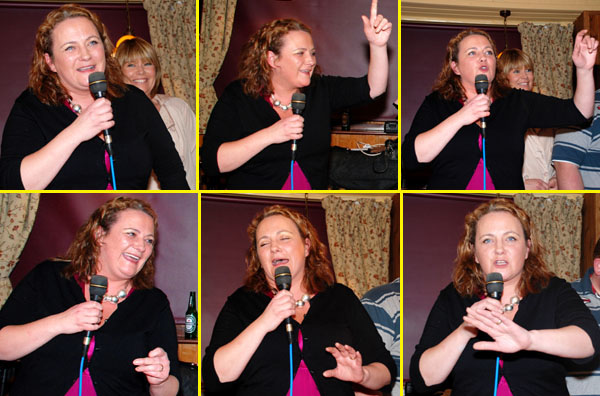 Julia Younge entertains the crowd with her ‘funny’ jokes and singing! 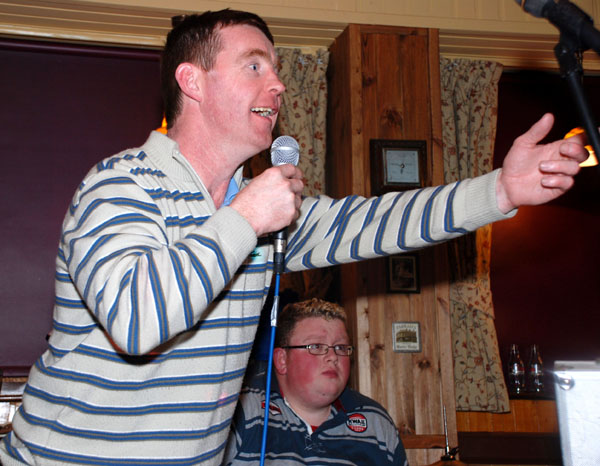 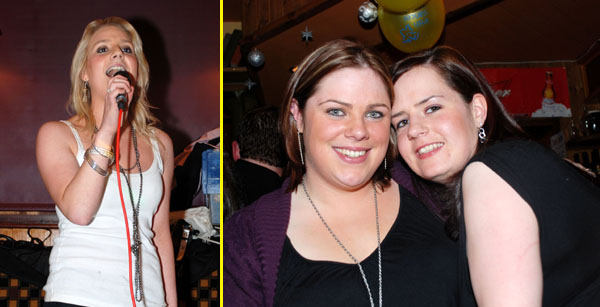 Amanda Stapleton singing her dad’s song ‘Delila’ and showing him how it should be sung!!! And Emma Clohessy and Maria Howard listening in.

The judges giving their opinions!

We know what we’d like to say back at ye!!! Cruise ship performance!!! The worst we’ve ever heard!!! Karaoke attempt that went horrible wrong!!! Pitchy in places and out of tune from start to finish!!! Nice try but don’t call us – we’ll call you!!!

Joe Holland and John Keane in a head-to-head battle for supremacy!

Katie concentrating really hard on the words and singing them in sweet melodic tones! 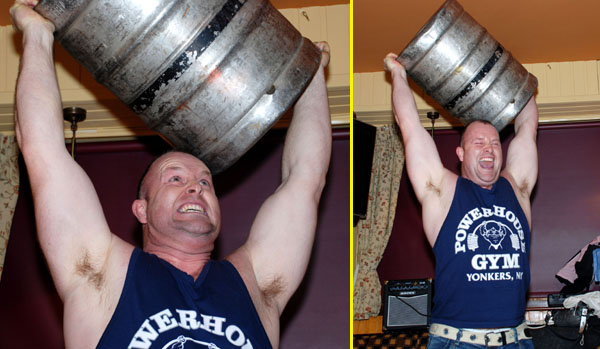 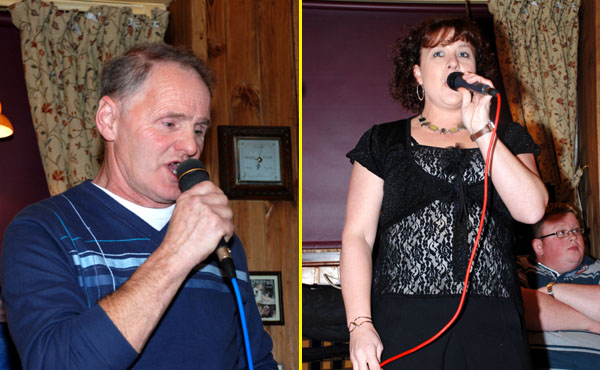 Paddy Dolan and Kellie Kelly adding a touch of class to the evening! 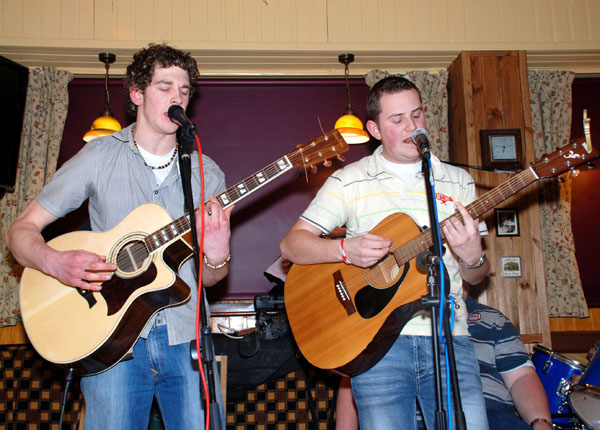 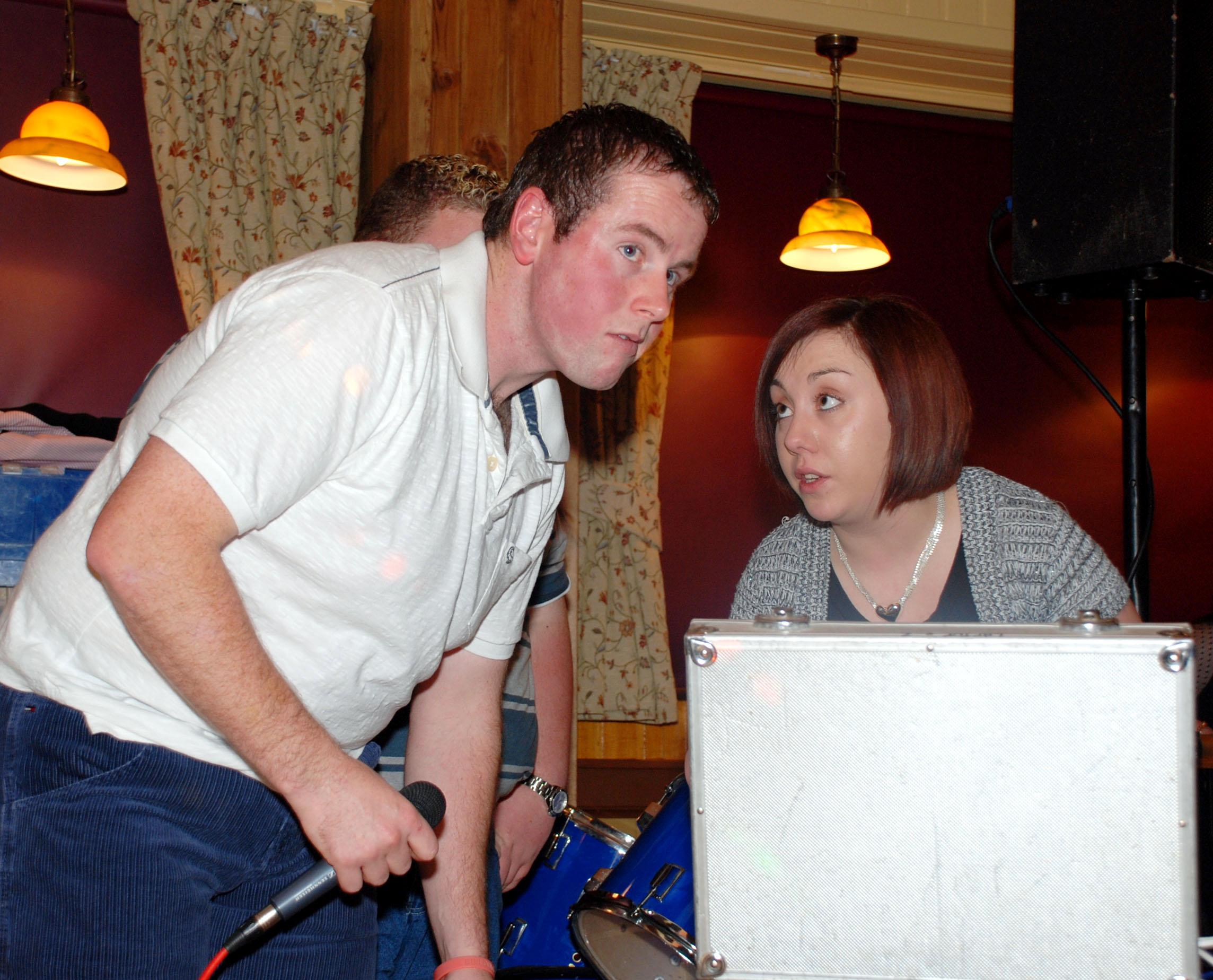 The Four Quackers (runners up) 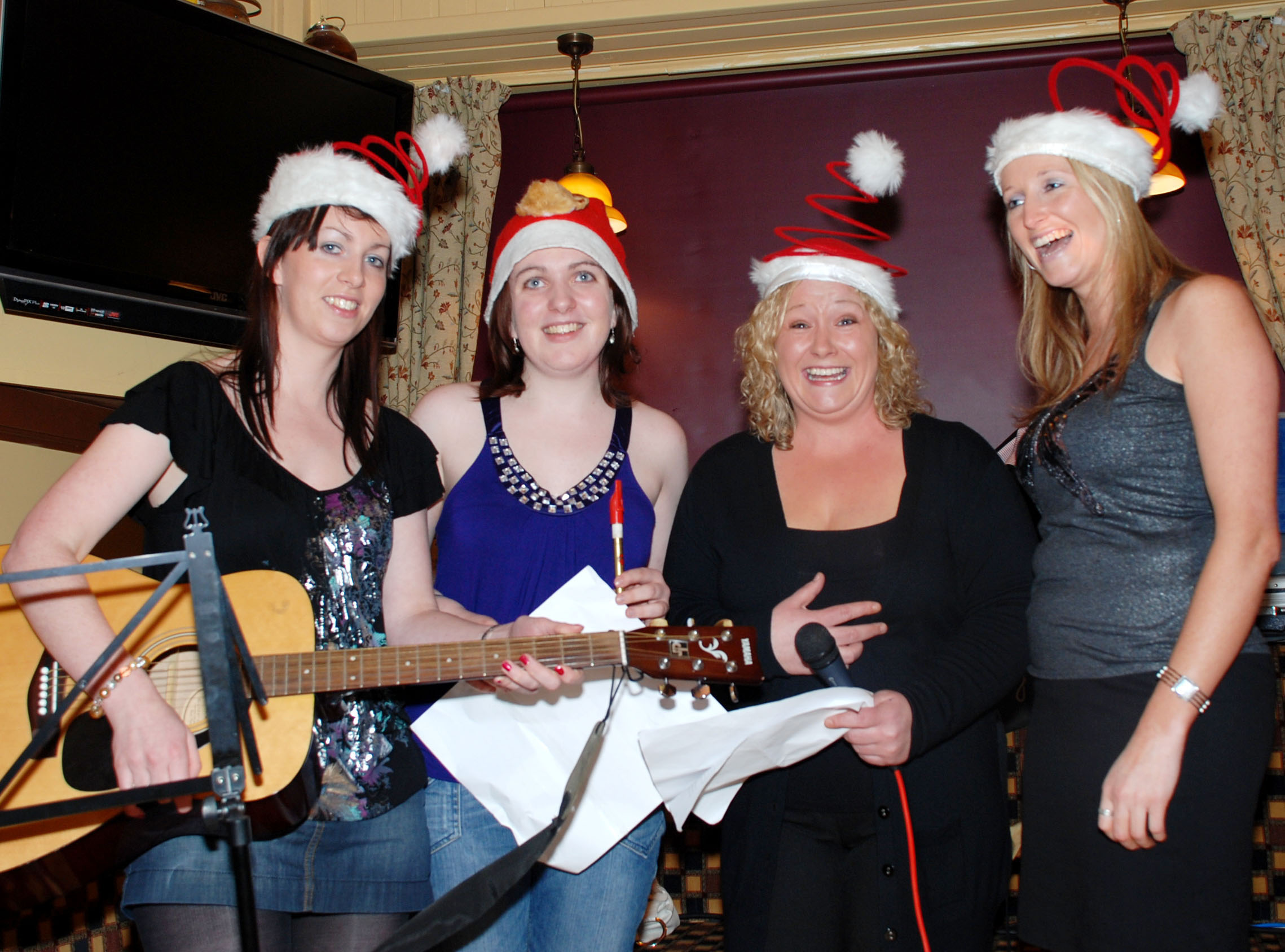 Fantane stage The Elves and the Shoemaker 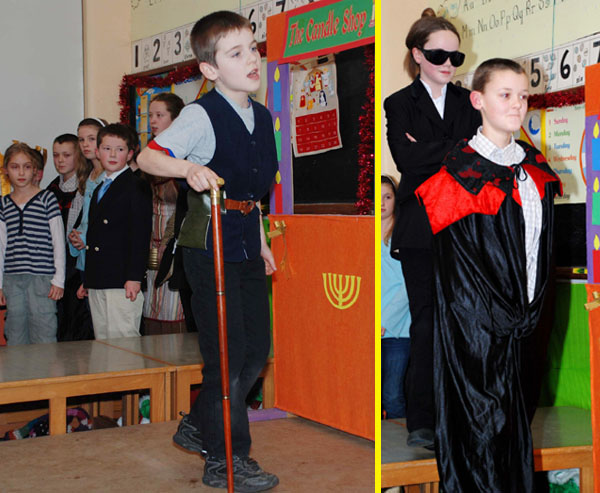 Jamie Corcoran playing the part of the shoemaker with Mary O’Connor and Steven Doolan as shadier characters!

Scoil Bhríde, Fantane staged their Christmas performance of The Elves and the Shoemaker at the School on the night before the holidays. Parents, Family and Board of Management members packed the school for a very enjoyable evening’s entertainment which demonstrated the hard work and effort put into preparing the show. Well done to the staff and pupils! The moral of the show had a Christmas theme to it “the good deed you do to others comes back on yourself”. 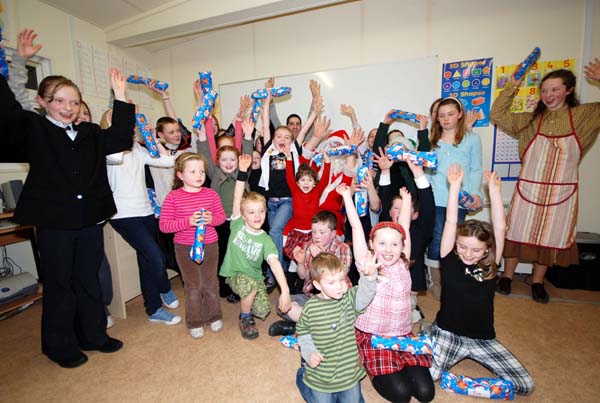 Santa then came to visit with presents galore much to the excitement of the younger folk!. All then adjourned for tea, coffee and refreshments. A great night was had by all! 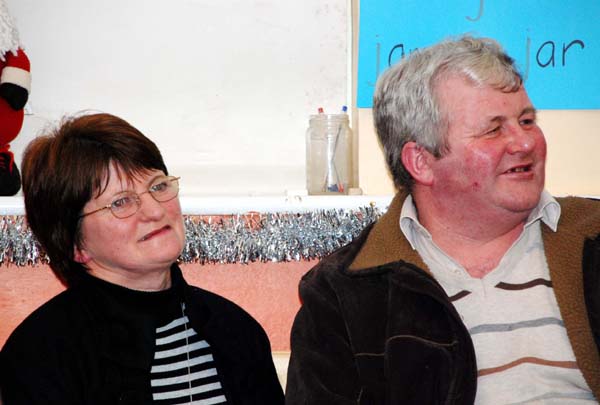 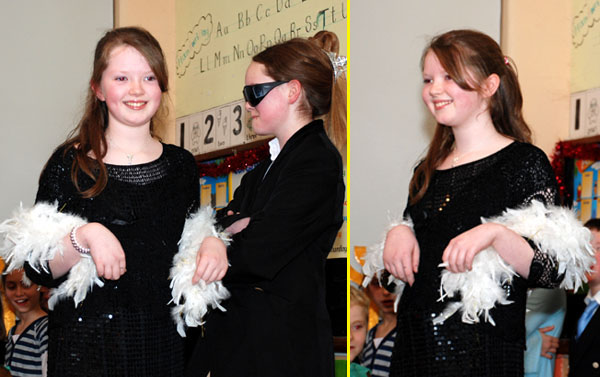 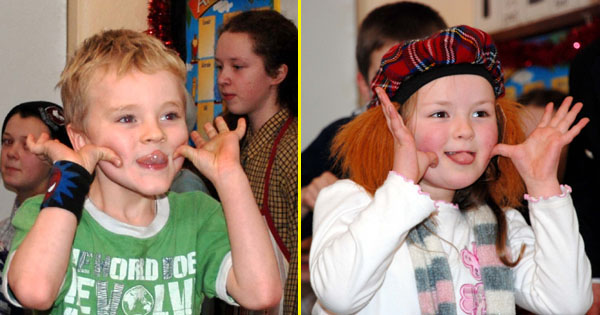 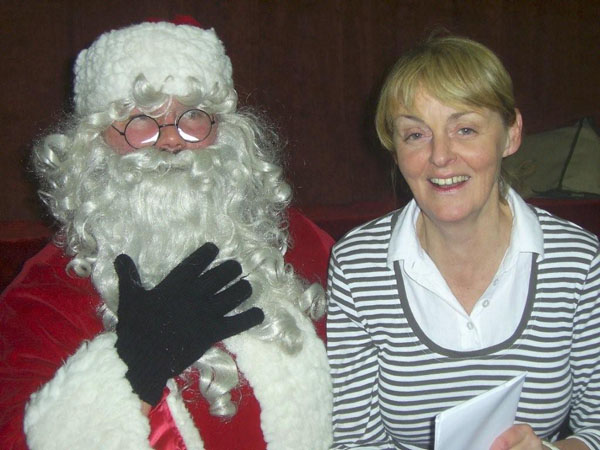 Della – you better watch out, but then again, there’s always next year! 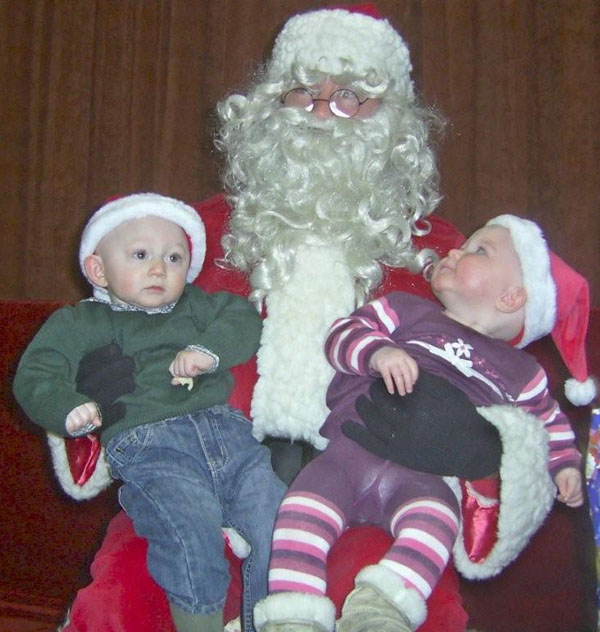 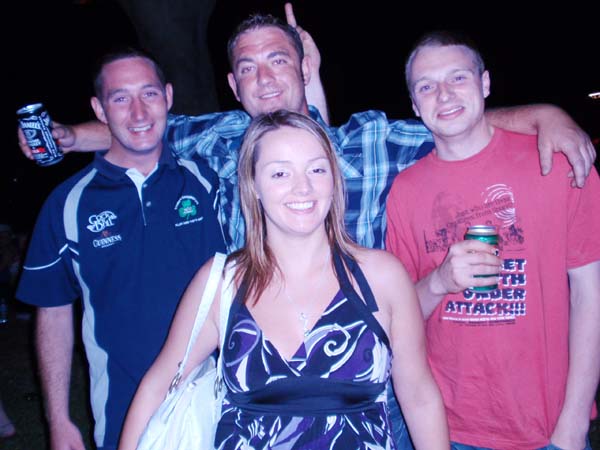 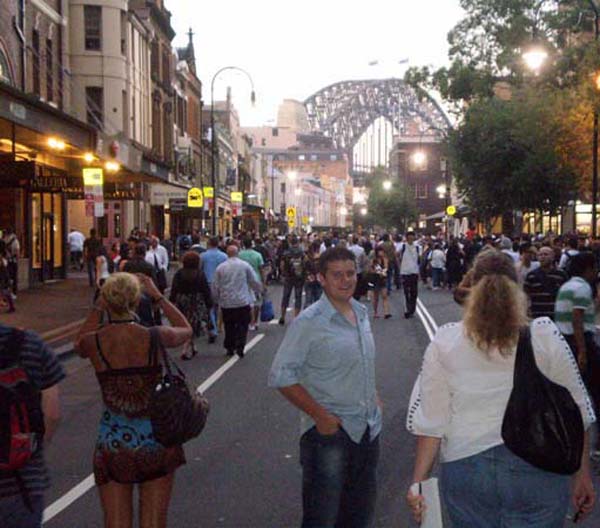 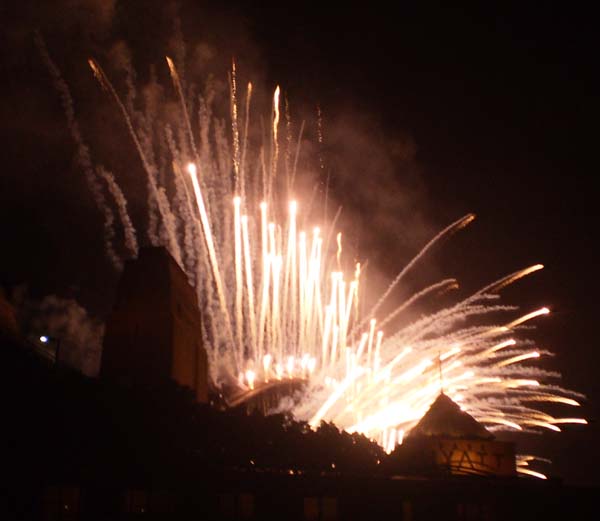 Fireworks on the Sydney Harbour Bridge 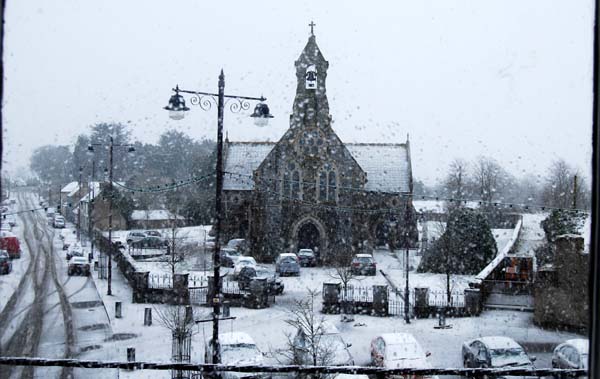 A reminder of the snow we had around this time last year – no sign of it this time, just the cold!! 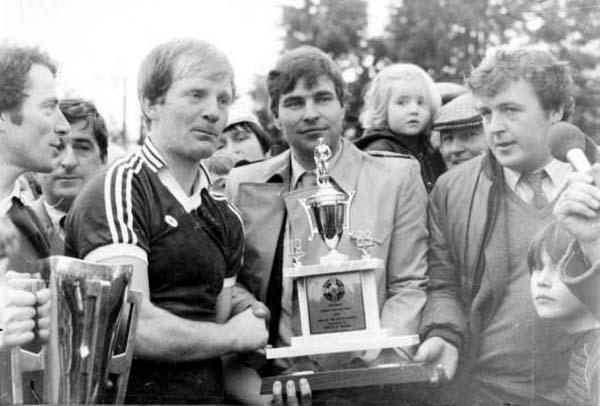