We Wish You A Merry Christmas

The Borrisoleigh Website Committee wish you a very happy and peaceful Christmas wherever you may be in the world.
Connors’ Crib at Christmas

Johnnie Connors of Castlequarter has erected this lovely Crib in the window of his workshop for all the passing traffic to admire and hopefully to remind them of the true meaning and message of Christmas. 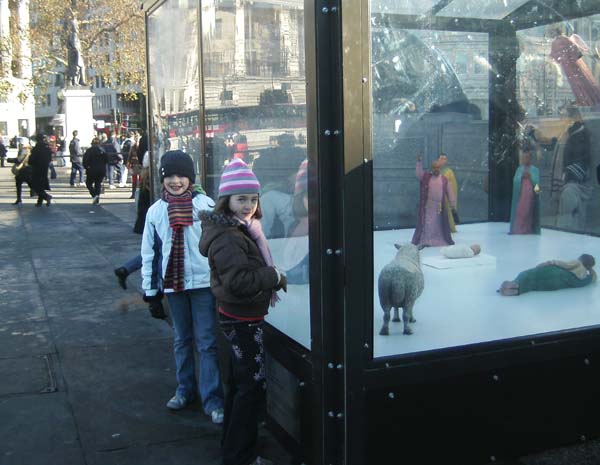 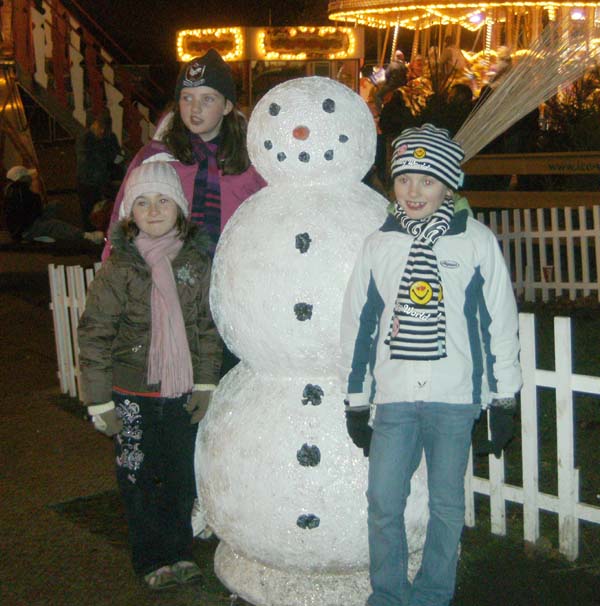 Aedin Hogan, Shauna Ryan and Kate Delaney meet up with Frosty the Snowman in Hyde Park


Wedding Bells for Philip and Marie 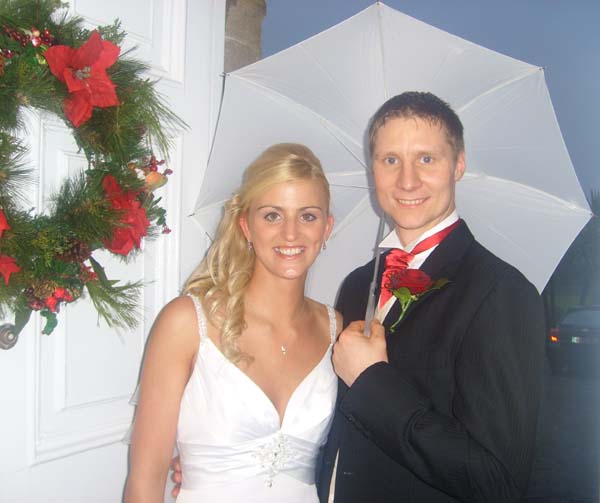 Congratulations to Philip Maher and Marie Costelloe who were married last Friday 19th December 2008 in The Ragg Church and celebrated their reception in Inch House.  The happy couple will be honeymooning in the USA. 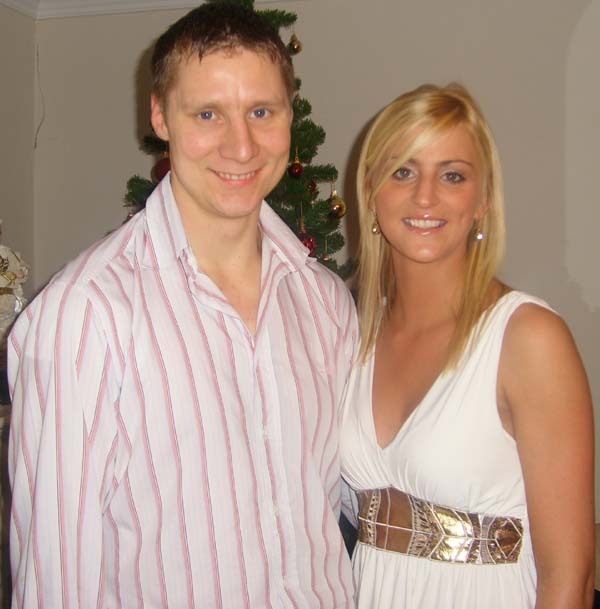 The happy couple the day after their wedding 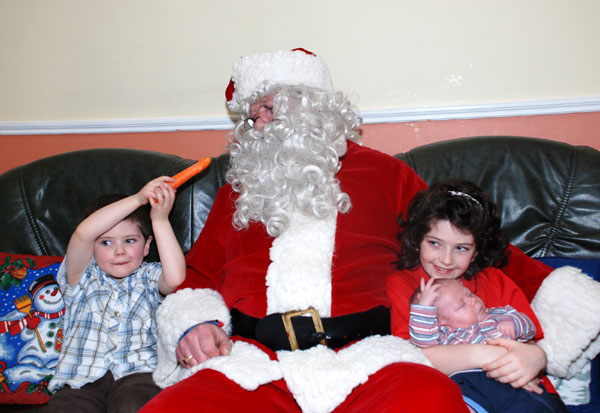 The Max household in Knockanevin, Borrisoleigh had a very special visit from Santa Claus the day before Christmas Eve. Despite the fact that Santa and his elves were very, very busy checking lists of pressies and delivery addresses he still found time to drop in on these three little angels to assure them that he had received their letters and that he would be back to drop off their Christmas gifts on Christmas Eve.

Seán had a few rather difficult questions for Santa – How much money do you own? Why is Rudolf’s nose red? and if I’m a really good boy will you come back again next week? Poor Santa didn’t know whether he was coming or going but in fairness to him he did his best!!! Rudolf’s nose is red apparently because there was a shortage of green paint the day he was made!!!! Well at least he answered one of ‘em! Well done Santa! 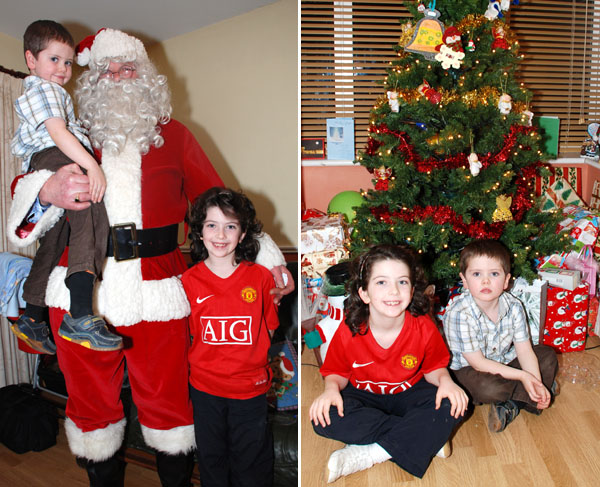 Santa poses with Seán and Aoife, and later when Santa had left, they sat under the Christmas tree to relax after the excitement of their visitor!
Happy Christmas Everyone! 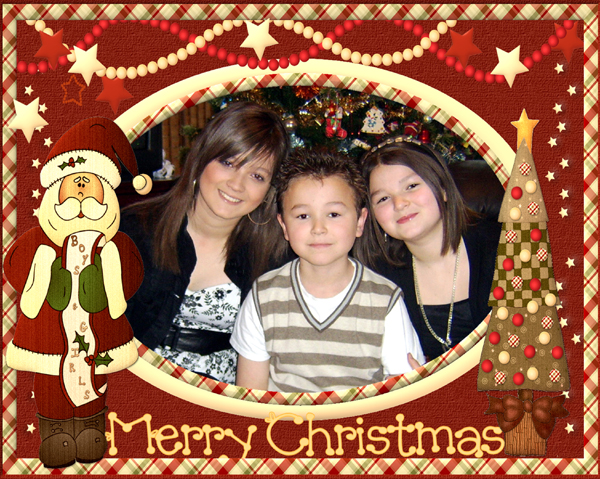 Emma, Zoe and Karl Henderson from Dartford, Kent would like to wish their Grandparents, Jimmy and Bridie Slattery of Pallas Street and all of their family in Borrisoleigh a Very Merry Christmas. 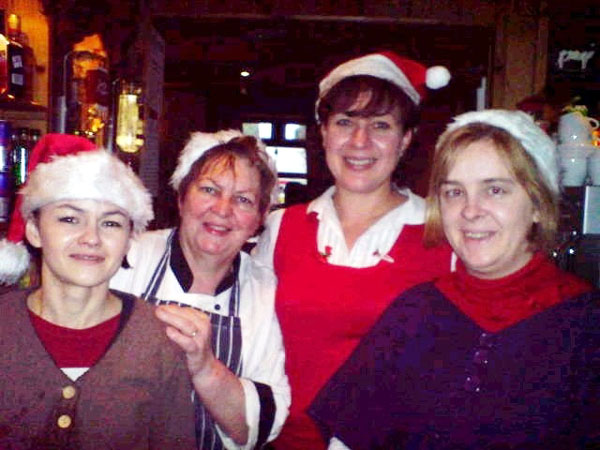 Merry Christmas from the staff at the "Clodagh" Remember our fundraiser for Conquer Cancer "Swingers and Singers" on Sunday 28th December. 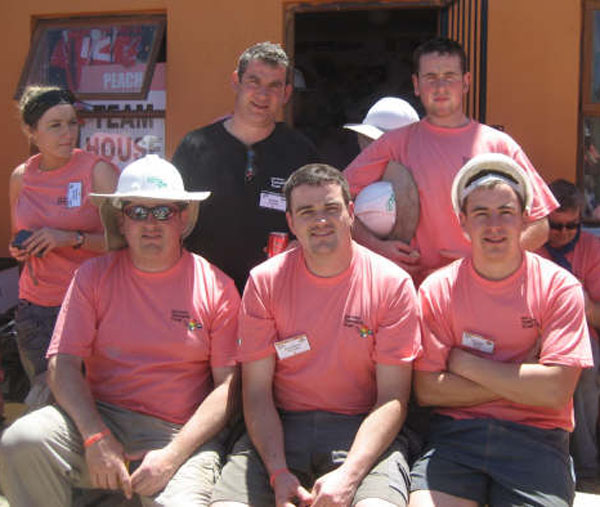 This is an account of the lads’ experience building houses with the Niall Melon Township Trust: The five of us departed on 27 November on our Niall Melon Township Trust experience. For the next ten days we would be staying in Cape Town and working in the nearby Township of Khaleyistha building houses. On this expedition there were 26 teams of 80 per team, each team had to build 10 houses. Our team was the peach team and we built 13 houses. We were collected from our Hotel each morning at 7.15 and dropped back at 5.45 by bus each evening. We were doing the following jobs: Paraic Maher – Plastering, Diarmuid Kinane – Plastering and Labouring, Henry Gromme – Labouring and Block laying, Noel O’ Brien – Block Laying and Frank Cooney – Electrican.During our time in Khaleyistha we visited a school where the local children performed for us, we brought over lots of sports jerseys for the kids and they were thrilled with these.

The days spent in the Township were a very humbling experience for us all, and we realised how well we have it at home. There are over 1 million people in the township, over 50% of people between the ages of 16 – 35 are HIV positive. On this expedition 2000 volunteers built 253 houses in 1 week, this was the largest amount of white people ever to enter the township at one time. This experience would not have been possible for us if it wasn’t for the support of our familes and friends, and especially the people of Borrisoleigh and surrounding areas. A big thank you to everyone who sponsored us.

He ain’t heavy – he’s our brother! 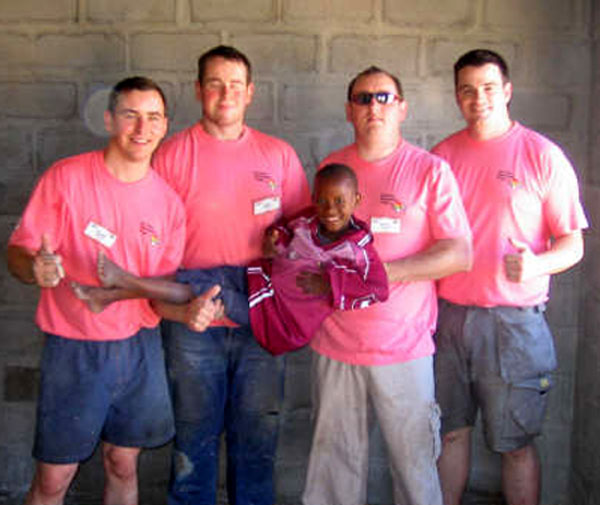 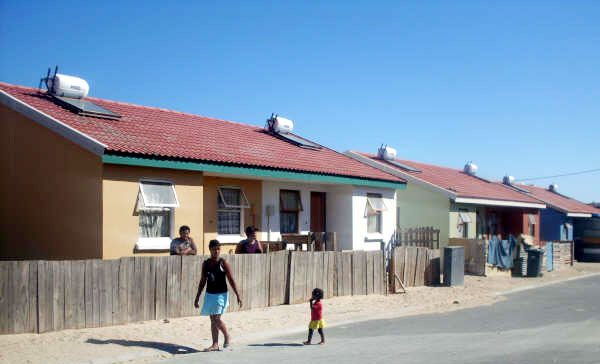 Taking a stroll along, what must seem like a new street 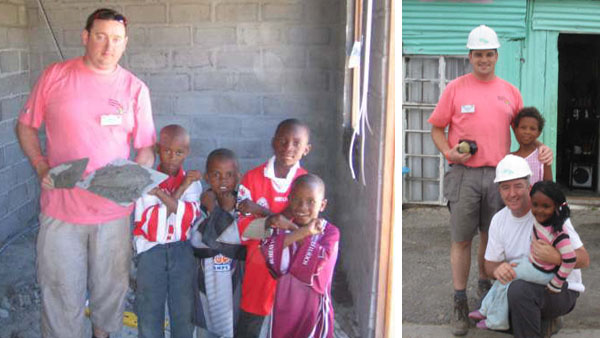 Henry with his little helpers and Diarmuid with Niall and friends 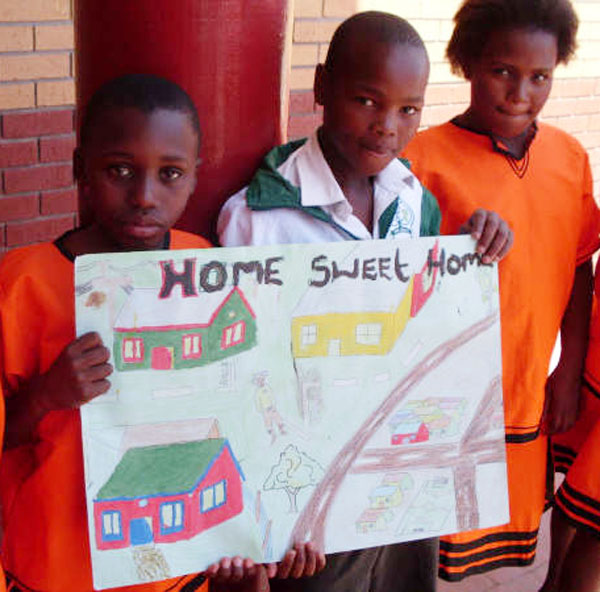 The plans for some of the new houses with the road infrastructure to the right! 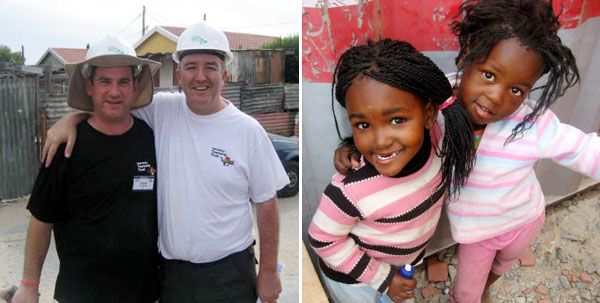 Frank with Niall and another pair of beauts! 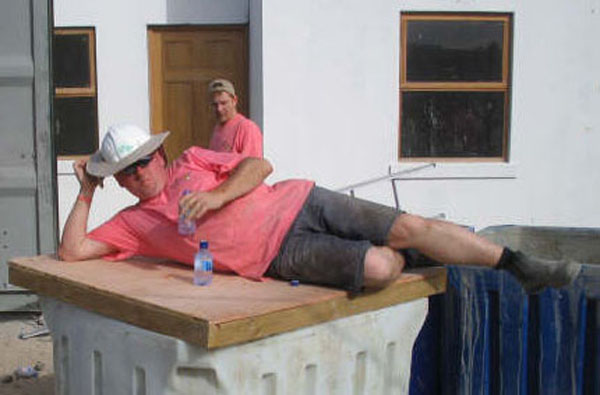 To view the complete set of photos of the Borris Boys in South Africa go to our photo gallery or click on the following links: 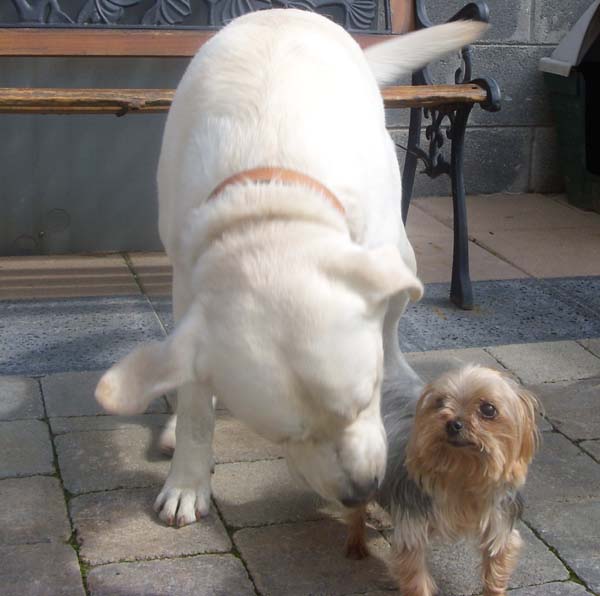 A book sale in aid of the above Society will be held on the first floor of the Clodagh Bar on Sunday 28th December. The sale will commence at 12 o’clock noon and people who may have unwanted books, in good condition, are asked to hand in same as soon as possible. Any member of the Clodagh staff will gratefully accept books for sale and the organisers thank you sincerely in anticipation of your support.

A reminder about the Swingers and Singers – You’ve got Talent Competition that also takes place in the Clodagh Bar on Sunday 28 December. A fun-filled evening is guaranteed. There’ll be Swingers and Singers and loads of fun. Why not come along and support a worthy cause. All proceeds will go to Conquer Cancer. Please support. 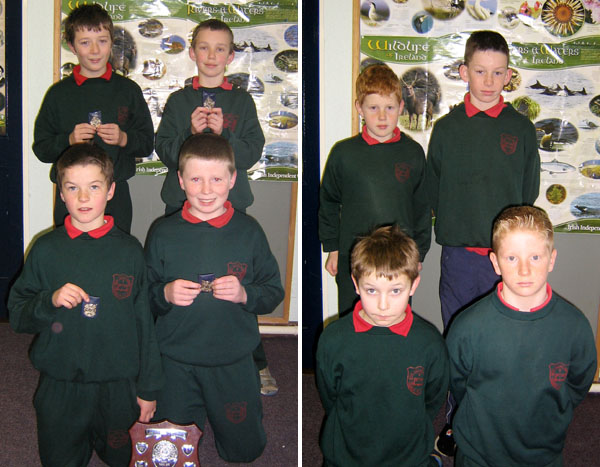 The men with all the answers in St. Patrick’s Boys’ National School!
Congratulations to our Quiz Teams who performed so well in the recent North and Co. Finals. As reported last month, our two teams had qualified for the North Final in Ballingarry. Our quiz experts are as follows: Team A: Declan O’ Connell, Jack Hogan, Shane Kenny and Eoin Stapleton and Team B: James Mc Cormack, Seán Kenny, Philip Mc Cormack and Mícheál Carey. Team A achieved first place on the night and retained the North title for our school with Team B achieving fourth place. These results ensured that both teams qualified for the Co. Final in Sarsfields’ GAA Complex on Sunday, December 7th. Following a very tight contest we are proud to report that Teams A & B finished in 3rd and 6th places respectively, maintaining our strong ­tradition in this competition. Well done boys!
Boy Santas waiting for the hols!!!!!!! 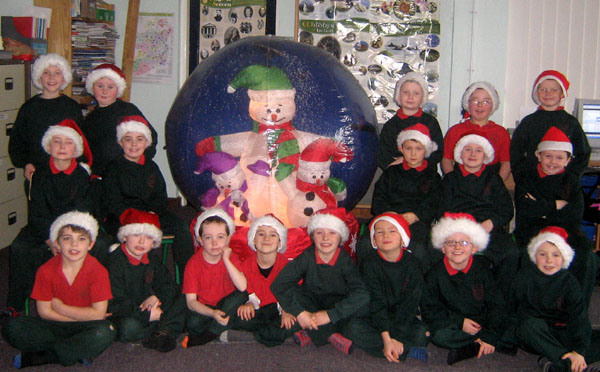 A few of our local ‘Boy Santas’ just waiting for that final bell to ring announcing the Christmas Holidays!!!!

If you have a school-going child and would like to be in a better position to help the kids with Irish homework I am considering running classes for parents for exactly this purpose if there is enough interest.

Classes would hope to begin in mid to late January ’09 in Borrisoleigh village, one evening per week for about an hour and a half – which includes a break. If this is something that you feel you would like to do, please contact me on 087-9685461 before January 7th.

Will the real Eoghan Quigg please stand up? 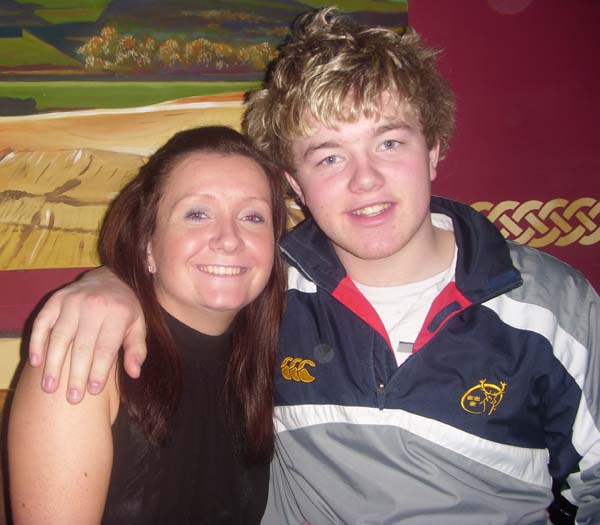 Is this the real Eoghan Quigg of X Factor fame pictured here with Mairead Maher grandaughter of Mai Maher who celebrated her 90th Birthday recently. Isn’t there a big resemblance!!! 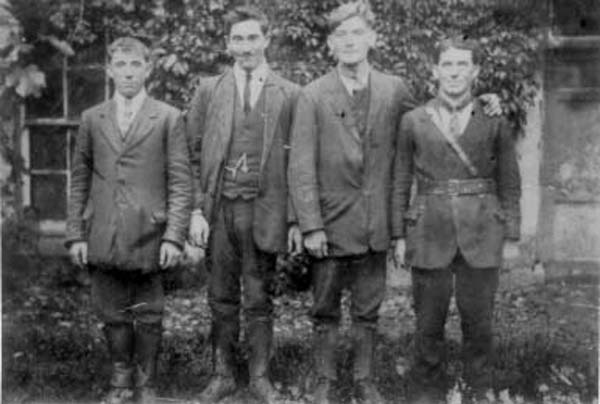 For unto us a child is born 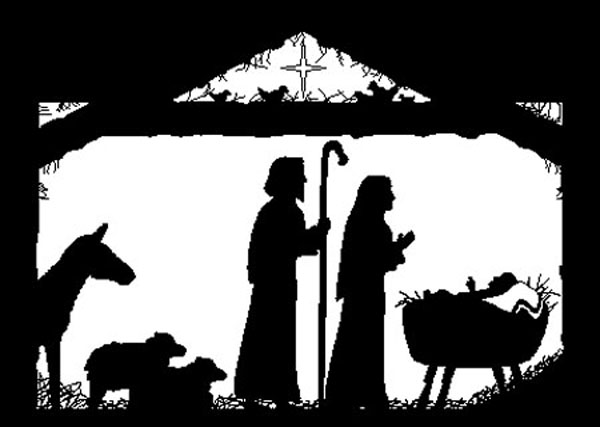 And his name is Emmanuel – meaning ‘God is with us’. 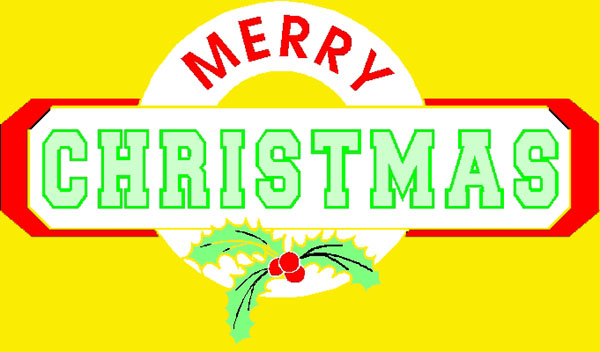