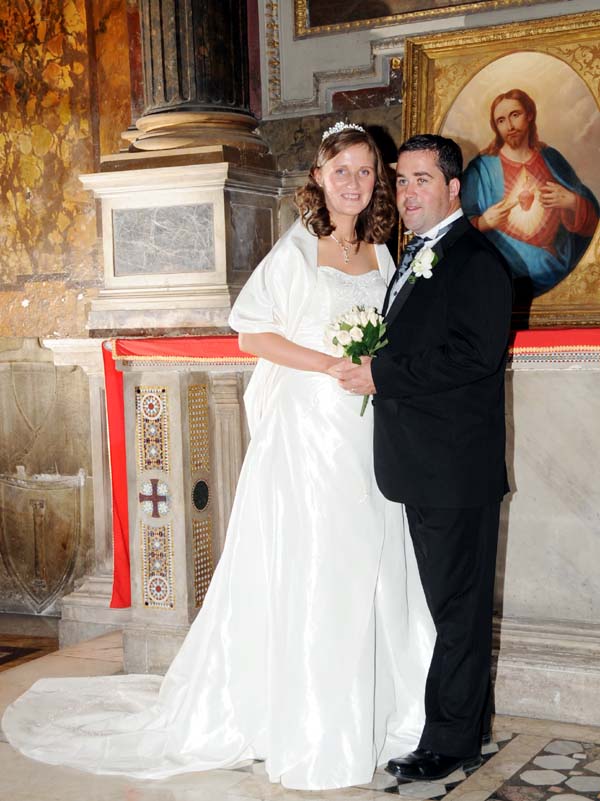 Catherine Quinlan and Mike O’Meara who were married in Rome recently
Congratulations and best wishes to Catherine Quinlan of Pallas St. and Mike O’Meara from Cappawhite who were married in Rome recently.  The ceremony took place on 23 September in the Basilica of San Silvestro where local priest Fr. John Fitzpatrick joined the couple in Holy Matrimony.  Catherine’s Uncle Michael gave her away, and in a surprise twist to the occasion renewed his own marriage vows with his wife Assumpta at the end of the ceremony. Both were married in the same church 30 years ago.  We wish them a very happy anniversary.
Catherine and Mike were also accompanied by family and friends to the Eternal City to join them in the celebration of their big day.  After the nuptials were concluded they later adjourned to a restaurant in the city for their wedding reception.  Then they jetted off to Dubai for their honeymoon where they had a wonderful time.  We wish them the very best for the future. 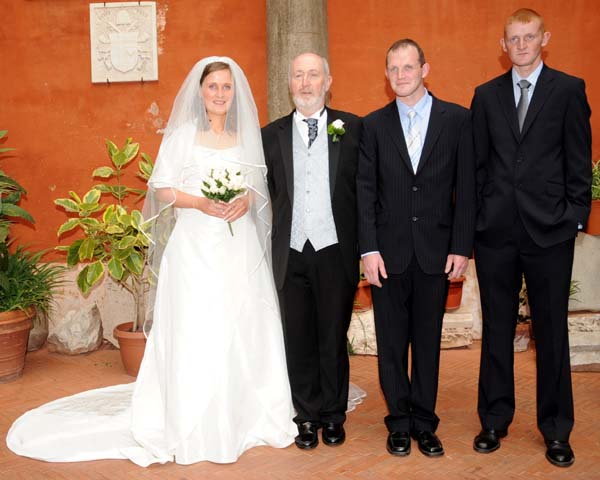 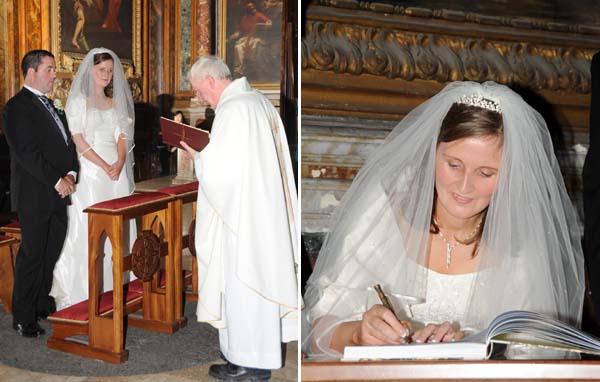 Fr. John Fitzpatrick officiating at the ceremony and Catherine signing the Register 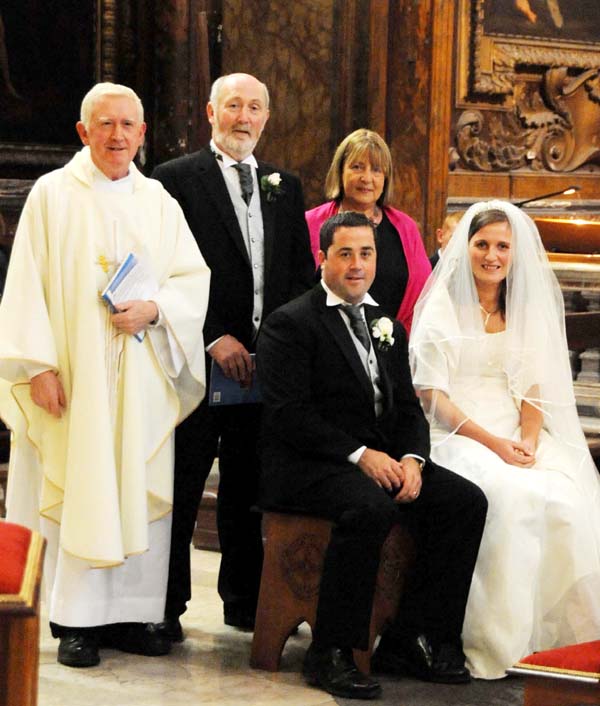 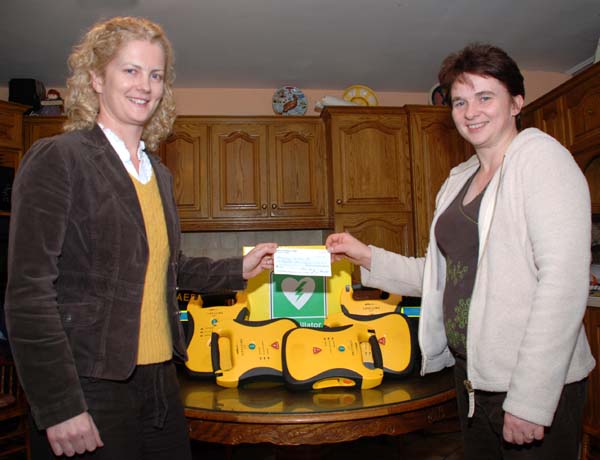 Our regular visitors to borrisoleigh.ie

Red flags indicate the parts of the world that are logging on to borrisoleigh.ie on a daily basis
The Borrisoleigh Website Committee have access to information about the number of visitors to our site on a daily basis. We also know what countries, cities and regions are logging on to borrisoleigh.ie. Looking at the above map detailing the location of our visitors, which was generated by our website program, the results are not surprising. Many of our visitors are from Western & Eastern Europe, Australia, the USA and Canada. We also have regular hits from Japan which is not unexpected! South America and North and South Africa also visit from time to time.

Since we launched our site in early May of this year we have had 16,522 visitors who logged on to borrisoleigh.ie. These visitors have viewed 126,652 individual pages, that is an average of 721 separate page visits per day! The site is becoming more and more popular with the most frequent amount of visits on Wednesdays and Thursdays (when our weekly current news is released to the web). Thanks for logging on – keep it up and stay in touch! 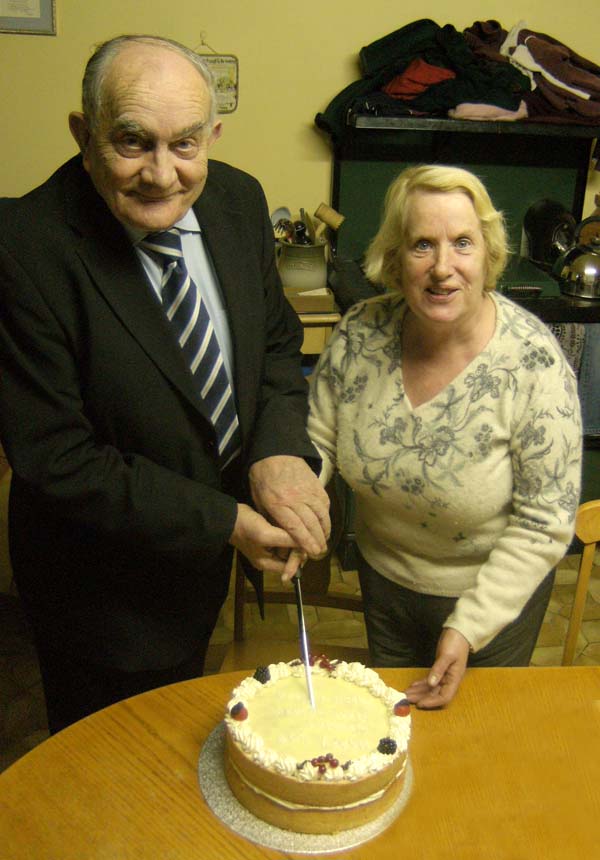 Paddy and Nora Delaney pictured here celebrating their 40th wedding anniversary on October 2nd. Congratulations to you both.

Making our case in Europe 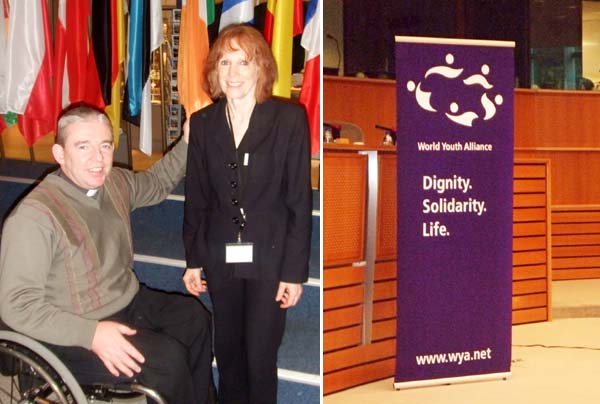 Last week Fr. Michael Barry travelled to the European Parliament in Brussels with a group of 30 young people from the Munster region to a World Youth Alliance meeting. Independent M.E.P. Kathy Sinnott hosted the event and gave the group a tour of the Parliament and an insight into what goes on there. She also encouraged the young people present to engage with politics and to lobby their M.E.P.s on issues that are of importance to them. Fr. Michael took her at her word and lobbied for funding from Europe for our new parish centre. Only time will tell how successful this bid has been, but as he says himself: “the best way of NOT getting something is by NOT asking for it!” 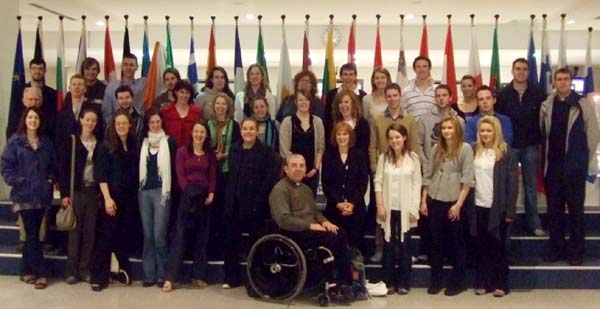 The Youth Group with Kathy Sinnott M.E.P. at the Parliament
Diesel Autoelectrical Award

David Shanahan, Knockinure who was nominated by Cork Institute of Technology for the Diesel Autoelectrical Award pictured here being presented with the perpetual cup in the Metrepole Hotel, Cork on October 16th last. David has just completed 4 years training as a Plant Fitter with McHale Plant Sales in Birdhill. He is a past pupil of St. Brigid’s Primary School, Fantane and St. Joseph’s College, Borrisoleigh. Congratulations David and well done!

Ollie Small from Borrisoleigh (3rd from the left at the back) who captains Thurles Rugby team for the coming season. Also included in the photograph is Aidan Dwyer. 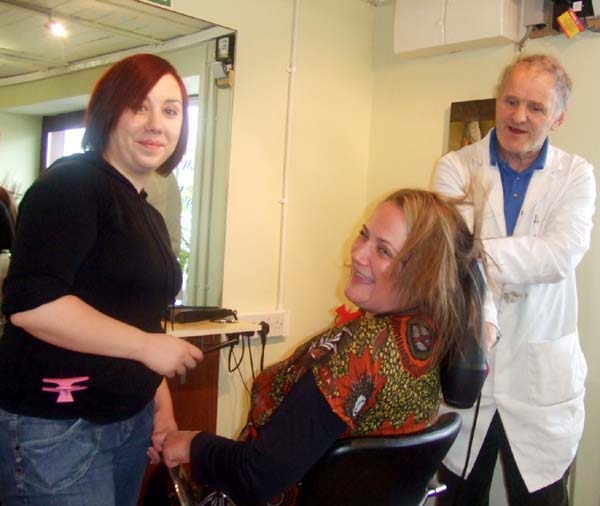 Julia Young of ‘Young’s Hairdressing Salon’ had the tables turned on her recently when Paddy Dolan decided to try his hand at a spot of blow-drying!  Laura Gleeson (on left) was happy to see her boss take a little bit of her own medicine for a change!  Paddy has decided that it’s not the career for him – too much hot air!!!

Bit of a Borris Bar-B-Que Below in Auzzieland! 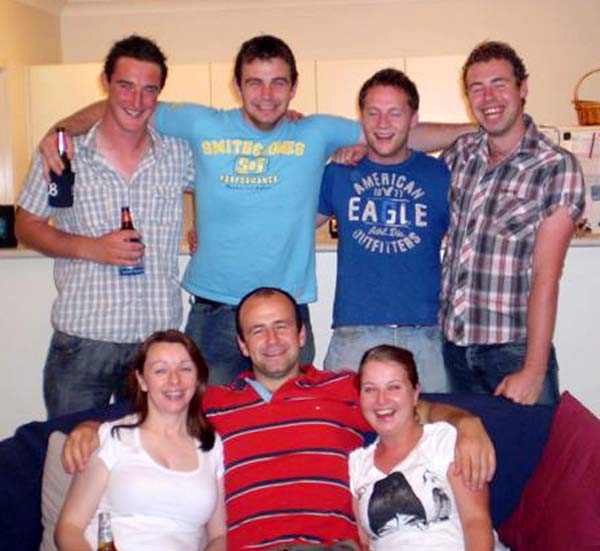 This photo was taken last Saturday 18 October at Marie’s place. Obviously the Borris Crew down under are doing reasonably ok with smiley happy faces all round. It’s ok guys – we miss ye too! But keep sending "stuff" for the site – we want to know EVERYTHING ye get up to!!! 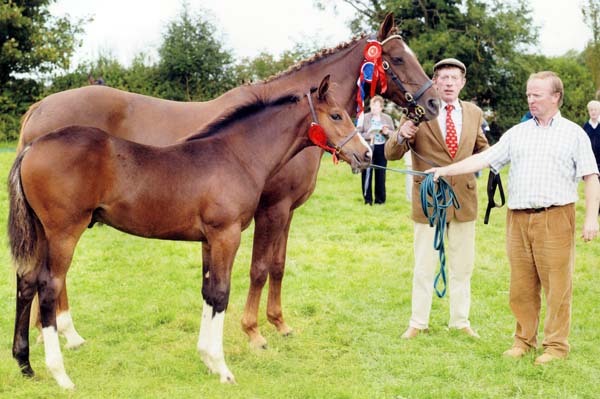 Heartiest congratulations are extended to James and Mary Ryan, Cronovone House, Borrisoleigh on the continuing run of successes being enjoyed by their outstanding mare and her progeny.  The latest success acquired by this beautiful mare and her colt was at Bansha in 2008 where the duo won the Champion mare and Champion foal titles.  The foal also came up trumps at Cappamore Show where he was declared Champion foal.  Their list of successes would surely have been even more, were it not for the cancellation of a number of shows due to the inclement weather conditions.  Continued success is wished to James and Mary in the future, as they proudly represent Borrisoleigh in the highest echelons of the equine industry.

Borris trio on the run! 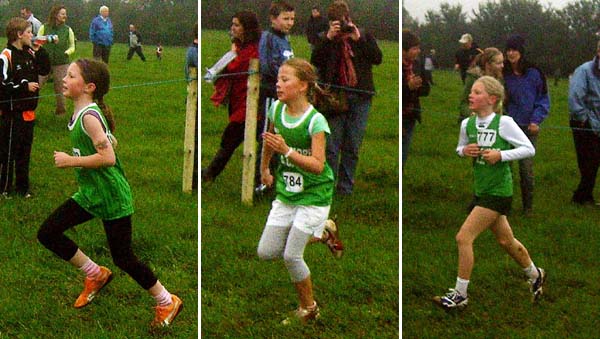 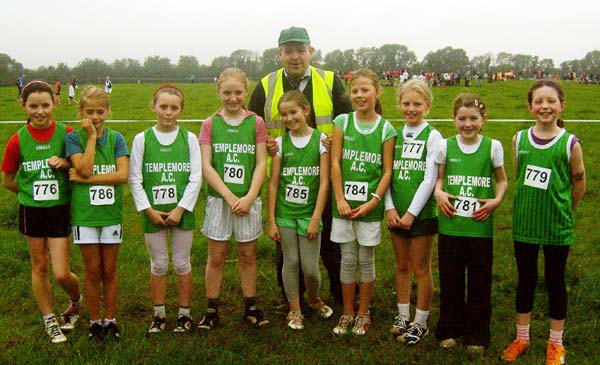 Welcome to our world! 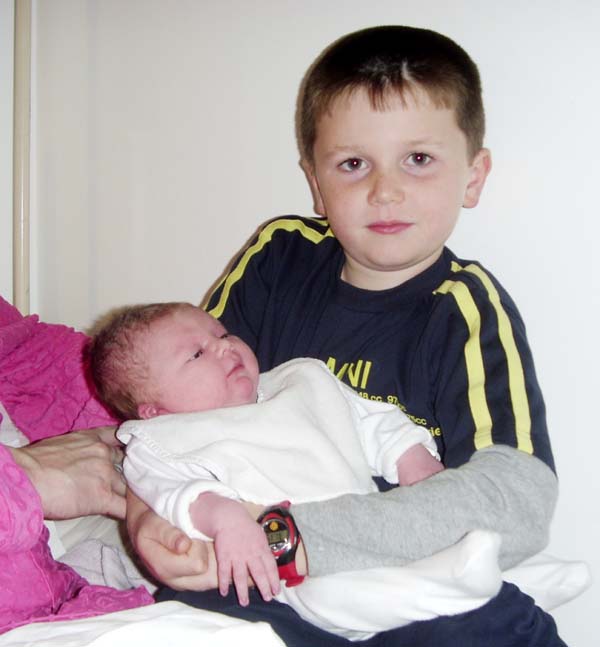 Cian Stapleton seen here welcoming his new-born sister Ava-Marie into the world. Ava was born last Wednesday 15 October and is the second child of proud parents Matty and Anne-Marie, Rathmoy, Borrisoleigh. Many Congratulations! 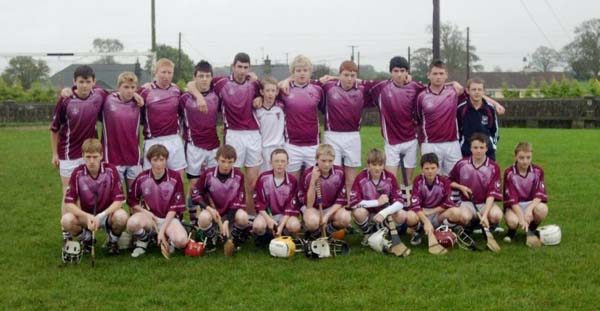 In a very competitive and tense County Final Borrisoleigh played out a very exciting draw on a scoreline of 1-9 to 0-12 against Mullinahone at Littleton last Saturday before a large crowd. In very poor weather conditions both teams served up some great hurling. While both teams had chances to win on the day, at the final outcome a draw was a fair result with neither team deserving to lose. Well done to all involved and also thanks to large number of Borris-Ileigh supporters who travelled on the day. At the time of writing no date has yet been fixed for the replay.

The U12 Plate final against Toomevara was held in Templederry on Sunday last. Once again this match proved to be a very exciting affair. The last few minutes were very tense with both teams searching for a winner. However, it was not to be and once again our final finished in a draw. Well done again to all involved and thanks also to the tremendous support for the team. Replay is on next Monday 27th October at 3.30pm in
Templederry. 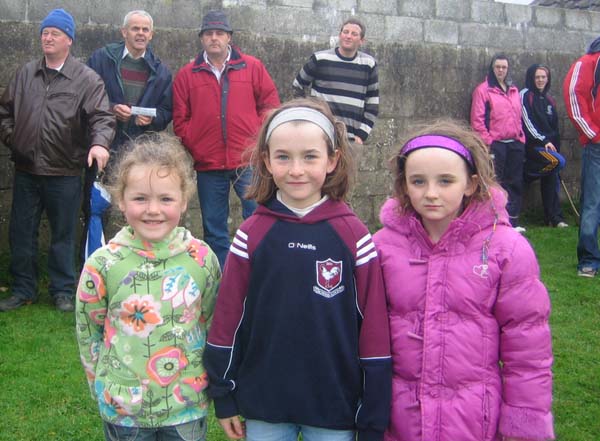 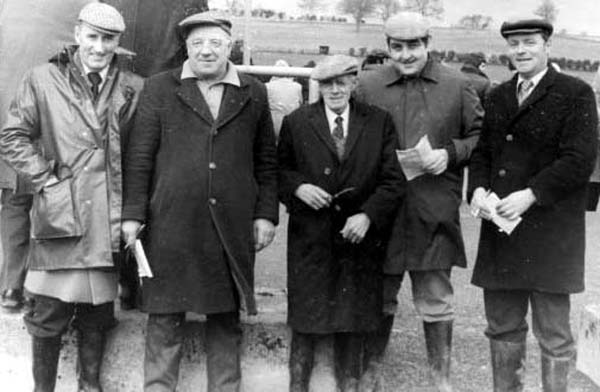