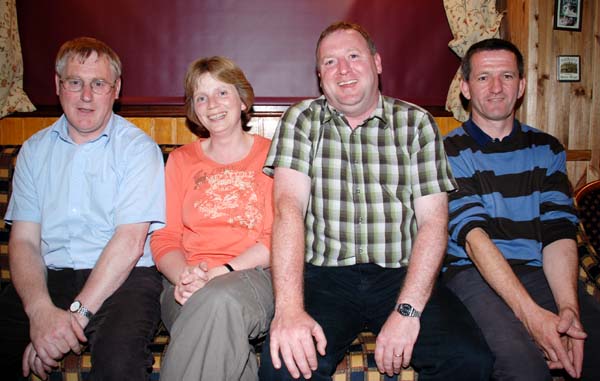 The winners – Michael Carey, Sheila and Ruairi O’Connell and John Hogan
A table quiz took place in the Clodagh Bar on Friday night June 13th. This was in aid of the Borrisoleigh Defibrillator Programme being run by the Borrisoleigh Life-Savers Action Group. A large crowd came to support this venture. Thomas Russell was the quiz master for the evening and as usual he displayed his unique style in the manner of his presentation and the quality of the questions. The organising committee would like to thank everyone for their generous support. A special word of thanks to Lisa and Eamonn Ryan for donating the top prize of the evening and for the use of their premises for the event. Thanks also to all the other prize-givers, ticket sellers, sandwich makers etc. etc. etc. We are delighted to be able to announce that more than €1,100 was raised at this event. Your support is much appreciated. 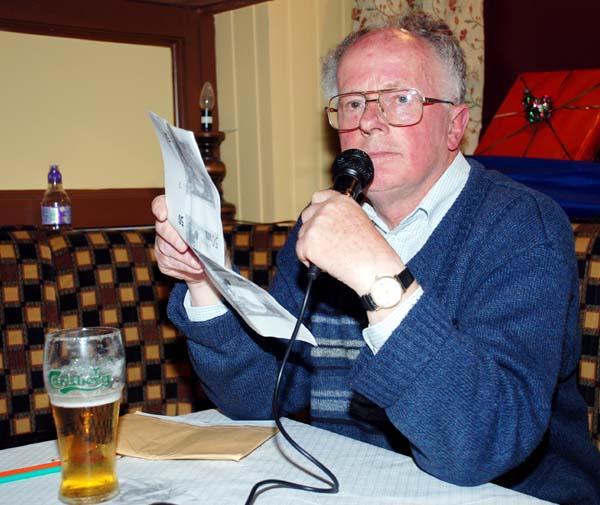 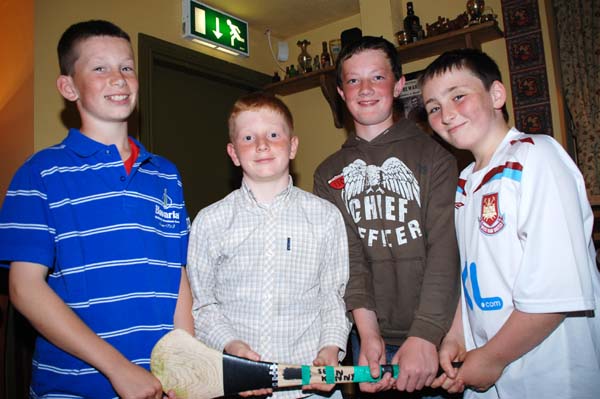 Sam Holland making sure John Vahey is well fed on the night and Christina Dwyer with extras!

Also on the night Teresa Ryan of Castlecourt made a presentation to Christina Dwyer (Chairperson of the Life-Savers Action Group) of €2,630, the proceeds of her sponsored run in the ladies mini-marathon which took place in Dublin during the June Bank Holiday weekend. 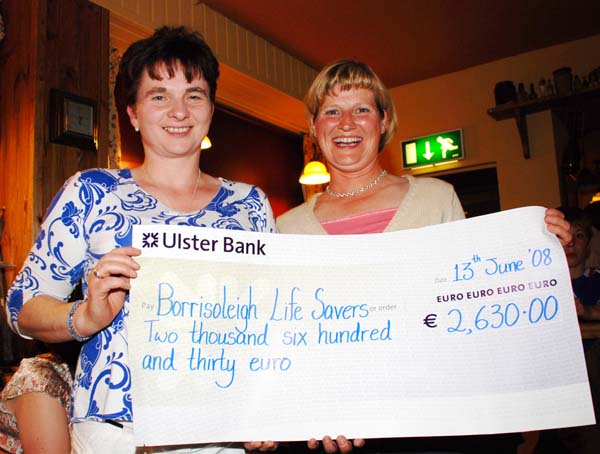 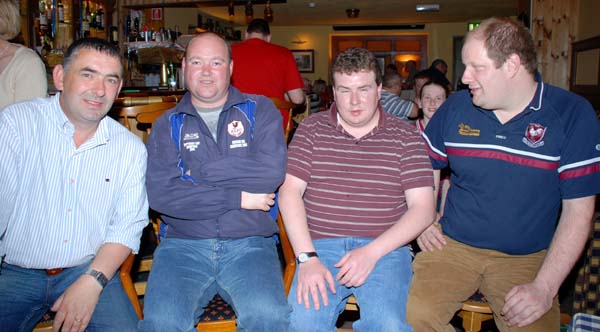 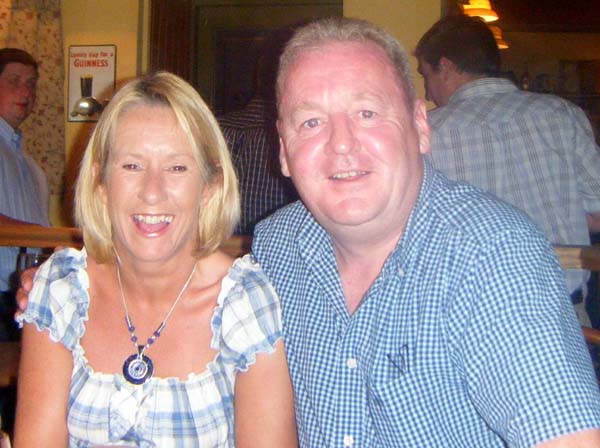 Alma and Fergal O’Connell from Cork enjoying a night out in Borris recently – Up Tipp!!!
St. Cualan’s Sponsored Walk 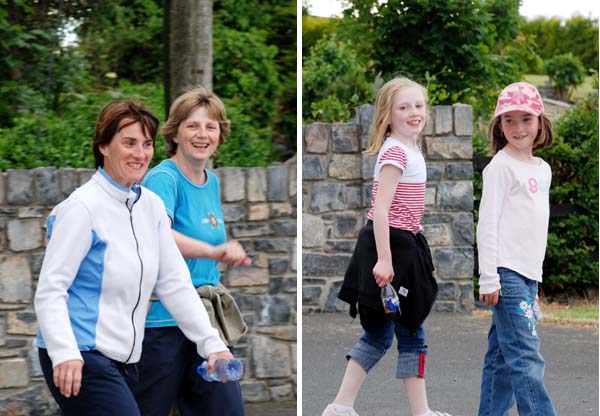 A large crowd of people turned out for the annual St. Cualan’s Senior Citizens’ sponsored walk on Sunday June 15th at 6 p.m. The usual Rathmoy route was travelled with lively banter and chit chat to be heard all along the way. Liquid refreshments were supplied en route and tea and sandwiches were made available in the Marian Hall at the end of the walk. 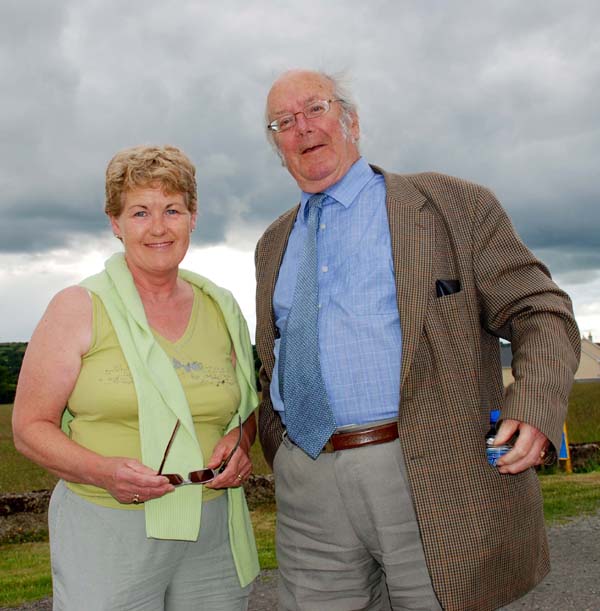 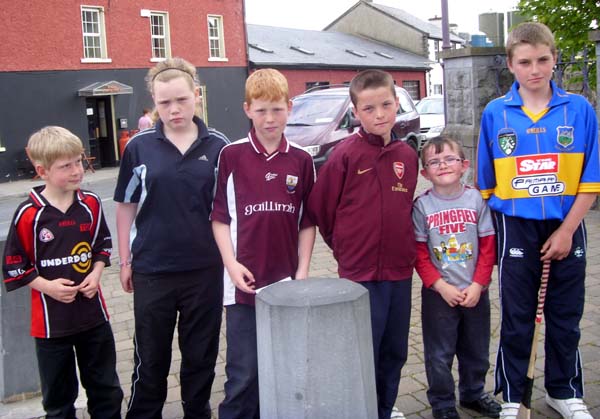 Raymond, Jane and James McCormack with Jack and Cathal Hogan and Matt Stapleton relaxing after the walk
The St. Cualan’s Committee are deeply appreciative of the support that they receive from the local community. The funds raised are used to off-set the costs of bringing our senior citizens on various outings throughout the year as well as helping to finance the annual Christmas party. 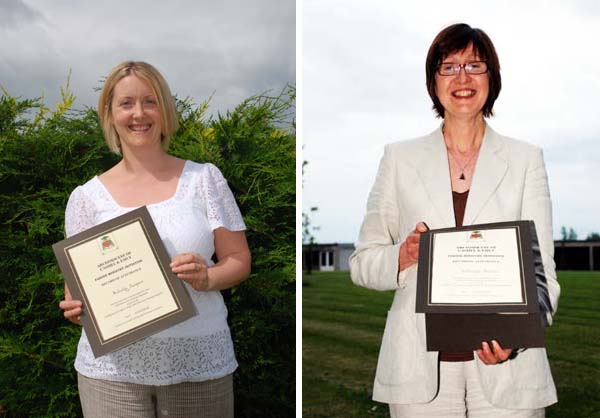 On Friday June 13th Child Protection Representatives from every parish in the Archdiocese of Cashel and Emly were commissioned in a special ceremony at St. Patrick’s College, Thurles. Archbishop Dermot Clifford in his address to the 100 volunteers from all over the Diocese praised their generosity and dedication. He said that their involvement in this initiative showed their care and concern for the welfare of the children of their respective parishes and also their commitment to Church life. In our own parish Michelle Duignan of Glentane and Catriona Spooner of Rathmoy have undergone the training course involved and will now act as our Parish Child Protection Representatives. We thank them for their generous commitment to this task. 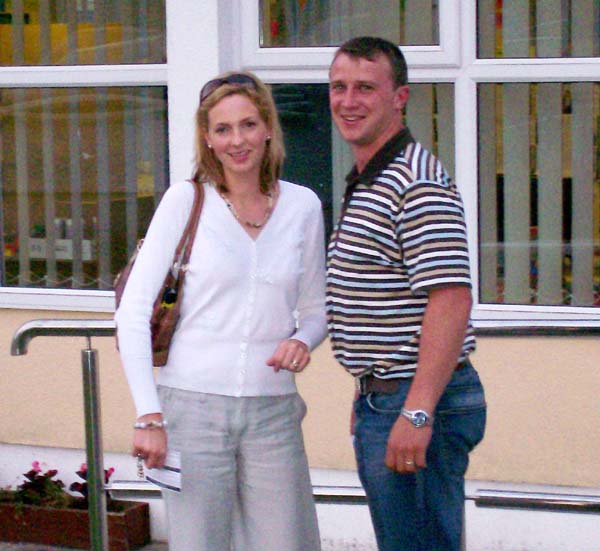 Bill and Irene Duff on their way to cast their vote in the Lisbon Treaty.
Harry Joes Golf Society

Harry Joes Golf Society held their third outing of the year in Limerick County Golf Club in Ballineety on Saturday last June 14th. The competition played on the day was George Ryan’s Captains Prize. Over 40 members took part and a very enjoyable day was had by all. 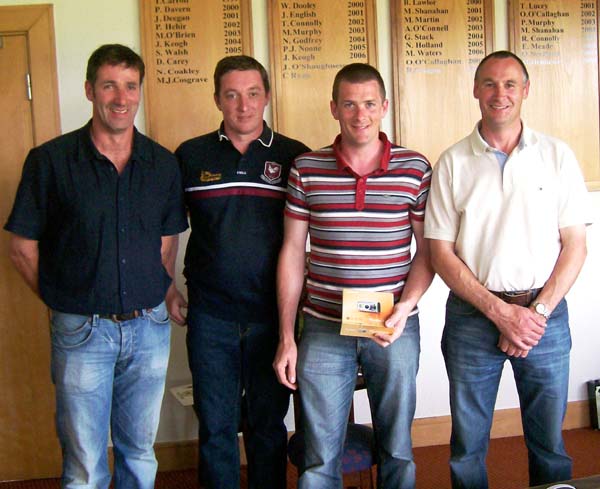 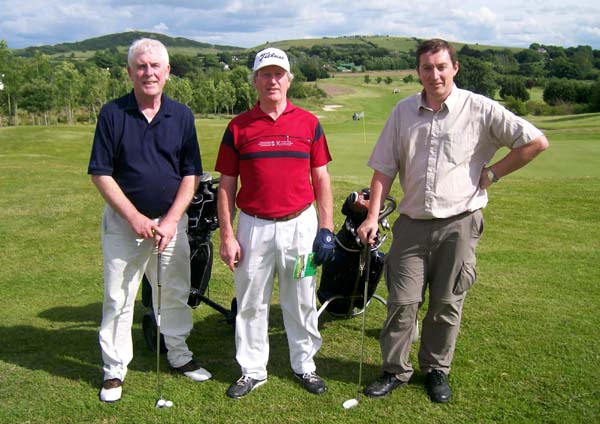 The next outing will take place in the GoldCoast Golf Club in Dungarvan on August 23rd.

Meeting of Church and State

Sergeant Tom McCormack and Fr. Michael Barry take time out from their recent discussions on the state of the local parish and community for a brief photo call. 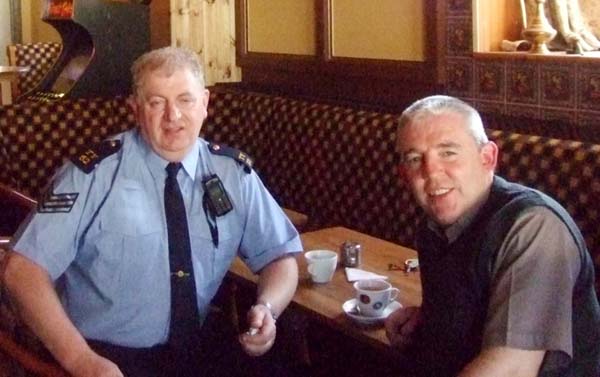 Both gentlemen are agreed that in the interests of national and ecclesiastical security “the least said the soonest mended” and so neither would be drawn on the nature, substance or content of their deliberations. ‘NO COMMENT’ was all they were heard to say when questioned about their bilateral encounter at the Clodagh Bar on Friday June 13th last.

We can only speculate that perhaps it was the minutiae of the recently rejected Lisbon Treaty, or maybe the escalating scale of our individual carbon footprint, that occupied the minds of these two men. Or could it have been ‘the price of the pint’?! Who knows?! One thing is for sure – we’ll never know!!! 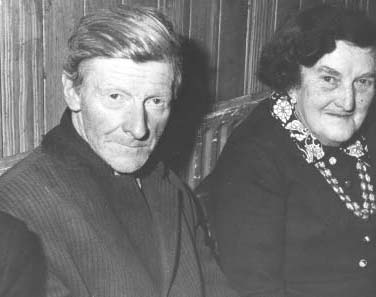