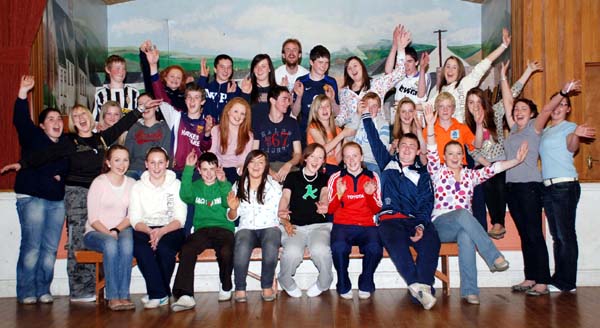 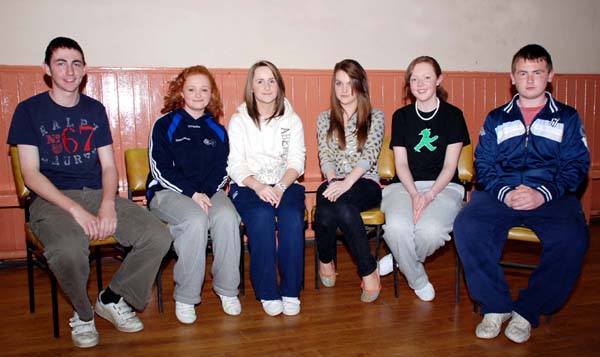 Contribution to our new Foróige Club 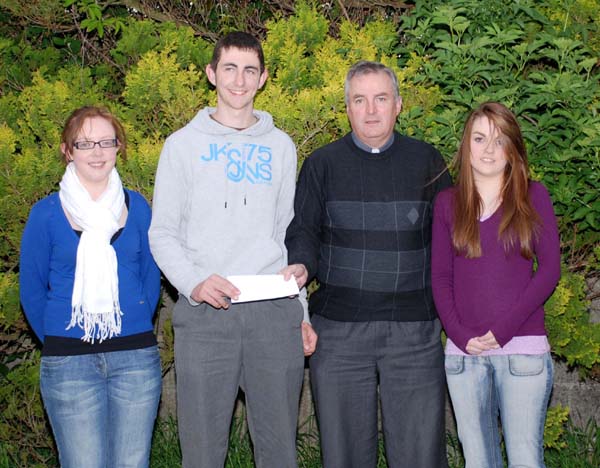 Fr. Liam Everard PP making a donation on behalf of the parish to the Chairman of the local Foróige Club Danny Ryan. Fr Liam wished the Club well in their activities and congratulated them on the setting up of the Club. Danny then thanked Fr Liam on behalf of all the Foróige Club members for his generous contribution to their club. 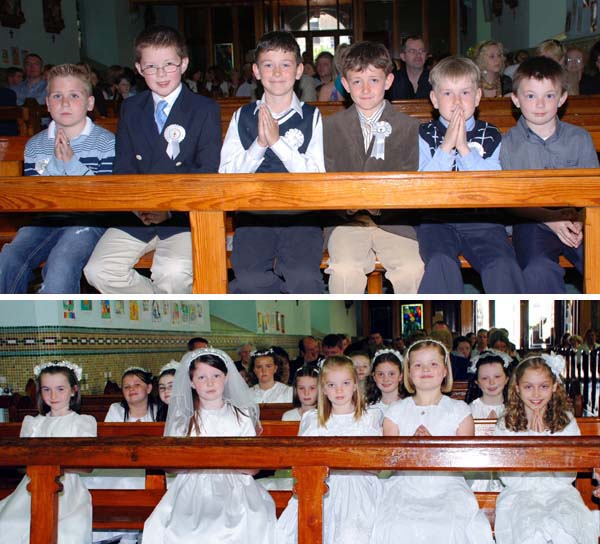 First Holy Communion Day was celebrated in Borrisoleigh on Sunday May 25th 2008.  Eighteen pupils from our three primary schools, St. Theresa’s N.S., St. Patrick’s N.S. and Scoil Bhríde, Fantane celebrated their First Holy Communion on the day. Fr. Liam Everard PP was the main celebrant at the Mass during which he complimented all concerned for their efforts in preparing the young boys and girls for this important day in their lives. He especially thanked teachers Mrs Mary Delaney, Mrs Mary Butler and Ms Deirdre Harrison for their invaluable work and example with the children throughout the year. 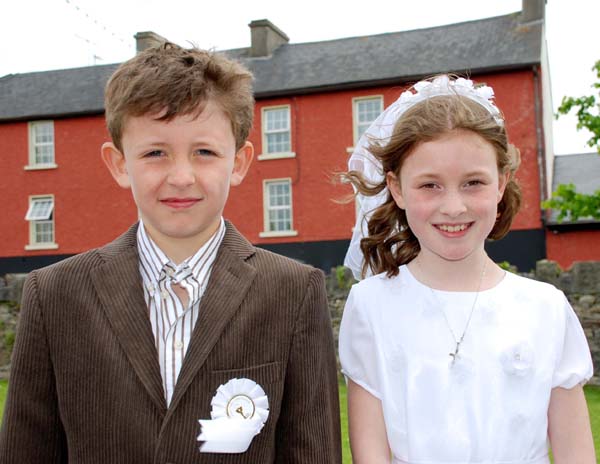 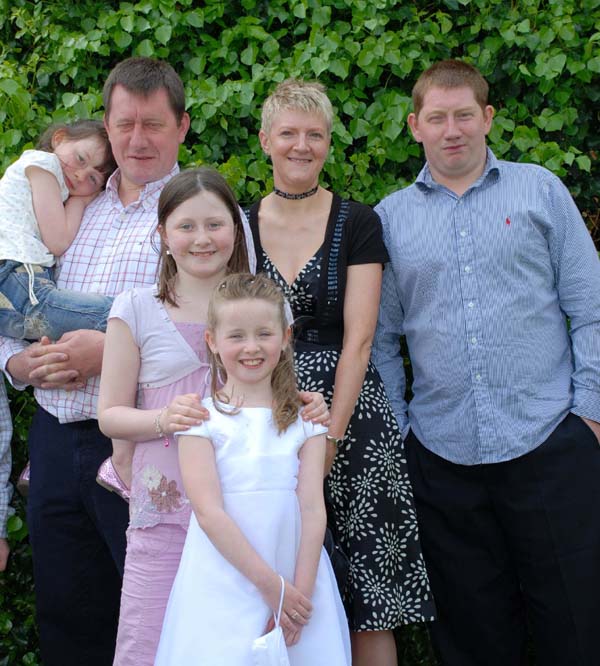 Christine Ryan with members of her family

New kid on the block! 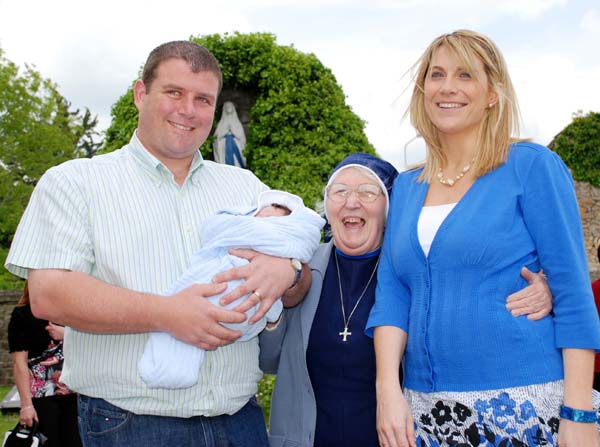 Proud parents Mark and Christine Rabbitte of Knockanure with their little bundle of joy baby David at the First Holy Communion Mass on Sunday May 25th.

Christine is involved with our website committee. We congratulate them both on the birth of their son and wish them a lifetime of happiness together. Also in the photo is Mark’s aunt, Sr. Breda who is obviously delighted at the new arrival into the family.

On Thursday evening last May 22nd, Fr.Liam Everard PP presided over the graduation Mass for the Leaving Certificate class of 2008 in the Sacred Heart Church, Borrisoleigh. Over 70 students attended the ceremony with their parents and family members. Fr. Everard spoke about “new beginnings”, thanked the principal and staff of St. Joseph’s College and prayed for the upcoming exams. The students actively participated in the Mass, which was beautifully enhanced by the school choir, who sang throughout. The ceremony was brought to a close with a beautiful rendition of Whitney Houston’s “One Moment in Time”. 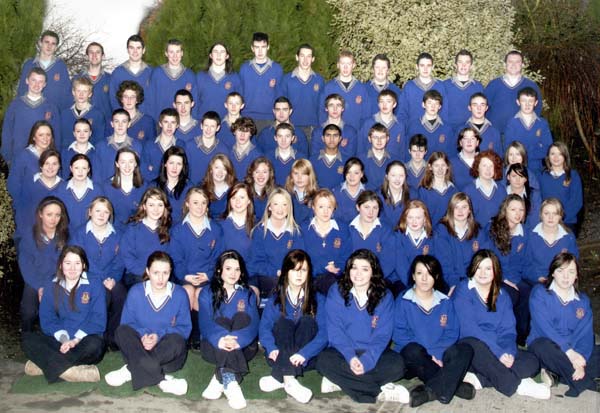 County Board U8 Hurling Blitz

Thanks to all who helped out in hosting this hurling blitz last Saturday 24th May 2008 in the Town Park. A great display of hurling skills was demonstrated by all the young players from Borris-Ileigh, Toomevara, Kilruane McDonaghs and Roscrea. Borris-Ileigh has two teams representing the club in this hurling initiative which is all about having young children participating in matches and has been ongoing for the last three weeks. 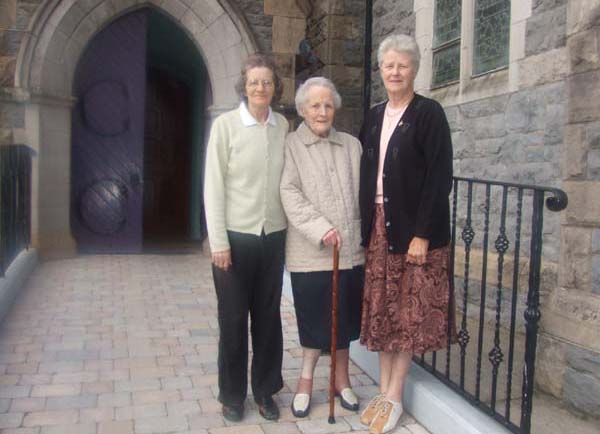 Kathleen Ryan of Mountkinane, Mary Ryan of Main Street and Brigid Prior of Nenagh Road emerge from The Sacred Heart Church after 8:30 morning Mass recently.

Eyes on the ball boys! 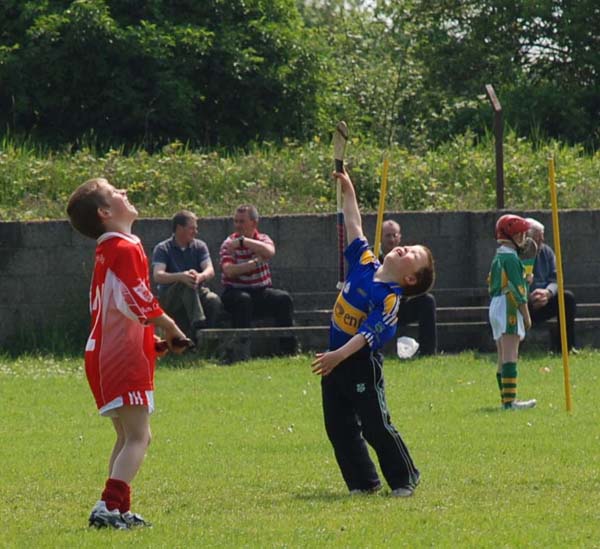 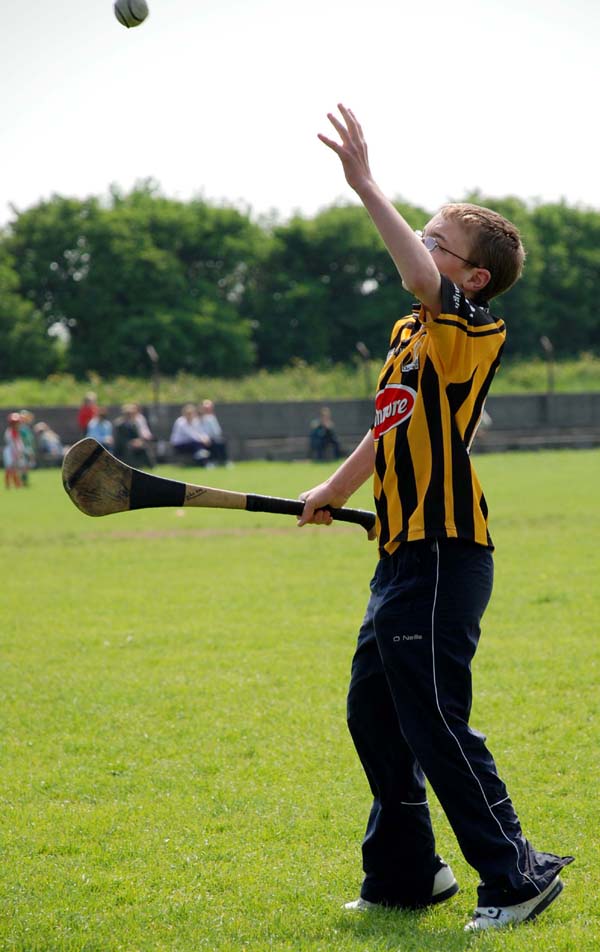 John Fitzgerald demonstrates his ball-catching abilities at the Town Park. And just for the record – he did catch it!

Conference on Clustering of Parishes 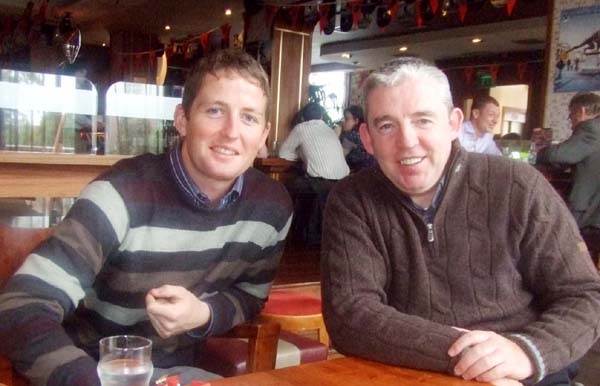 The Mary Immaculate Teacher Training College in Limerick hosted a conference on clustering of parishes on Thursday and Friday of last week (May 22nd & 23rd). The purpose of the conference was to explore the dynamics of working parishes into the future. In many dioceses around Ireland there is already the practice of priests being shared between parishes as the number of priests continues to decline. This conference addressed some of the practical ways in which neighbouring parishes can begin to share resources and personnel so that the pastoral and sacramental needs of parishioners can continue to be met. Both Mary Kenny and Vincent Stapleton (members of our parish renewal group) accompanied Frs Liam Everard and Michael Barry to the conference. They all found it to be both insightful and beneficial. The issues raised were then discussed at our parish renewal group meeting which was held in the Boy’s N.S. on Monday night last (May 26th). 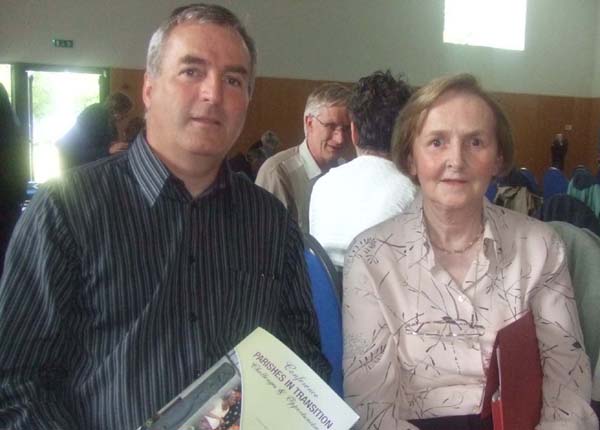 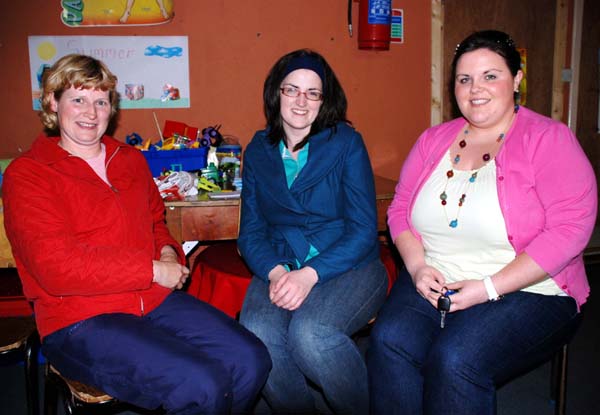 Teresa Ryan of Castlecourt (on left) is running in the Women’s Mini Marathon on Monday June 2nd (Bank Holiday) in aid of the Borrisoleigh Defibrillator Programme. Sponsorship cards are in the local shops. Your support would be greatly appreciated. Also in photo are Teresa Kennedy and Annemarie Kavanagh of the Clodagh Macra Club. They are also participating in a 500 metre bale push from the church to the park on Sunday 6th July. 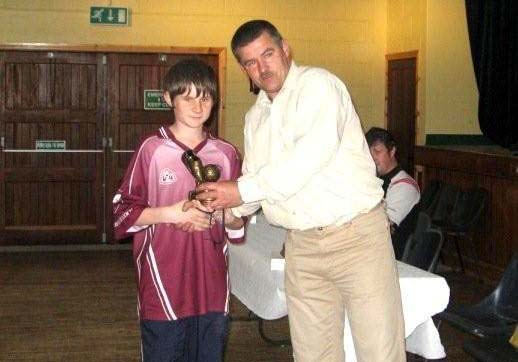 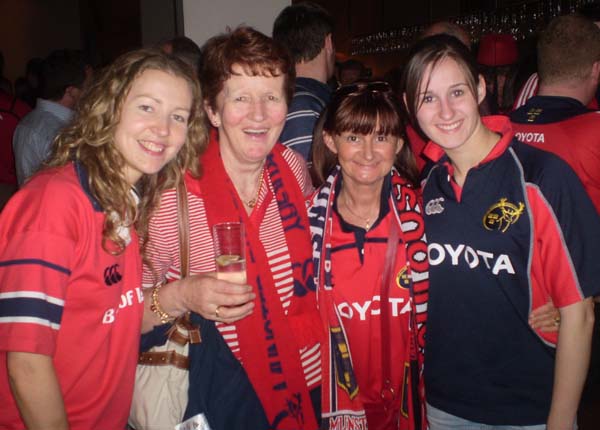 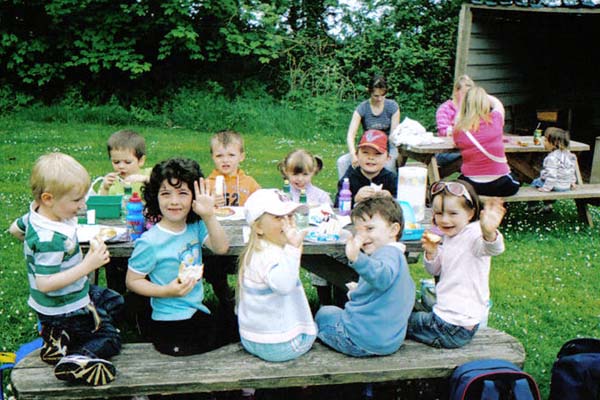 Next draw: Thursday 29th May, in Clodagh Bar 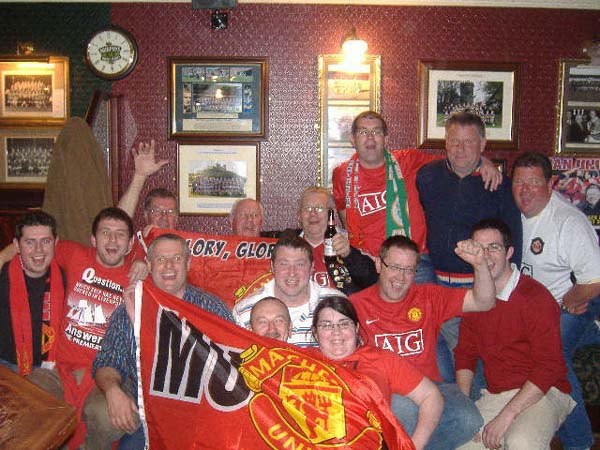 Are we there yet?
Martin and Mary Loughnane of Chapel Street