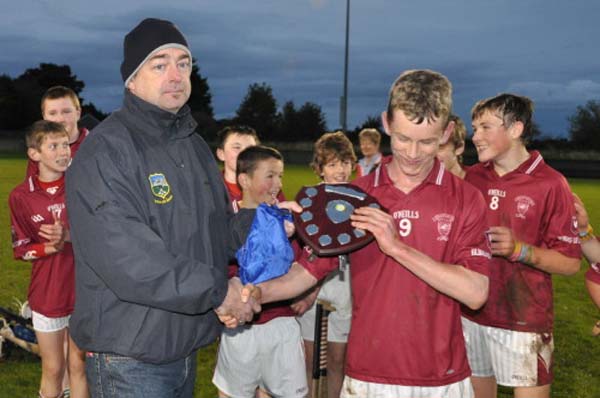 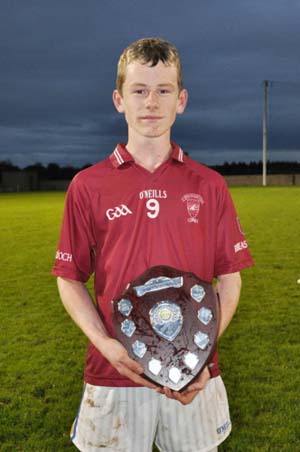 David after being presented with the trophy 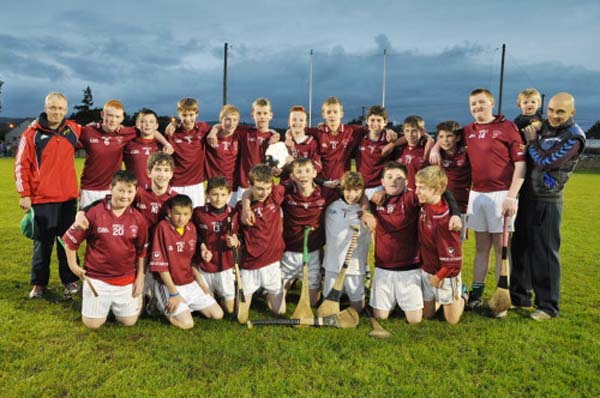 The U14 team who took part in the Plate Final 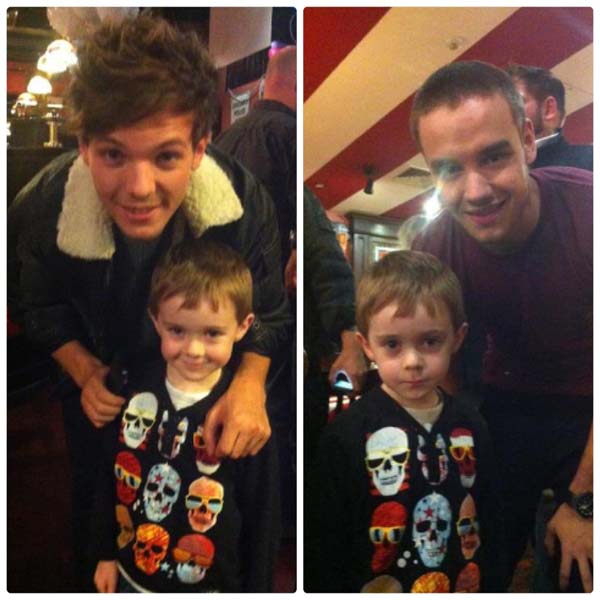 St Josephs College, Borrisoleigh took part in the First Year A Hurling Blitz on Tuesday last in Nenagh. They played a series of matches against Colaiste Phobail, Roscrea, Thurles CBS, Nenagh CBS and Our Lady’s Templemore. The day proved very successful for St Joseph’s with wins over the big three, Thurles, Templemore and Nenagh. Only for a lapse of concentration against Coláiste Phobail in their opening match, the Borrisoleigh Boys could have made it 4 from 4.
St Josephs College, like Rory McIlroy at the Ryder Cup, made it to Nenagh just in time, and started their opener against Coláiste Phobail. St Joseph’s started the brighter of the two teams with two pointed free from Billy Seymour after Seamus O Farrell was fouled. Coláiste Phobail got back in the game with two quick points but Cathail Ryan responded with a lovely goal from the edge of the square after being set up by Jamie Corcoran. St Josephs College led by 1-2 to 0-2 at half time. The second half proved just as much a battle as the first but late goals for Colaiste Phobal sealed the victory for them by 2 points.
St Josephs College had a break to their next match against Thurles CBS. Thurles got a quick goal but St Josephs College settled down, with Nicky Cooney playing well and Billy Seymour excellent on the frees. Robert Delaney was excellent in goals showing his shot stopping abilities and excellent puckouts. Billy Seymour was running riot at centre forward and set up Aaron Rabbitte for a lovely goal. In the second half, St Josephs College players went for points with Tim McCutcheon, Billy Seymour, Aaron Rabbitte and Michael Lavery getting on the scoresheet. Thurles CBS piled on the pressure and were awarded a penalty only for Billy Seymour to save the strike from Conor Bowes. Billy Seymour scored a goal and this proved to be St Joseph’s last score of the match with the Borris boys notching up a very impressive win.
Like the Thurles match, Borrisoleigh were slow off the mark and allowed Our Ladys, Templemore to get three quick points. St Joseph’s half forward line began to assert themselves, with Aaron Rabbitte, Billy Seymour and Michael Lavery winning their individual battles and this resulted in points. Matthew Ryan was solid at centre back and the midfield pairing of Tim McCutcheon and Jamie Corcoran were performing well. Nicky Cooney played well at full back but was a passenger for most of the match. With the Borris Boys playing well further out the field, St Josephs notched up a great win, winning 1-11 to 0-3 points.
The final match of the day was against the home team but in this match Borris defence was never better as they kept Nenagh to a single point. St Josephs kept their composure throughout with Matthew Ryan marshalling the defence well. Points begin to flow with scores coming from Matthew, Jamie, Tim, Billy, Aaron and Michael. This turned out to be an excellent performance from St Josephs College, Borrisoleigh and shows that the schools hurling future is in safe hands.
Well done to the coaches, Mr Cathal O Shea and Mr Timmy Delaney

Our under 12’s had their 3rd round of the championship away against Arravale Rovers at 12 noon on Saturday the 13th October. The girls had a very comprehensive win over Arravale Rovers. Well done to the girls and their mentors.
The under 12’s have their next match on Saturday the 20th October 2012 at 12 noon could all players please be in the park at 11.30 for warm ups.
Training Times: Thursday under 12’s at 6p.m., Juniors Friday at 7p.m.
The Junior’s have a challenge match against intermediate team Eire Og Annacarthy on Sunday 21st October at 4 p.m. in Annacarthy.
Tipperary Camogie Academy is holding a training camp on October 26th to 28th in Templederry. The times are Friday 7pm to 9.30 pm, Saturday 10 am to 1 pm and Sunday 10am to 1 pm. All 12 & 13 year old players may attend, however places are limited to 50. So please contact Pat before 21st October at 087 9180830 to secure a place.
Camogie club merchandise now available Hoodies, tracksuits, t-shirts, jerseys and raincoats available. See Advertising Section of www.borrisoleigh.ie for pictures. If interested please contact Caroline at 086 1522716. You can also follow us on Facebook. 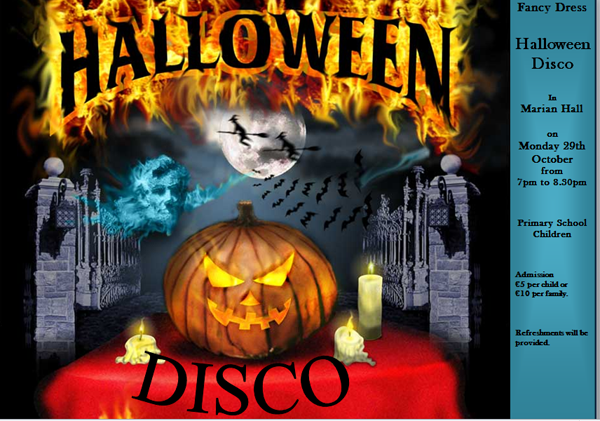 St. Theresa’s Parents Association wish to invite all primary school children to their fancy dress Halloween Disco in The Marian Hall on Monday 29th October from 7pm to 8.30pm.

Admission is €5 per child or €10 per family. Refreshments will be provided.

The table quiz in aid of St. Patricks’ Boys’ N.S. that was scheduled to take place in Stapleton’s Bar this Friday evening (Oct. 19th) has been postponed due to the death of the school’s former Principal, Mr. Michael Small R.I.P. Ar dheis Dé go raibh a anam dilís.


Pic of the past… down memory lane 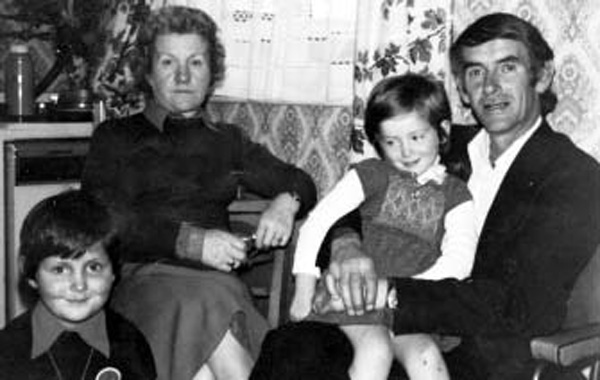