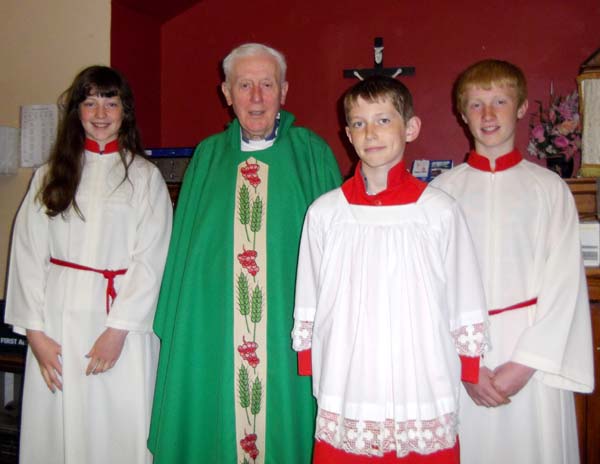 Fr. Denis Kennedy celebrated his Golden Jubilee on the 8th July 2012 – 50 years to the day since he was ordained a priest in the Holy Ghost Order.  He has served in eleven parishes around the globe since his ordination and is currently based in Glasthule in Dublin.  He returned to his home parish and marked this momentous occasion by celebrating mass in the Sacred Heart Church Borrisoleigh, where he said his first mass on the 9th July 1962, with Fr. Everard, Fr. Barry & Fr. Hearne.

Afterwards a reception was hosted for him in the Community Centre and Fr. Kennedy was presented with a beautiful Tipperary Crystal Cross by Fr. Everard on behalf of the Parish. 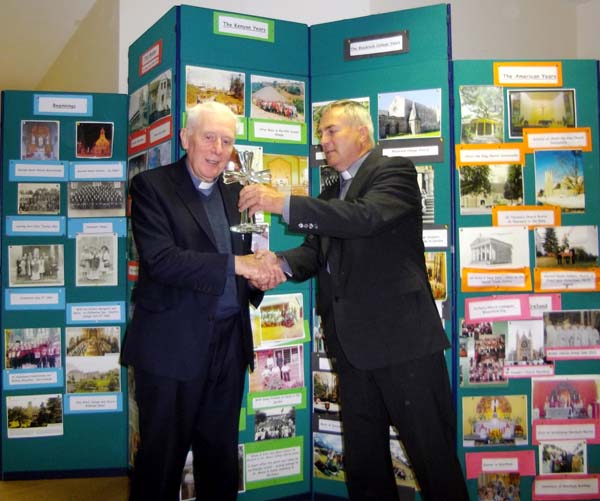 Fr. Denis being presented with a Tipperary Crystal Cross by Fr. Everard on behalf of the Parish 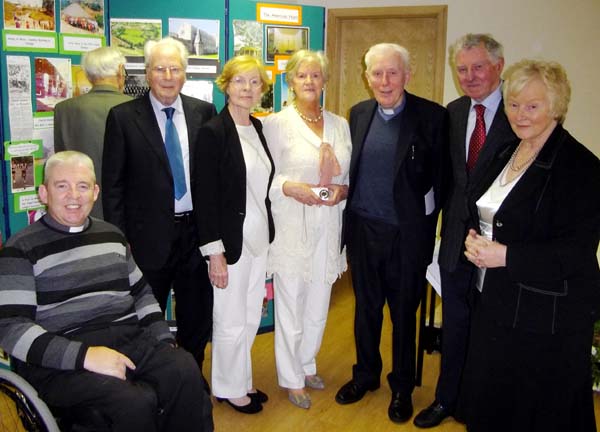 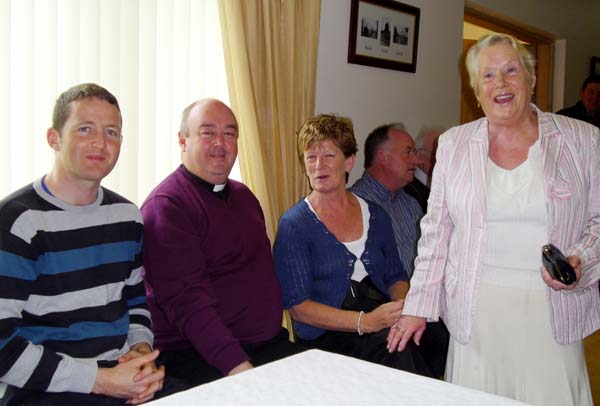 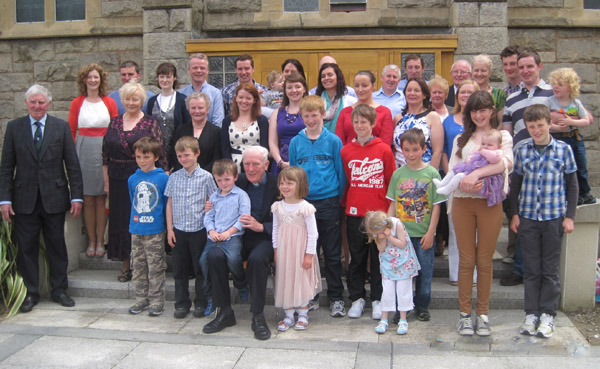 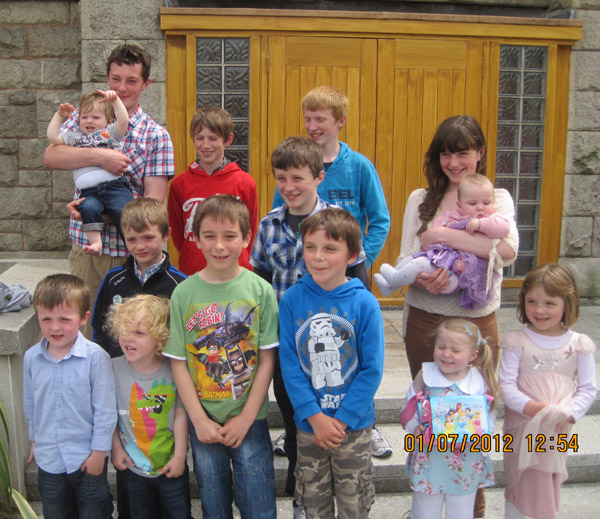 Fr. Denis’ grandnieces and grandnephews enjoying the celebrations in Glasthule

Senior Hurling:  In the North semi-final last Tuesday we were defeated by Toomevara in extra time by one point.  This was a fantastic game of hurling.  We led for most of the match only for Toome to draw level with a few dubious frees near the end.  In the first minute of extra time they scored a rather soft goal and even though we came within a point of them on a few occasions they held out to win.  This was the best game of hurling Borris produced all year and can count themselves unlucky not to win.  In fact they were the better side on the night.   Well done to all concerned.

Minor Hurling:   We play Templederry on Thursday the 12th July at 7pm in Templederry.  Your support would be appreciated

Junior Hurling:   We were down to play Kilruane on Saturday 14th July at 7pm in Toomevara, this match has now been cancelled and will be played at a later date.

Our Senior team has been drawn to play Kilruane or Knockavilla in the next round, date to be fixed.  The best of luck to Brendan and Paddy and the Tipp team in the Munster Final next Sunday.  Go mbeidh an bua agaibh.  Congratulations to the Tipp Minor footballers on winning the Munster Final.

Club merchandise is available every Saturday in the Pavilion between 11am to 1pm or contact 087 9439531.  New merchandise now in stock.  Anyone who has not paid their membership and insurance please do so immediately.

Can you name them? 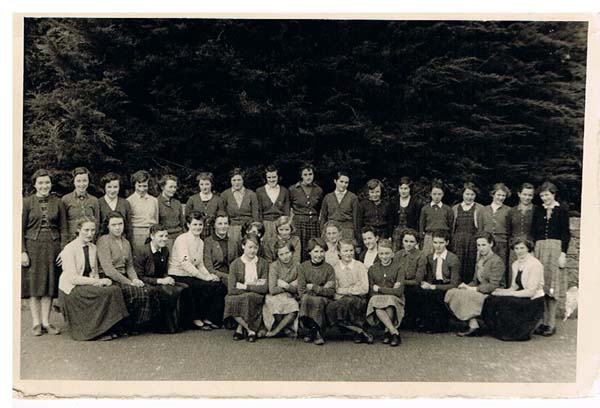 This photo was provided by Margaret Wheatling (nee Ryan), formerly of Coohaun and now living in Canada, who is currently home on holidays.  The photo was taken in the grounds of the old Convent in Borrisoleigh but she is unsure of the year.  If anyone can shed some light on this and indeed name the people in the photo we would like to hear from you.  Margaret also provided this week’s Pic of the Past below, although the date and all the names were on the back of that photo (see below).  Thanks Margaret!

Lots of fun in the Three-Legged Race!

The final days of the school year got off to a great start on Monday, June 25th with our School Sports Day.  Teams made up from a combination of junior and senior boys all gave of their best in a fun-filled day which was enjoyed by everyone.  At the end of the day the maroon team emerged victors which we hope will be an omen of things to come for our parish team.

Tuesday June 26th was another special day at St. Patrick’s when Fr. Everard celebrated our Annual School Mass.  Following the Mass the boys were delighted to welcome past pupil and former All-Star, Philip Maher, who presented our Co. Final Winners in Hurling and Football with their medals.  This is the first time that our school has achieved a Co. Final double and we congratulate all involved in bringing this honour to Borrisoleigh.

On the final day of the school year nine boys received special recognition awards from the National Educational Welfare Board in acknowledgement of their excellent attendance record.  Jack Galvin, Fifth Class was the recipient of a Gold Star Award for full attendance.  Well done boys! 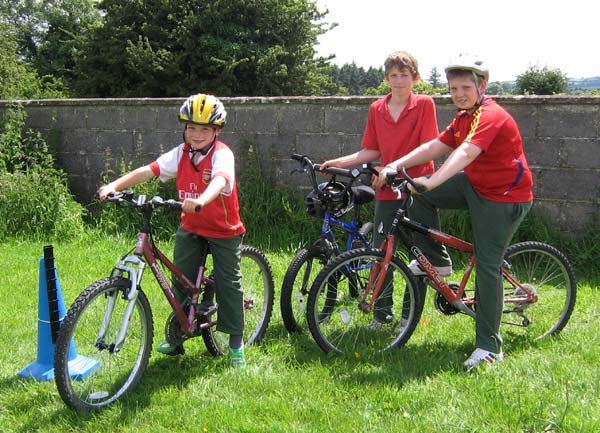 All set for the Slow Bicycle Race 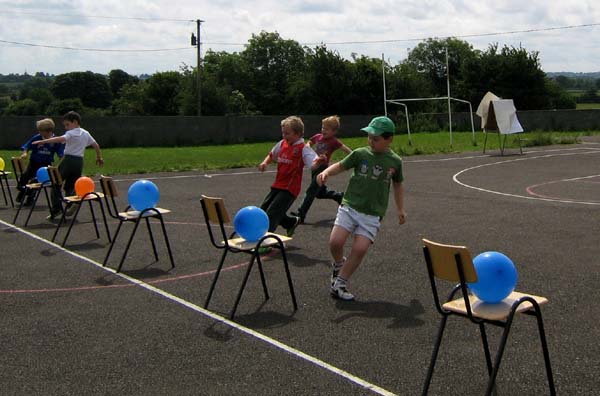 Close competition in the Balloon Race 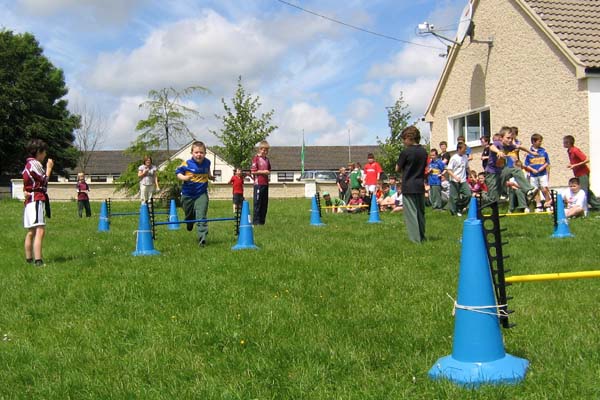 Stars in the making! 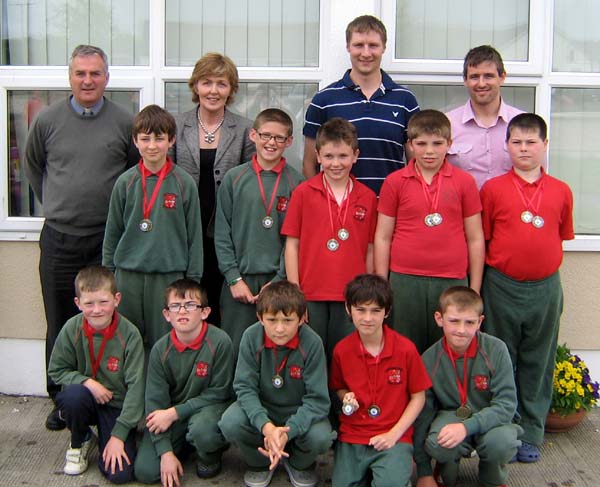 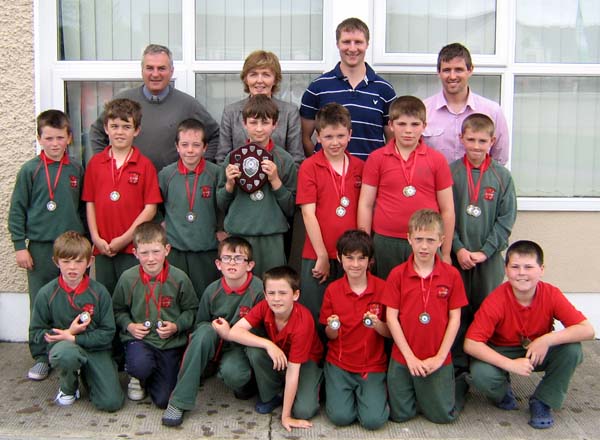 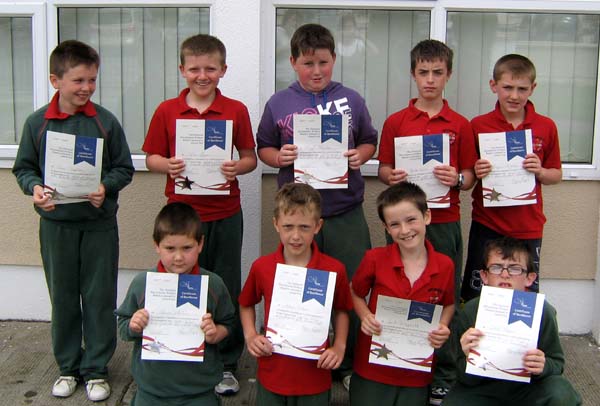 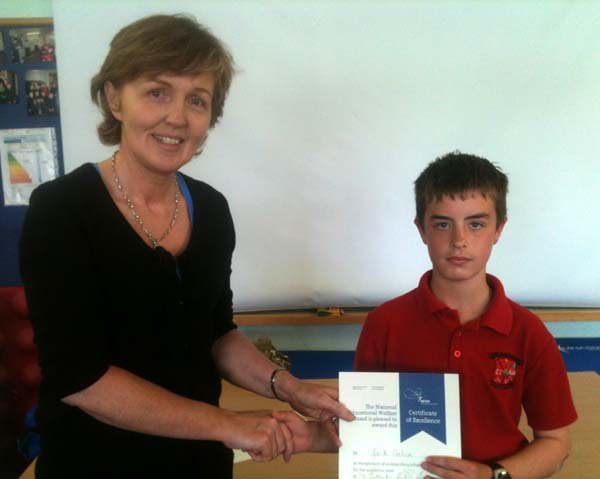 Jack being presented with his Gold Star Award

Our Juniors had a challenge match at home against Burgess on Friday the 6th July.  They narrowly lost by a point.  Both sides were evenly matched throughout the whole game it was a great opportunity for some of our under 16’s who were available on the night.   Score at full time was 1-8 to 2-6.  Scorers for Borrisoleigh were Mary Bradshaw 0-3, Myra Dooley 0-3 and Noirin Stapleton 1-2.  Team will be texted about training and matches.

Our under 16 team match against Roscrea in the Park on Friday the 13th July has been cancelled.

Our under 13 team are through to the quarter final of the league more details to follow when known.
Under 12 training parents/guardians will be texted.
Under 10 training at 6.30 pm in the Park on Tuesday evening.

Our under 8’s had a busy week with a Blitz in Roscrea on Saturday and a challenge against Drom on Wednesday.  The girls did our club proud on both occasions.  We would like to thank Roscrea for inviting us to the Biltz.
The under 6 and 8 training continues on Tuesday evening at 6.30 pm to 7.30 pm, in the Park.  Could all girls bring their helmets, hurleys and shin guards.
Well done to Julie Kelly who has been called up for the Tipperary Intermediate team. 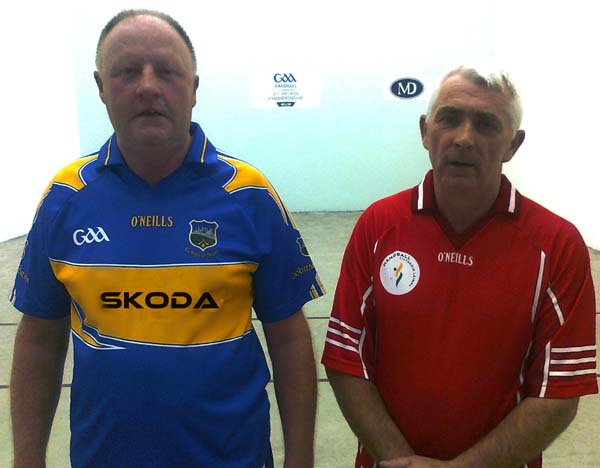 Well done to Martin Ryan, Kilfithmone, in winning the 60X30 Golden Masters Munster Handball Final in Thurles last week.  Martin took the title after many years of persistence by defeating Cork’s Eugene O’Sullivan 21-20, 21-5.  Martin played with Thurles Handball Club for many years before joining Silvermines Handball Club and has represented Tipperary many times in both 40X20 and 60X30 courts.  This win secures an All Ireland semi final spot which will be fixed over the coming weeks.  Well done Martin.
Marian Hall Lotto 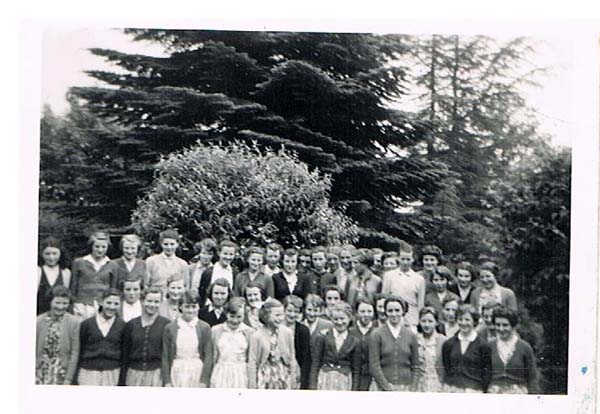 Photo taken on 2 July 1958 in Borrisoleigh Convent by Sr. Rosario.