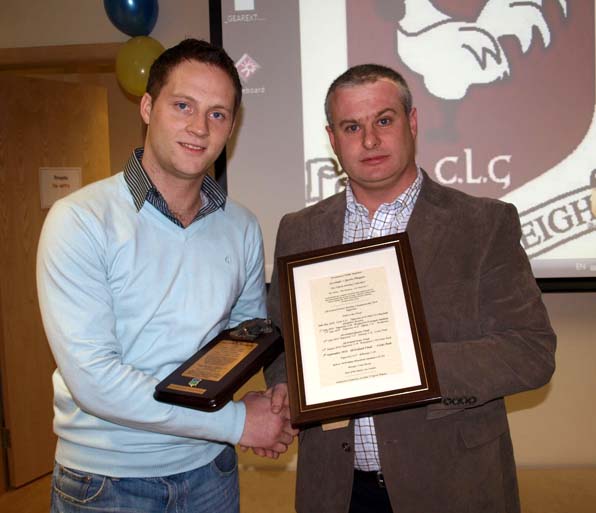 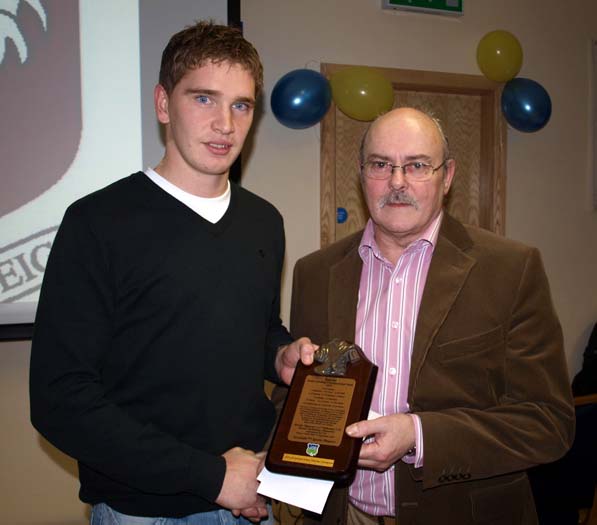 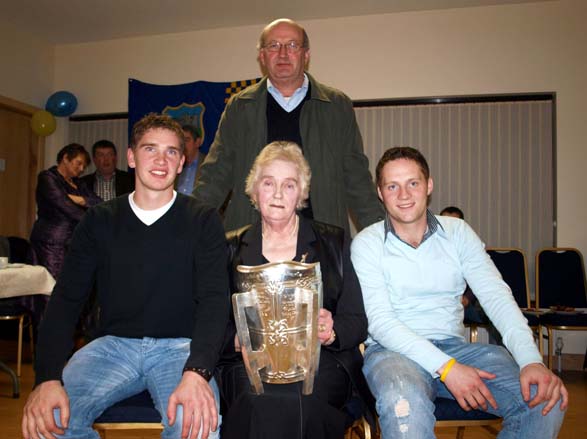 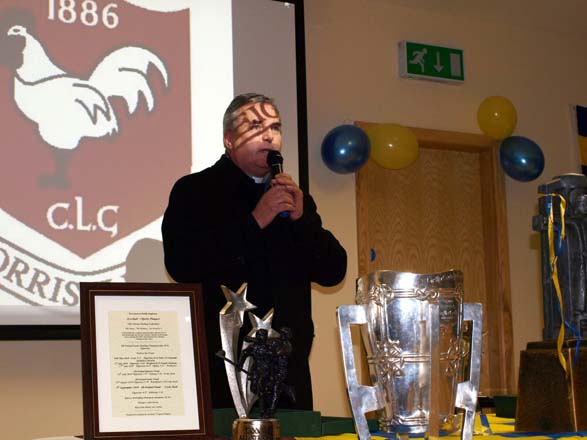 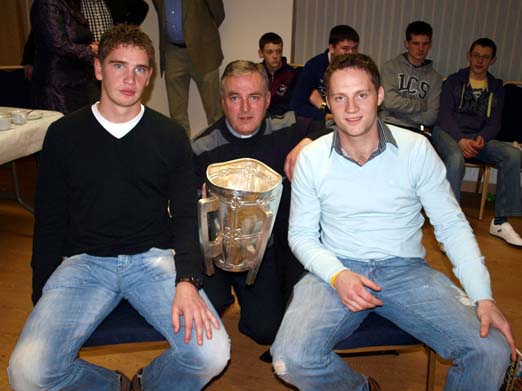 On Saturday 29th January a presentation function was held by Borris-Ileigh GAA Club in the Community Centre to honour Paddy Stapleton and Brendan Maher on their achievements with the Tipperary Senior and Under 21 Hurling teams in 2010.  The Liam McCarthy Cup and the Irish Press Trophy were present for the event and there was a good turnout of people to congratulate the two lads and also get their hands on the trophies!  More photos from the night are available to view in the photo gallery. 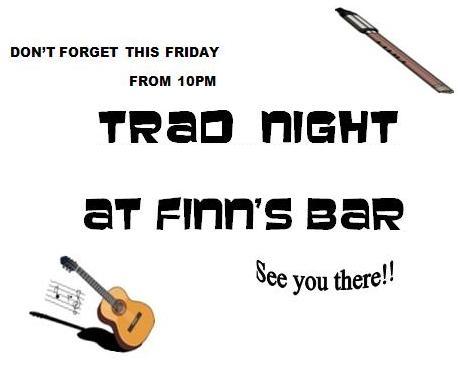 The Juvenile Club AGM took place last Saturday week 22nd January.  Comprehensive reports were presented by secretary P.J. Ryan and treasurer T.J. Ryan and both showed the club to be in a sound position as we look forward to the coming year.  Chairman Michael Carey also addressed the meeting and in summing up the last 12 months paid tribute to all the managers, selectors, officers, committee members, players and parents for their hard work and support throughout the year.  He also thanked all our sponsors and those who supported the club by contributing generously to the juvenile club in 2010.  Michael congratulated all our teams on their success during the year from U6 to U16 and paid special tribute to our U14 hurlers who won North & County titles.  Philip Delaney secretary of the Senior club also spoke and commended the juvenile club for the tremendous work being done and assured the meeting of the continued support from the senior club in the future.

The following officers and managers/selectors were elected at the meeting: 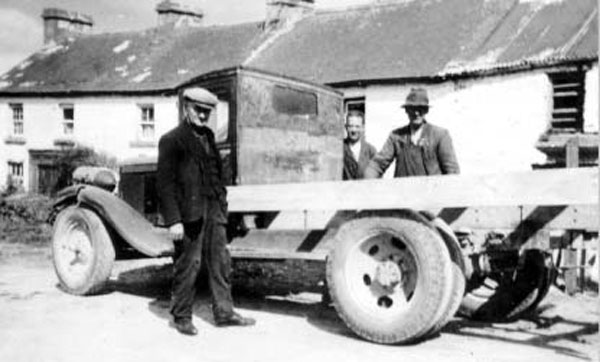