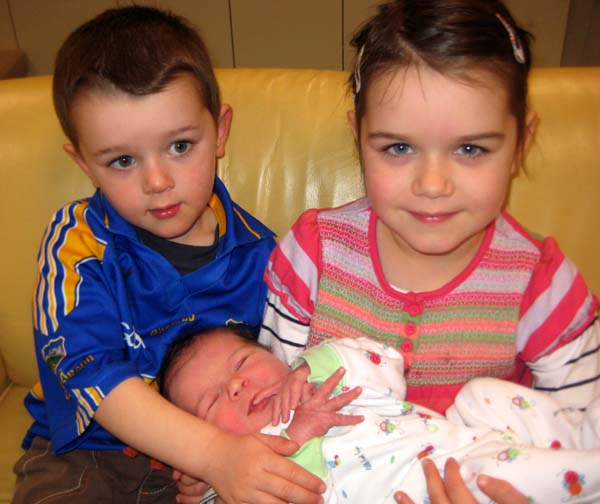 Gil and Kenna Nolan with their new wee sister Neve Nolan who was born in Geelong, Victoria.
Neve arrived on Friday 13th! just after 8 am Glenbreda time, and in true Tipperary fashion she was 8 days late!!
Borris-Ileigh Juvenile GAA Club 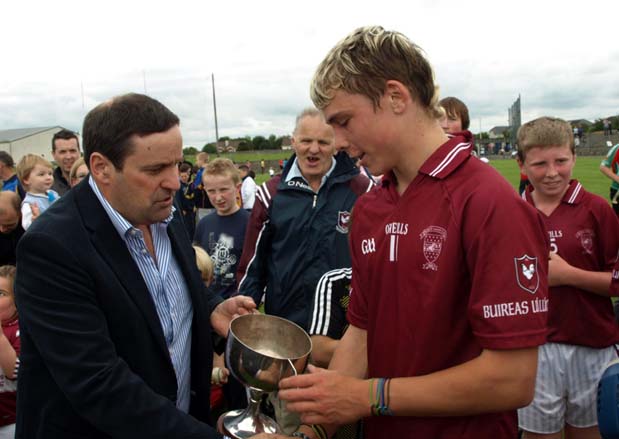 U14 North Hurling Champions: Borris-Ileigh regained the North U14B title for the first time since 2005 following a fine victory by 2-14 to 0-02 over Kildangan in Nenagh last Saturday.  While the scoreline suggests an easy win it was nothing of the sort with Kildangan putting up a strong fight throughout the game.  However, on the day Borris-Ileigh, with solid displays through out the whole team, started to get on top towards the end of the first half.  A goal early in the second half put us in charge and we never looked back from that.  The final whistle was greeted with great celebrations from players and the large crowd of Borris-Ileigh supporters present.  Mike Flynn chairman of the North Bord na nOg presented the Cup to Captain Sam Devaney on behalf of the Borris-Ileigh Panel.  Well done to all the players on the panel and the mentors who together have put in a huge effort since the middle of February.  We now move on to prepare for our next challenge which is the county semi-final in early September but our opponents are not yet known.

U12 Plate: Our first game is due to take place next Friday.  Opponents, time and venue will be notified to players at training 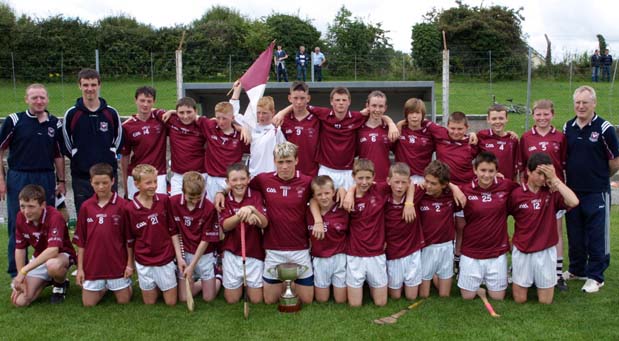 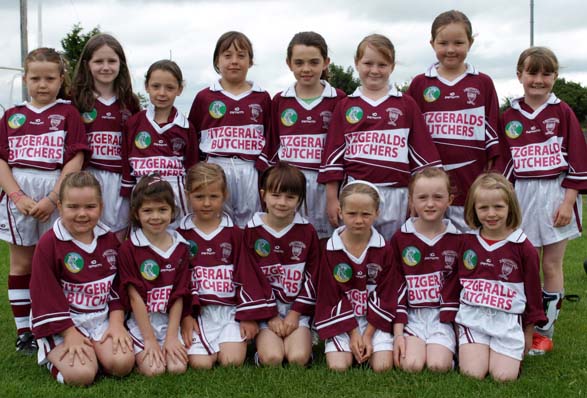 Borrisoleigh U8 Camoige Team
Our Under 8 camogie team took part in a bliz on Saturday last the 14th of August.  A great display of camogie was on show and we certainly have stars for the future which is great to see.  The club would like to thank John Fitzgerald and Colm Healey who kindly sponsored jerseys for the girls, many thanks to you both for your generosity.  A special word of thanks to Christine O Brien and Michelle Stapleton who coach the younger girls and to all who help out.  Many thanks to all the parents who helped out on the day and a great day was had by all.

Our Junior Camogie team got the Championship off to a great start with a great win over Moneygall last Wednesday evening the 11th of August in Borrisoleigh.  The final score was Borrisoleigh 5-8 , Moneygall 1-2.  Well done to all involved.  Our next match takes place this coming Thursday the 19th of August against Newport in Newport at 7.00pm.

The Linda O’ Connor Memorial Tournament takes place this coming Sunday the 22nd of August in Borrisoleigh with the first game starting at 11am.  Your support would be greatly appreciated and a great day of camogie is expected.

The club would also like to wish Julie Delaney a speedy recovery and best wishes from all at the club. 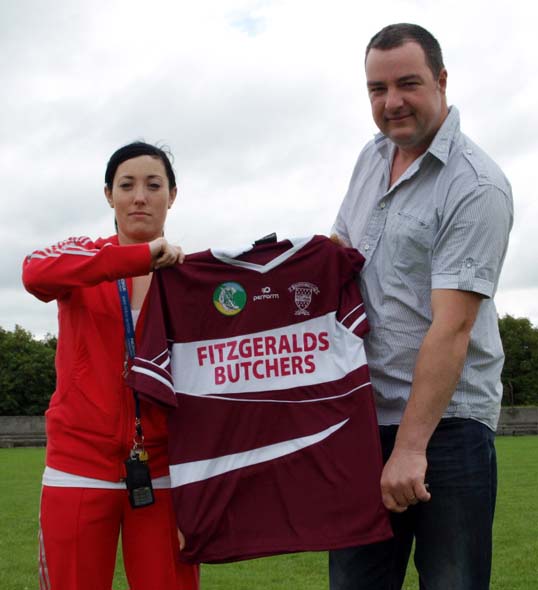 More photos will be available soon in the photo gallery.
VHI Cúl Camp 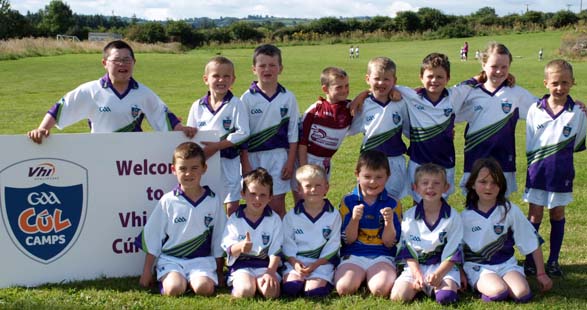 The VHI GAA Cúl Camp recently took place in Borrisoleigh and pictured above are some of the local children that took part.  More photos from the Cúl Camp will be available soon in the photo gallery. 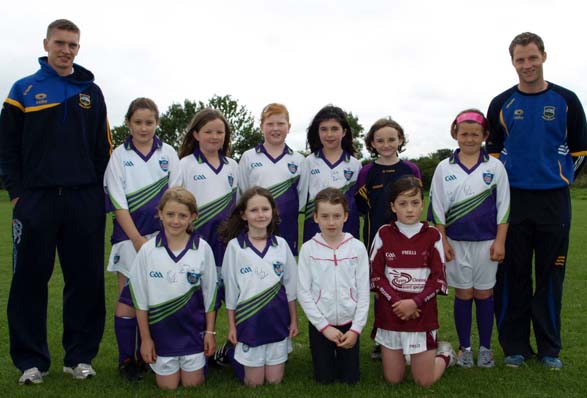 This years cycle in aid of the North Tipperary Hospice In Home Care Movement will take place on Saturday 25th September 2010. The In Home Care Movement was established 20 years ago to support home care service for cancer patients in North Tipperary. It needs approx EUR350,000 per year to maintain its services and the only source of income it has is through fundraising. Due to the generosity of the people of North Tipperary and the dedication of fundraisers the movement has expanded its service over the years to include, Palliative Home Care Teams including Nurses, Carers and Therapists, necessary equipment to support patients in their own home including profiling beds and mattresses and rise and recline chairs. Themovement has also acquired two Cancer Care Centres in the county – Suaimhneas in Nenagh and Suir Haven in Thurles. In each centre a Nurse Professional Manager offers a confidential service to cancer patients and their carers. These centres are fully managed and funded by the Hospice In Home Care Movement. The Movement also has respite centres located in St. Conlon’s Nursing Home Nenagh, Dean Maxwell Home Roscrea and the Hospital of the Assumption Thurles. All of these have two bedded units.

This is once again a very worthy cause and we are delighted to do the cycle on behalf of this group. Sponsorship cards are now available so its time to get the bike in working order again and start training. A few short spins two to three times a week between now and the 25th September should be enough to get you around the traditional 25 mile course.

Following a request from a number of cyclists we are hoping this year to include an additional route totalling 50 miles from Borrisoleigh to Thurles, through Kilkenny and Laois and meeting up again with the regular 25 mile cyclists in Templemore. This will only take place if enough people are interested as we will have to provide on-road support for that group as well. If you are interested in doing 50 miles please contact PJ Delaney 0868175505 as soon as possible. For any other questions or to collect your sponsorship card contact P.J. Delaney or Ruairi O’Connell.

As the preparation and uploading of our weekly Current News can be time consuming, we would appreciate of news items/photos etc could be submitted to info@borrisoleigh.ie by 8pm Tuesday evening in order to guarantee inclusion. 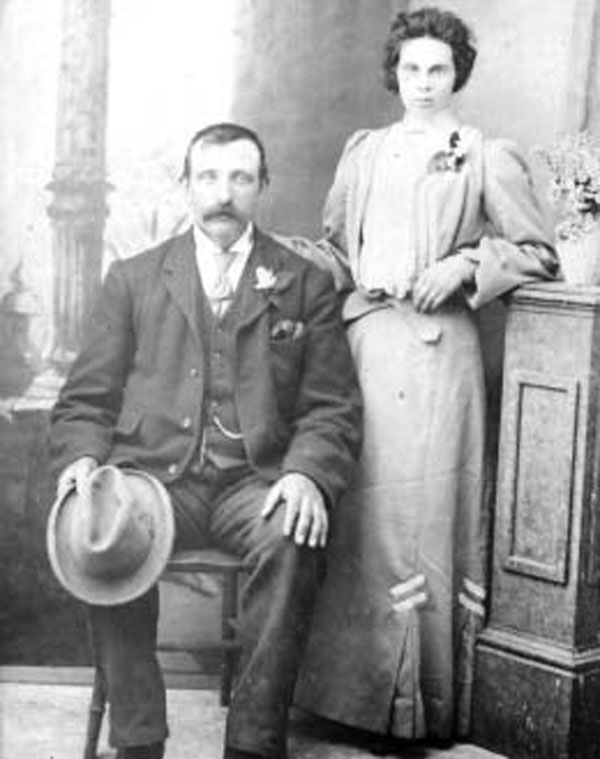 Patrick and Johanna Ryan, Knockdonee on their wedding day in September 1903