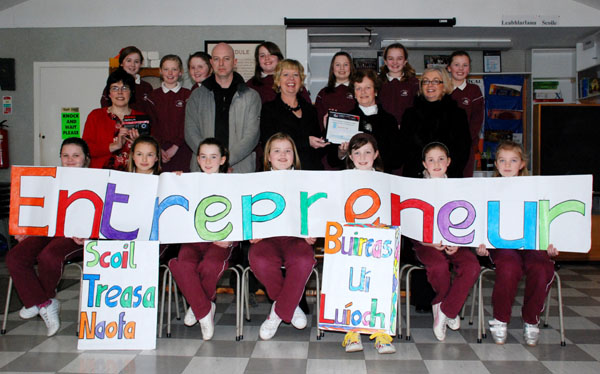 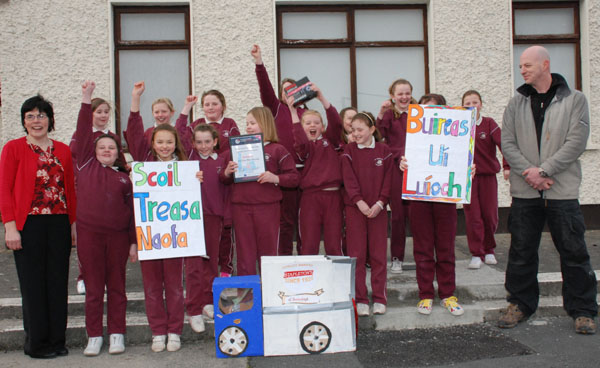 The project was based on Stapletons Bakery, Borrisoleigh. Following a visit to the Bakery in December, a project booklet, powerpoint and video clip were completed.
The project helps to familiarise pupils with business operations and terminology. The children learn to appreciate the benefits that business brings to the local community in terms of jobs etc. 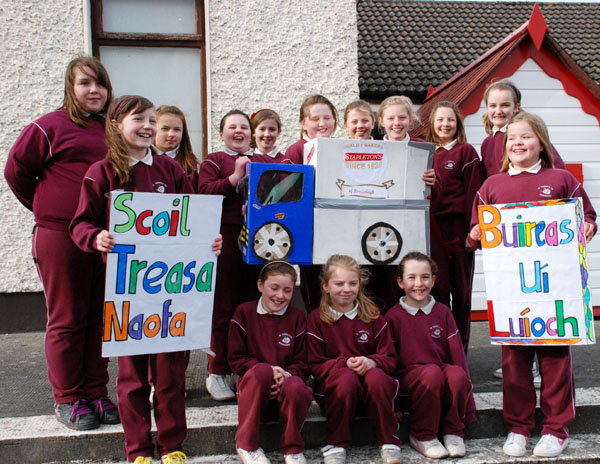 The girls were delighted with the win! 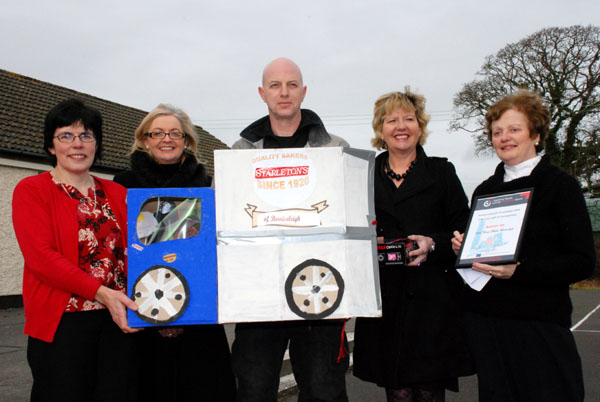 Executives from the County Enterprise Board called to St.Theresa’s on February 1st to present prizes.
Scoil Bhríde Fantane 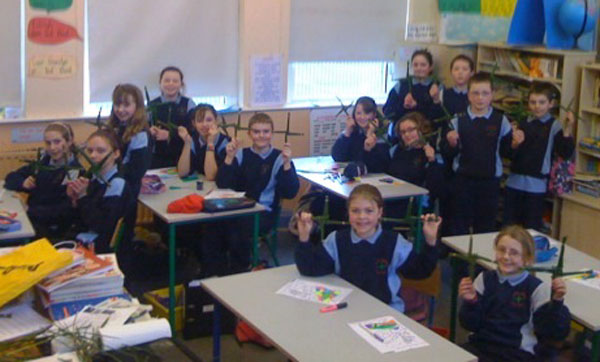 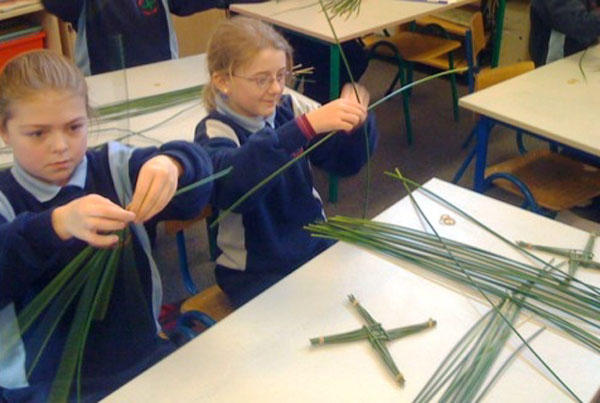 Leanna and Ciara hard at work 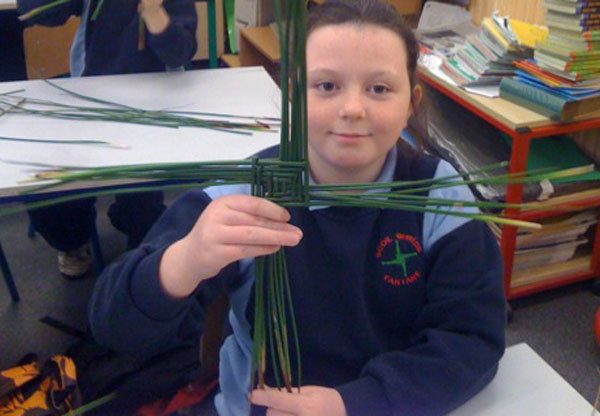 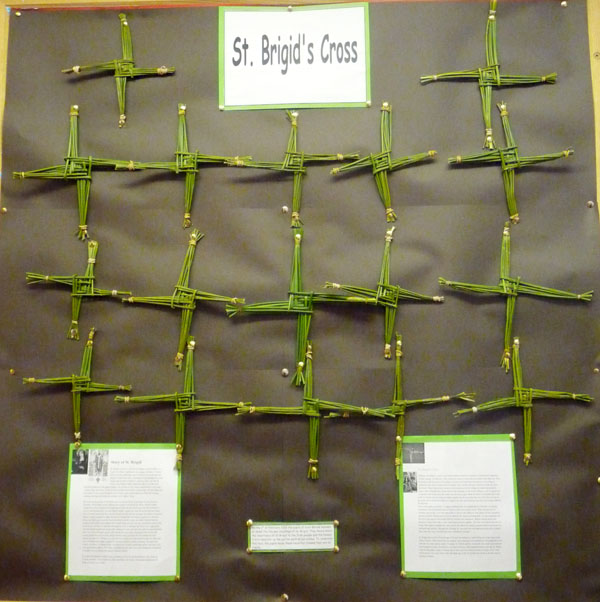 The finished products on display 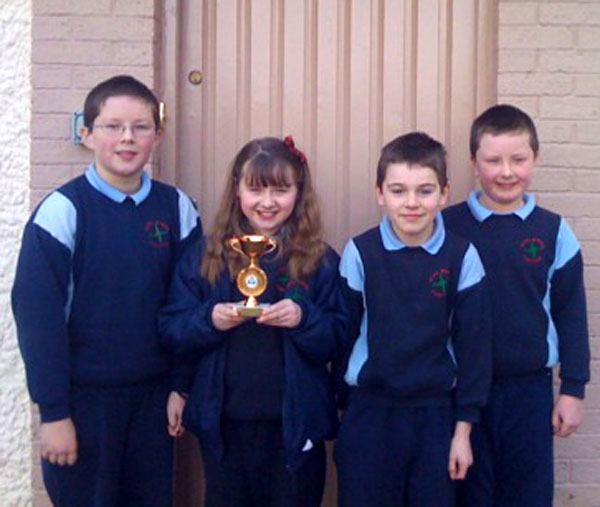 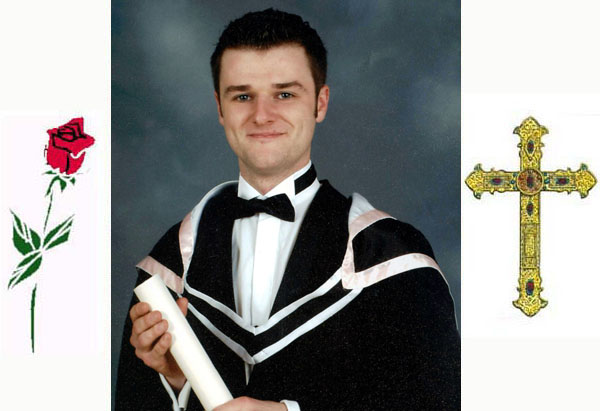 Patrick Ryan (Barrister at Law) Rathcarden / 4 Castlecourt RIP
The death occurred on Thursday last 28th January of Patrick Ryan (Barrister at Law) of Rathcarden / 4 Castlecourt. His Funeral Mass took place in the Sacred Heart Church Borrisoleigh on Sunday 31st January with burial in St. Brigid’s Cemetery. We offer our deepest sympathies to his family and friends. May he rest in peace.

There will be no Youth Club this Friday 5th February as a mark of respect to our friend and former treasurer Teresa following the loss of her son Patrick.

Tipperary played Clare last Tuesday evening in the Waterford Crystal league in the town park. Over three thousand turned out on a bitterly cold night. The defending Champions Clare ran out winners by 2 points. A late Noel McGrath goal wasn’t enough for Tipperary to bridge the gap. Next for Tipperary is a date under the lights in Semple Stadium against All-Ireland champions Kilkenny. 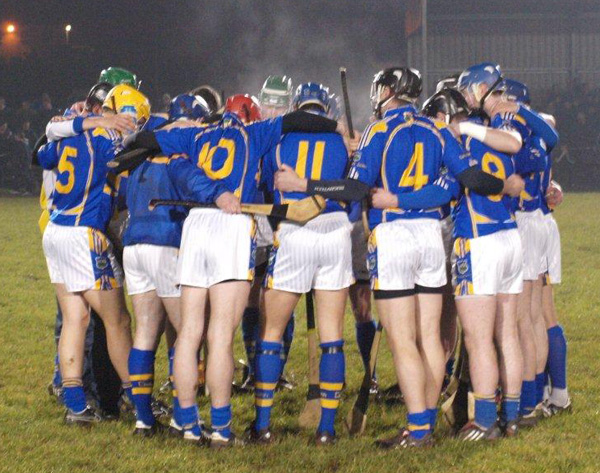 The Tipperary team in a team huddle before the whistle blows.

Our local girl Siobhán looking after the score board. 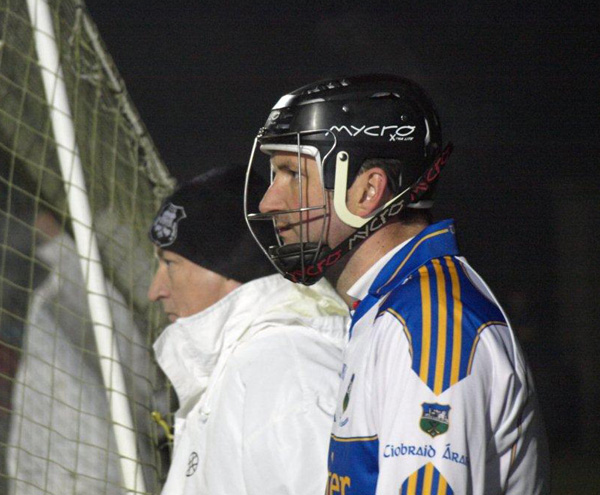 Brendan Cummins eyeing the field. This is his first match donning a helmet – under the new regulations he is required to wear one. 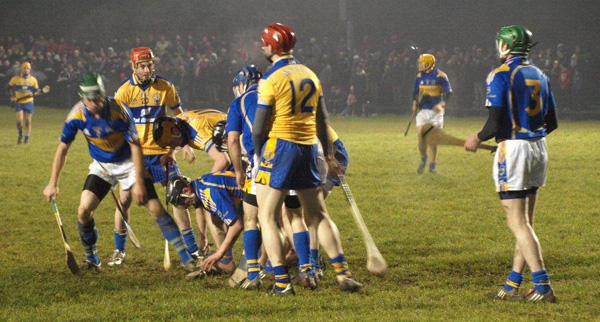 Some of the action from last Tuedays game.
Hail and Hearty at 70! 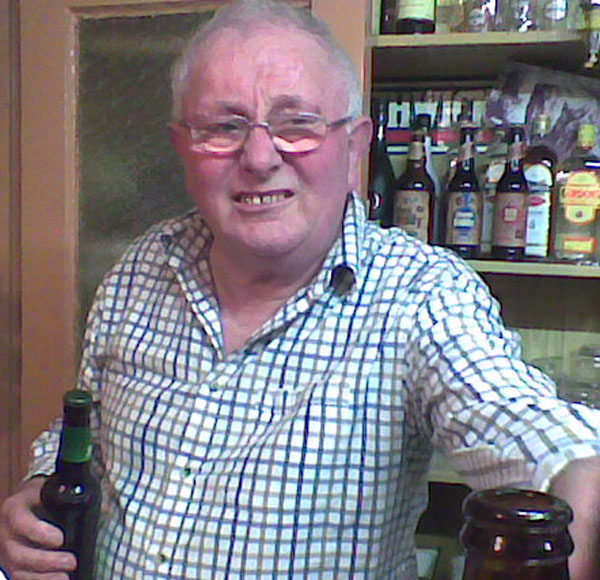 Congratulations to the camogie girls of St. Joseph’s College who won the Munster Junior A camogie final held in Charleville on the 23rd January 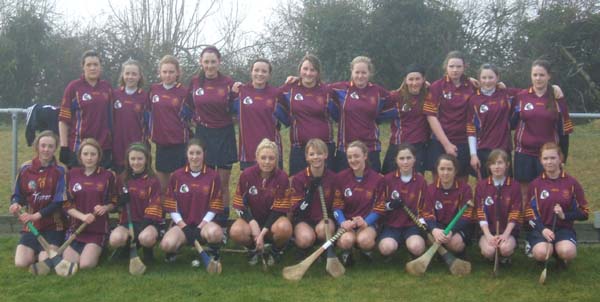 The team before the match

Weather conditions on the day 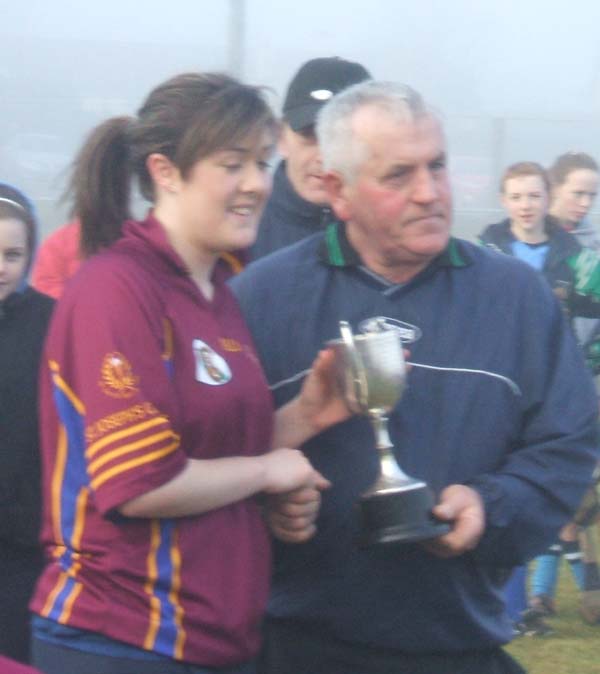 Captain Moira receiving the cup from the referee 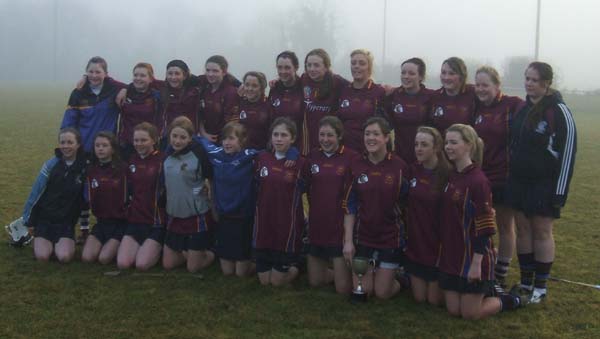 The team pictured with the winning cup 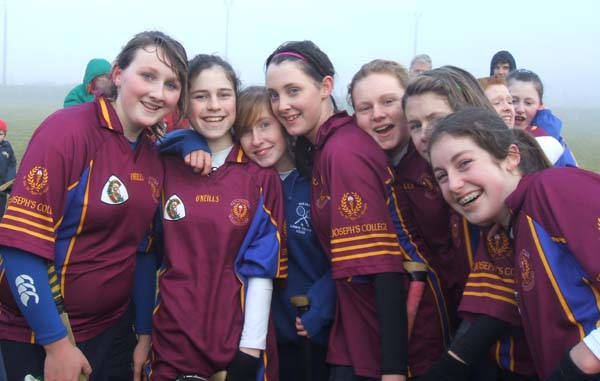 Some of the players celebrating 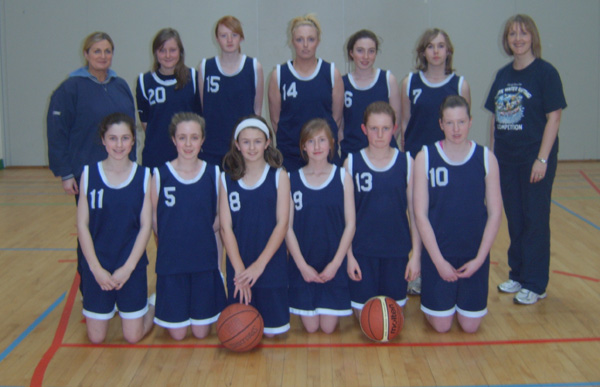 Borrisoleigh 1st and 2nd year girls played their first round of basketball games against Borrisokane CC. The first years had a very tough match losing 12-44. Second years had a great match proving to be the stronger side. The match ended 35-17 to Borrisoleigh.

The juvenile club AGM took place last Saturday week 23rd January and was well attended. Comprehensive reports were presented to the meeting by secretary P.J. Ryan and treasurer T.J. Ryan and both showed the club to be in a sound position as we look forward to the coming year. Outgoing chairman Jimmy Stapleton also addressed the meeting and in summing up his three years at the helm hoped that the Club was as strong as it has been in the past with teams being coached at all ages from 6 years old up to 16 years old. He also wished the incoming chairman Michael Carey well for the coming years. Michael Carey thanked Jimmy for his great work over the last three years and praised the efficient manner in which the club affairs were run during that time. Noel Maher chairman of the Senior club also spoke and commended the juvenile club for the tremendous work being done and assured the meeting of the continued support from the senior club in the future.

Next draw: Thursday 4th February in Stapleton’s (Cross of Pallas) 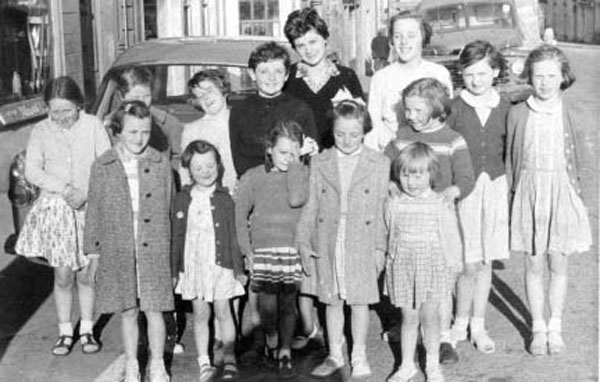