Garden Party at Áras an Uachtaráin 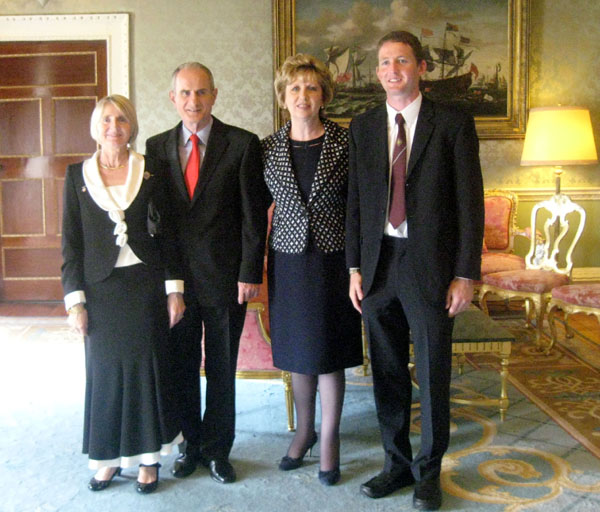 Biddy and Vincent Stapleton pictured with President Mary McAleese and her husband Martin in Áras an Uachtaráin recently on the occasion of a special Garden Party held at the Áras on the 125th annivarsary of the founding of the GAA. 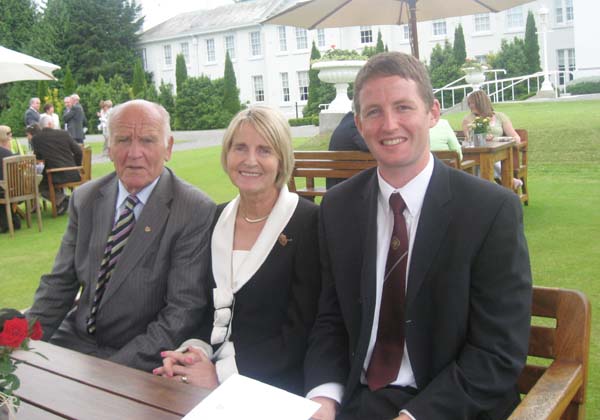 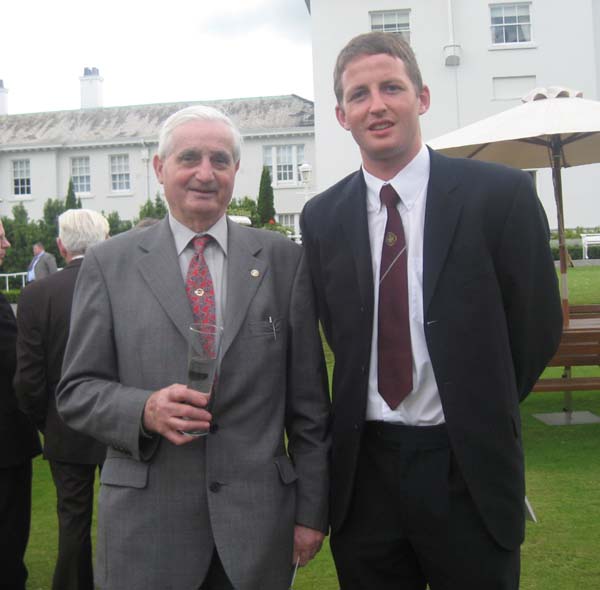 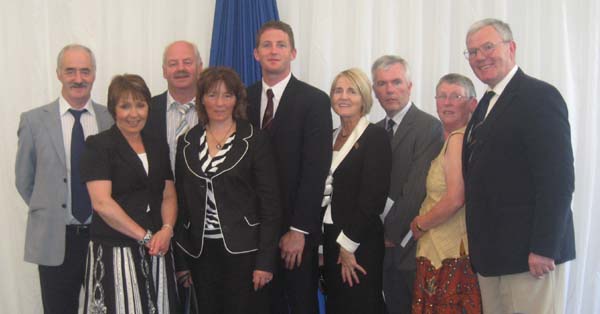 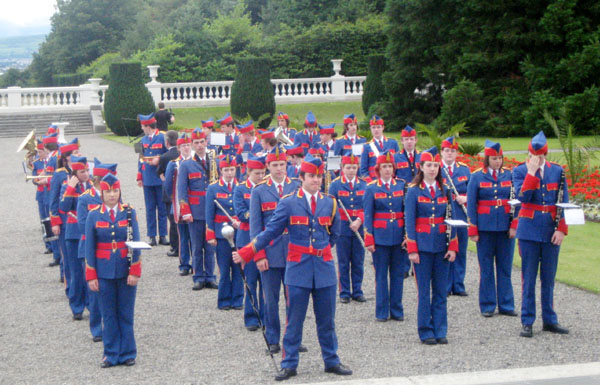 Memebers of The Artane Band at the Áras Garden Party 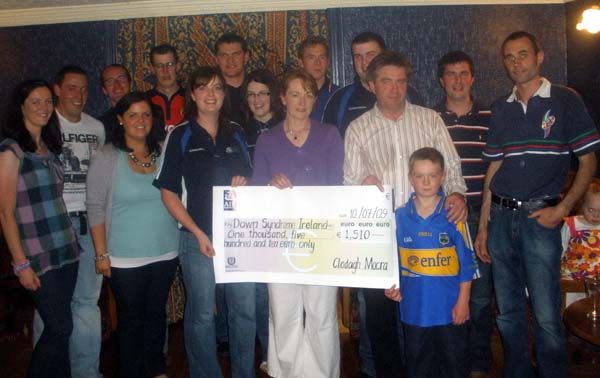 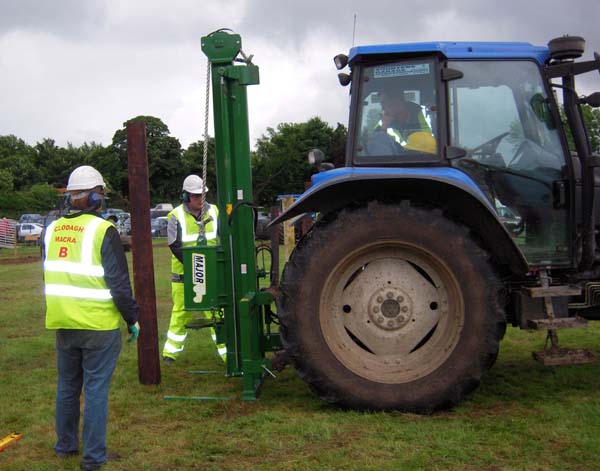 The Clodagh Farm skills team in action – John Ryan, Glenkeen, Matthew Carey, Hollyford and Ger Kennedy, Dolla.
Our Farm skills team were also in action last Sunday week in Dunmanway, Co. Cork. They were vying for a place in the All-Ireland at the Tullamore Show. They faced very tough competition from 11 different clubs from the south of the country and unfortunately very narrowly missed out on one of the three places.
Croke Park debut 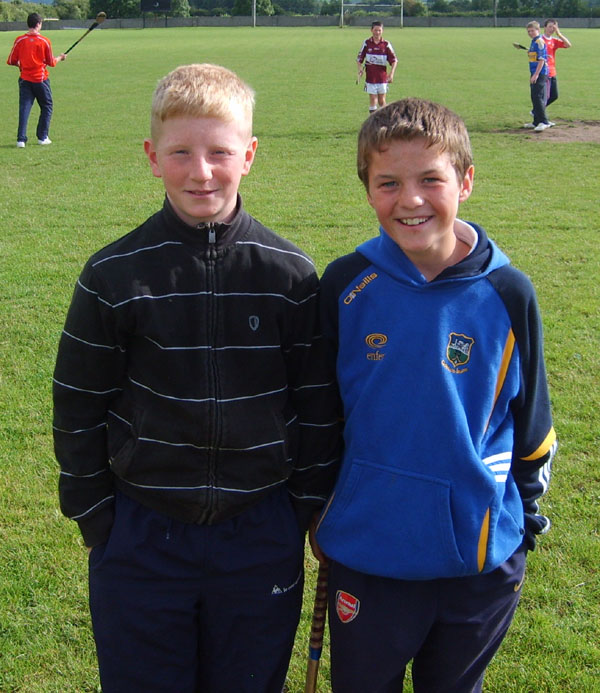 Following the success of St. Patrick’s Boys school team in winning the Tipperary sevens County Final and going onto the Munster competition in Lismore, two players, Jack and  Sean, have been picked to take part in the mini sevens games in Croke Park on All Ireland semi-final day on August 16th. Well done to both lads.
Hurling Summer Camp

This year’s Hurling Camp will be part of the GAA VHI Cul camps and takes place from the 10th to the 14th of August 2009. Please note that the juvenile club is no longer dealing with registrations and late registrations should be made through the county board at Lar na Pairce in Thurles .


A table quiz will take place in The Clodagh Bar on Friday 31st of July in aid of Borrisoleigh soccer club. A table of 4 costs just €20 and your support would be greatly appreciated.  The new season begins shortly and affiliations will be collected in the coming weeks. Pre-season has already commenced with a win over Thurles Celtic and a defeat at the hands of Cloughjordan. 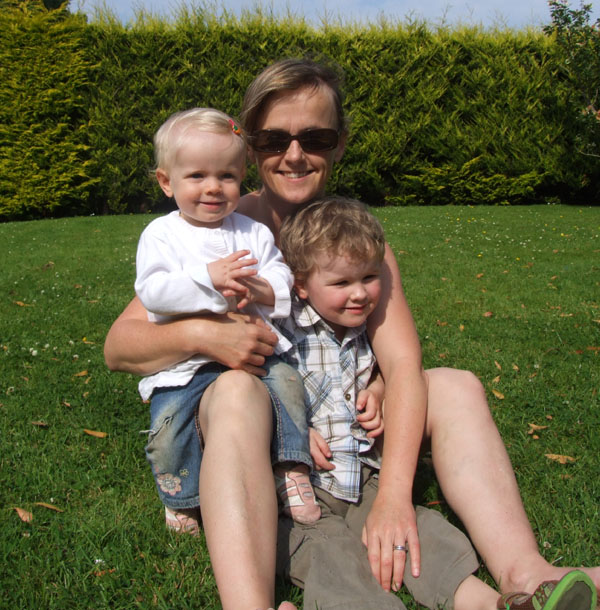 Sheelagh Clement is home on holidays from Auckland with her children Cian and Saoirse, to visit her mum Bridie Shanahan


Brendan and Paddy with Fr. Everard, Staff and future stars
All roads led to St. Patrick’s Boys’ School on Tuesday evening, July 14th where guests of honour, Paddy Stapleton and Brendan Maher arrived to a warm welcome to present medals and jerseys to the school team. Our two local heroes delighted the attendance by bringing along a surprise visitor-the Munster Senior Hurling Cup and were treated to a guard of honour from the boys as they entered the school.

The hall was packed to capacity for a very special celebration evening where the achievements of the school hurling and football teams during the past year were remembered. Fr. Everard, Chairperson of the Board of Management and Mrs. Ryan, School Principal, welcomed the attendance and thanked Brendan and Paddy for taking time out during such a busy week to encourage and acknowledge the young hurlers of the future. Both Paddy and Brendan congratulated the boys on their achievements, spoke about their experiences as juveniles and looked forward to the time when they will hurl side by side with the boys on Borris-Ileigh teams of the future!

A presentation was made to Michael Ryan, Pallas, Team Coach, who has worked diligently with the hurlers and footballers at St. Patrick’s for the past six years. Michael spoke of the importance of sport in young people’s lives and commended the boys for their hard work, teamwork and dedication. A slideshow of special memories of the year with theme music from ‘The Sunday Game’ was enjoyed by all present. As the younger generation enjoyed themselves on the obstacle course, generously sponsored by Joe and Mary Stapleton of Borrisoleigh Bouncing Castles, those less active, enjoyed the delicious array of refreshments provided by the parents. The Gleeson Group also provided a welcome variety of soft drinks for the occasion.

The school would like to sincerely thank all who contributed or helped in any way to make this night so memorable. We are very grateful for the support we receive from our Board of Management, Parents’ Council and the wider community throughout the year. We wish Paddy and Brendan all the best for the remainder of the championship and look forward to welcoming them back to the school with another trophy in the very near future! 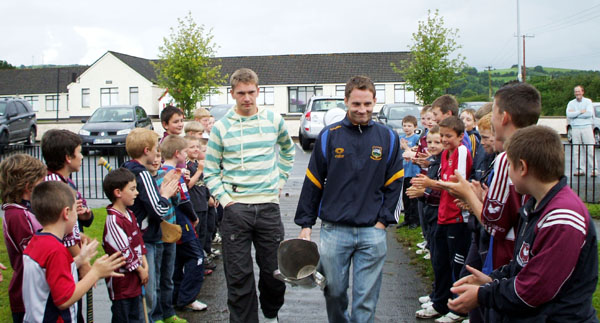 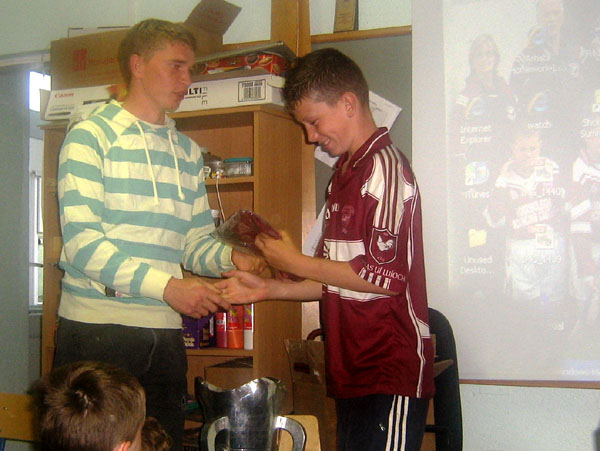 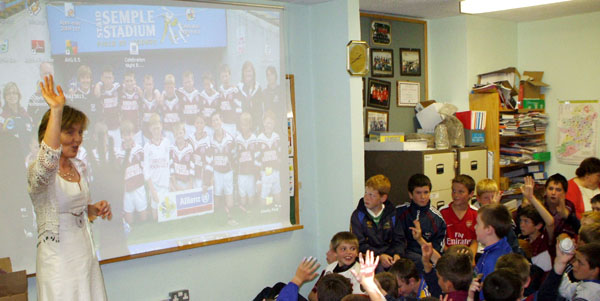 The Principal does her impression of ”the one handed mexican wave’! 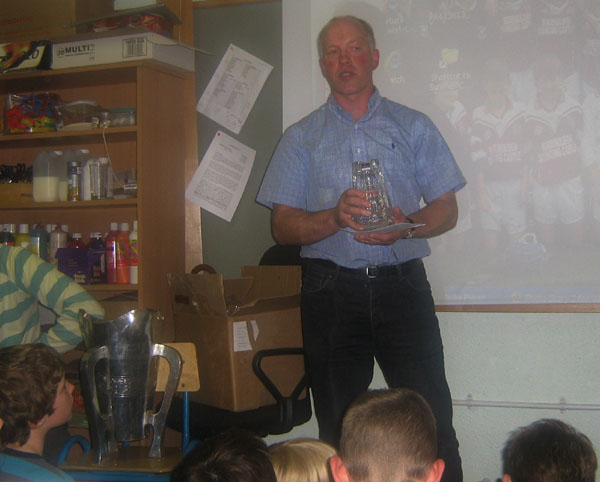 Michael shares his words of wisdom

Twud be too big to be a chalice I think!!! 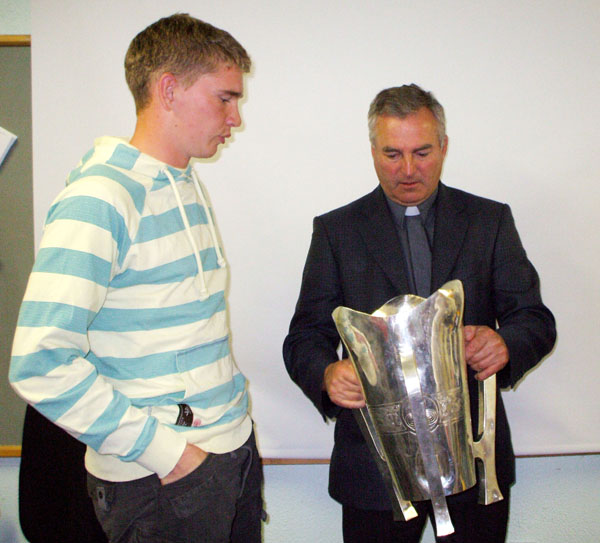 Brendan and Fr. Liam with The Munster Cup 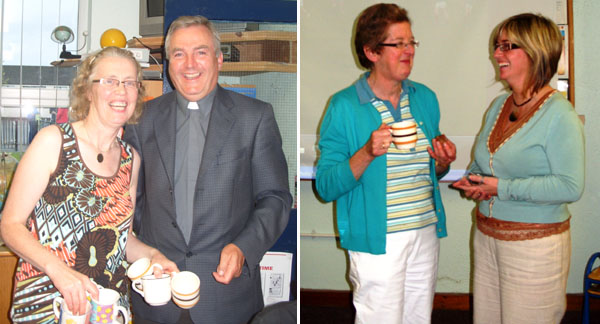 Teresa and Fr. Liam share a joke while the two Mrs Shanahan’s enjoy a cuppa! 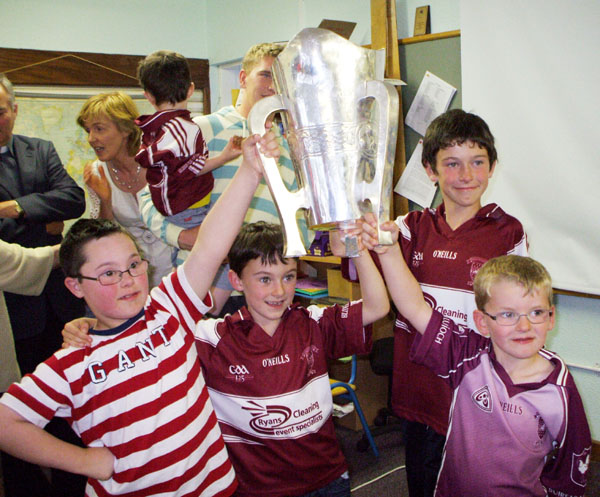 This could be us in a few years time! 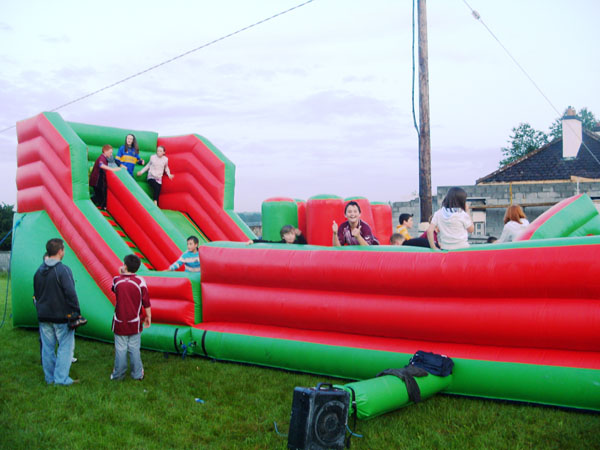 Fun on the obstacle course

Mine’s bigger than yours! 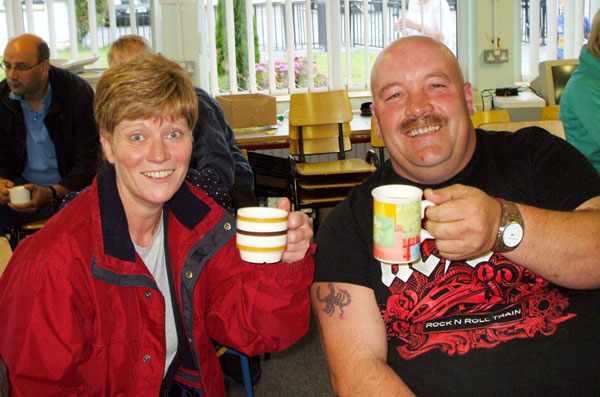 Celia and Joe compare the size of their cups – Joe edges it by a whisker! 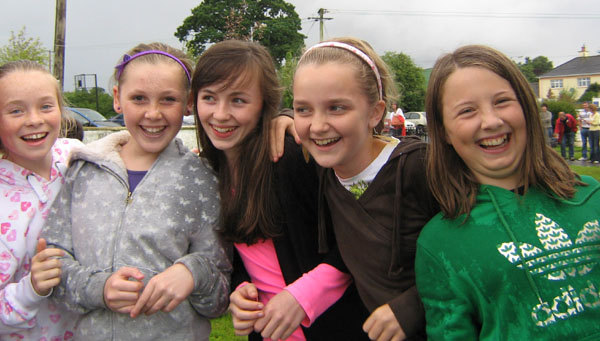 The girls enjoyed the night too!! 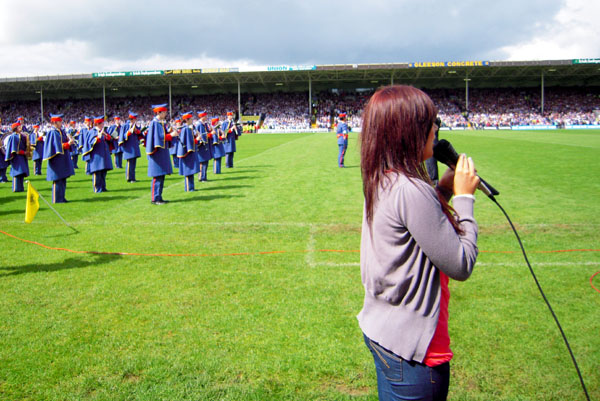 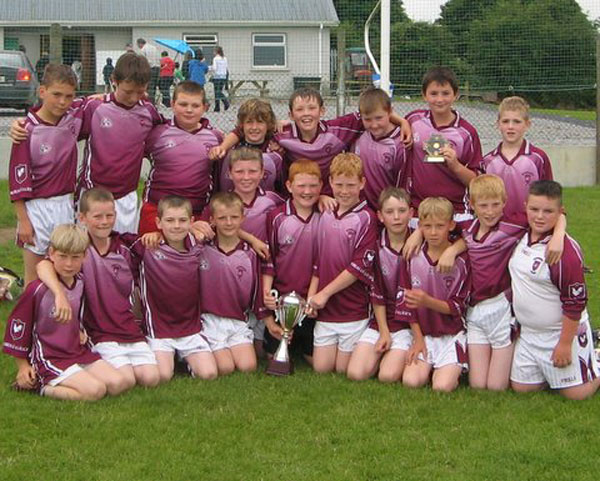 The Borris-Ileigh U12 Hurling Team Winners of the L.J. Drennan Tournament 2009

The U12s took part in the L J Drennan Tournament in Kilcotton Co Laois last Saturday. This was the tenth anniversary of the tounament played in honour of L J. Drennan a young player from Kilcotton who passed away at the age of 11 in 1999. To mark the tenth anniversary all previous tournament winners/finalists were invited back. Borris-Ileigh had won previously in 2007. In the 3 group games, we had wins over Colt and Camross from Laois and Ballyragget from Kilkenny and qualified for the final against Ballyfinn from Laois who had topped the other group. In what proved to be a classic final both teams gave their all and the lead changed hands throughout with the teams finishing level on 2-2 each to send the final into extra time. Ten minutes of extra time barely separated the teams and Borris-Ileigh who were behind by a point equalised in the last minute to push the game into a further ten minutes of extra time.

At this stage both teams were almost out on their feet and had a number of chances to take the lead. However at the death Borris-Ileigh showed greater strength and a late point followed by a goal broke Ballyfinn’s resistance and the final whistle was greeted with great relief and celebrations by all present. The cup and a special plaque to mark the tenth anniversary were presented to James McCormack captain of the Borris-Ileigh team while all players received medals. Congratulations and well done to the management and players and our thanks to Kilcotton for their invitation and hospitality on the day. Thanks also to those parents who travelled and supported the team throughout the day.


Feet up for Liam 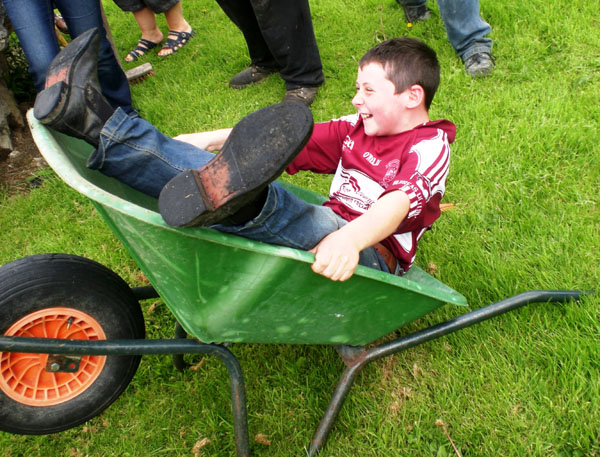 Little Liam thought that the ‘An Bord Snip Nua’ report was so funny that he nearly fell over! The wheel nearly came off his barrow!

Mattie puts boot to ball
The above pictures were taken at the quarter final of the North Senior Hurling Championship in Nenagh last Sunday 19 July. Borris-Ileigh won out in the end with a final score of 2-17 to 3-13 .  They will next play Nenagh in Nenagh on Sunday 26th July at 7:45 p.m.  Well done to Borris-Ileigh on their win and the best of luck in next Sunday’s game!! 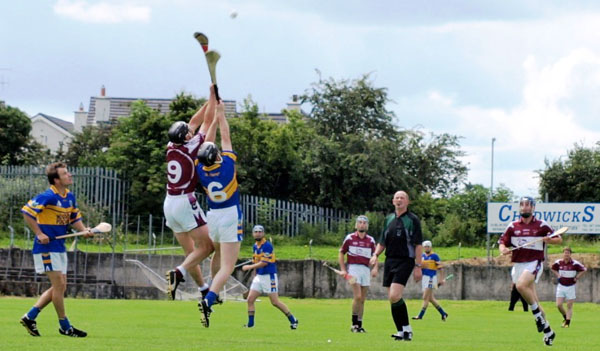 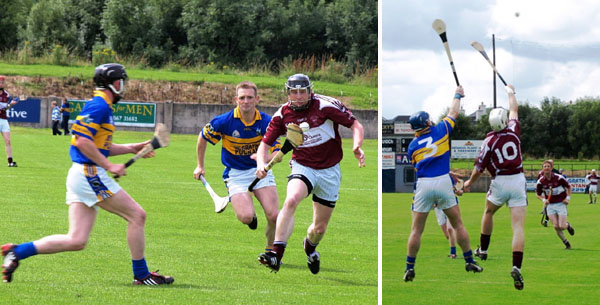 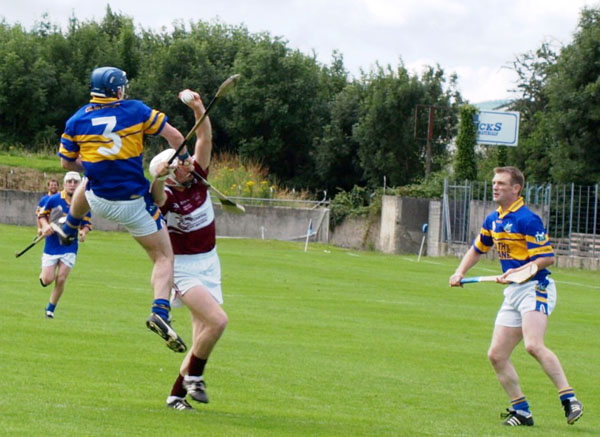 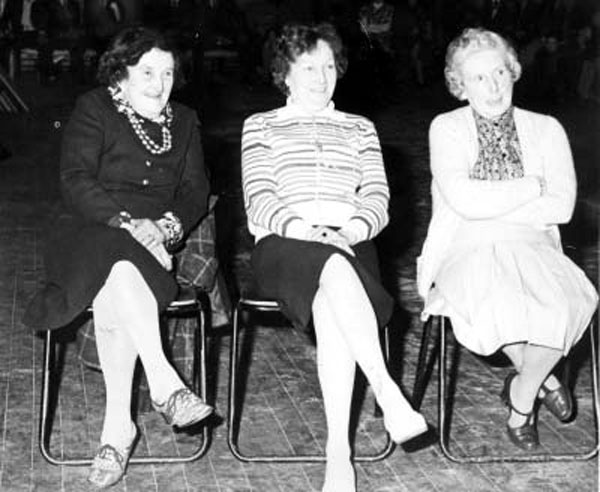