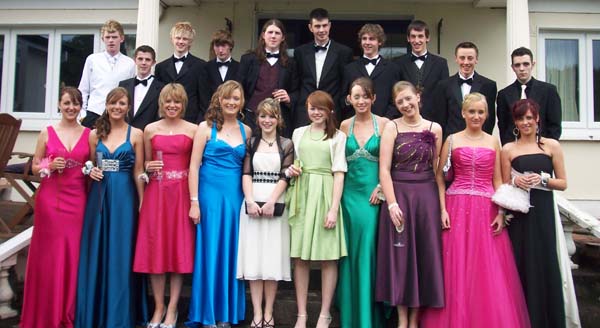 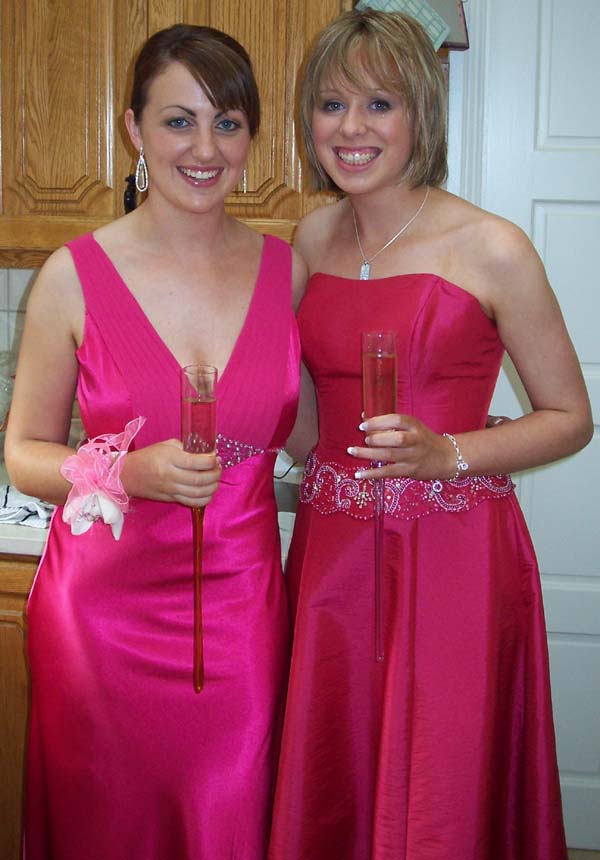 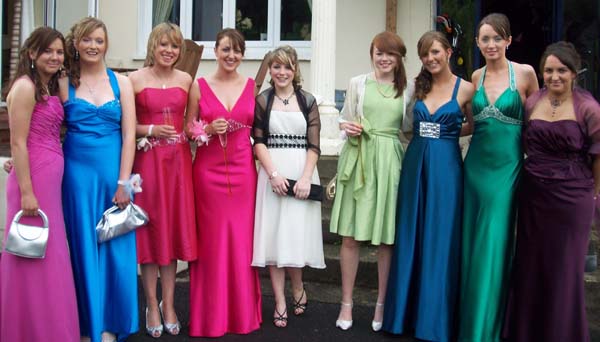 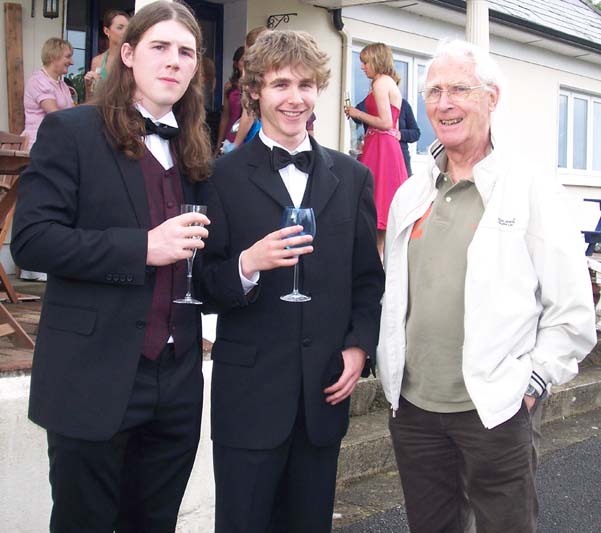 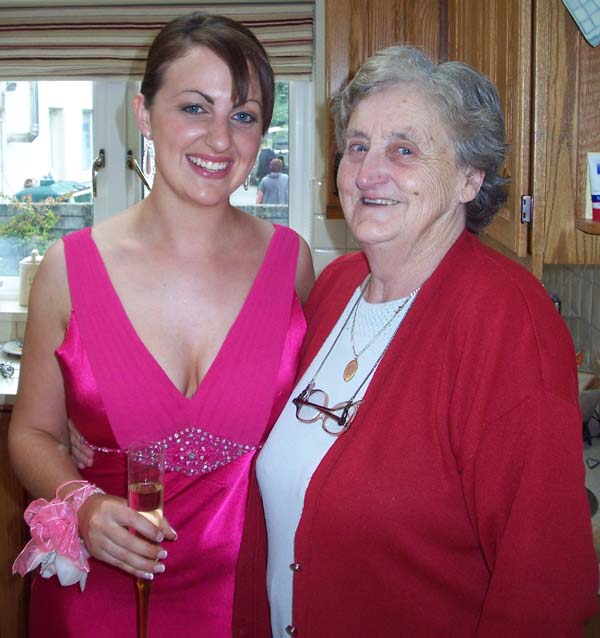 Grace Ryan and her granny Tess Groome Brothers in Arms 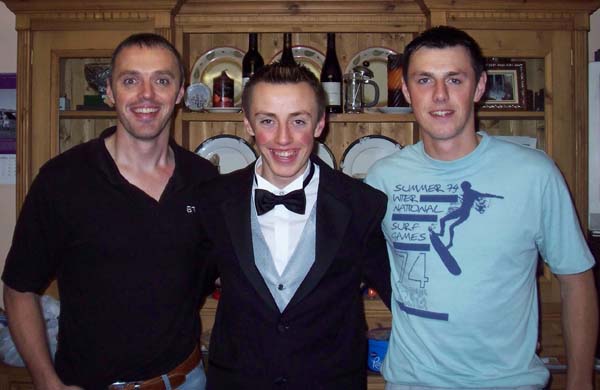 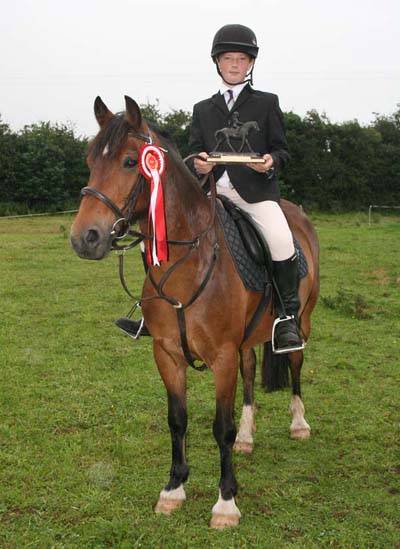 Seán Ryan, Rathmoy pictured here on his pony Epcot after winning the Perpetual Trophy at the Cappamore Agricultural Show on Wednesday August 20th last. Seán came first in the 138CD class and had two clear rounds in the competition. 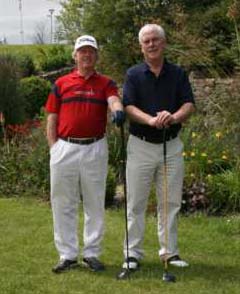 Mick Ryan and Tony Rabbitte who took to the fairways and were also prize winners on the day
The Harry Cup Competition was played last Saturday August 23rd in the Goldcoast Golf Club in Dungarvan, Co. Waterford. This Perpetual Cup is played for every year in honour of Harry Groome, one of the founding members of Harry Joes. A group of 39 golfers braved the wet and windy conditions. Declan Stapleton emerged the winner with Anthony Kelly in second place and James O’Mahony third. The Society would like to thank Don Ryan, Ryan Chilling Group for his very generous sponsorship of the day. The next outing will be held in Mountrath Golf (President’s Prize) on Saturday October 11th. 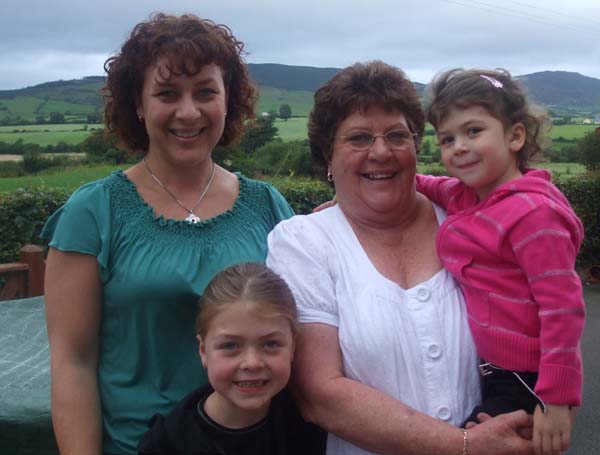 Carolyn Soward, Lismore, Australia on a visit to her daughter Kellie and her two granddaughters Liana Rose and Emma Louise. 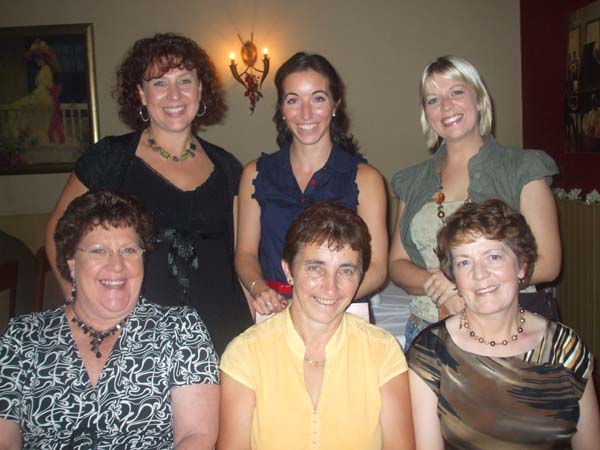 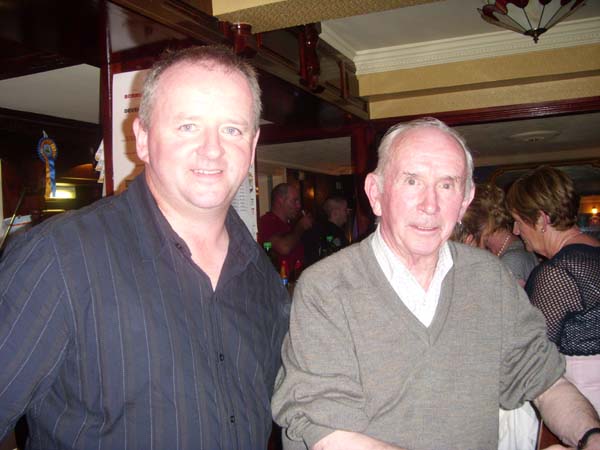 Mick Collins with his son Francis who is home from Australia, and is presently on holidays with his Dad in Borrisoleigh. Céad míle fáilte Francis. 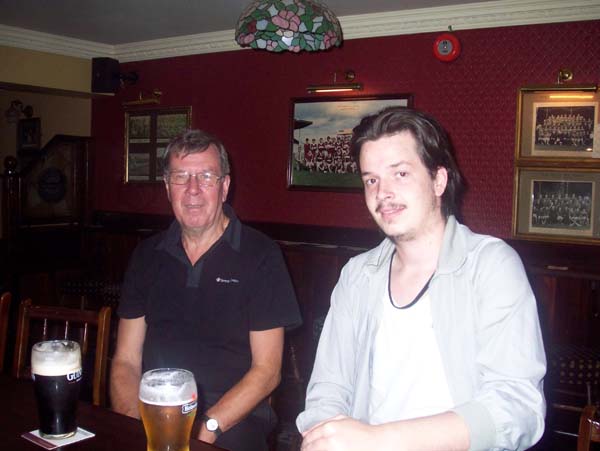 Willie Stapleton with his son Brian who has recently returned from a year in Japan.
The Black Stuff! 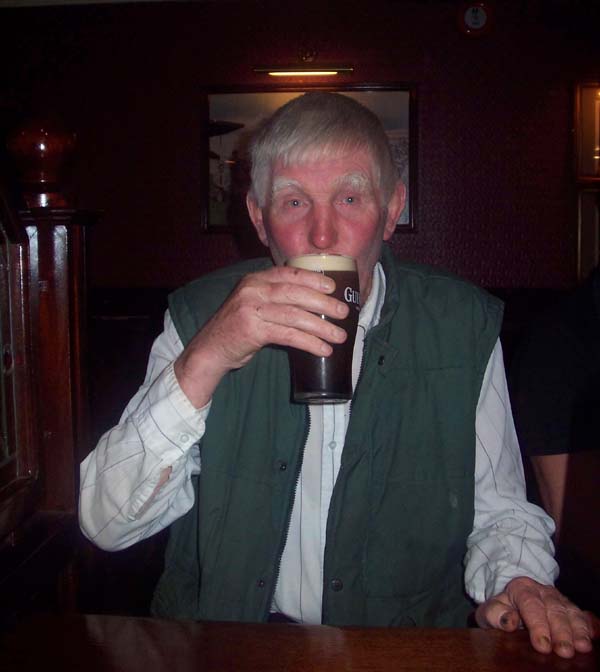 Gerry Ryan enjoying a pint of porter in Stapleton’s Bar

Night out at Comhaltas Session 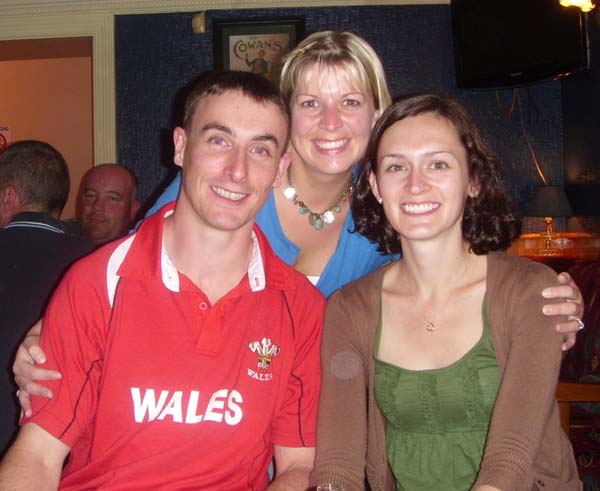 Annemarie Kelly with her college friends Rob and Sarah Woods from Wales enjoying the Comhaltas session in Stapleton’s on Thursday night last.

Night out in Japan

The above pictures were taken in Yokohama the night before Seán and Miyo’s wedding. The guests enjoyed a traditional Japanese meal washed down with plenty of sake! The Irish contingent then proceeded to the Comodo bar where the barman nicknamed ‘Seán Óg’ was ever so friendly!

We recently received an email from a French teaching assistant, Alexandra Merdy, who is coming to teach in St Joseph’s College in September.  She is looking for accomodation in Borrisoleigh starting on 27th September. She is prepared to stay with a family and give them French lessons or else rent an apartment.  She will not have a car so walking distance to the school is important.  If there is anyone with a room to rent in their home or with an apartment to rent, you can contact Alexandra by email at alex.mdy@laposte.net or else by phone on 0033679039015 (you can leave a message in English if you get voicemail!)
Results Marian Hall Lotto

Don’t forget to check out Borris-Ileigh GAA club news in our Sport menu http://www.borrisoleigh.ie/showClubNews.php?id=1
Pic of the past…down memory lane 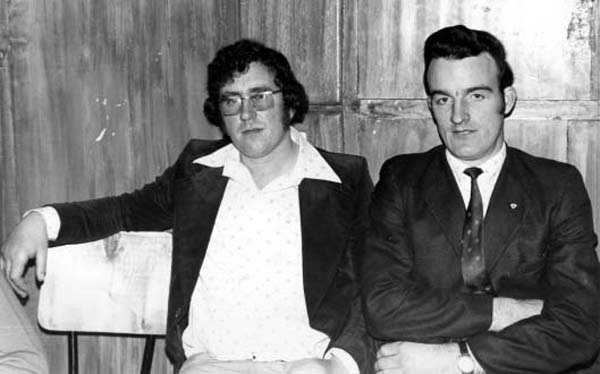 John Kennedy, Knockahorna and Seamus Bourke, Cullohill at a dance in the Marian Hall years ago