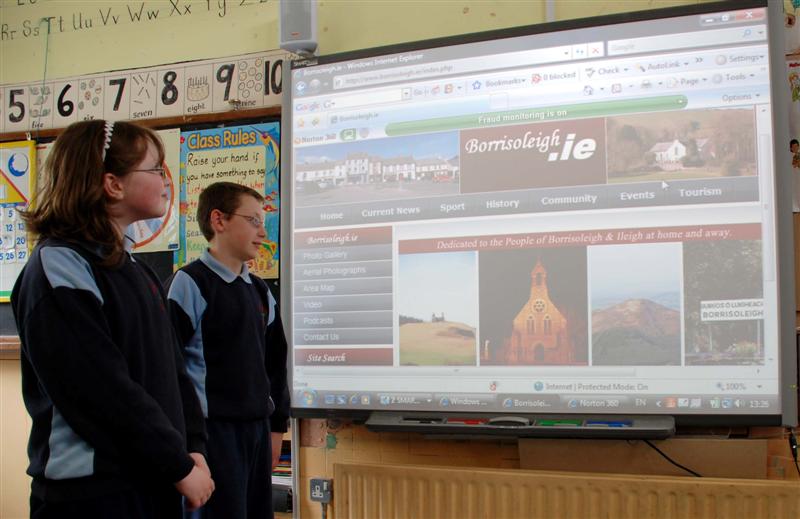 Anita Ryan and Michael Ryan of Scoil Bhride, Fantane getting a sneak preview of Borrisoleigh’s new website www.borrisoleigh.ie on their new interactive white board.

Scoil Bhride, Fantane has recently purchased two new interactive white boards – one for each classroom. These boards are the latest in interactive technology and have brought teaching and learning to a new level.
Thank You 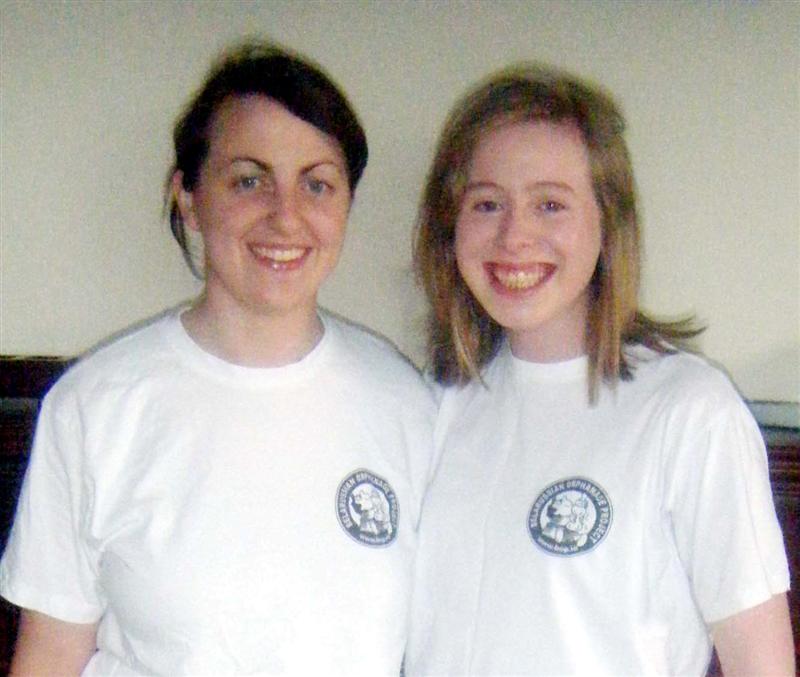 Grace Ryan and Marie Tynan would like to thank everyone who supported them for their recent Belarussian Orphanage Project Fund. After holding a hugely successful night in Stapleton’s Bar on Friday April 18th, they have reached their target of €2,500. Many thanks to the local musicans, singers, auctioneer and all who helped out in any way. Above all, thanks to you for your generosity, because without it we would not be travelling on the 17th July. "Go raibh maith agaibh go léir a chairde."
Scór Homecoming 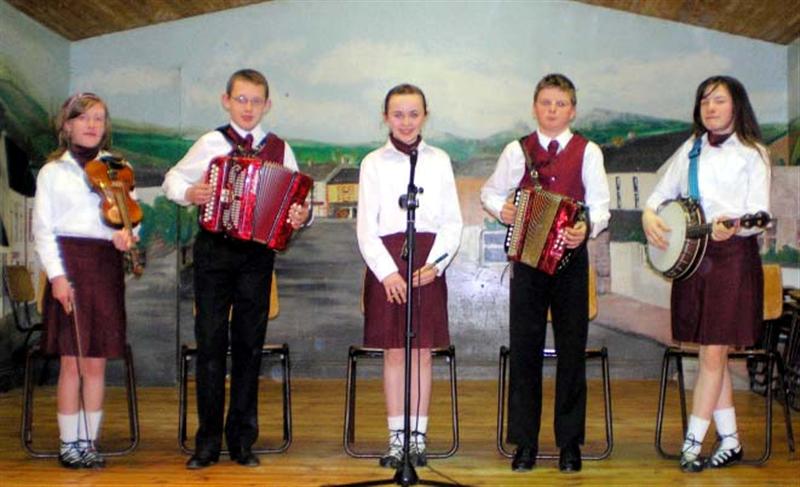 Members of Scór na bPáistí providing entertainment at the Homecoming
On Sunday evening last 27th April, in the Marian Hall, the Scór Committee organised a homecoming for the All-Ireland Senior Finalists in the Novelty Act competition . We previously had a homecoming in February for the Scór na nÓg – All Ireland Finalists in the Novelty Act competition. Yet again, they were the only Tipperary Representatives in the All-Ireland Final. They did their Parish, their County and Munster proud on the previous night in Killarney and were pipped on the night by a gallant team from Tyrone.

The MC as usual was Phil Maher. Parish Representatives from Scór na nÓg, Scór na bPáisti and Senior Scór provided entertainment. It was then the turn of the Novelty Act team to do their Act, much to the delight of all present. This was followed by well wishes from the Chairperson, Breda Ryan, Secretary of County Scór, Mary Bourke and Noel Joyce, Oifigeach Cultur, who all acknowledged their wonderful achievement. Jack Fahey acknowledged the great achievement by the team and confirmed that they would be back again next year to win the All Ireland.

Noel Joyce presented Cerificates to the team and Breda Ryan on behalf of Scór presented vouchers to them. Everyone then adjourned to the back room for refreshments. 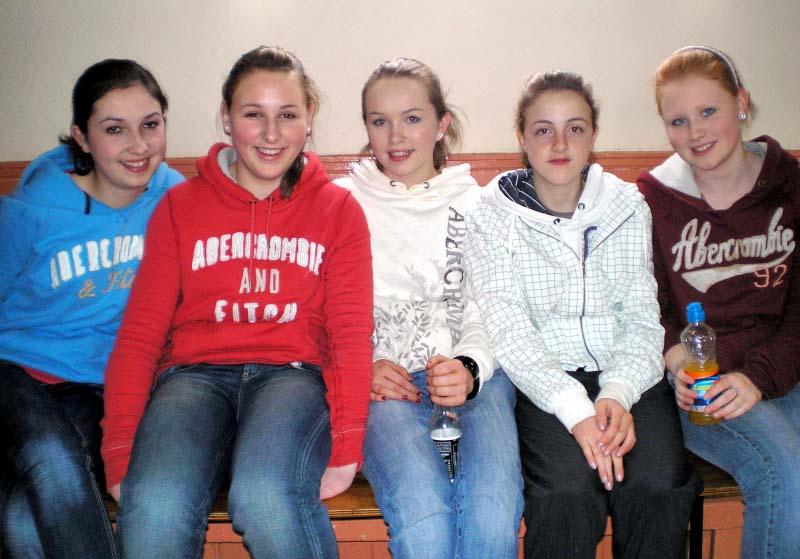 A Poker Classic was held in Stapletons Pub last Friday night in aid of Borrisoleigh AFC.  Many thanks to all who supported the night.

Congratulations to the winner of the Classic – Johnny Healy, Loughmore. 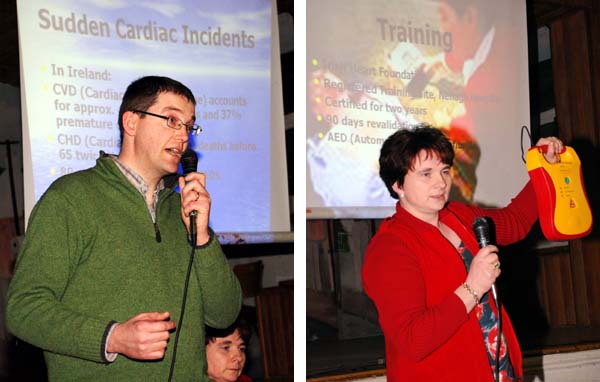 Dr Kevin Delargy and Christina Dwyer speaking at the information
evening to launch the defibrillator programme for Borrisoleigh.

Dr Kevin commented on the rate of Sudden Cardiac Incidents and wholly endorsed the setting up of this initiative. Christina then gave a brief description of the defibrillator unit and the training and policies that would be necessary to set up the progamme.  Fr Michael Barry introduced the speakers and concluded the meeting by encouraging all present to give this programme their full support. Those interested in getting involved in CPR training or becoming First Responders had the opportunity of signing up. Notification will follow in due course as to any developments.

Borrisoleigh’s Junior B team, from the newly formed camogie club, played their first challenge match against Silvermines in Dolla Tuesday evening 29th April. They went on to play the first round of the league against Thurles Sarsfields on Thursday May 1st.

Down Memory Lane… pic of the past. 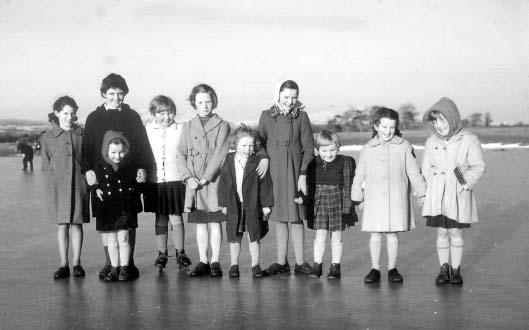